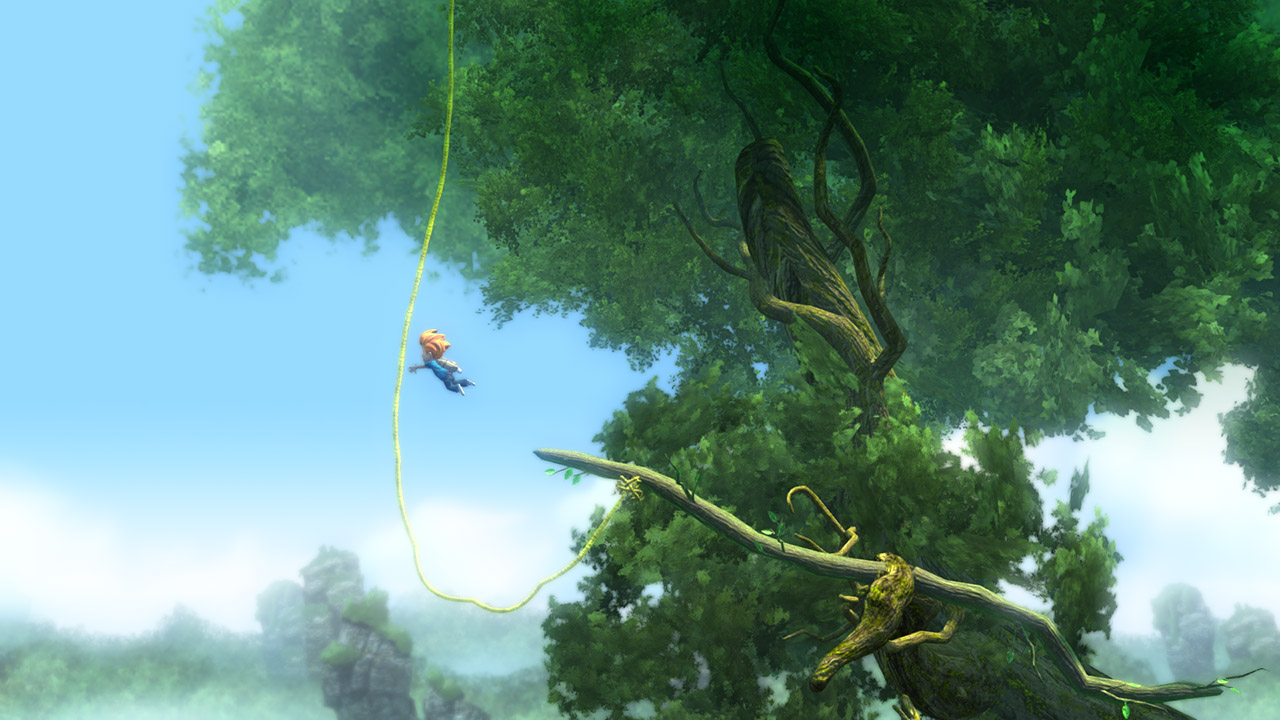 Max: the Curse of Brotherhood is apparently the sequel to Max and the Magic Marker, something that didn’t click with me right away. In this story, Max is pissed that his younger brother is playing with his toys, so he checks the Internet for a dark spell to make his brother disappear. You know, like kids do. Turns out the top hit is actually a working spell, and Max watches his brother, Felix, get dragged into a void of unknown horror into another dimension. Strangely, Max wasn’t actually hoping for something this dark to unfold before him, and jumps into the portal after the monsters that abducted Felix. Once in this new world, Max also learns about an evil Lord Mustacho, who is behind this brother abducting business, and Max sets out to get Felix back and overthrow the bad guys.

The first thing you’ll notice is that Max: the Curse of Brotherhood is a sight to behold in a really positive way. I was astonished how the game maintains the hand drawn, pop cartoon style that’s presented in the cutscenes, and was genuinely impressed how it carries throughout. Everything feels like I’m playing through an animated feature film, from Max’s fluid movements to the breathtaking scope of the landscape that he’s ended up in. One small drawback is that, when the camera pans way out to showcase everything, there’s a bit of framedrop and lag, not to mention a loss of perspective with trying to keep an eye on Max as he’s moving forward. Nevertheless, the game is certainly one to behold, and you’ll feel that way all the way through in terms of design and graphics. 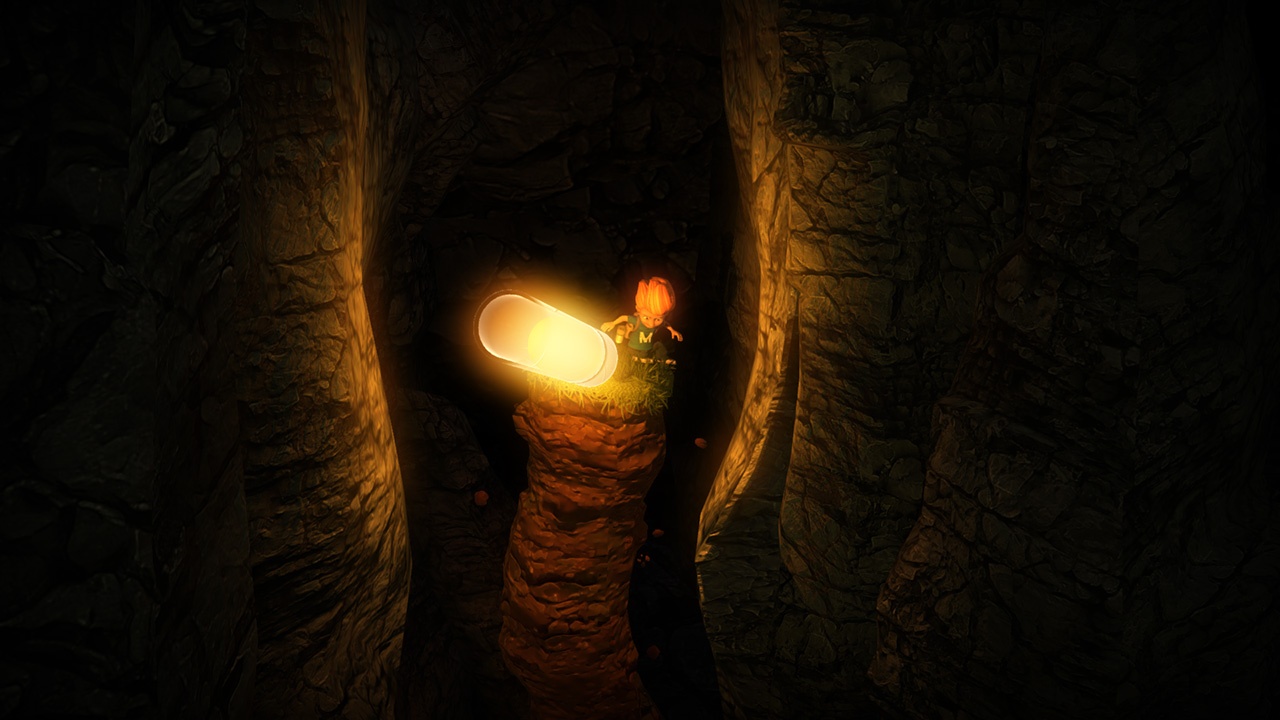 And when Max gets moving, this game is absolutely engaging and satisfying. Playing out in a 2D platformer, Max has to jump, swing, climb and crawl through various areas and obstacles to get to where he needs to be. Max isn’t a fighter or a champion: he’s a kid who’s been thrust into the Forbidden Zone because he used Google to practice dark magic. When enemies gang up on him, he’s toast. The best Max can ever hope for is a bit of luck and timing, and hoping that the enemies that chase him aren’t as bestial as you’d imagine. Part of his quest is to also dismantle all of the “eyes” that Lord Mustacho has set up around the world, and they are literal eyes on stalks that monitor everything and everyone. Every single time Max finds one, you’re treated to a pretty long animation of him tearing it out of the ground, but finding all of the eyes is pivotal to getting the best ending and making the world a better place for all. Thankfully, you won’t always be tearing up eyes, but, instead, will spend a good amount of time running for your life. In the very beginning, one of the first sequences is Max fleeing a colossal beast who’s hellbent on squishing Max. It’s invigorating and fun, and you almost forget for a moment that this is a sequel to Max & the Magic Marker…until the game stops everything to remind you.

About ten minutes into the game (that’s how quickly the magic died) Max finds the marker from the previous iteration, and now we’ve got a brand new mechanic under our belt, and it’s the most irregular and pain-in-the-ass situation I could imagine. The game had already established that it had the fortitude and ability to make an enjoyable quest that was basically quick-wits platforming combined with the occasional pressure cooker scenario, and that actually felt like it was going to be fantastic. But the Marker is anything but a quick situation, especially on the Switch. Now you have the ability to create and destroy things, but, like the previous Max & the Magic Marker, it’s not a free-for-all situation a la Scibblenauts. Instead, you can draw and erase very specific points on the screen, and you gotta use a hovering cursor to target them, something I abhor doing with the Joycon joystick. Growing or shrinking platforms is an imprecise technique, and, more of than not, you’ll need to grumble and start over once you realize either you can’t reach the next level or Max can’t reach the thing you just drew. 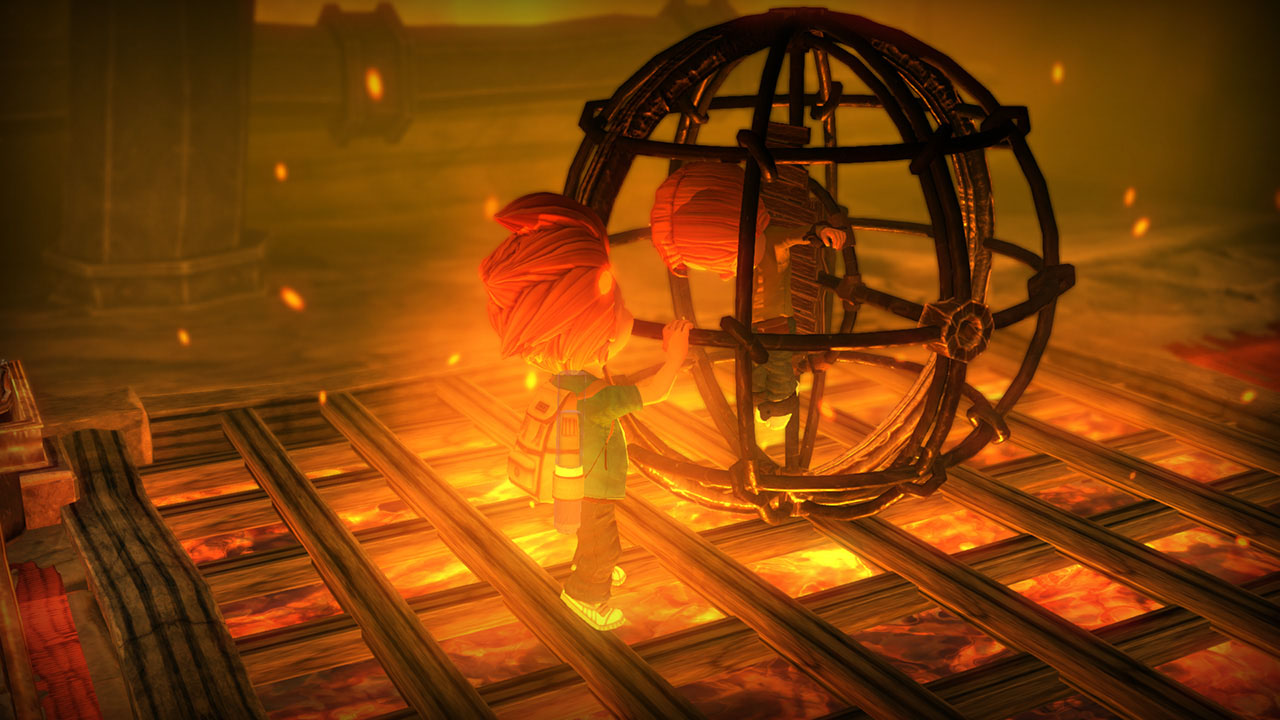 And it really bothers me, because it doesn’t feel naturally part of the world and the game whatsoever. A majority of the puzzles that come could still be just as tricky without needing to stop everything and do a magic show, but Max: the Curse of Brotherhood almost feels like it wasn’t confident enough to step into another adventure without showing that Press Play had made a game before, with these exact characters, and it was successful, so here it should be successful too. If Mario had to do every single freaking odd job that he’s done in previous games when it came time to make Mario Odyssey, it would have been a total mess of sports, driving, time travel, learning addition and who knows what else. This game could have EASILY been a standout success and a treasure simply by taking what it presented in the first 14 minutes and letting players play and explore this beautiful, top-tier design while running, jumping and climbing for their lives. Instead, we have to run at full speed, screech to a stop, and then do some paint by numbers to get to the next area. It totally ruins the pacing and feels like being in a car with a student driver. Blinding acceleration followed by slamming on the brakes too hard and still ending up hitting the orange cones.

Sadly, the Marker element is a neverending presence in Max: the Curse of Brotherhood, and it marrs what should have been a smashing showcase of a great indie game. If you are taken by the art and don’t mind having to sing for your supper instead of playing a game, Max: the Curse of Brotherhood does have a great story and a lot of wonderful areas to explore and plenty to do. However, if you want to actually play the game and, like me, can’t stand something that’s been shoehorned in, then you might want to leave this title (and the dark spell that summoned it) untouched on the eShop.