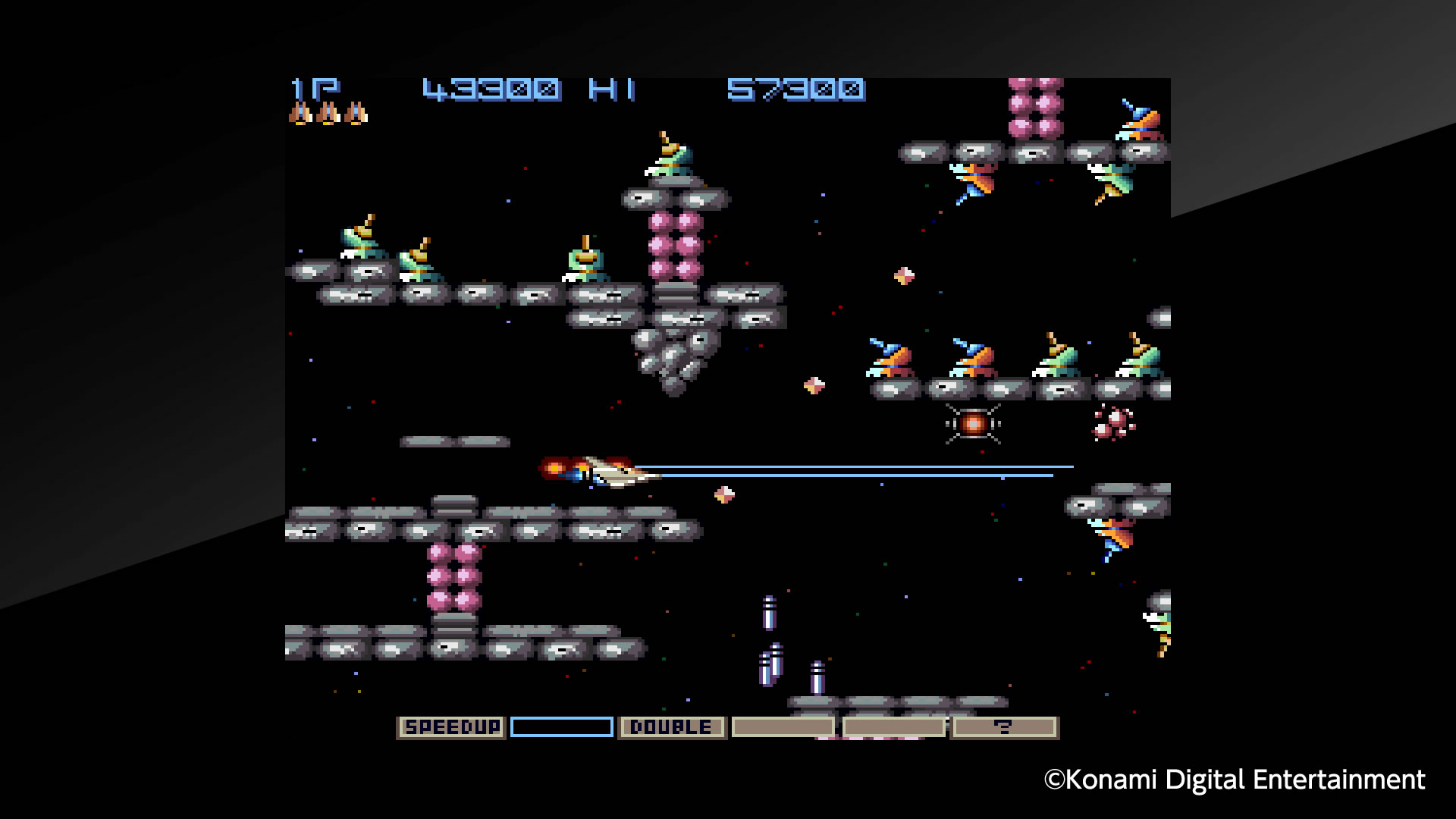 Gradius is a classic. There are no two ways about it. It’s one of the finest shooters ever created and even 30 years after its original arcade release, still manages to provide a highly entertaining and extremely playable gaming experience. It’s not without its faults, and for those who don’t have a nostalgic link to the game, the relatively simplistic design, short length and no-frills presentation might be too much to get past, but for those with fond memories of the arcade original (or the largely brilliant NES port), this is an almost lavish recreation of the arcade original by Hamster Corp as part of the Arcade Archives series.

I say all of its forms as, despite being fundamentally very similar experiences, Arcade Archives Gradius includes all three arcade versions from Japan, North American, and Europe. Beyond being released as Nemesis in North America and Europe, the differences are relatively minimal, but for the purists, it’s interesting to see how the North American and Euro release have the slight edge over the Japanese original on a purely technical level while the US version also manages to be the trickiest of the three but is also home to an additional power-up acquired upon death. Again, these differences will hardly be noticed by any but the most committed of Gradius fan-boys, but still, as a complete arcade collection, it’s nice to have the full set. 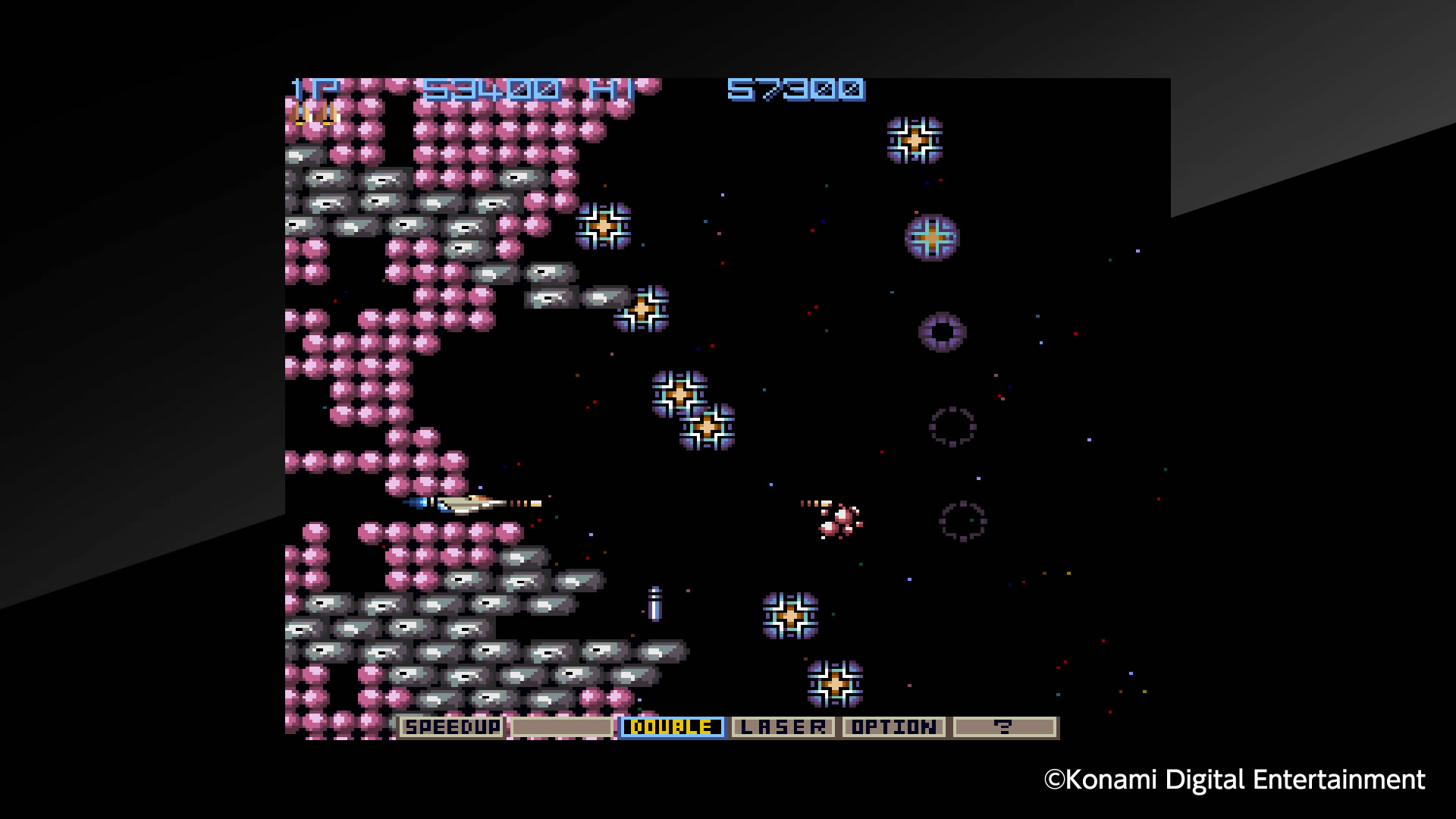 What’s not so nice (although that will depend on your point of view), is the complete lack of improvements or addditions. Yes, it’s great to have all three arcade originals faithfully recreated as per their original release back in 1985, but it would be great if they had additional versions (perhaps without leaderboards) that could have fixed the often horrible slowdown that, while true to the original arcade gameplay, will ultimately mar the experience for all but the true traditionalists.

This is a basic, but fundamentally sound package from top to bottom. I would have liked a bit more in the way of cool unlockables or additional game modes (especially given the £7.99 price-tag), but as a faithful recreation of an historically important and still largely enjoyable shooter, this re-release of Gradius really does hit the mark. 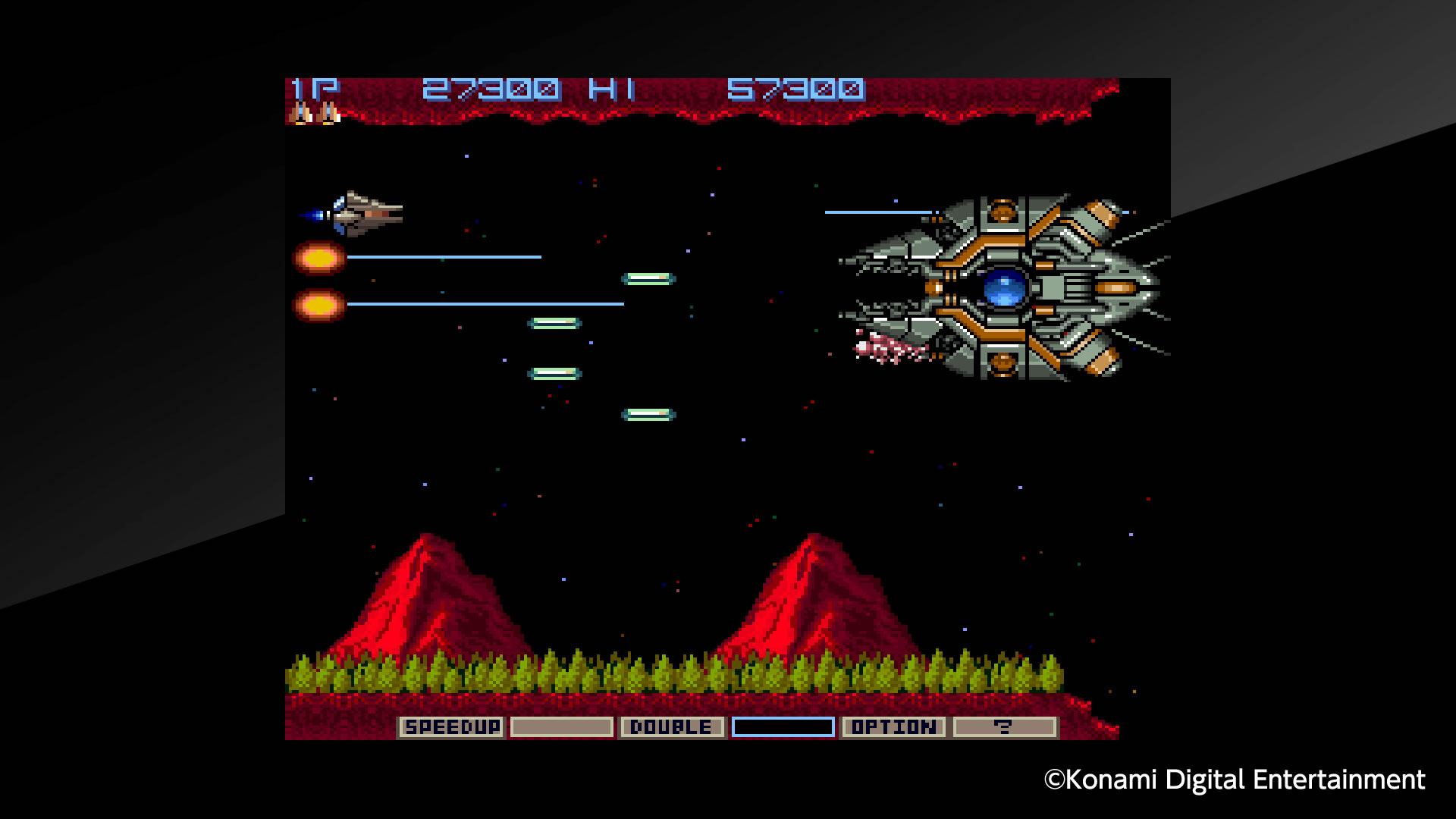 The visuals are undoubtedly old fashioned, but there is a simplistic charm to the games’ unique aesthetic while the core gameplay remains as solid as ever (there is a reason that sequels remained so true to the original design). The weapon upgrade system, while lacking the visual punch of later releases remains fantastic while the smooth, addictive gunplay continues to hold up amazing well. Gamers with fond memories of the soundtrack will be glad to hear that it’s as good as you remember, and while the sound effects can get a bit repetitive, it’s hard to get to upset when the audio/visual design is of such a consistently high standard. It’s a shame that the leaderboards only reach as far as the top 100 (a very Japanese-centric top 100 at the time of writing), but again, even that lends itself well to the purity of the overall package.

Beyond the ability to play the Japanese, North American, and European versions, this is an undoubtedly barebones package, and while some will inevitably be put off by the sheer simplicity of this 30 year old re-release, many more will unquestionably love the purity of the overall experience. Whichever camp you fall into, the fact remains that Arcade Archives Gradius holds up incredibly well for a game released in the same year as The Goonies and Back to the Future. I would still opt for the PS2 version of Gradius V for those new to the series (available as a PS2 classic for the PS3 and possibly my favourite shooter of all time), but for those looking to see where it all began and to see why the original Gradius is considered such an important release for the industry as much as the genre, this re-release should certainly do the trick.