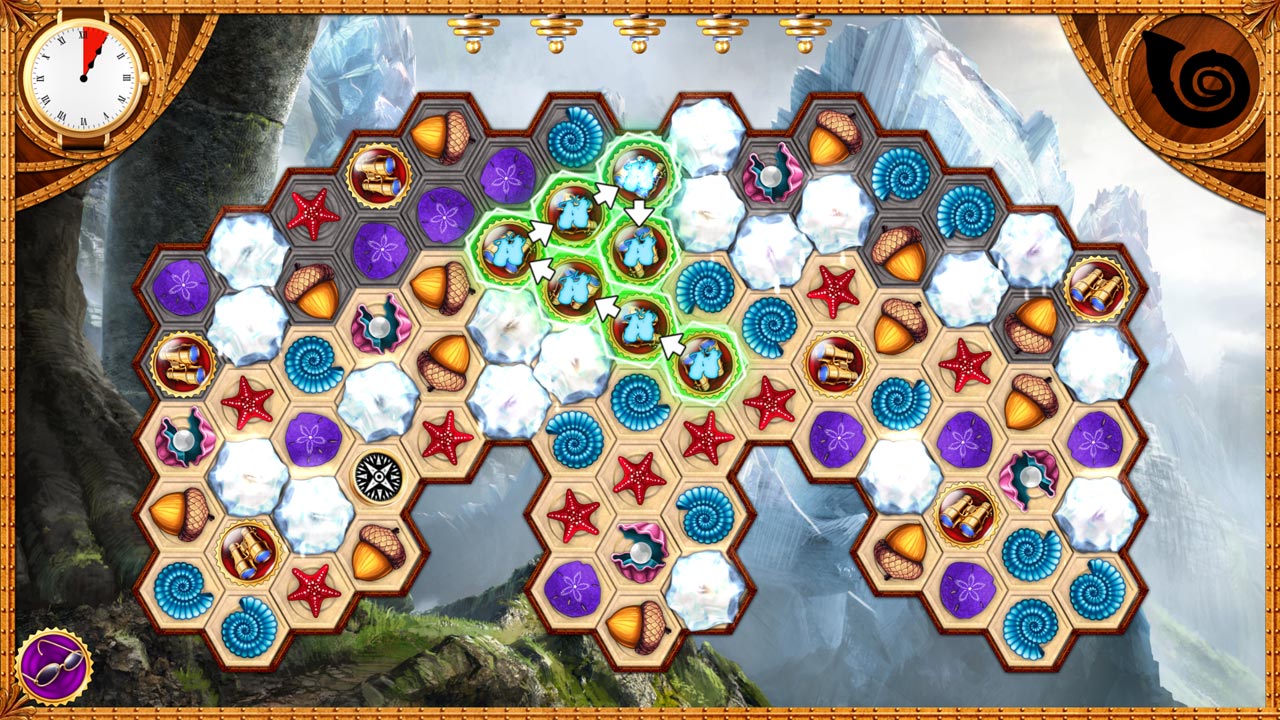 Imagine being told, years ago, that the most successful activity in the world would be all about candy. Not eating it, but destroying it, or “crushing” the candy, as it were. You’d go ahead, and there would be candy on a small, glass screen, and you’d tap it with a finger and destroy it, sometimes causing a chain reaction of broken candy. There is no plotline, no motive, and literally nothing driving you to do this other than a running tally that lets you know how much candy you’ve crushed. Then, when you’re confused enough, I tell you this activity will make someone BILLIONS of dollars, despite the product being free. You’d be right to assume I was a crazy person who clearly didn’t know how money or the human mind worked, but here we are, years later, and King was bought by Activision to the tune of almost six billion dollars. Insane. The point is, you’d be surprised how much people enjoy their puzzle games, even when there isn’t any sort of motivation behind playing them. So it’s refreshing and almost endearing to see any variation of “simple puzzle” idea being given life and depth beyond a shallow mechanic.

Azkend 2: The World Beneath is the sequel to a game I had never even heard of (most matching games are outside my general gaming sphere) and has now been brought to the Nintendo Switch by our friends at 10Tons Ltd. In this game, you are experiencing the story of a young ship captain who, while sailing her vessel across the Transatlantic towards New York, gets sucked into a mysterious whirlpool. Rather than simply dashing her ship to shreds, she finds that everyone and everything aboard the ship has been pulled into a beautiful and almost alien world that exists beneath the surface of the Earth. Curious and frightened, you must explore this new land and find out the secrets it holds, including this clearly lost civilization and, most importantly, how to get back home. It’s almost classical in the storylines presentation, and the setting and narration tone give this the feeling of something you would read from H.G. Wells or another Victorian era science fiction trailblazer. It’s clearly something fictitious, but it never goes so far off the rails that it’s too fantastical. The description of the world, combined with the art style, almost gave me a feeling in the realm of the John Carter of Mars series. 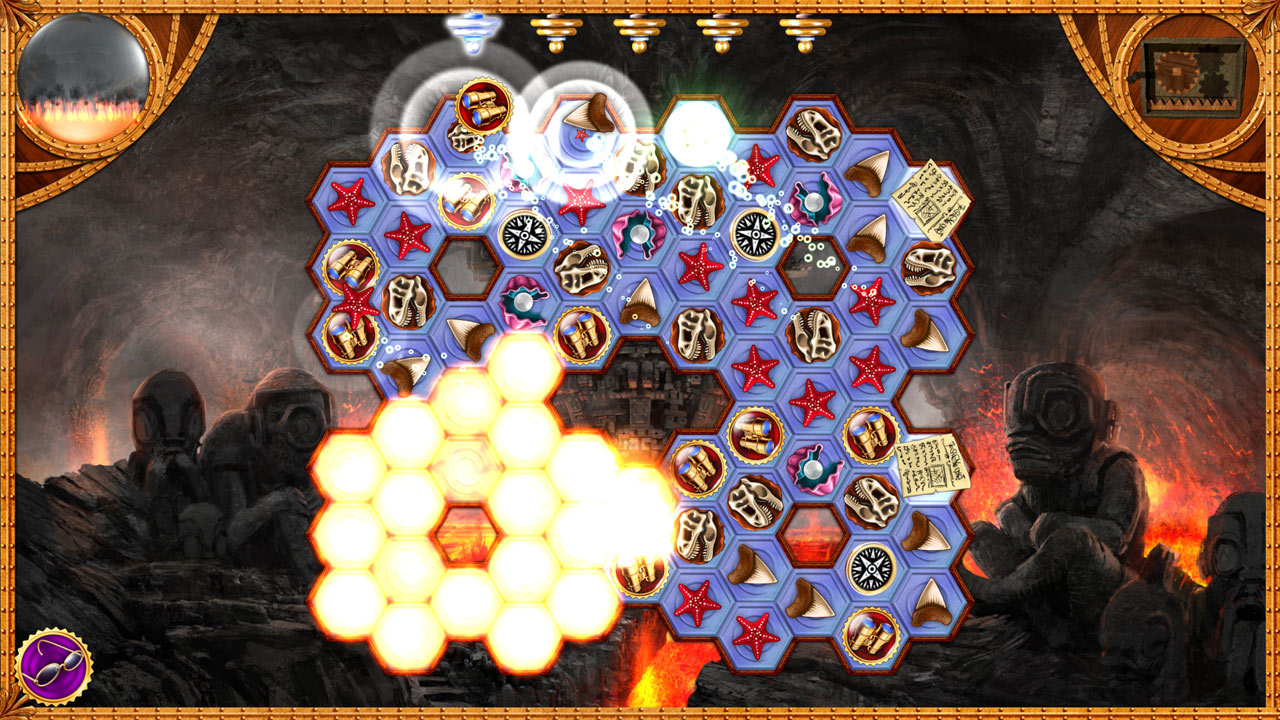 The gameplay, however, is very different from the beautiful world that Azkend 2 presents. This is technically a match three game, though, as anyone will tell you, matching more than three is always the best situation. Each iteration of play has some different twist to it that makes it more interesting than most, such as half the board being clouded and unknown until you match near it, or giant blocks of ice appear on the board that need to be matched near to defrost. The board will sometimes feel cohesive to what’s happening in the plot at the moment, but not always. After the whole board is covered in some way, an artifact appears that you need and you have to escort it to the bottom of the board in order to win. There’s a countdown timer, but that’s (usually) just incentive to keep your own time down in the process. I’ve described the bulk of the game in these few sentences, so let’s talk about what makes it a bit different.

For one, this Victorian style of storytelling allows for interesting, almost steampunk additions to things, such as a Tesla coil that slowly charges from matches and fires lightning to break up offending blocks. The artifacts you unlock become new tiles that can appear on the board as either powerups or just extra effects, which help to keep things fresh and different with each play. Additionally, you have active powerups (tiles you select to play with) and passive ones (bonus powers that just exist) and they all can be swapped around to add some spice to the game. The compass, another early power up, felt too heavy because it could be used to make literally any match happen, but I realized its importance and necessity the further I played. You see, Azkend 2 makes a point to have unique, twisting boards that don’t allot for straight up and down paths, but usually angular, broken cascades of tiles, resulting in a lot of narrow tunnels that need to be cleared, come hell or high water. All the sudden, having a Swiss Army tile ready to match a pearl to a pair of binoculars doesn’t seem so OP and I’m grateful it exists.

With a sweeping, cinematic soundtrack and some really well designed icons, the matching part of the game is phenomenal, and some of the best laid designs I’ve seen in terms of making a board that asks you to think about your moves. Unfortunately, the game is also broken up by the occasional timed minigame of “spot the spot,” in which you have six small fragments of a bigger picture you need to identify before time runs out. Until this moment, I haven’t mentioned anything about the controls, which, as a puzzle game, give you the option of either physical buttons or touch screen. Either work well for the puzzle portion, though, naturally, I recommend the touch screen so that you can also get comfy with your play. However, the look and find mini games are damn near impossible with the buttons, because trying to control a virtual pointer with a joystick and finding the exact pixel to click on in order to guess the area correctly sucks, point blank. This is something that made sense on a mobile device, on a computer, and even on the PS4, whose controllers have trackpads built in. But, since the Switch isn’t afforded anything close to this just yet, it’s pretty terrible to trudge through. Thankfully, the mini games generally give you a little boost in the next main puzzle and aren’t needed in order to progress. Little miracles, I suppose. 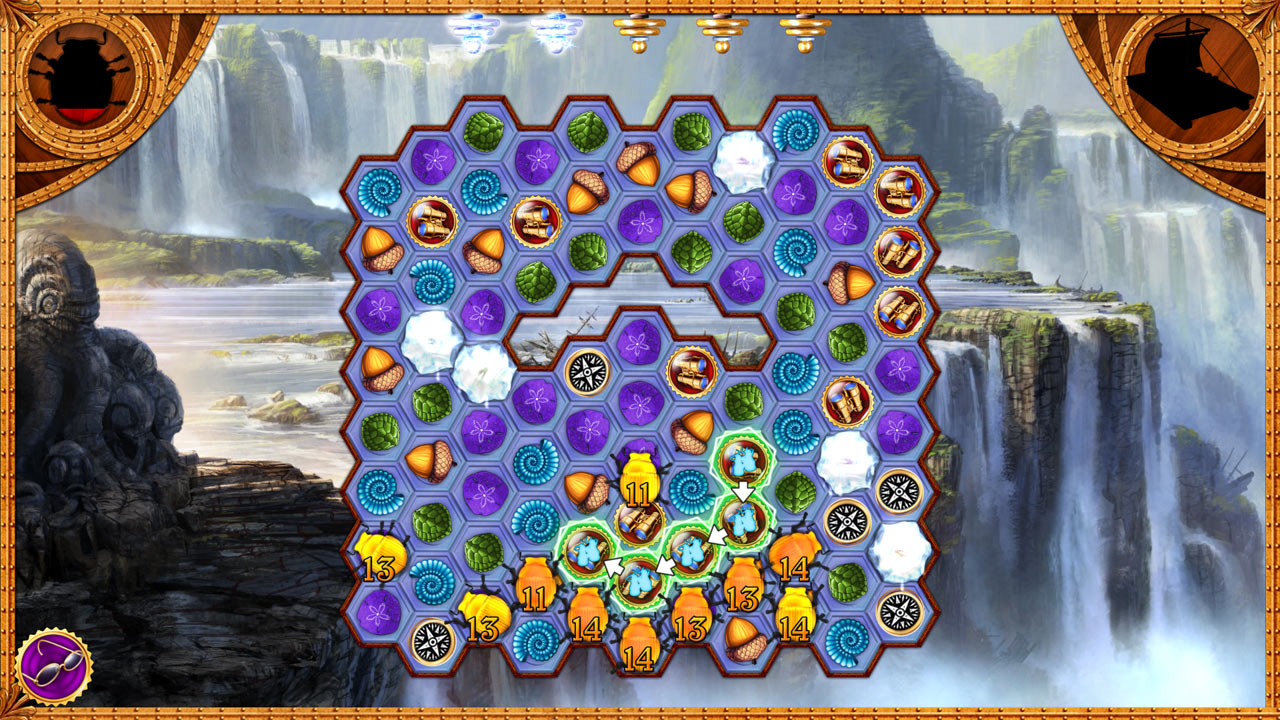 If I could have extracted the plot of Azkend 2 from the game and followed it separately, I absolutely would have. There is this sweeping, historic find in the heart of the Earth, and I need to break it up by stopping and doing puzzles, sometimes several in a row, before I could move ahead. It felt a little disjointed, at least if you were super focused on the plot of everything. As a vessel to move the puzzles along, it was good, but, as a backend to understanding what was actually going on in the narrator’s world, it was pretty choppy. That’s not to say it’s bad, I’m just saying there might actually be a market for the story outside of this puzzle game.

Still, I enjoyed my time with Azkend 2 immensely. It was vivid, mechanically sound and engaging without being stressful. Another great title brought to the Switch, and a safe bet for anyone looking for a bit of poetry with their puzzles.