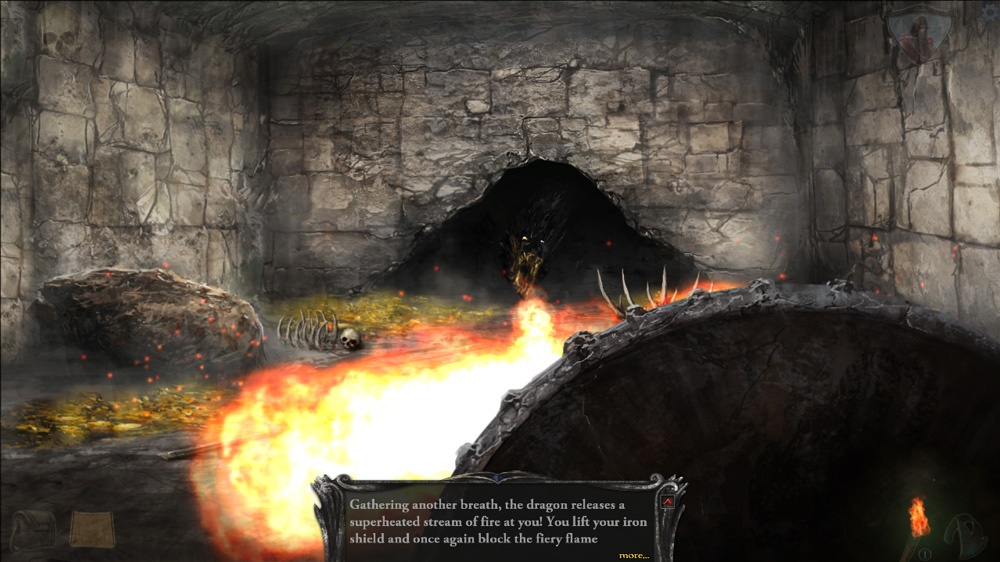 During the times of the Commodore Amiga, Atari ST and even the NES, dungeon crawling was all the rage. It was a style of gaming that suited the architecture of the era’s technology, bringing a narrative form and interactive elements with a point-and-click mechanic, as well as portraying a variety of locales that were graphically and textually described. Without doubt, the pinnacle of its style had to be with the release of Shadowgate, with its  eye-pleasing presentation and gruelling difficulty. With the changing face of technological advancements, free-roaming and third-dimensional gaming, it was a genre that soon became lost within the sands of time. However, in recent years, its form has seen a resurgence and now, the pinnacle of its genre receives a complete make-over, with the release of an enhanced version of the infamous Shadowgate.

Developed and published by Abstraction Games and Zojoi Studios, this thirty-year old title still retains all of its originality, at least in terms of content and gameplay, but now incorporates a richer presentation, expanded tasks, sublime musical scores and new content. It’s essentially the same game that wowed gamers back in the late eighties. However, the graphical representations of its locales have been given a complete overhaul, it’s puzzles expanded upon and the narrative given a voice-over. This version of the game has seen previous releases on PC and mobile platforms and is now seeing the light of the day on the Nintendo Switch too.

In terms of gameplay, this is a game that is best described as sitting between a point-and-click adventure and reading a fighting-fantasy style of book where your decisions determine your fate. You play as a hero with a regal background, who embarks on a venture to enter the labyrinths of Shadowgate; a cavernous castle that has become besieged by an evil warlock in an attempt to raise an ancient demon from the depths of its dungeons. The story unfolds through a series of narratives and some delectable looking concept arts that really brings the settings to life. 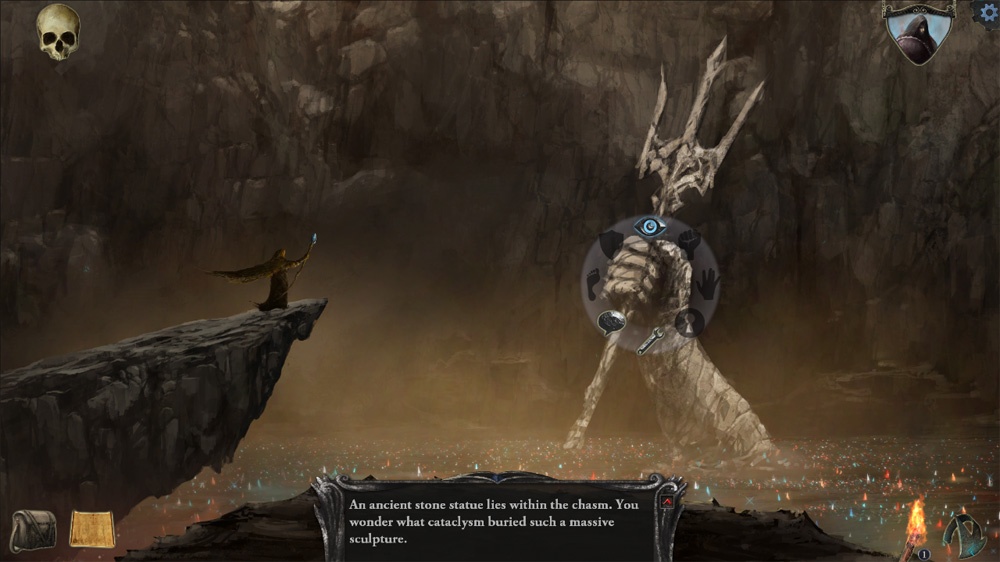 Each of the locales presents you with a series of puzzles, locations to explore and interact with. Some even contain further interactive elements that require you to shield yourself from any surprise attacks that may transpire. Its original design was one that was primarily a mouse and keyboard adventure. However, recent iterations have also incorporated a touch-screen element and key mappings to make it more console friendly. With this Switch version, both the elements of clever key-binding and touch-screen implementation have been added to produce an easy-to-use control scheme that, for the most part, works sublimely. However, much of the clunkiness of its old-fashioned mechanics of item and menu selection still remains, forcing you to trawl through a series of sub-sections and sub-menus, as well item selections being more complicated than you may necessarily be more used too with other modern games.

If you’re a seasoned vet from the original game, then there’s a lot to love here. It still retains everything that the original held, plus more. All of its puzzles and challenges, as well as traps have been faithfully recreated here, as well as its impending sense of doom with its, quite frankly, unforgiving level of difficulty. However, to help newer audiences, as well as satisfy returning adventurers, the game comes with a series of difficulty levels that offer hints and tips to ever-lasting torches, all the way to a gruesome level of no saves that forces you to play through the game in one complete setting. Now, that’s what I call hardcore, as the game constantly challenges you with the unknown. Death is always just around the corner, be it a fabled beast that catches you unaware to picking up a book that activates a trap door beneath your feet. Thankfully, the lower difficulty setting also comes with an ability to save the game on-the-fly which is very much, a saving grace, if you’ll pardon the pun. 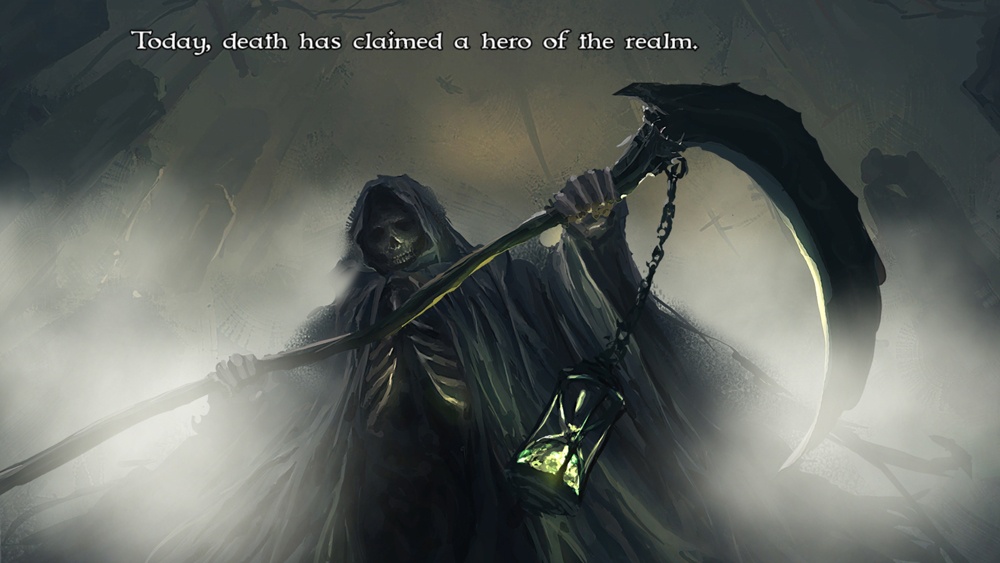 There’s a huge level of complexity involved with the game, from its gruelling difficulty, puzzling puzzles and item requisition. The eighties were infamous for containing games that held puzzles that bore no sense whatsoever and these still remain in this re-hash of Shadowgate. Finding specific items within the scenery can be easily missed and combining certain items within your inventory needs to be dome in a certain order for it to work. It all adds to the challenge and if you’re new to the game, can prove to be something that takes some getting used too. However, should you find it all just a tad frustrating, then there are plenty of guides available on the internet to help you through the more difficult of tasks.

For some real nostalgia, you can also change the presentation of the game’s features, resorting back to a pixelated form and chip-tuned score that was originally designed for NES version of the game. However, these extra features are mainly gimicky and not really necessary, as the new art-styles and musical score from Rich Douglas produce a much more satisfying experience for any would-be adventurers daring the explore the expanses of Shadowgate. Despite the age of the original title and gruelling difficulty, I found this to be a game that sits really nicely upon the Nintendo Switch. Having played previous versions of the game, I found the style of this game to be better suited to Nintendo’s console, lifting it to a higher plane that can be found on other platforms.

Overall, Shadowgate offers a nice insight into what games used to be like, but one that has been given a remarkable lick of paint with its atmospheric presentations, both in its aesthetical look and soundtracks. It’s UI can feel a little clunky and outdated, but some clever key bindings create a series of shortcuts that suits the control scheme of a console. For me though, its biggest selling point lies within its styling that produces a title that sits perfectly on the Nintendo Switch; especially if you play on the move as its simple pacing and level of thought produces a perfect pastime in which to lose yourself.

An old-school classic that’s been revitalised with a touch of modernity.