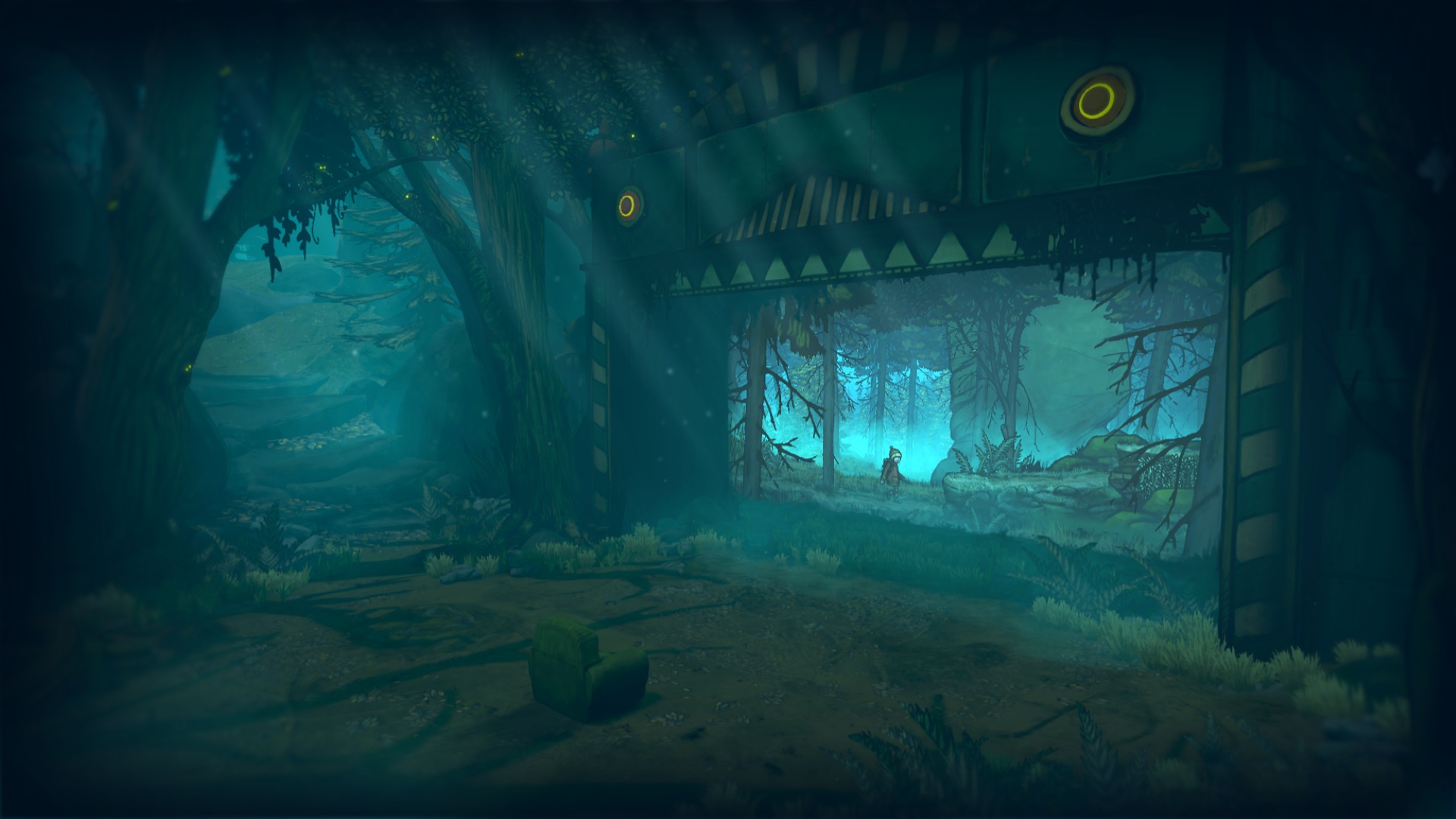 The Lost Bear is a 2D puzzle platformer in which you play as a little boy, who lives in a camp with his father. One day he ventures into the woods alone only to fall into a pit, dropping his favourite toy bear, which is then snatched up by a spider. As the player you must progress through the hazardous world around you by solving puzzles in order to follow the spider in the hopes of retrieving your stolen bear.

Virtual reality is implemented in a very different way to how it usually is in other titles. In other games it’s usually used in a first person view however in The Lost Bear it is from a third person perspective observing the little boy that you control. You are positioned in what can only be described as a theatre except in this theatre there is only one seat and you are the only audience member. The curtains then open up, revealing to you the 2D landscape in which the little boy’s adventure takes place. 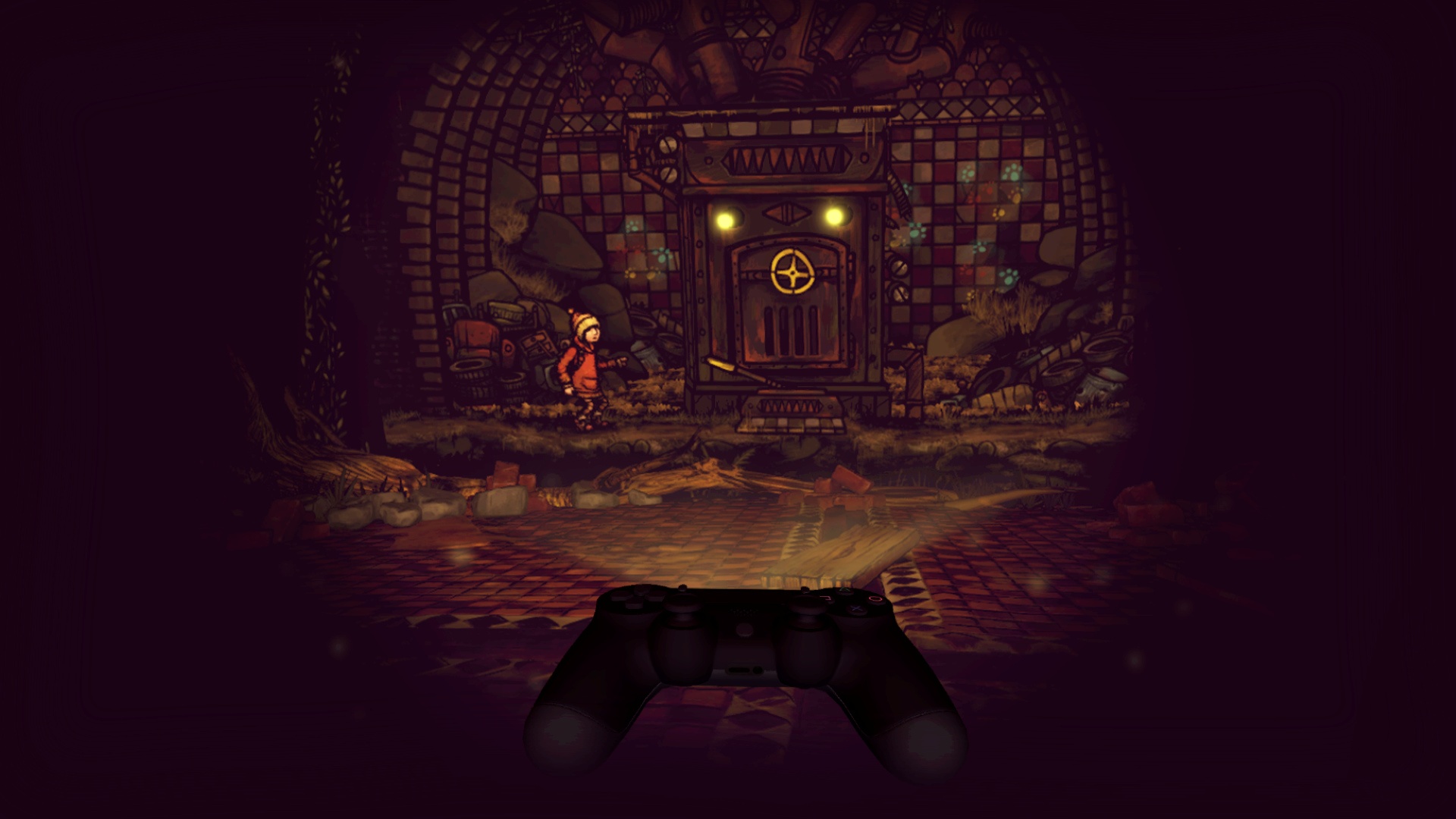 As the boy’s adventure progresses the environment around you will change to reflect that of which the boy is travelling through. For instance in one location it begins to rain on the boy and so it also begins to rain on you, droplets of water trickling past your face; that can give you a start in VR if you’re not expecting it. Other pleasant changes in the environment that we noticed were: butterflies and fireflies that fluttered past our face, tufts of various grasses that poked out of the ground in the very corners of the room and also white wisps of fog that filled the air around us with a chilling atmosphere. All of these aspects give the game a deeper sense of immersion that you would otherwise miss out on without virtual reality.

The Lost Bear is a cut above the rest in terms of sound and visuals with a very upbeat but calming soundtrack and a pop-up book-like art style that make each environment unique and memorable. Both the music and visuals combine beautifully to create an atmospheric world in which this charmingly short story can take place. 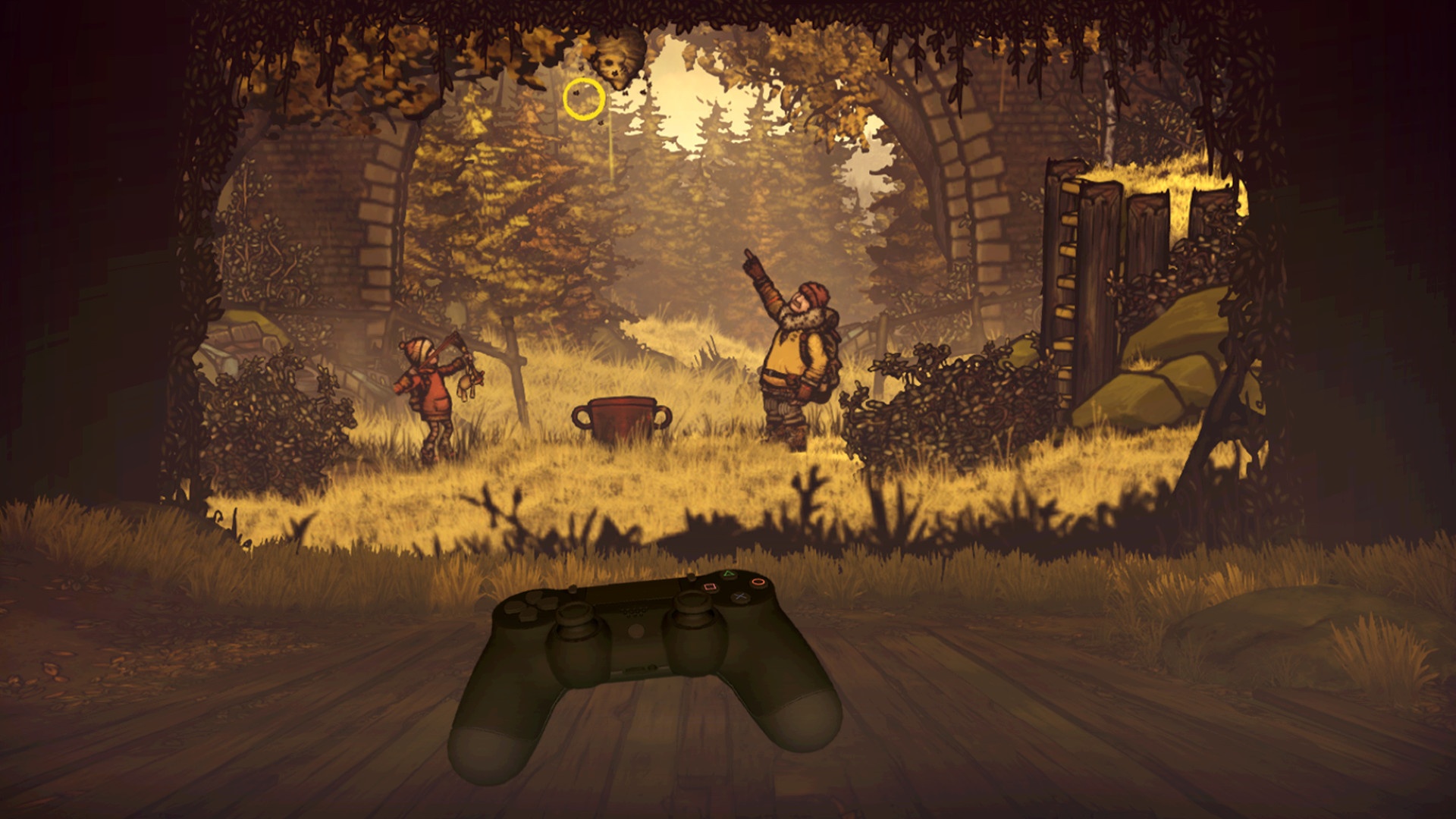 As for the puzzles, the developer has decided to go for simplicity over everything else and that’s no bad thing. The majority of the puzzles just consist of you using the Dualshock 4’s motion controls to interact with buttons and switches or using a slingshot to hit various bells in the game to distract enemies away from you. The issue with simplistic puzzles is they often make games shorter experiences and it’s no different with The Lost Bear that clocks in at just an hour of gameplay from start to finish.

The Lost Bear is a wonderfully crafted puzzle platformer with a charmingly tuneful soundtrack and a stylish art style that makes every second spent in-game feel like an absolute treat. The unique implementation of the PSVR headset also works wonders, giving that extra sense of depth to an otherwise typical 2D platforming formula. If you’re a PSVR owner The Lost Bear is a must play even though it’s a short-lived experience on the whole.