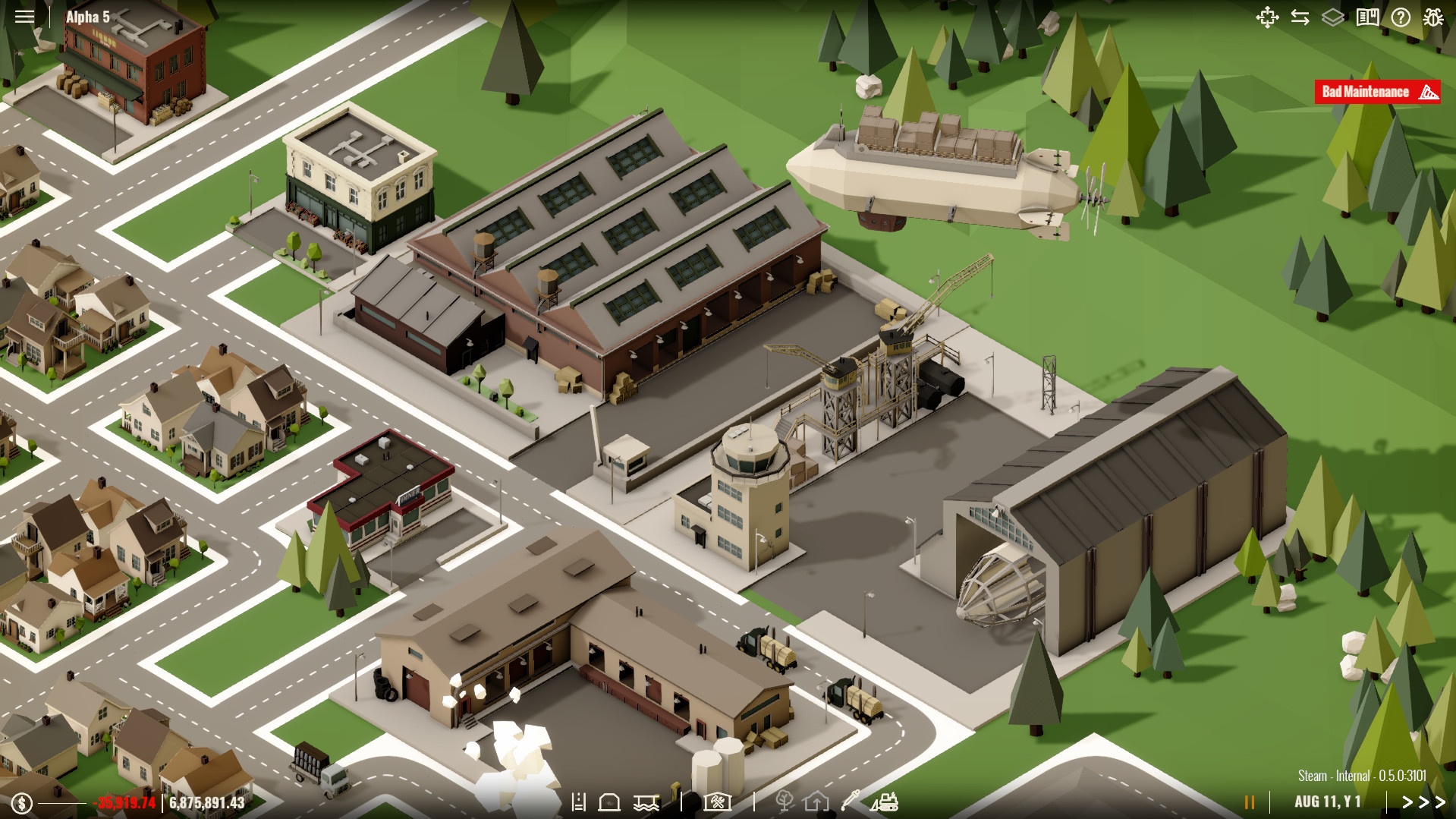 Rise of Industry is a logistics/business/transport tycoon-style strategy game, which starts in the early 20th century. It has an endearing art style and procedural map system which flaunts a level of replayability that modern gamers crave. Yet Rise of Industry isn’t without its flaws – which makes an experienced tycoon-enthusiast such as myself, very very sad indeed.

Having been a fan of Transport Tycoon, Railroad Tycoon and Capitalism, I’m no stranger to the tycoon/business sim style games. That said, these titles set pretty high standards for the genre, and so Rise of Industry has a lot to live up to. Currently, it’s still in early access and so is subject to a lot of change, but unfortunately if just falls a little flat for me. Let’s get into the goods and bads of what has the potential to be, a great game of the genre.

Often business simulator and tycoon games can be quite mundane – they’re certainly a bit more niche than your mainstream FPS’s and RPGs, so the art style is critical to success. In Rise of Industry, we see a really endearing graphical style – part cartoon, part pastel art with detail being made from several voxel elevations. It looks great and for this style of game, the clean edges really help the user to recognise where they can and can’t place buildings, roads etc. I really love the graphics in this one. 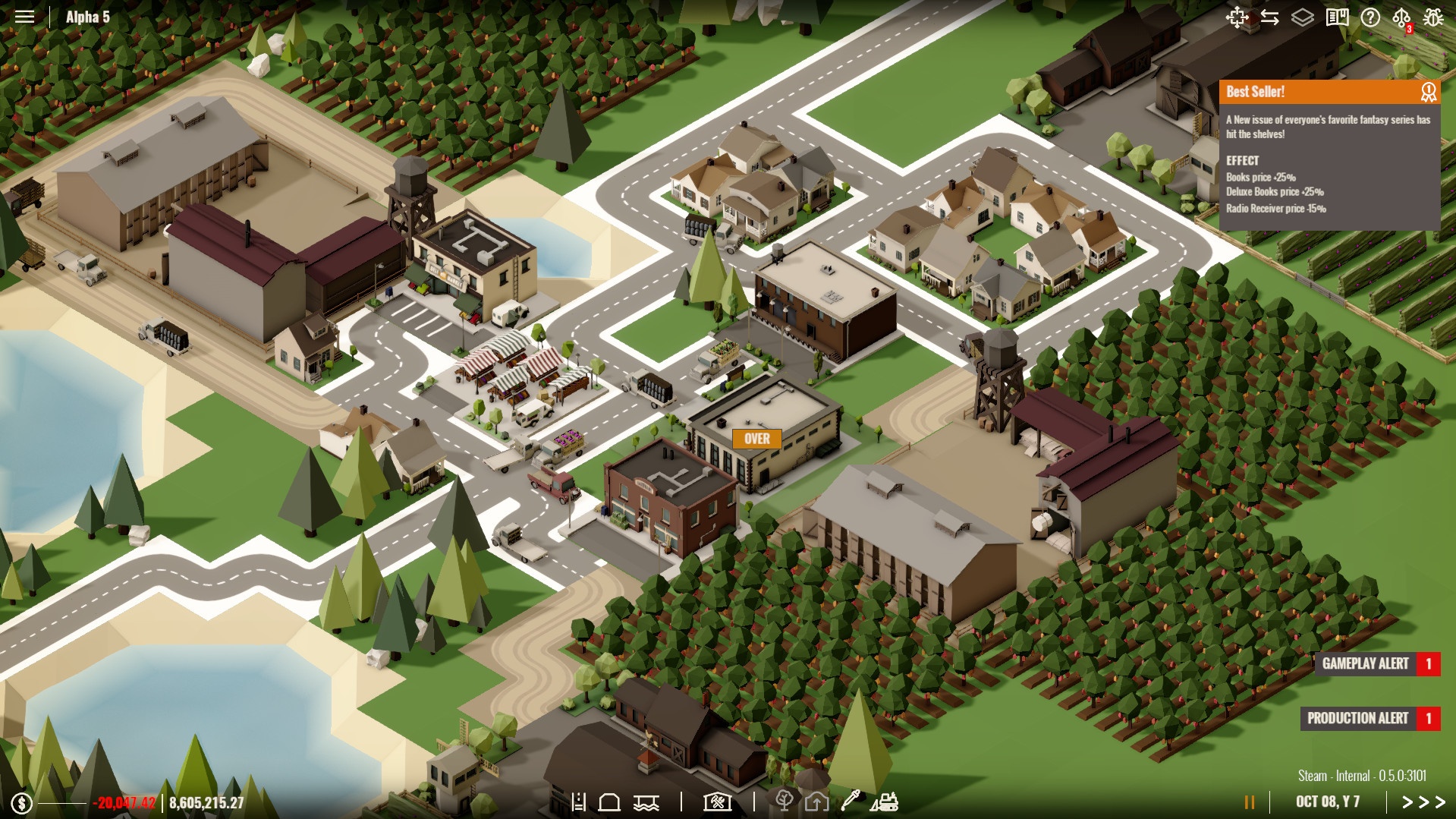 As previously mentioned, Rise of Industry has a procedural map generation system. As far as I can tell this transfers to the campaign too, which means that every “campaign” map is more like a random map kind’ve scenario. There appears to be no real chain of missions for the campaign, which is a bit disappointing, although a sandbox mode is a welcome addition for those who want to try out new strategies without wasting money. This is perhaps a bit more pertinent in Rise of Industry, as strategy promises to be deep, but unfortunately it isn’t all it’s cracked up to be…

Rise of Industry has a deep tech-tree which allows the player to choose a focus for their industry – “gathering”, “farming”, “Industry”, or “Logistics”. Sadly, the only strategy I’ve found which works is if the player begins with farming every time. So we have these fantastically made procedural maps, but we’re bound to start in a region which contains water (to supply the farm), and a farmer’s market (for exporting our goods). As a player you end up following through the tech tree in a certain order, bound by the game’s mechanics which kind’ve force you to do this – despite the promise that you can play any way you want. Sure you can do, but you’ll just end up losing money every time.

One really cool thing in Rise of Industry, is that each town will have its own “personality” which will affect the resources in the area, as well as the goods you can buy/sell – for example some will be fisherman towns, others will be agricultural settlements etc. You’ll also need to buy a permit for each region that you want to operate in, which will be a cool dynamic for getting one over on your friends when they implement multiplayer. 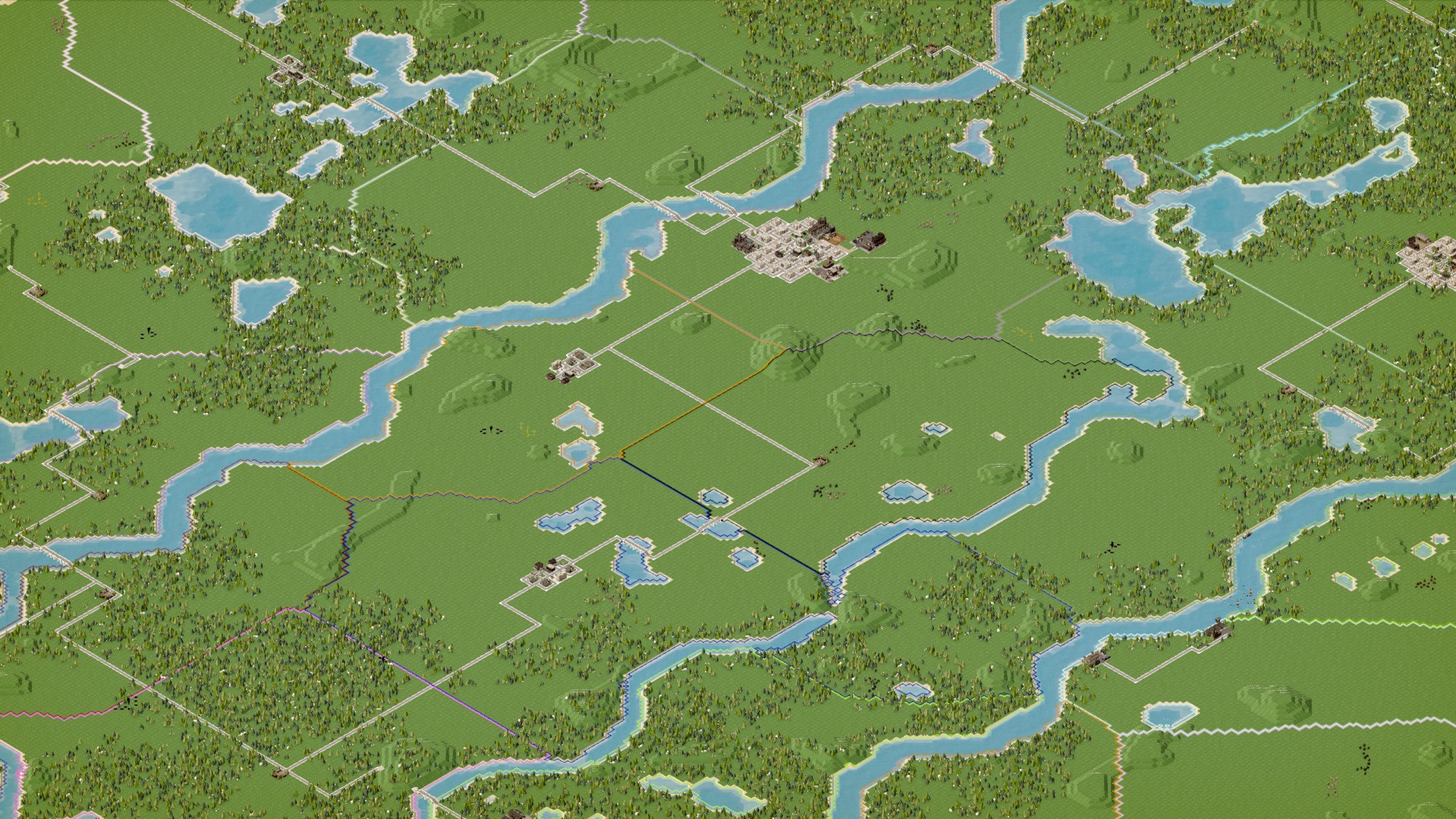 Another cool thing about Rise of Industry is the fact that there are so many products for you to capitalise on. For example, you can set up an orchard producing oranges, a lumber yard producing logs, a papermill to turn your logs into cardboard cartons, and then a food factory to turn both of these into orange juice. This is a really cool idea and one that hasn’t been replicated in such depth in older tycoon games – yet it falls down flat because of the fact that you have to follow this (secret) path to success in the tech tree.

The lack of freedom-of-strategy in Rise of Industry however, is a huge let down. For me it’s a big fun killer, because a tycoon game should be all about developing your own strategy and making it more efficient over time. Once this issue is addressed I think Rise of Industry’s fun factor will shoot right up from a 5/10 to around an 8, because it has solid foundations as a tycoon game, with a lot of polish – just lacking in core game mechanics in my opinion. At £19.99 on the Steam store, it’s a bit pricey for the current state – especially as right now it’s less of a game and more of a formula for running a simulation.