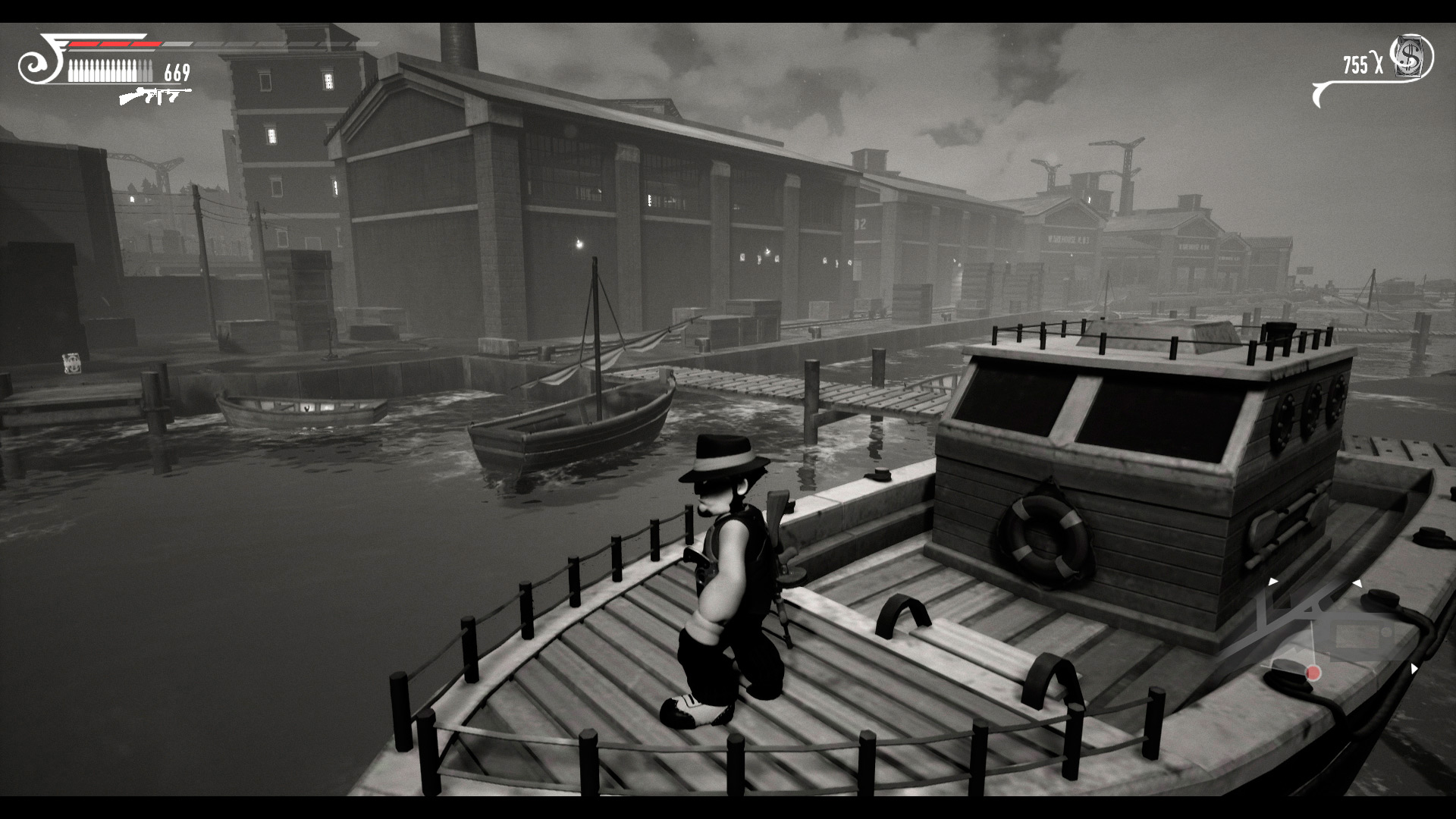 Timothy vs The Aliens is a stylish, competent, 3D action platformer. You play as Timothy, a gangster who’s going to save the world from an alien invasion that is somehow connected to him more than you’d think. Surprisingly, I liked this game more than I was expecting but it does have its issues.

The story in this game won’t blow anybody away. I think it’s there for the sake of being there. The developer, Wild Sphere could’ve easily left it at, ‘stop the alien invasion’ but they tried to add more which doesn’t really go anywhere. As a kid, Timothy get’s abducted by aliens (don’t worry, these aliens are good guys) and is told about an invasion that will happen sometime in the future. They give Timothy an object that will help him save the planet. Why they chose Timothy, I don’t know and it’s never explained. The aliens disguise the object as a deck of cards as to not draw attention to the object. As an adult, Timothy completely forgets what the good guy aliens told him and uses the deck of cards in his gambling games until he is only left with the Ace of Hearts.

There is a few dialogue scenes which sadly doesn’t have any voice acting. I can understand Wild Sphere not being able to afford voice actors so I’m not going to criticize them for that. But the game would’ve benefited from voice acting or even some noises when characters are speaking. Though, we do hear Timothy’s voice every time he collects dynamite where he proclaims himself to be a, “super genius” which did make me chuckle. 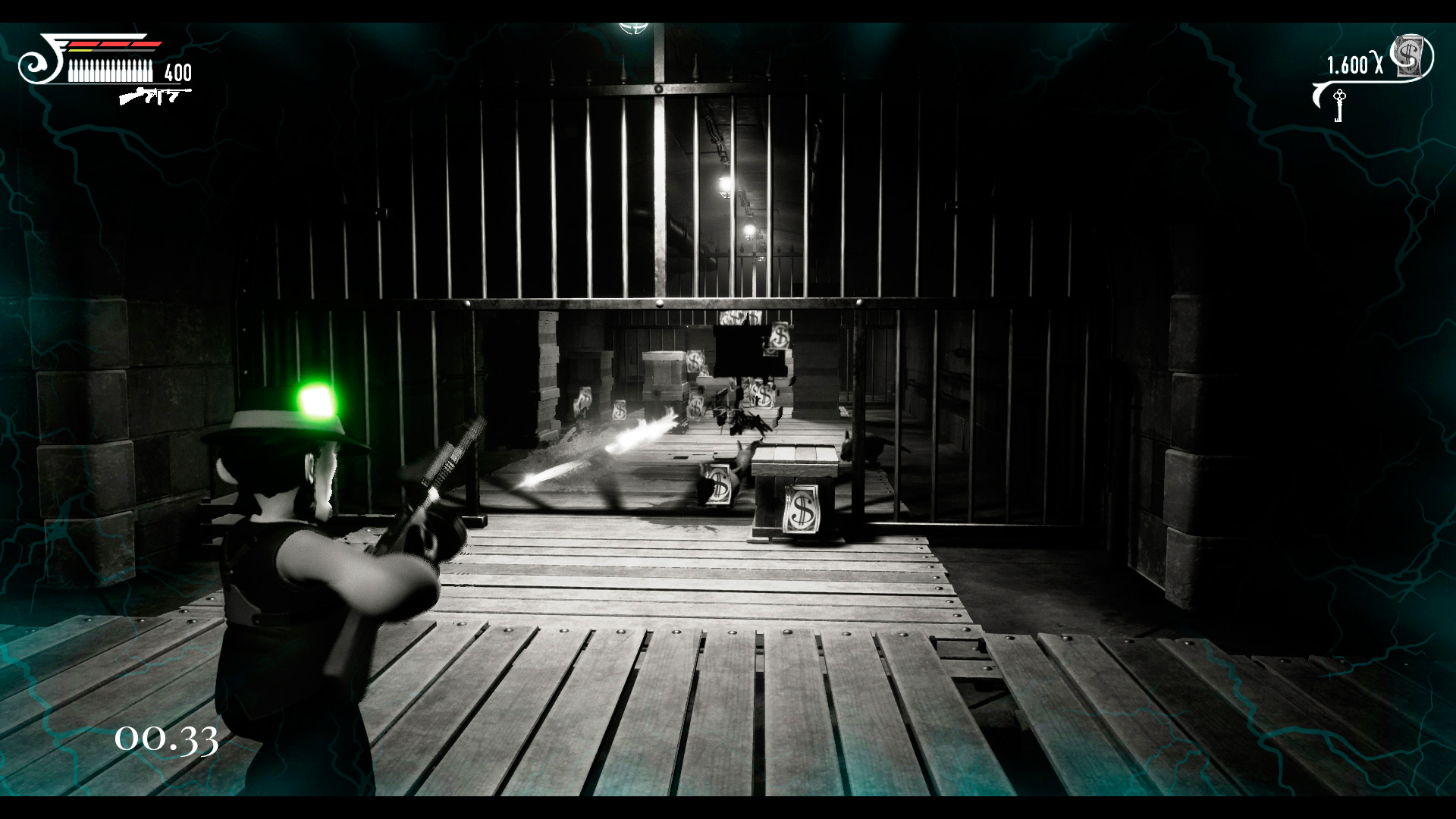 You play in a 1930/40s New York style city called, Little Fish City. You get to explore the entire city and find hidden collectibles. The city itself isn’t that big or interesting to explore. You can collect money, hot dogs and little aliens that improve your health by exploring the city but I didn’t see the need in collecting anything as I gained enough money just from completing objectives and I never had any issues with the amount of health I had. I just ran from objective to objective, the game didn’t need to be an open world. And yes, I ran. You can drive but you’re really not going to want to. For some reason the mini map disappears when you drive so you have no idea where you’re going and the driving mechanics aren’t the best. You’ll have a lot more fun just running around.

The game is mostly in black and white aside from the aliens and your magic alien Ace of Hearts card placed firmly in Timothy’s hat. This does create a really cool style which makes it stand apart from other similar games. However, this style does create some minor issues in darker, unlit areas of the game. I would often run past certain objects because I couldn’t see them and there was also a character that I needed to talk to near the Port area that I just couldn’t find and had to look it up online. Other than that, the game looks really cool.

As for the gameplay, nothing is impressive but none of it is bad. The platforming is a little floaty but I’ve played worse. The shooting mechanics in the game work fine and this is when the Ace of Hearts card comes in use. It’s essentially bullet-time but instead of everything going in slow motion, the developers call it, “hyperspeed”. It’s basically the same thing but Timothy will move in real-time whereas everything else is slowed down. There are a few different weapons you can purchase: a machine gun, shotgun and a magnum. You start the game with a simple handgun which has unlimited ammo but is incredibly weak. Once I bought the machine gun, I rarely used any other weapon and as there didn’t really seem to be a capacity to how much ammo you could hold, I would use all my money have so much ammo for my machine gun that I would never need to change weapons. 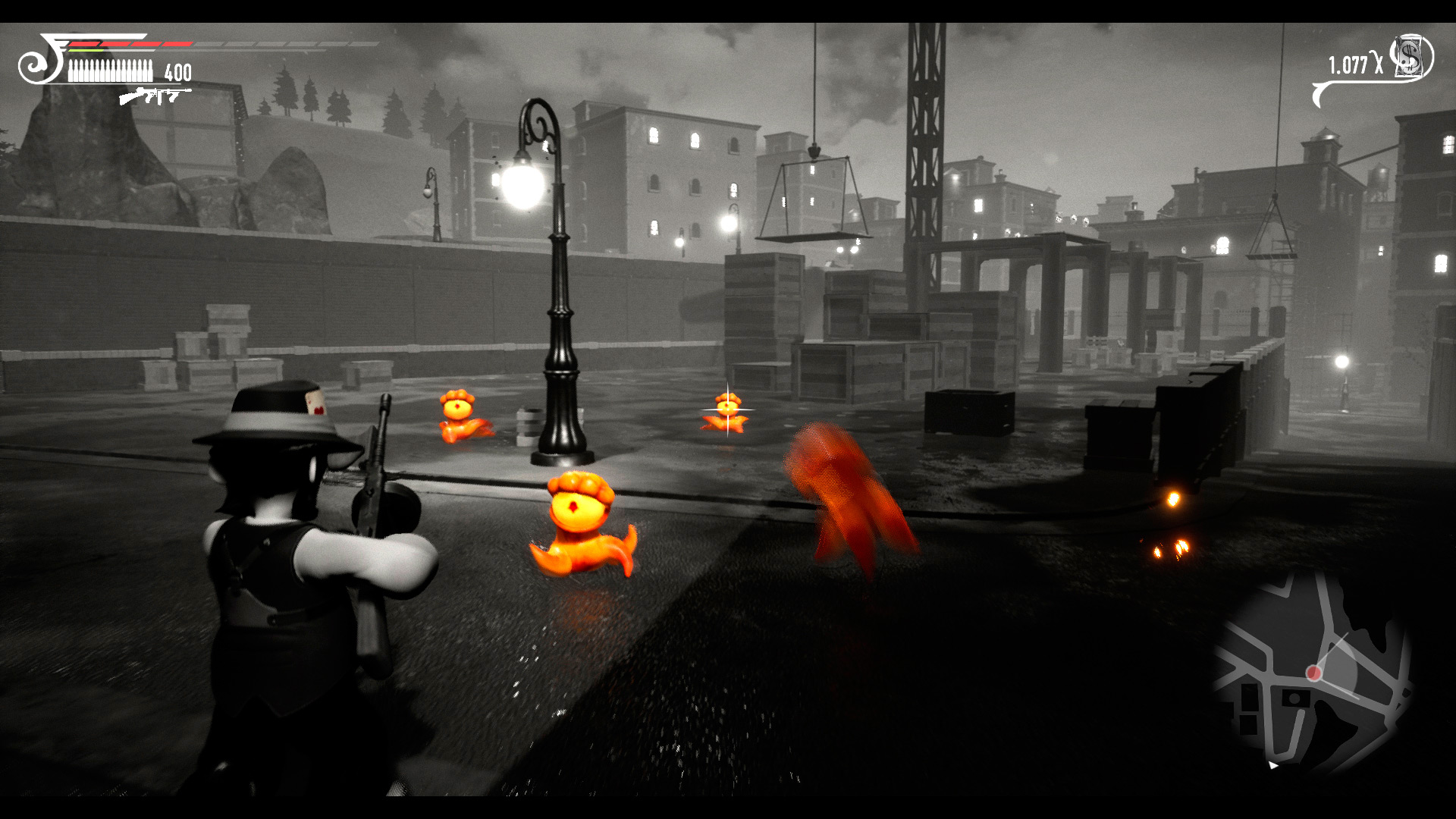 There isn’t that much platforming to be found in Little Fish City, yet the platforming that is there, feels completely natural. What I mean by that is, the level design is good enough to make the world feel normal and like a real place. Most 3D platformers rely on floating platforms or vents that shoot you up into the sky. Whereas the platforming in this game makes it feel like a real city. Nothing felt out of place. However, for me this all falls apart when you enter the alien mothership. This is when the game becomes like every other platformer out there, complete with floating platforms. It felt so out of place to the rest of the game and I was left feeling disappointed. Even the final boss (which by the way, looks amazing) is so easily defeated that I started to question if the whole mothership area was rushed by the developers.

Timothy vs The Aliens is a little rough but I genuinely enjoyed my time with the game. The game doesn’t last long and can probably get finished in an afternoon, which makes it easier to recommend. If Wild Sphere could tweak the platforming a little and try and sort out the mothership area, I would easily give this game a higher score. For now, this is the highest I can give it.