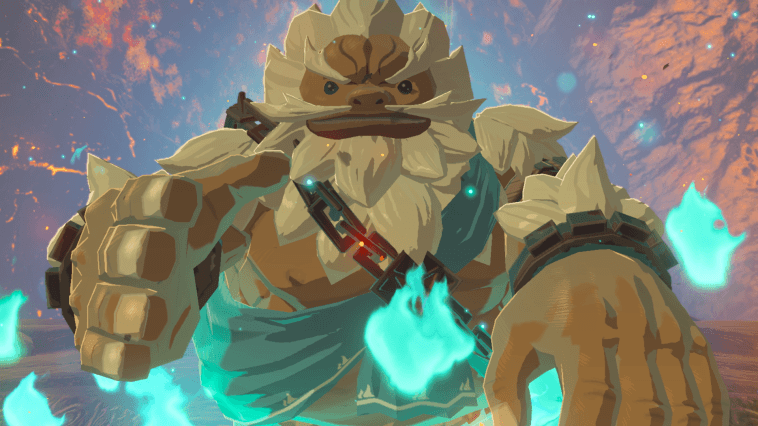 There’s no denying that Nintendo have had a rather successful year since the release of its Switch console in March 2017. A lot of its success can be attributed to its hybrid machine, however, with the release of some ground breaking titles to complement their flagship console, Nintendo have also shown that they are very capable of still producing some of the most exciting software titles available today. One of these titles has stood head and shoulders above some of the others, winning several coveted Game of the Year awards. With such accolade, it seems a good time to revisit one of the switch’s launch titles and remind ourselves of what makes this title worthy of such praise.

The Legend of Zelda: Breath of the Wild was originally developed for the Wii U. However, with its more powerful architecture and sharper screen resolution, BOTW transitioned itself to produce a jaw dropping experience that was perfect in show casing exactly what the switch is capable of.

Primarily an action-adventure, BOTW takes place in a completely open world that is yours to explore how you see fit. The story revolves around Link, a once brave knight tasked with protecting the Princess Zelda, being awoken from a hundred year slumber. Hidden away within a protective shrine, waiting for the day when he would rise again, Link was once part of an effort put together by the King of Hyrule to protect the kingdom from the evil forces of Calamity Ganon, a recurring threat that is hell bent on the destruction of the peaceful land. 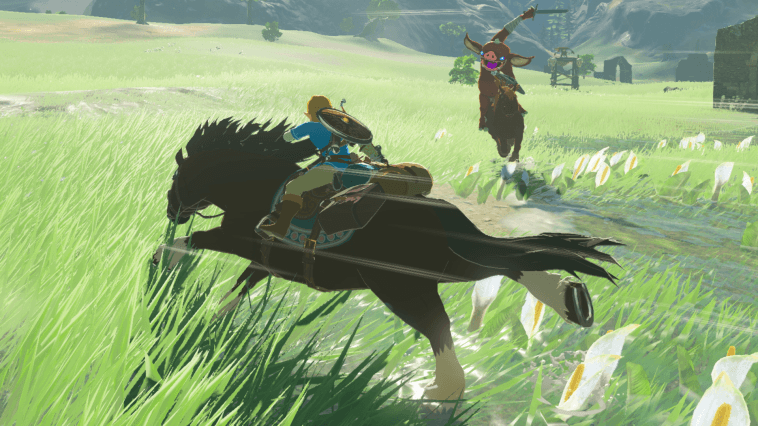 After discovering an ancient technology, the people of Hyrule prepared an army of guardians in anticipation of Ganon’s inevitable return. However, stronger than ever, Ganon gained control of Hyrule’s technological advancements, turning the guardians against the defenders as Hyrule eventually fell under his evil rule. After reawakening, Link has no memory of the events that have preceded him and it’s now up to you to explore Hyrule’s rich lands in order to regain Link’s lost memories and build a stand to take back the kingdom from Ganon’s evil grip.

Although primarily labelled as an action-adventure, how you approach the game is entirely up to you. Right from the start, you are free to face the ultimate challenge that the game has to offer, although this isn’t really recommended. If you want to journey across Hyrule fighting every enemy that roams across the land, then you can. However, if you just want to explore and avoid any encounters then, again, you can do so. Depending on how you play, BOTW can be a challenging journey or simply, a relaxing jaunt. Whatever way you decide to play, the game will offer you one of the best open world adventures and experiences ever devised.

The beauty of this game is all down to the physics engine that is deployed here. How you approach each encounter or discovery is up to you. There is no set path or technique on how you should react to any given situation. It’s completely your choice on how to fight any enemy, by bow, bomb, sword or spear or any other method that you can possibly think of. Exploration also offers the same premise. The physical properties of Hyrule’s world interact with how you to choose to take on the game; this in turn, creates a truly believable land that looks and feels like a breathing, living world and the results are truly spectacular. 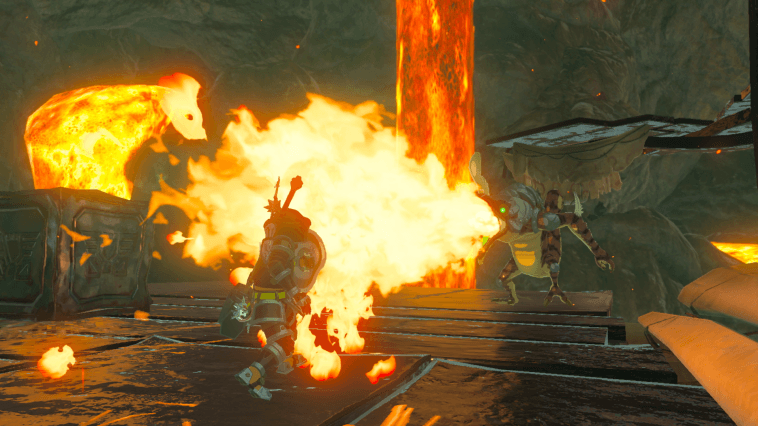 The scenery and graphics are absolutely stunning, with vistas, mountains and a horizon that literally stretches for as far as the eye can see. How Nintendo have managed to achieve all of this within the confines of a cartridge is staggering. With its cartoon/cel-shaded hybrid, this game shows that you don’t need ultra-realistic graphics for a game to achieve realism.

You really do feel that you are taking part in something that is much bigger than yourself. With a multitude of quests and hundreds of side quests, the content within this game can have you losing literally hundreds of hours within its gameplay. As you explore the regions of Hyrule, something that the game actively encourages you to do, you will constantly find yourself coming across new discoveries around every corner you turn. Shrines, one hundred of them dotted across the land, offer varying degrees of challenges which reward you upon completion. Large towers fill your sheika slate, a switch type device that contains all sorts of useful information, with a map of its immediate area. Towns, villages, strange beasts, horses, dogs and NPC’s are just some of the many things that you will encounter as you fulfil your destiny across the plains of Hyrule.

Since its release, BOTW has had two expansions through extra DLC, either purchased separately or with an expansion pass. These add further quests, items and challenges to offer even more to the playability of the title, but even as it stands as a base game, there is easily enough content to last in excess of a hundred hours. Even once the game has been completed, it offers you a second play through with its Hero mode which significantly increases the difficulty, although this also adds a more significant challenge which really is great fun to work through as it requires a lot more dexterity and lateral thinking.

If you own a switch, or even a Wii U for that matter as they both offer the same experience, then The Legend of Zelda: Breath of the Wild is a must have game. Admittedly, I have come across people who didn’t find the pacing of the game to be to their taste, but this simply is a game that needs to be experienced. It’s vast, engaging and exciting. You really do feel as if you are part of a living, breathing world and with so many accolades under its belt, you really would be a fool to miss it. Breath of the Wild is simply a Breath of Fresh Air.