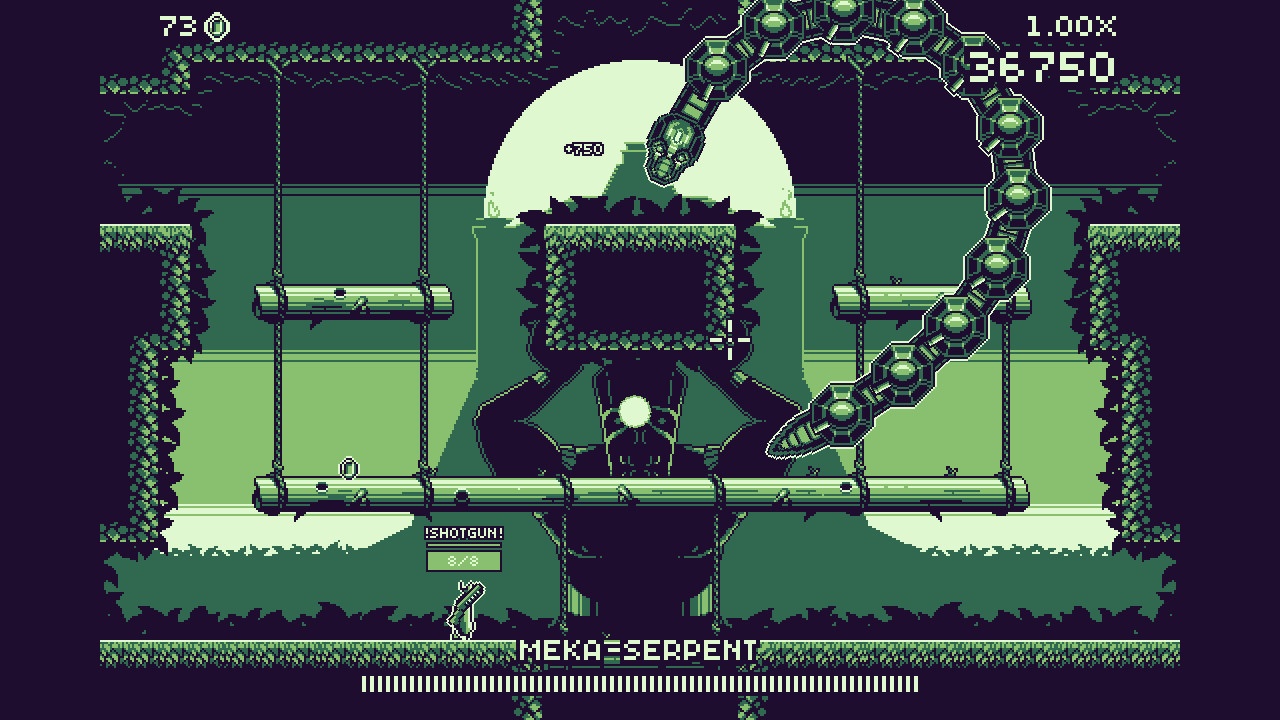 Gunlock is a bullet-hell for those who love bullet hells. It strips away the complicated and often clunky mechanics that often come with modern inputs into the genre in exchange for simple gameplay that takes minutes to learn and hours to master.

Gunlock is the first game from sole developer Aleksandar Kuzmanovic, and treats the player to a rogue-like experience in which they must survive in a single screen 2D arena where one hit means everything ends. If you last long enough, you’ll face a boss which when defeated will allow you to progress to the next stage.

If that sounds fairly simple, that’s because it is. Gunpoint will not entertain you for hours, and it’s really not meant to. I found the most enjoyment came from switching it on at the end of each day, and playing a couple of rounds rather than setting aside a part of my day in order to play. This is represented in the price, which more than justifies the short amount of time Gunlock can retain my attention. It’s somewhat disappointing a mobile port does not exist for Gunlock as it is essentially something you would find on the app store. This is in no way a bad thing, however I feel that I would have a lot more play time if I was able to play on the go, as it is the perfect little time killer. 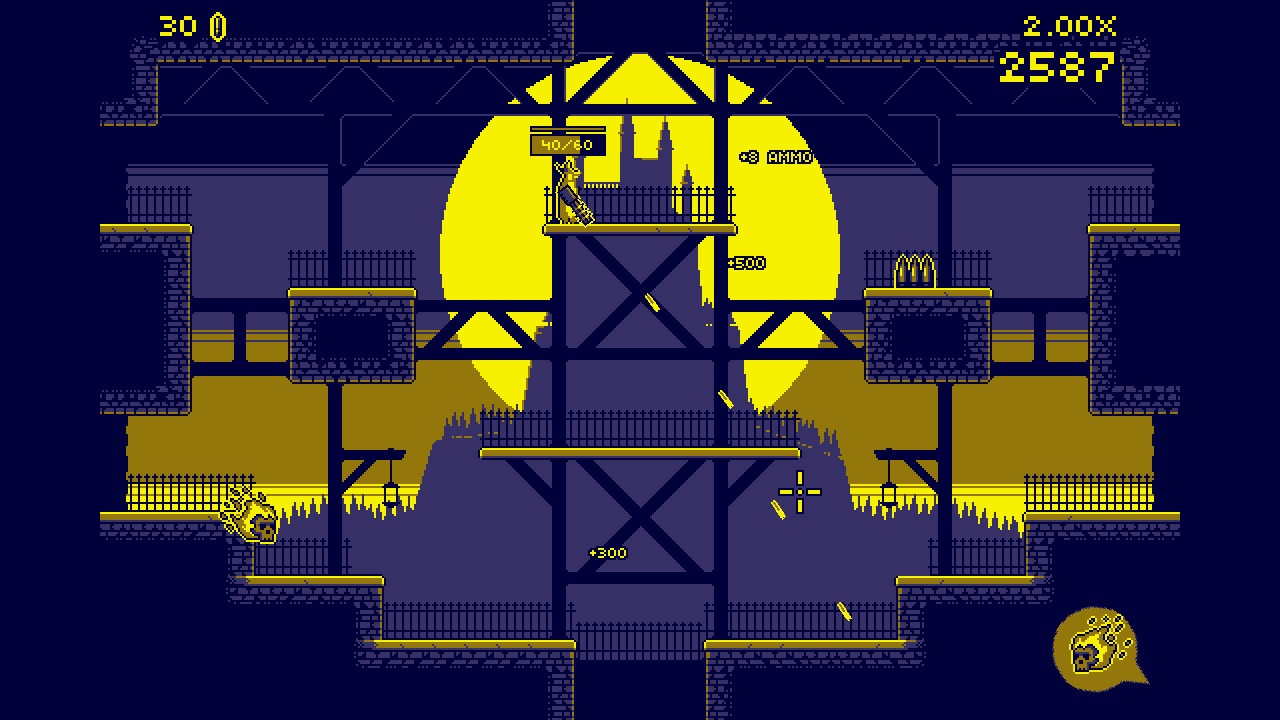 The gameplay itself is very sharp. While the game is designed to be played with mouse and keyboard, the controller support is very well implemented and easy to use. The game does not bombard you with options when it comes to gameplay, as it only offers you the ability to double jump and shoot. Initially I found these options to be fairly underwhelming, however after I became more familiar with the enemy’s patterns and the maps I found more inventive ways to use my abilities in order to take them out. The game also has an interesting mechanic in which jumping on enemies to kill them (a much more dangerous tactic) will grant you with more ammo for your gun. This means that every encounter with an enemy leads you to question whether it’s worth the risk, or to simply shoot them out of the sky.

The guns themselves are where the game gives the player a way to progress. As you earn more coins from playing, you can exchange them for new guns which will randomly spawn for you to pick up. While this isn’t a revolutionary idea; this gives the player enough progression to keep them invested, while anything more would be to the detriment to the rogue-like feel of the game. The guns themselves get more interesting as you go on. You start with the basics: Shotgun, pistol, machine gun etc. Two hours later and you’ll be shooting electricity from the palm of your hands, or firing meteors at your enemies.

This is where the game gets really fun, which is probably to its detriment, especially when it comes to enticing the interest of those unfamiliar with bullet hells. As someone who enjoys the genre, but has never really sinked more than a few hours into them, the bog standard guns soon became boring to me, and if it weren’t for the fact I was reviewing the game I probably would have turned it off and forgotten about it. I’m glad I didn’t, as when the stranger guns became available to me I instantly begun to enjoy myself much more. To someone more familiar with the genre, this most likely wouldn’t be a problem, largely because you would probably progress far quicker than I did. 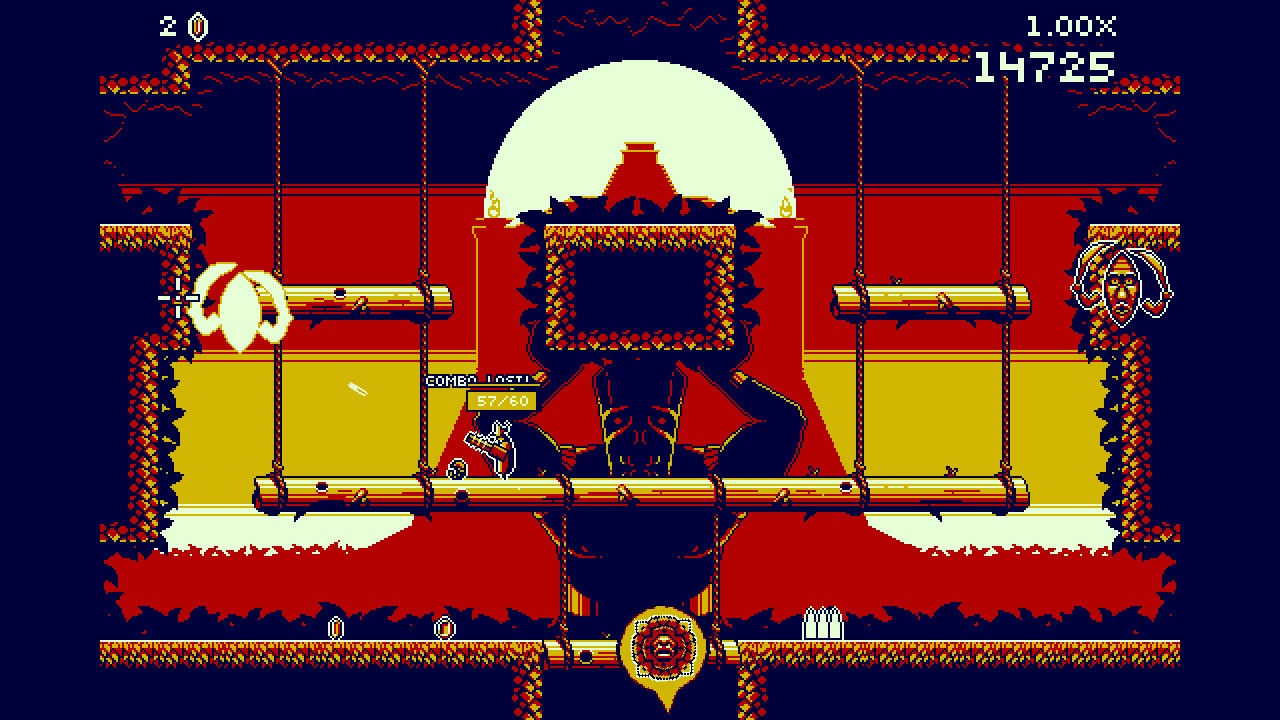 As well as guns, you can also buy new colour pallets for the game. This is something I’ve seen more and more games start to do, and I really appreciate it as something so small can give a level an entirely new feel. I would recommend buying a new palette as soon as you can afford it, as the vanilla colour scheme, while aesthetically great in-game; often makes the menu and shop screen very hard to read.

Overall Gunlock can be a bit of a slog for new players, but once you get past the fairly bland starting guns it really shines as a solid bullet hell. For players experienced with the genre, this should scratch any itch you have to lose yourself for an hour or two in a tidal wave of bullets. For the price, this is well worth adding to your library, especially for when you have half an hour to kill.