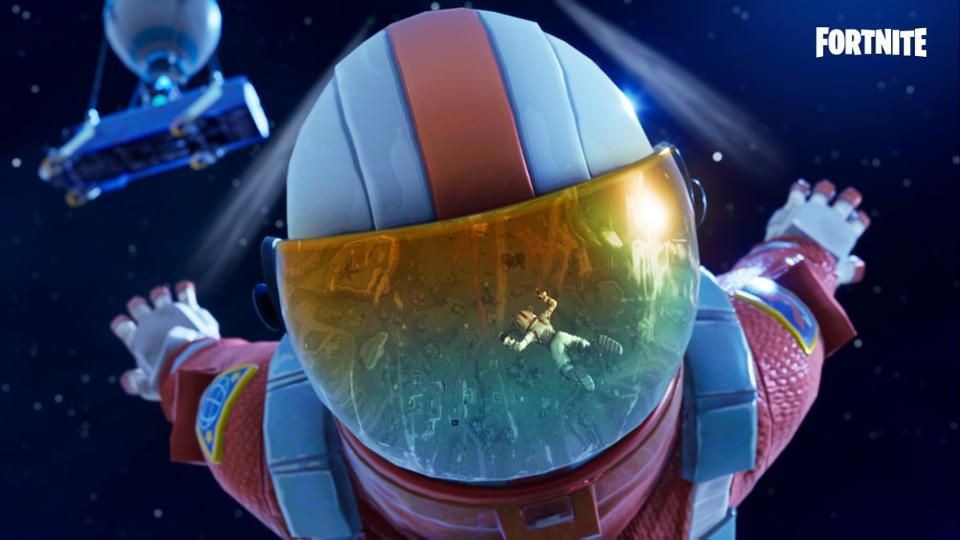 Over the years, my interests have changed radically. I went from studying programming, to shareholdings and investments, and somehow ended up with a degree in criminology and forensic science, while specialising in organised criminality. However, as the time has passed, and as I’ve skipped from subject to subject, one thing kept my interest. And funnily enough, it is the one thing which kept the gamers world over together, for better or for worse. As the subject in question is the plain and simple, long time monetisation of media and entertainment.

When I first got into gaming, the only premium monetisation of content revolved around special editions of games. And even then, the difference in price, and the amount additional content was rather minimal. But as the time ticked on, and online gaming has taken over, so did the inherent need of turning games from products, into service. And publishers such as Capcom and Bethesda, have began to introduce micro transactions, in form of additional modes and horse armour. But no matter how much time has passed, or which publisher/developer has tried its hand at further monetisation of its products, the result was always the same.

Whether it was Blizzard trying its hand at production of seasonal content, or Sony, endlessly updating the multiplayer component of Uncharted 4, the customers have always turned their face in anger, as most outright reject paying more than the standard £40, buy-in point. However, amongst all those who have failed, there is one developer who somehow, someway, has managed to succeed in charging people for their product progressively, over time, all while keeping their customers happy. And Epic Games is the developer in question, and the title which has managed to change public’s opinion on the subject of micro transactions and monetisation is none other than the now cult classic Fortnite Battle Royal.

When Fortnite was first released in its PvE form, many have glossed it over, as no one wanted to pay for a title which was set to become a free-to-play game, within a year or so. And when most were convinced that Fortnite is all but over, Epic has returned for round two with Fortnite Battle Royal, and it has done so while swinging wildly, and knocking out all who stood in its way.

Initially Fortnite Battle Royal was rather barebones, and many have laughed at the prospect of it ever knocking PUBG from its Battle Royal pedestal. However, as PUBG began to stagnate, and its updates started to become scarce, and insignificant in their content, Epic was slowly but surely pressing onwards with its brand-new project. And the once skeletal Fortnite Battle Royal, has began to gather weight with each and every update. And luckily for the gamers and the studio itself, title’s updates were frequent, and rich in content. And while new additions to the game were surely important, they were nowhere near as impactful as the changes which Epic has committed to the title, on the back of community’s feedback.

The public opinion of Fortnite Battle Royal has been improving ever since its release, and with it, the title’s reach. As each and every happy customer, would subsequently talk about the title with others, and with time, he/she would turn them into Fortnite players. And while most got into the game with no shame or reservations, others weren’t so sure, as in the end Fortnite Battle Royal is a free-to-play game. And the free-to-play term carries a lot of stigma, as all titles of that financial model, tend to fall into the rather unfavourable category of pay-to-win. And this is exactly where Fortnite Battle Royal’s strongest point lies, as it is not just a pure free-to-play game, with no gameplay affecting micro transactions, but it is also a free to play title, which you don’t have to spend a penny on, and can still get all the cosmetic content that you desire.

Fortnite Battle Royal, just like all the other free-to-play games features a store, where players can purchase numerous skins, emotes, and other cosmetic content. However, the store itself only features a minor portion of in-game items, as the vast majority of cosmetics can be found within the Seasonal pass, which previously only featured only 70 tiers, and only 46 premium items, whereas the just released Season 3 pass, features 100 tiers, and 76 premium items, including six skins, three pickaxes, four emotes, three gliders, three backpack blings, and much, much more. And all you have to do to unlock all those items, is simply pay 950 V-bucks (Fortnite’s premium currency), and simply play the game throughout the duration of the Season.

The Season 3 Battle Pass can be simply purchased with V-bucks which can be acquired from the in-game store and will not cost you more than £8. However, if you played during the previous Season, and have reached the 46th tier of the previous Season pass, then you’ll be able to get Season 3 Battle Pass for free, as by reaching the 46th tier of Season 2, you get enough free V-bucks to unlock the recently released battle pass. Meaning that if you play enough, you can play for free, during this Season, the next, all the Seasons which will come after.

In addition to the premium items, Season 3 Battle Pass also features a plethora of additional bonuses such as an additional tier of weekly challenges – which are a new addition to the game. Meaning that you can unlock not five tiers, but ten, by simply playing the game with the Season 3 Battle pass. And if that in itself is not enough to convince you that Season 3 Battle Pass packs a punch, then it has to be underlined that upon completion of weekly challenges, you will also be rewarded with different weekly bonuses, such as 4000xp. 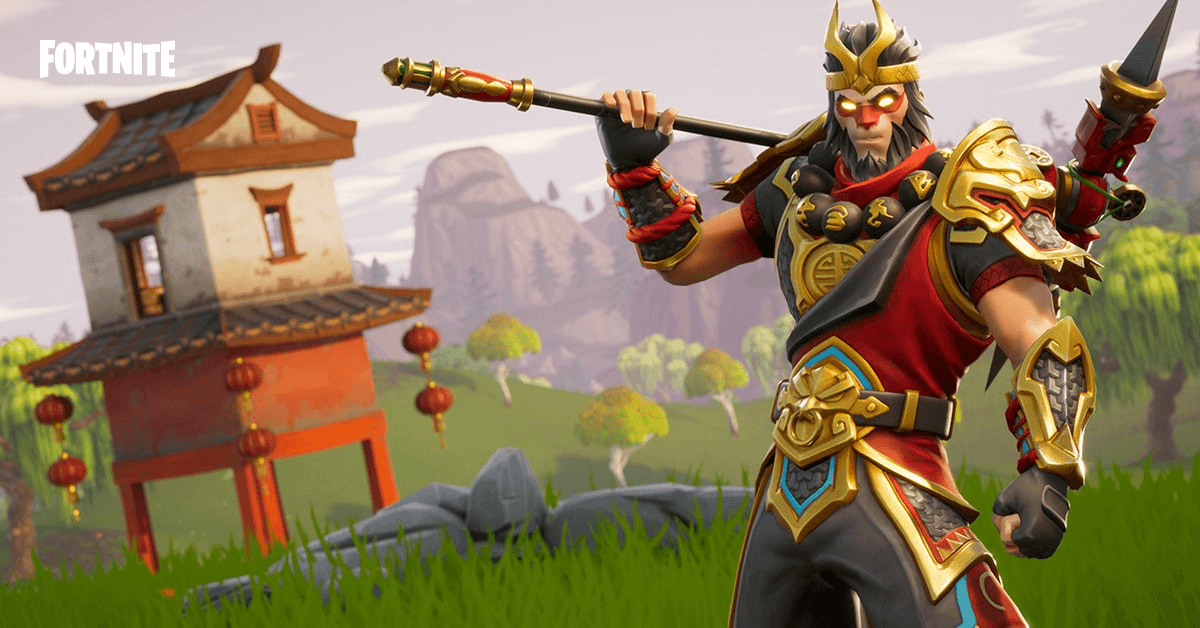 Season 3 Battle Pass sure is great. However, the third Season of Fortnite Battle Royal is not all about the Season pass. As with the update, Epic has also introduced a plethora of changes, which will surely satisfy gamers the world over. And to underline the two most significant changes to the title’s meta, one can simply point to the significant nerf which the infamous double-pump has received, and the stable 60fps mode, which is now available to all console players. And if you want to read more about the 3.0.0 update which has been introduced with the Season 3 Battle Pass, then simply follow this link.

There are many good things that could be said about the third Season of Fortnite Battle Royal, but the one which will resonate with players the most, links to the fact that Fortnite Battle Royal, above all is a game created for gamers, and not investors. And the monetisation of the game mode, and the approach to the financial framework of it, simply shows that Epic values gamers above all. On the battleground, all players are equal, there are no bonuses for the pass owners, items are not withheld from the free-to-player users, the gameplay related updates and quality of life changes, are clearly a higher priority than skins, or emotes.

Whther you are a free-to-player user, or a paying Battle Pass owner, then there is always an incentive for you to come back and continue playing. And the changes which have happened within the most recent update, only further invite the players to stick with the game, as weekly updates allow for the extension of the gameplay loop, which even without the challenges is simply superb.

In conclusion, all that has to be said about Fortnite Battle Royal, and its Season 3 Battle Pass, is that it is simply superb. It is clear that the game is high on Epic’s list, and the frequent updates, only further prove that such stamen is true. The title is constantly evolving and turning into a colossus which unlike other games of the Battle Royal genre pulls players together, instead of pushing them apart. And to top it all off, the passive monetisation scheme of the game, only further proves that Epic values its customers more than men in suits and prioritises user experience over the number of zeroes on its baking statement. And don’t get me wrong, Fortnite’s microtransactions are there to make you take out your wallet, but even if you commit to spending real life money on the title, you are getting what you’ve paid for, instead of a randomised loot box.