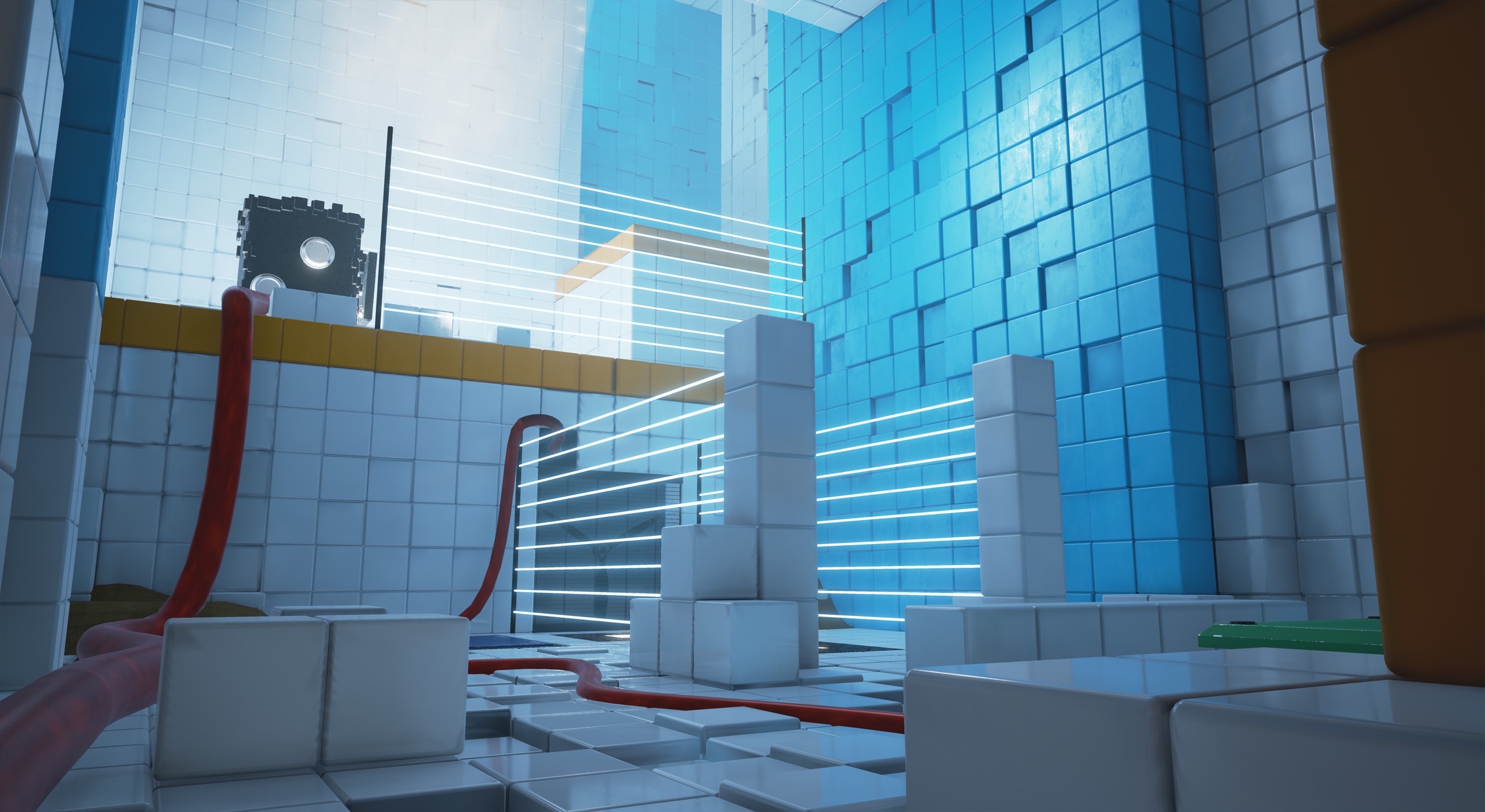 When it comes to direct sequels, in the world of video games, there seems to be a rule, that they’re all usually nowhere near as good as the originals. And while there are few exceptions to this particular rule, such as Max Payne 3, or Call of Duty: Modern Warfare 2, then it has to be underlined that just like any exception, such titles are extremely rare. And for the most part, direct sequels, are nothing more than over-bloated monstrosities, which go for quantity over quality, and ultimately, feel nothing more like third-party expansions, for the otherwise superb first party games.

Triple A titles, have seemingly evolved over the years, and with every franchise, they’ve produced less and less uninspired, and unnecessary sequels. However, the same cannot be said about the indie side of the industry. As seemingly nine out of ten indie titles, tends to go for the ‘the more the merrier approach. And even Dennaton Games, the studio behind the superb Hotline Miami, has fallen for it with Hotline Miami 2. However, as it has been pointed out above, not all indie titles are like this. And for every nine, horrendous sequels, there is one which does not only outshine the original, but also outperforms it in every way possible. And while many would expect Serial Cleaner 2 to be that title, then it has to be said that they would be mistaken, as surprisingly enough, Q.U.B.E. 2 is the game in question.

Many, when looking back at the original Q.U.B.E, remember a tiring Portal’esque game, which was as dull as it was simple. And while there is no shame in simplicity, such ultimately does ultimately run its course, and results in hours of boredom, rather than entertainment. However, it looks like Toxic Games has learned its lesson with the original, as the recently released sequel, Q.U.B.E. 2, is anything but dull or boring. In fact, Q.U.B.E. 2 is not just a step-up from the original, but a leap. As it improves upon the original in every way imaginable. 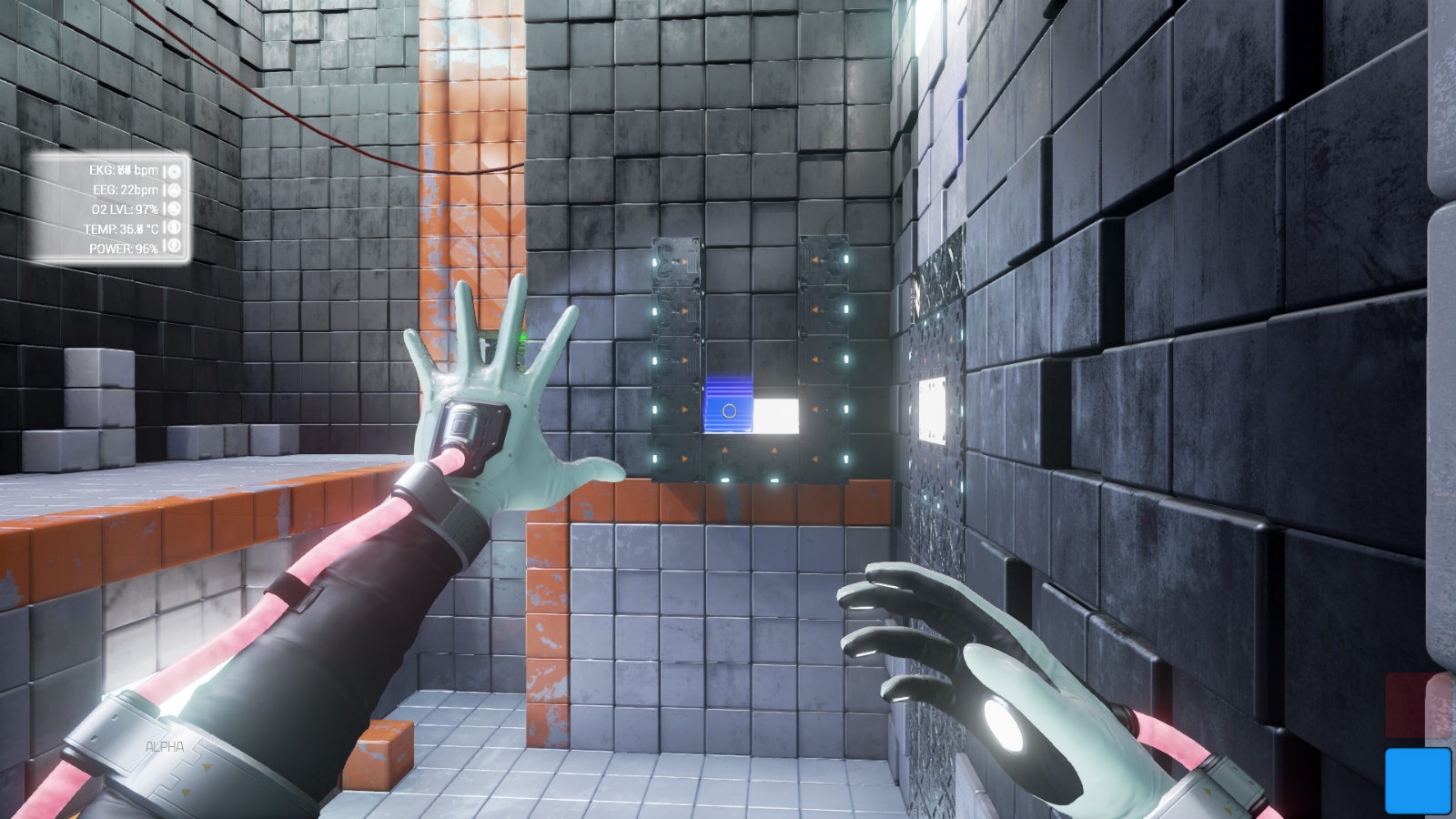 Q.U.B.E. 2, unlike its predecessor, is game which opens up with a bang, rather than a whimper, and provides the player with all that is necessary. And the title’s tightly knitted structure, is ultimately its key to success, as Q.U.B.E. 2’s uniformity, is its biggest selling point. Each chapter of the title at hand, opens up with a simplistic section which provides one with necessary narrative, and a hidden tutorial, which paves the way for the rest of the chapter. And once one is done with the introductory puzzles, and primary narration, he/she is then tasked with completion of the more complex sections of the chapter, alone.

The pattern, on which Q.U.B.E. 2 is built upon is clear and concise. And each and every chapter progress in the exact way in which one expects it to. However, while the patterns remain the same, the variables within them are constantly changing. And no two chapters are the same, and neither are two segments of a single chapter. And that’s because Q.U.B.E. 2, just like Portal 2, is constantly evolving and changing, through addition of new tools and mechanics. And while the early levels will only require you to create and raise simple cubes, then by the time you’ll reach chapter ten, you’ll have to create cubes in order to coat them in oil, just so they slide to the other side of the chamber, where a jump pad is located. And once your oily cube reaches the pad, it is then propelled towards a reversible magnetic field, which itself is located on a rotatable platform, which once rotated allows one to propel the cube, using reverse magnetism, towards a burner which sets the cube alight, and sends it tumbling down towards a doorway which once set on fire, opens up the passage to the next level.

The above description, is just an example, and is not a direct representation of any of the in-game levels, as it would be unfair to spoil even a single chapter of Q.U.B.E. 2, as each and every single one of them is simply superb. And while it may sound a little complicated, in reality, it is not. And that’s because the design of all the in-game chapters, stages, and chambers, is clear enough to allow one to work out the solution, without having to spent hours trialling different methods, just to complete the puzzle by an accident. And on one hand, that’s great, as it allows the player to complete the game, without having to go insane, or refer to an online guide. But on the other, the latter stages of the game can be completed a little too quickly, even by somebody who haven’t played the game before. And by the time one reaches chapter 7, he/she is likely going to breeze through the remaining stages of the game with little to no difficulty. As while the complexity of the stages increases with every chapter, then the same cannot be said about the difficulty, as such remains largely unchanged for the majority of the game. 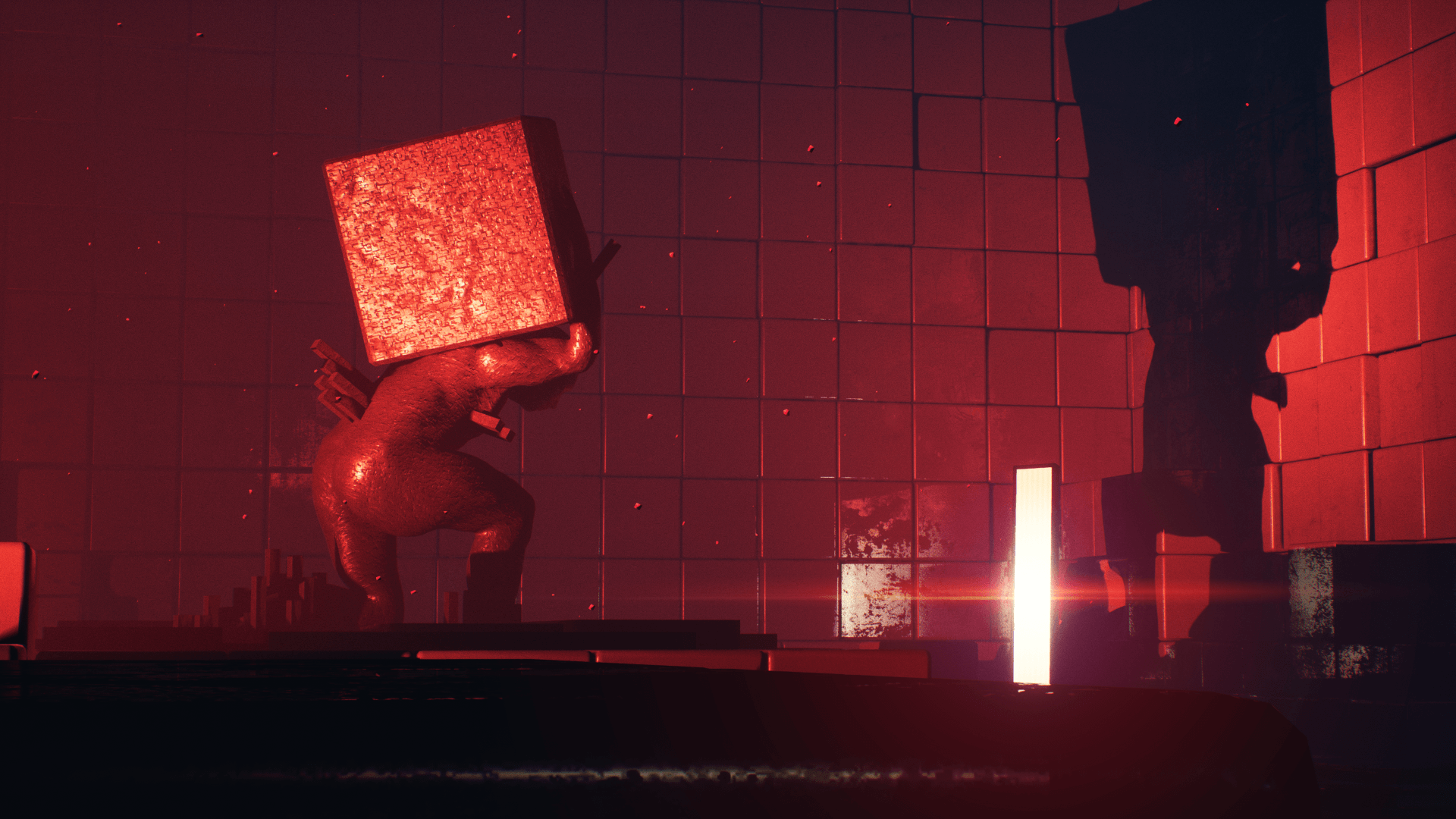 For the most part, things such as difficulty are largely subjective. Meaning that while I might have found Q.U.B.E. 2 overwhelmingly easy, you personally may not. And that’s because we all experience games differently, and perceive different features in largely diverse ways, due to past experiences, and preferences. And while we may all not wholeheartedly agree on Q.U.B.E. 2’s difficulty, we are all more than likely to come to a conclusion that Q.U.B.E. 2, while being a superb game and a product of pure entertainment, is a little too long, and towards the ends, it unfortunately, outstays its welcome.

Q.U.B.E. 2, is largely about enlightenment and understanding of the universe, and unfortunately, the title at hand, serves the conclusion of the story to the player on a single platter rather early, while still forcing him/her to complete even more testing chambers. And the only reasoning behind one doing so, remains the same throughout the game ‘complete these puzzles in order to power on the elevator’. And even once one is told everything there is to know about the entity behind the titular Q.U.B.E, he/she still has to go on and complete multiple chapters for no apparent reason other than to ‘power on the elevator’.

The final stages of Q.U.B.E. 2, may be a little disappointing to some. However, the finale itself, and the vast majority of the story which precedes it, is still of the utmost quality, no matter how one tries to spin it. And a chapter or two, in an eleven-chapter long story, are nothing more than a slight imperfection, rather than a jarring flaw. And when all is said and done, all that has to be said about Q.U.B.E. 2, is that it is a superb title, and an even better sequel. As it improves upon the rather disappointing original in every way imaginable, and the only current gen puzzle game, which is on its level, is Jonathan Blow’s The Witness. And that says a lot, considering that The Witness, is not just regarded as one of the best puzzle games of this generation, but also as one of the best games of all time.

Q.U.B.E. 2, is that it is a superb title, and an even better sequel. As it improves upon the rather disappointing original in every way imaginable.