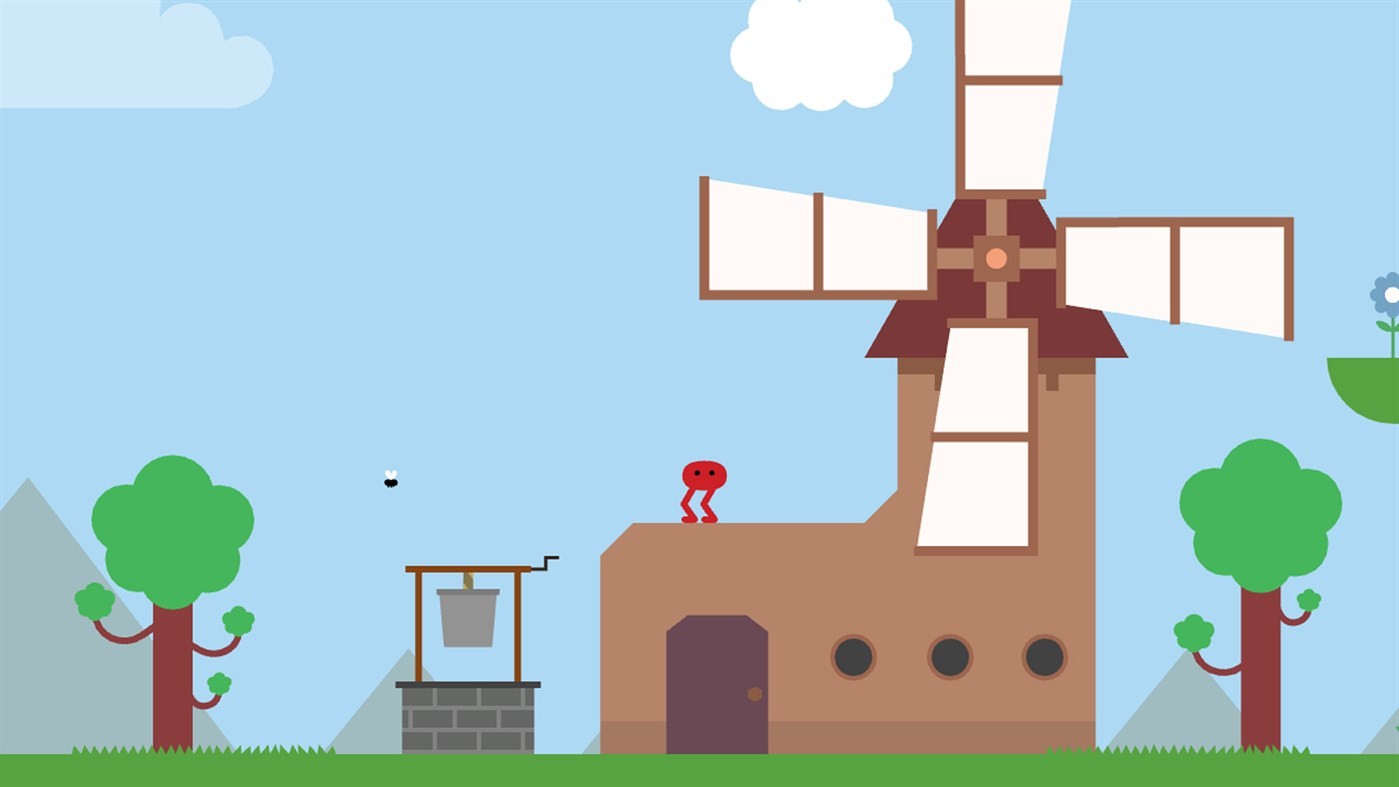 With the gaming world demanding more realistic games, and the new breed of consoles pushing images that make real life look poor, it’s refreshing when a developer makes a game that is enjoyably absurd, vibrantly colourful and has just the right level of difficulty to test you without making you angry. Indie games really are two a penny these days, it can be a bit of a gamble to find one that grabs you, luckily my latest endeavour was great fun, so much so that I completed the whole title in one playthrough. The French-English collective developers Sectordub have created an eccentric puzzle adventure game Pikuniku.

You control Piku a red pliable character who; flips, rolls, squeezes and jumps through gaps on his way to solving puzzles and saving the day. The action takes place on a small island that is occupied by a hearty mixture of odd looking villagers, forest dwelling beings and worms whom survive in their underground world. In an ever changing environment, the people of this small land are guilty of being naive, they allow Sunshine Inc. to be the guiding light, they are led by their flamboyant leader, Mr Sunshine. He convinces the people that he will provide them with free money, all they have to do is provide him with a few “non essential” items: some of the lands natural resources. What can be suspicious about free money in return for goods? And so begins a deep seeded conspiracy that forms the structure of this dystopian adventure.

With most games that I review I try and touch upon the plot to give potential players an idea of what they are going to get themselves into, but with Pikuniku I would end up spoiling it for you very quickly, so all I’m going to say is that armed with a small band of outspoken misfits you will lead a revolution that will have you face a number of Robotic bosses while completing several mini games. All this plays out in a loose platform based puzzle setting, Piku must use the environment to his benefit to swing over gaps, and leap off springy branches to reach secret locations in the clouds.

On the surface, this colourful puzzler is a bit hectic, loose guidance enables you to focus on the main story, yet you are free to explore the world to discover its many secrets. A number of collectables are cleverly hidden and require a keen eye to discover them. The missions that you are asked to complete are an absolute joy, varied and with just the right level of difficulty. The landscapes are distinctive and set the scene perfectly. Each NPC is unique, and the text dialogue is as bizarre as the game theme. 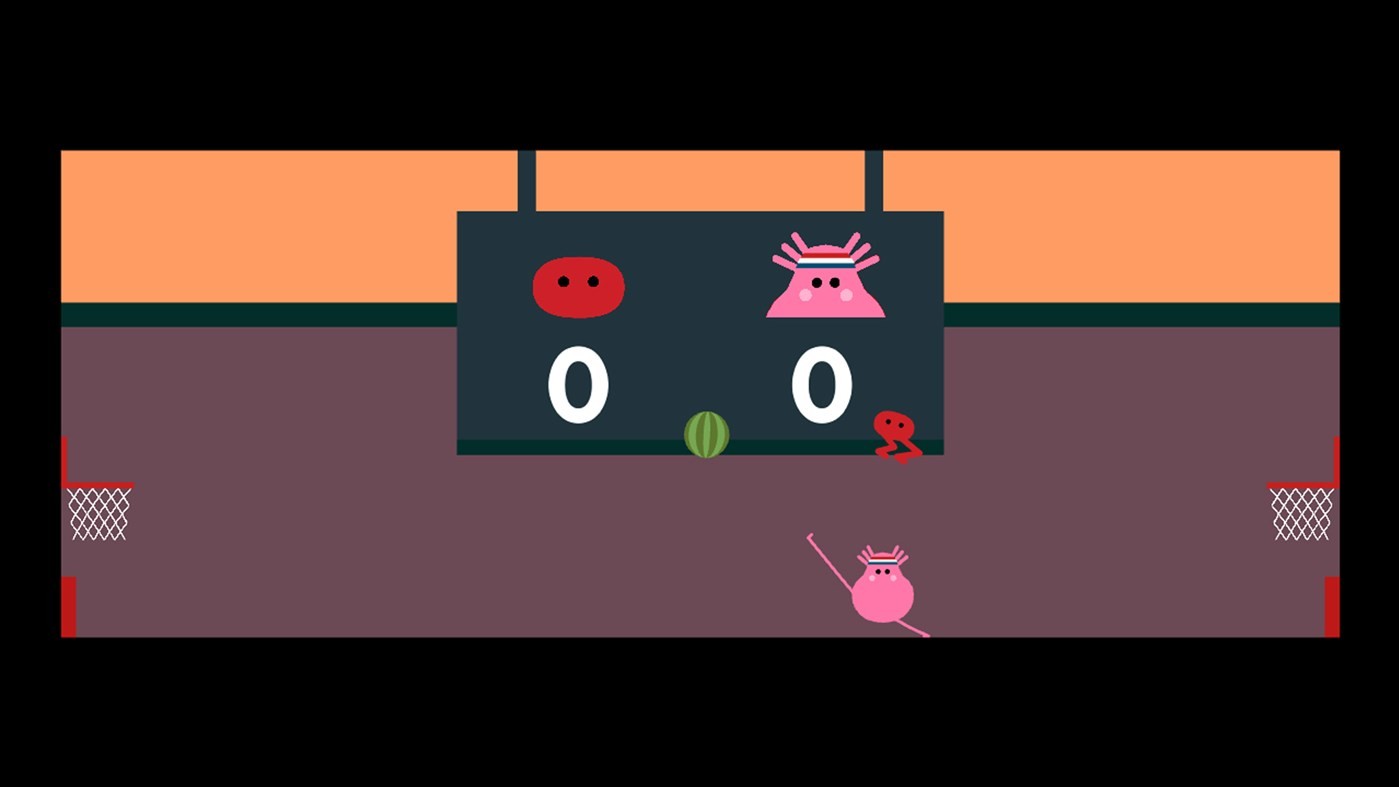 Indie developers are doing a great job at creating “couch” co-op games. Pikuniku is no exception to this rule. A small selection of levels are available to be enjoyed. Piku and Niku must work together in perfect harmony to complete each stage, Sectordub has ensured that the multiplayer mode contains the collectable items, and Baskick, Pikuniku’s fun, if not a little frustrating, mix of football and basketball. The levels are more focused on a start and end goal, and feel much more structured than the main game. I’m normally quite negative about games that do not provide an online version of their local co-op modes, but in this case I feel the amount of content doesn’t justify the additional work that the developers would have had to implement.

The game has you experience the world on all different levels, with so much of the action reliant on accurate movement and simplified controls, I found the title was easy to play, and the controller mapping straightforward. The only time I identified any issues was in the multiplayer mode when the game lagged a number of times causing the controls to be delayed. The delays impacted the ability to complete a number of tasks at the first attempt. It was more frustrating than anything, it shouldn’t be enough to put anyone off, but did tarnish the co-op experience a little.

When I first started playing I was taken back by the vibrancy of the colour palette and how simple the character models were. I had concerns that the developers were trying to create an unusual and standout game at the cost of the story and gameplay. How wrong could I be! The graphic style compliments the theme perfectly, it’s bright, loud, and in your face. Within minutes the basic character models are the norm, I found myself engrossed in the world, and this allowed the story to take over. 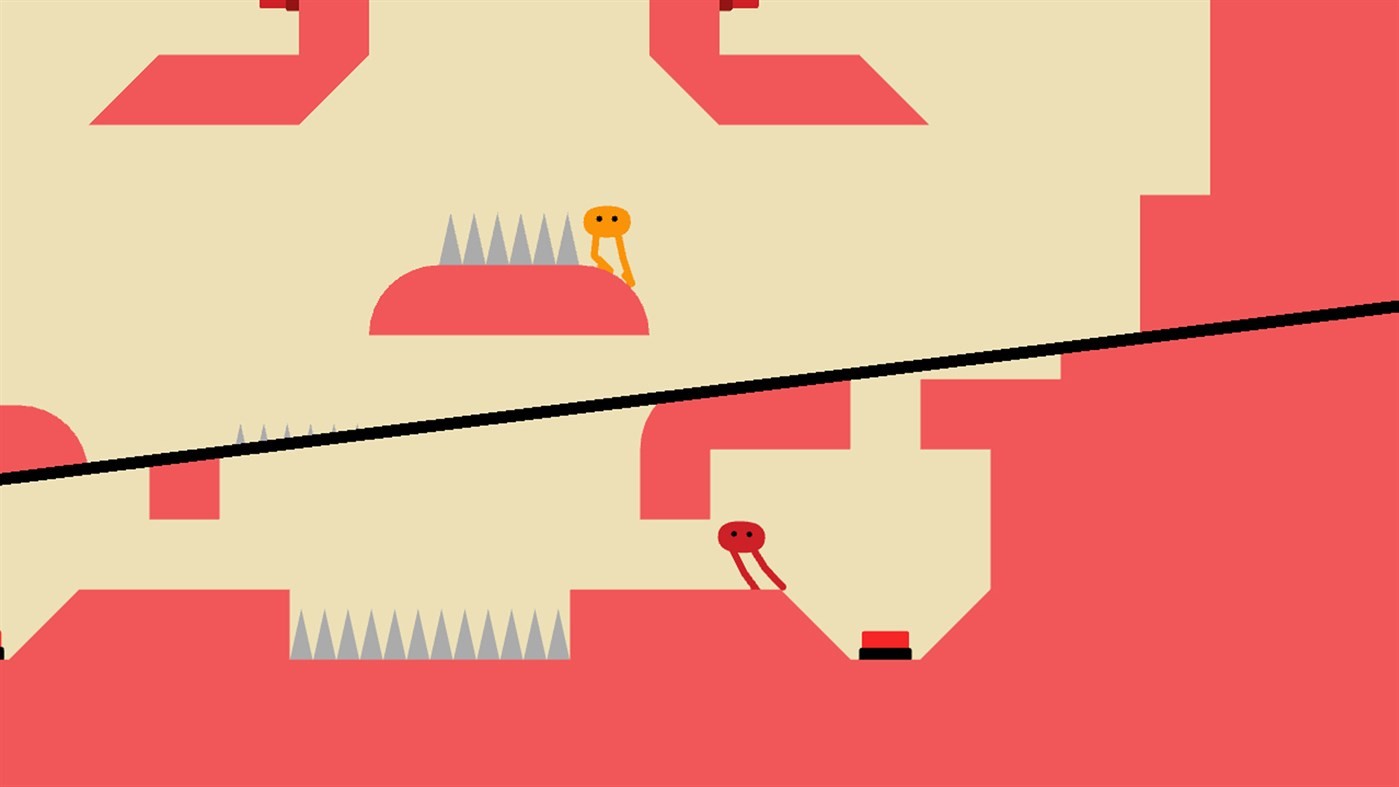 The audio is almost obnoxiously irritating, yet fun and lighthearted. Its upbeat tempo, and constantly changing tones work brilliantly to help set the scene, very much like the simple nature of the graphics, the music fades into the background, and it never overpowers the action. I found both the visual and audio elements of the game to be fantastic, other Indie developers really should look at Sectordub’s work and take note, it made it stand out from other titles in its field and was a treat to play.

I reckon about 8 hours will have everything done and dusted, this will obviously be dependent on if you have a fellow gamer to complete the co-op mode, if you happen to be friendless then the 100% completion will be out of your reach. A few of the collectables can be missed on your first playthrough, if this happens, you will be forced to start again, I personally dislike it when a game implements this method, especially as a number of the items can be tricky to find. This will possibly put a number of completionists off, or it will force people to play with a guide at hand.

An enjoyable and lighthearted game that will suck you in with its crazy storyline and ease of play. A puzzler that is more frustrating than challenging, and you will spend most of your time cursing your lack of ability for failure, rather than the difficulty of the task at hand. It has been aimed at gamers of all levels, though it’s not going to be much of a challenge for hardcore puzzle and platform fans. Available for free on Gamepass on present, you have nothing to lose by trying this unusual puzzle adventure game. I loved every minute and can’t help but recommend it to anyone who wants a casual and fun title to fill a gap on a dull and boring day.

A zany and fun puzzle adventure that has you investigating Mr Sunshine and his oddly generous company Sunshine Inc.

Excellent vibrant graphics.
Simple controls.
Fun and appropriate audio.
Gameplay that is accessible for all gamers.

Collectibles can be missed, forcing multiple playthroughs.
Multiplayer can cause controller lag.
Possibly not challenging enough for hardcore gamers.