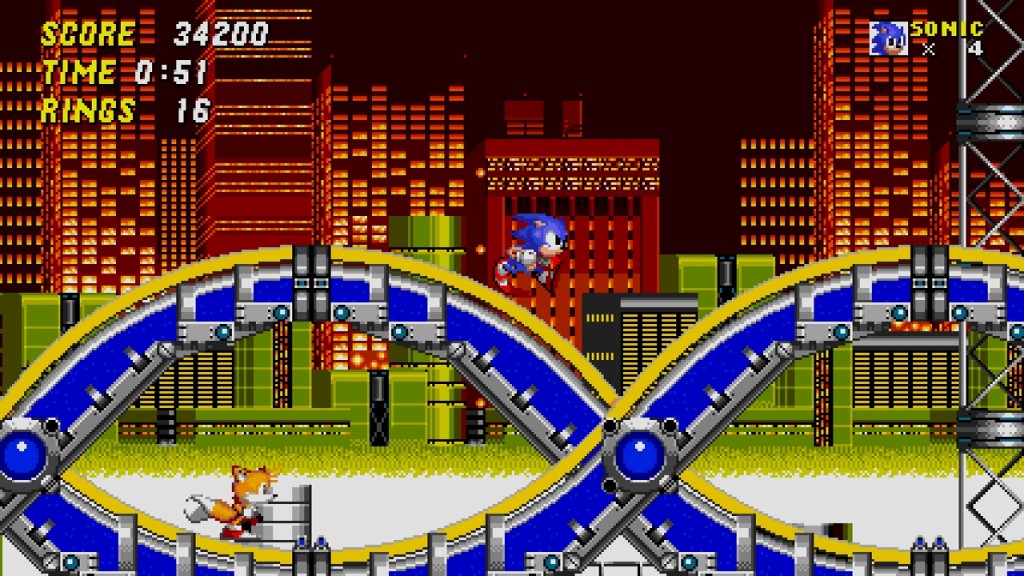 Remember Sonic 2sday? Before Sonic became a bit, well, rubbish, the blue blur used to be a pretty big deal…..arguably the biggest deal. Never quite as mechanically sound as his great moustachioed foe, Sonic the Hedgehog nonetheless stood proudly as Sega’s great blue hope in their ongoing 16 bit war against the family friendly Nintendo empire. The series always had its problems, but back then, Sonic was on the technological cutting edge and host to a number of gorgeous looking and often beautifully designed 2D platformers.

While his star has since waned thanks to the likes of the terrible Sonic Boom and the wretched Sonic and the Black Knight (to name but a few), fans of Sega’s enduring mascot will always have his largely brilliant 16 bit adventures to fall back on. Available on a number of Sega collections and the majority of digital platforms, Sonic the Hedgehog 2 is arguably the best of the bunch, and now, thanks to M2’s exemplary work on bringing Sonic’s critical and commercial high point to the Nintendo 3DS, it’s now better than ever before. 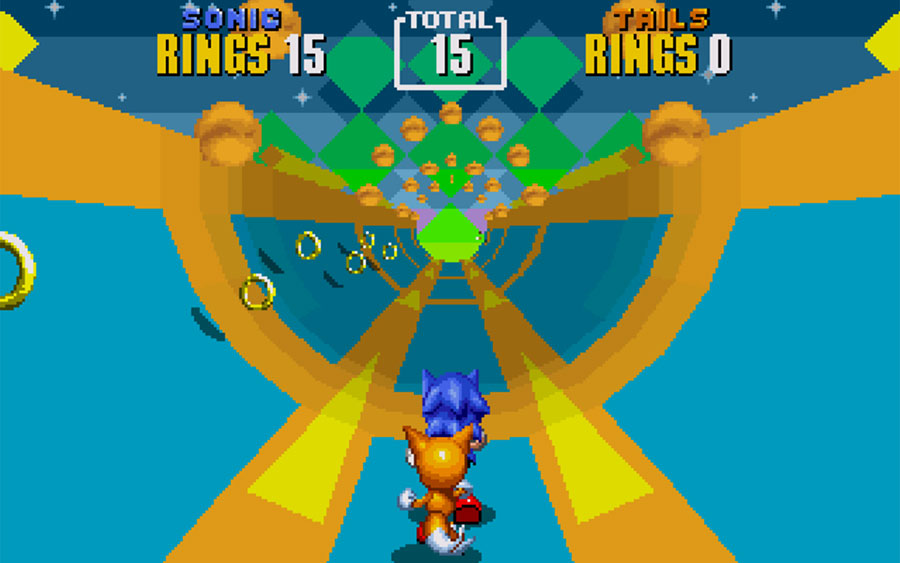 Coming off the back of their great work on updating a number of Sega’s arcade and Mega drive classics for the Nintendo 3DS (OutRun is especially good, but they are all universally fantastic), M2 have once again gone above and beyond to deliver what is unquestionably the definitive version of Sonic the Hedgehog 2. Beyond the fantastic implementation of the handhelds’ 3D capabilities, a number of additional extras combine to make this classic Mega Drive platformer as enjoyable today as it was back in 1992.

Many of the series’ long standing issue remain with poorly positioned obstacles causing either death or unnecessary loses of momentum, but at its best, Sonic the Hedgehog 2 provides a beautifully crafted collection of stages that are as fun to explore as they are to tear through with wild abandon. With numerous routes and stages that are as vertical as they are horizontal, simply exploring Sonic 2’s consistently gorgeous looking world can be a joy unto itself. As always though, Sonic is at its best when you are looking for that perfect line and attempting to blitz the stage as quickly as possible. While not as consistent a game as something like Super Mario World (what is?), when in full flow, when firing on all cylinders, there is still very little out there that can match that amazing sense of speed and control found in Sonic the Hedgehog 2. Some will tell you that it’s all nostalgia and that Sonic was always rubbish, but going back and playing Sonic 2 again, it quickly becomes apparent just why the 16 bit releases (and this game in particular) were, and continue to be, held in such high regard. 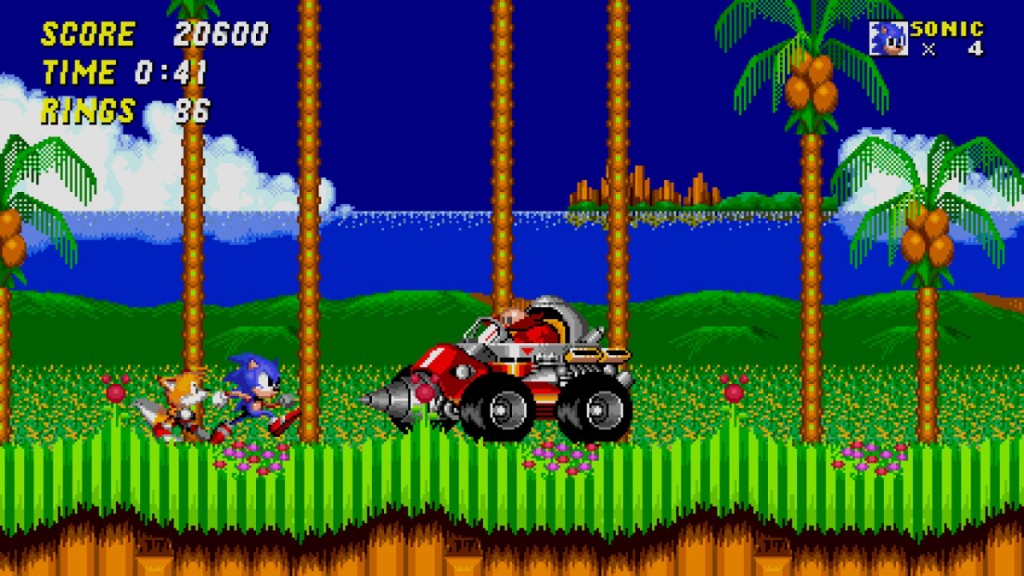 Those questionable design choices and rough edges that have a nasty habit of spoiling the fun, while still here, have been smoothed out by M2’s fine selection of additional modes and extras. Beyond Super Sonic being unlocked upon completion of the game (thus sidestepping the need to complete all of those 3D bonus stages which aren’t nearly as fun as you remember), Sonic the Hedgehog 2 also benefits from the inclusion of an all-new Ring Keeper mode which gives you additional rings while reducing amount of loss upon impact with the enemy and a host of additional save and level select options. Those might sound like relatively basic additions enough on paper, but believe me, they make all the difference in the long run. As good as Sonic the Hedgehog 2 might be, not every stage is a winner, so the option to pick and choose which stages you want to re-play and perfect proves an extremely welcome one.

It’s far from perfect, but there is something undeniably special about Sonic the Hedgehog 2. Despite its issues, when you find yourself in the midst of a perfect run on one of the exemplary Green Hill stages with Masato Nakamura’s unforgettable soundtrack ringing in your ears, it suddenly becomes very easy to overlook the minor niggles and instead remember why so many people loved Sonic in the first place. He may have fallen rather dramatically from grace in recent years, but M2’s exemplary 3D conversion serves as a timely reminder of Sonic’s true potential.