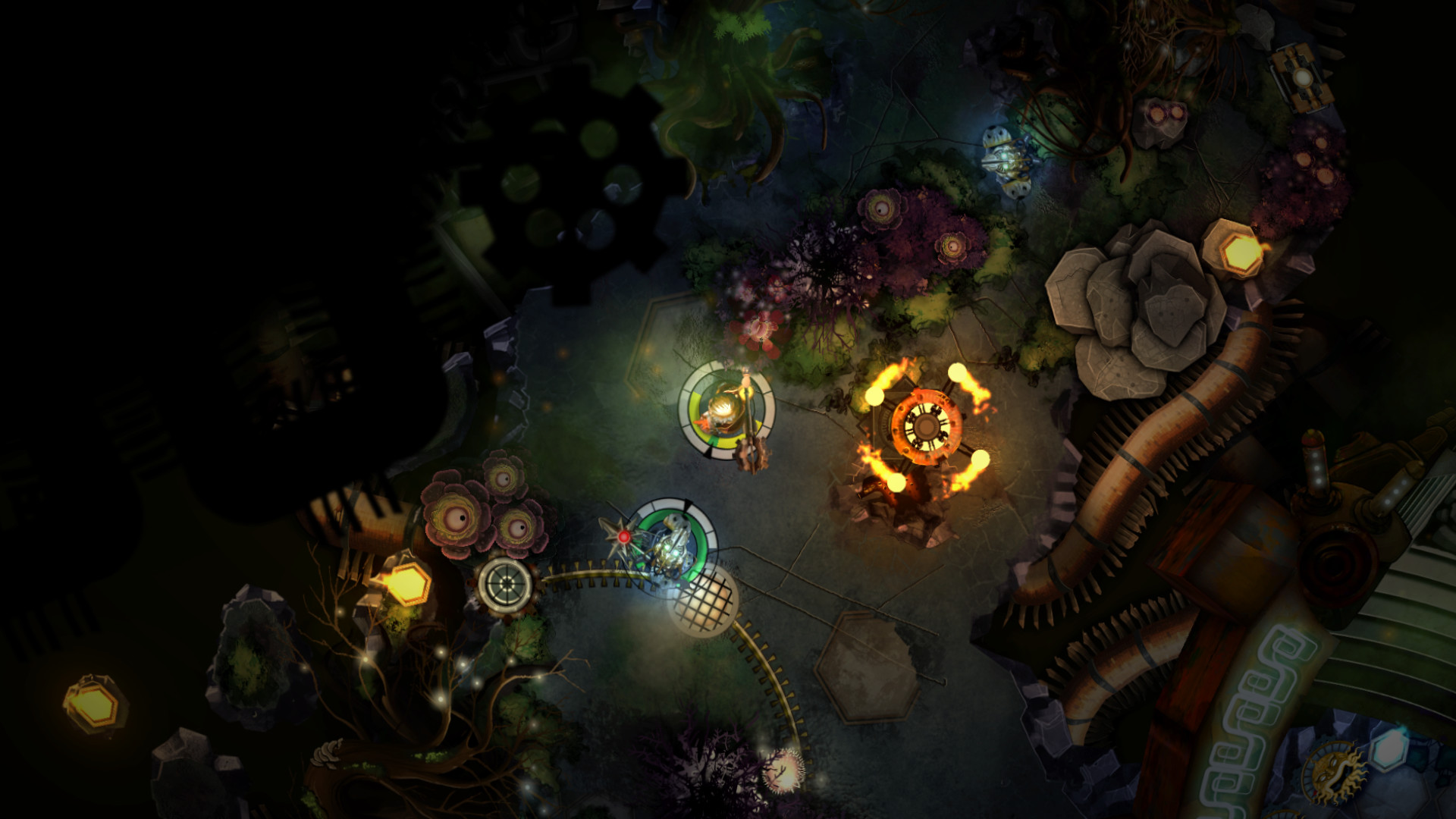 Soulblight is a top-down, Rogue-lite Action title that combines elements of Steam Punk worlds and (almost) Cyber Punk themes to create a beautiful world full of danger. Released on March 15th, 2018, by My Next Games, Soulblight is an ambitious blend of unique RPG elements with combat-oriented gameplay. But does it offer enough clever details to compete with a vast genre of similar titles?

Soulblight offers an interesting mix of RPG elements, including the “Taint” system. These attributes are selected before the level, and carry both a boon and a bane for the player. For example, the Hoarder Taint encourages players to have a variety of items in their inventory; the vaster the collection, the better the bonuses. However, it comes with a penalty for losing items — either by selling them, or dying and losing them that way. There are Taints that promote aggression or evasion, seeking out secrets, and beyond.

Unfortunately, that is where most of the ingenuity for Soulblight ends, and a wealth of issues kick in. The combat in Soulblight still needs a lot of work — it simply isn’t fun, and comes off as clunky and lacking polish rather than offering a rich experience. For this genre, in particular, the gameplay is essential; a Rogue-lite with weak combat, frustrating controls, and a lack of finesse just cannot compete with better-designed titles. Soulblight and games like it depend on the action and mayhem, but even the “grapple” system feels incomplete. Players can grab ahold of enemies if they attempt to flee, grabbing them while they continue to attack, thwarting the escape. However, this means enemies can also grapple our protagonist, and two opponents getting their hooks in you is essentially a death sentence. The ability to block enemy blows and dodge their attacks is useful, but with the clunky controls, it felt more like drawing out the inevitable rather than layering in an interesting option. 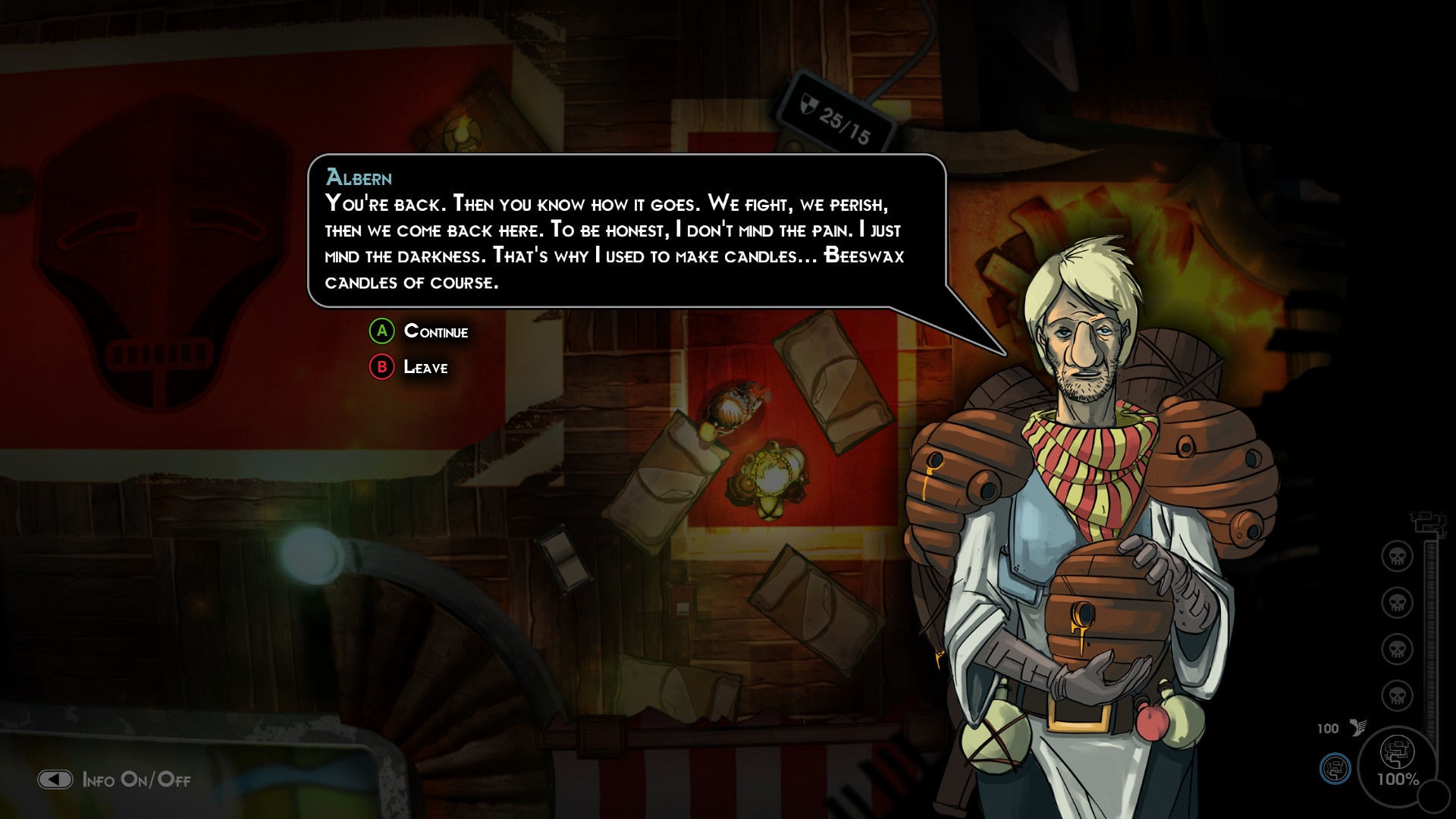 A stealth feature is another rudimentary element of a Rogue-lite title, but in Soulblight the mechanic feels like an afterthought. The top-down design makes it fun to use the environment to dodge line-of-sight, and the in-game landscape is rich with shadows and obstacles. But once an enemy has seen you they will pursue indefinitely, which makes the stealth mechanic useless in heavily armed areas. It’s a shame because the level design is sharp and ideal for using it for an advantage.

Arguably, the look of Soulblight is one of its most rewarding elements. The world is vivid and colorful, with elaborate locations ready to be explored. A variety of objects harbor loot, and often I had to pay close attention or risk missing an opportunity to search for items. The Steampunk elements blend with futuristic themes. The enemies are varied enough to be interesting and look intimidating — especially when approached in numbers.

The health system in Soulblight is intriguing, and the implementation of varied damage types was a refreshing change of pace. It took me awhile to get the hang of basically having damage “slots,” as opposed to a health meter; I could take four hits, of any damage type before I died. And the different injuries have various methods for healing, an aspect that added extra depth to the overall experience. Items can be combined and upgraded, and the in-game NPC merchants are a fun blend of macabre, random themes. I would have enjoyed more depth to the storyline, especially since the NPCs are curious at face value; unfortunately, I spent most of my time in the game unsure of why I was doing things, who the main characters were, and what possible reasons I had to care about anything in the world. 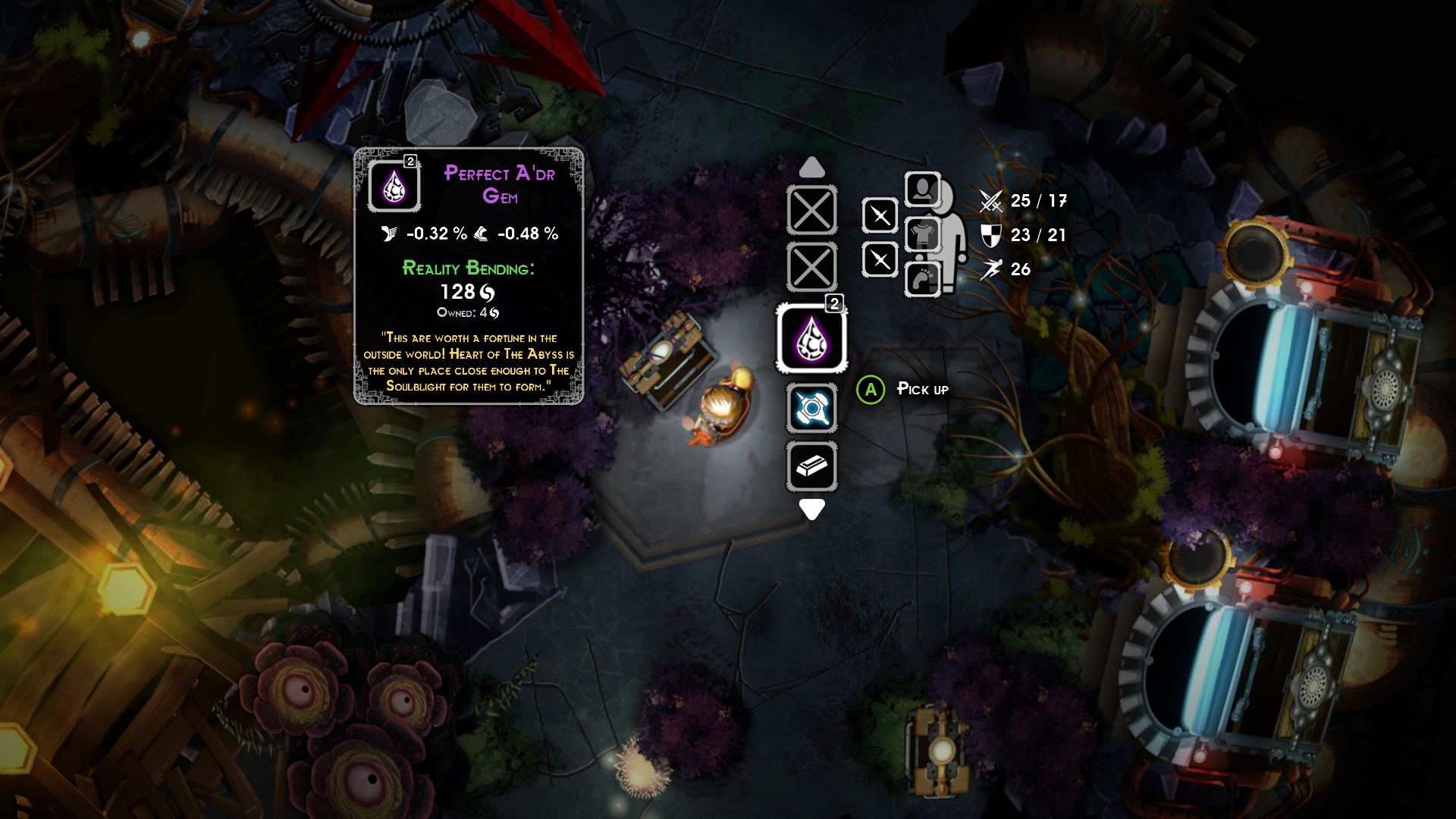 Soulblight feels more like a title still in beta, or at least in Steam’s Early Access, and it remains a little too rough around the edges. For a final release it is lacking in finesse and polish, and unfortunately, that includes many aspects that are crucial to the Rogue-lite genre. The combat leaves much to be desired, and it is arguably the bread and butter of this style of game. The lack of a solid plot might not be a deal breaker for most players, but that on top of wonky controls and a lackluster style mechanic was too much.

The world within Soulblight is lovely and interesting, with a lot of depth and detail to the levels; the “Taint” system is original and fun. But this title simply misses the mark on too many key features, becoming tedious and repetitive in a hurry. The combat simply isn’t fun, and the quirky NPCs in the world are lost in a muddled plot that goes nowhere. Fans of the genre might find enough in this Indie experience to merit its addition to their library, but unless you’re a die-hard fan of these elements I suggest looking for a more complete, polished Rogue-lite package.