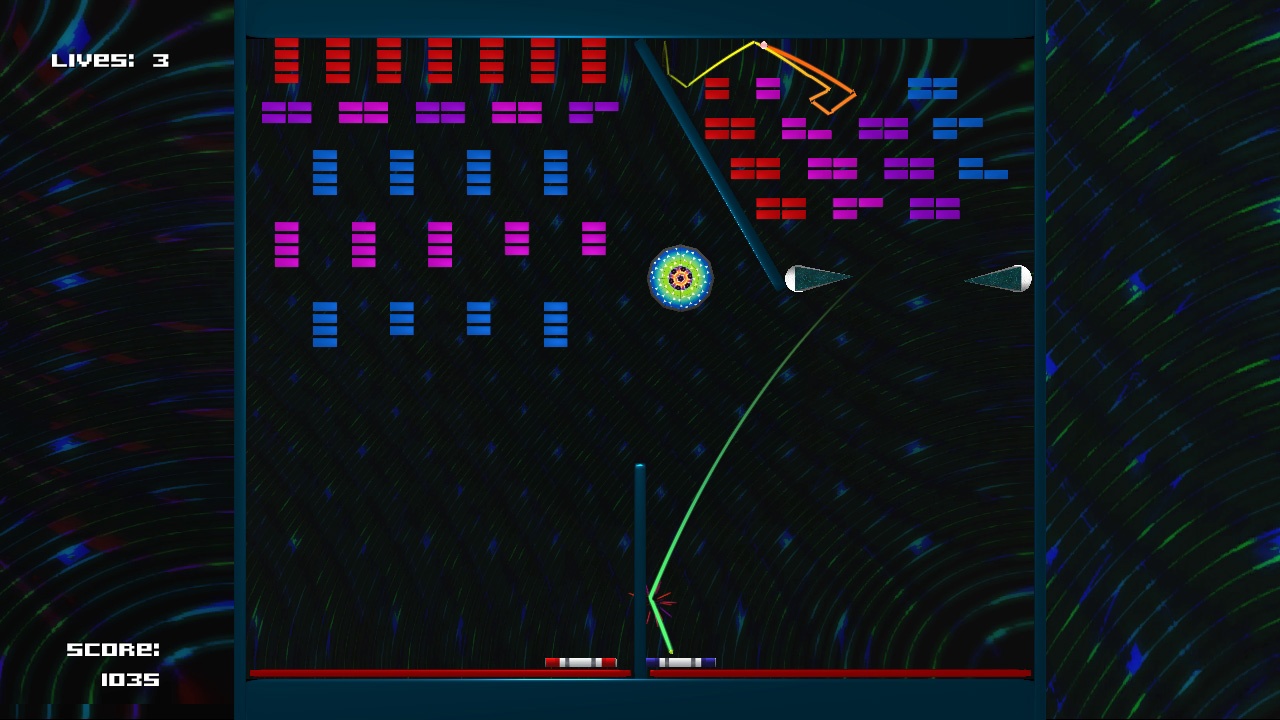 Developed by indie developer nu GAME, Pinball Breakout is a unique little old school 8-bit Pinball game that combines the mechanics of a traditional breakout game with that of a flipper game. With 15 levels that really test a players skills, this game is sure to be a good time consumer if you have a few hours to spare. Even though this fun title will test the abilities for even the most experienced pinball player, it’s the kind of fun on the go classic experience that lets the magic of an eight bit pinball game become accessible and convenient for those that really appreciate a unique take on an old favorite. Since the resurgence of the 8-bit classic graphics has resurfaced within recent years, the lack of graphic fidelity is not something that should deter the casual or hardcore gamer from taking a crack at this game.

Though the premise appears to be simple on the outside as with most pinball games, Pinball Breakout takes it a step further as you protect your ball from hitting the surface, breaking blocks as you go to maximize your score. As you keep progressing through each level, players will occasionally have another ball come to the mix every so often, making this retro modern classic a bit more of a challenge as you battle to save both from hitting the surface. Whether playing solo or with another player this game is bound to make some grinding times fun for each level experience 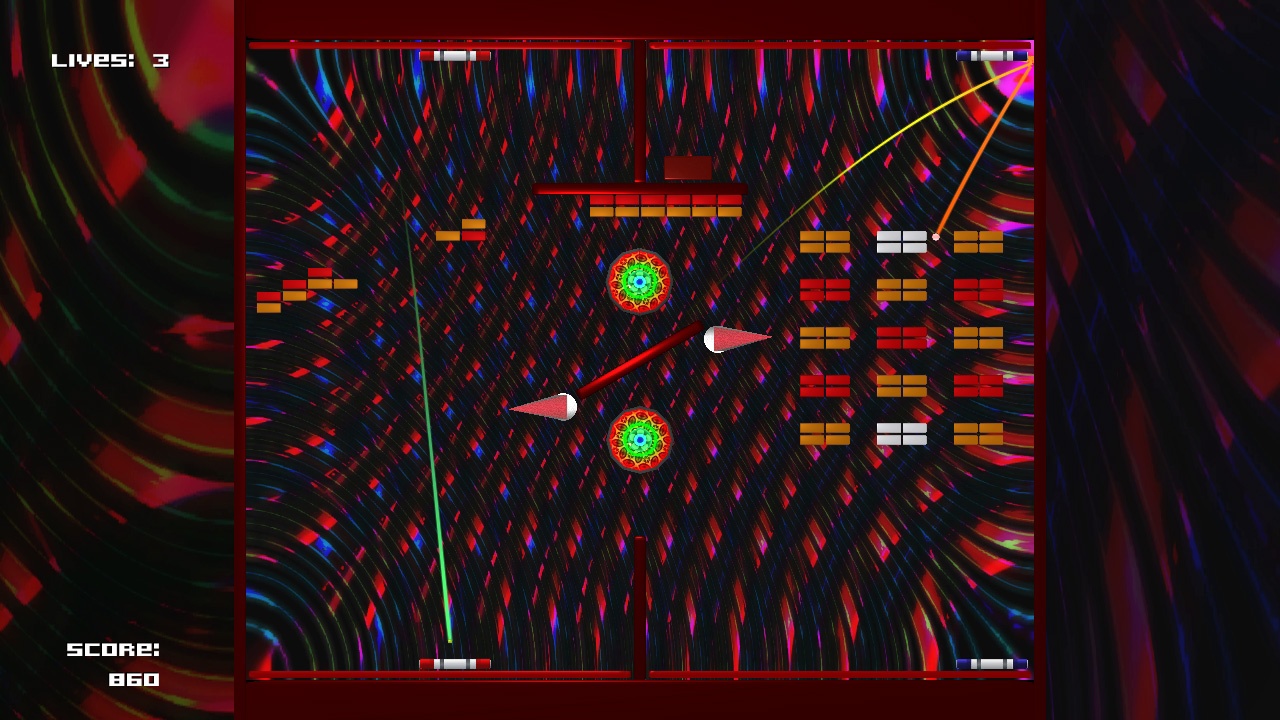 The game is sure to bring a lot of the nostalgia and memories of traditional 80’s video game aesthetics back to the modern game industry from the graphic fidelity all the way down to its fun retro soundtracks, however, some of the game mechanics become a bit cumbersome as the levels get harder. Since there are two bars that move interchangeably as the balls jump from side to side, it provides a challenge in some aspects and in other ways not so much. While it provides a unique touch to using bars instead of the usual bumpers for the standard pinball game, the crossover can become a bit taxing as the difficulty of the levels increase.

The casual player may find this will hinder their experience if they are just looking to jump ahead to other levels, as this is a traditional old school game mechanics wont let you play certain levels until you have defeated ones before it. If players are used to the grinding mechanics of other games, this shouldn’t pose a problem for the ambiance of the game. 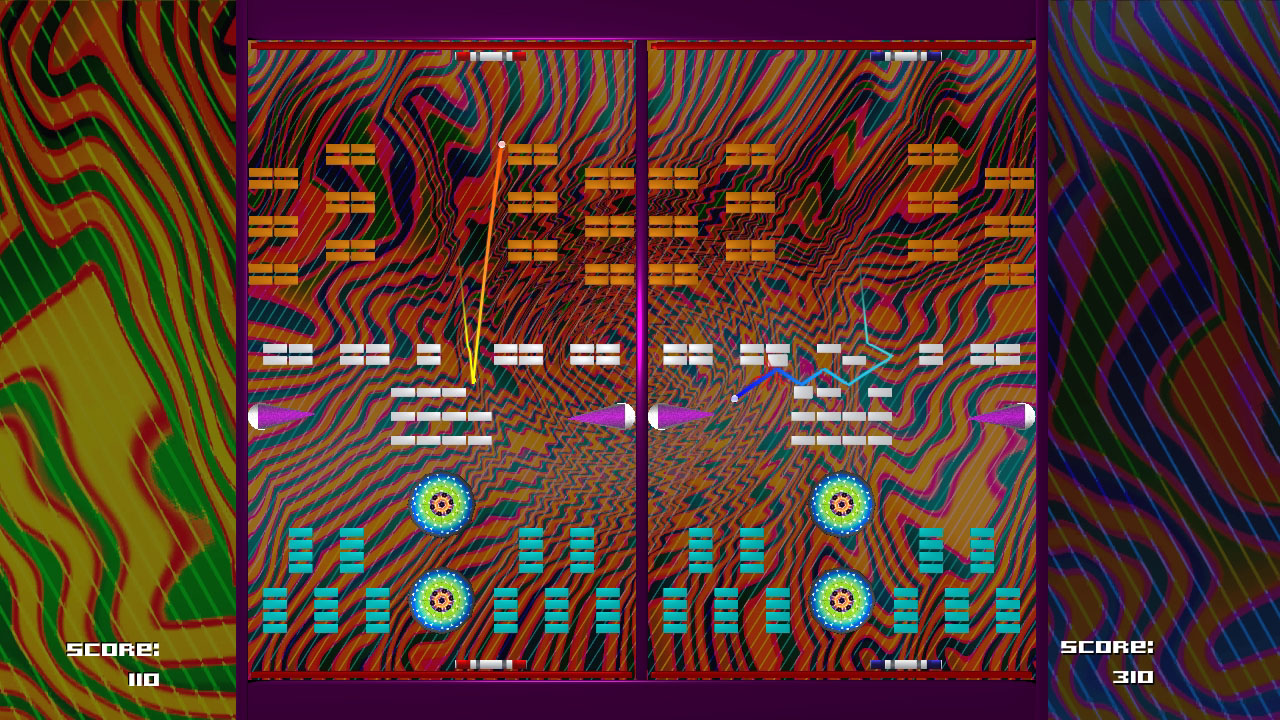 Other than this small flaw, there shouldn’t be a reason not to give this game a try, the simple graphic nostalgia alone for some players will be enough to give this game a chance. The music also adds to the already heightened visual old school experience for those that truly appreciate the time taken to recreate this era of gaming without over doing it. While the mechanics to a certain extent could be perfected, it is not a factor that will destroy the enjoyment of the game.

Developers at nuGAME have got quite the unique hit pinball experience on their hands should they choose to clean up this little flaw and will sure bring pinball fans young and old to join the fun. Even though there has been a slight over-saturation of 8-bit classic experiences, the game does try to differentiate itself from the rest by taking a chance with new mechanics and visual level experiences.