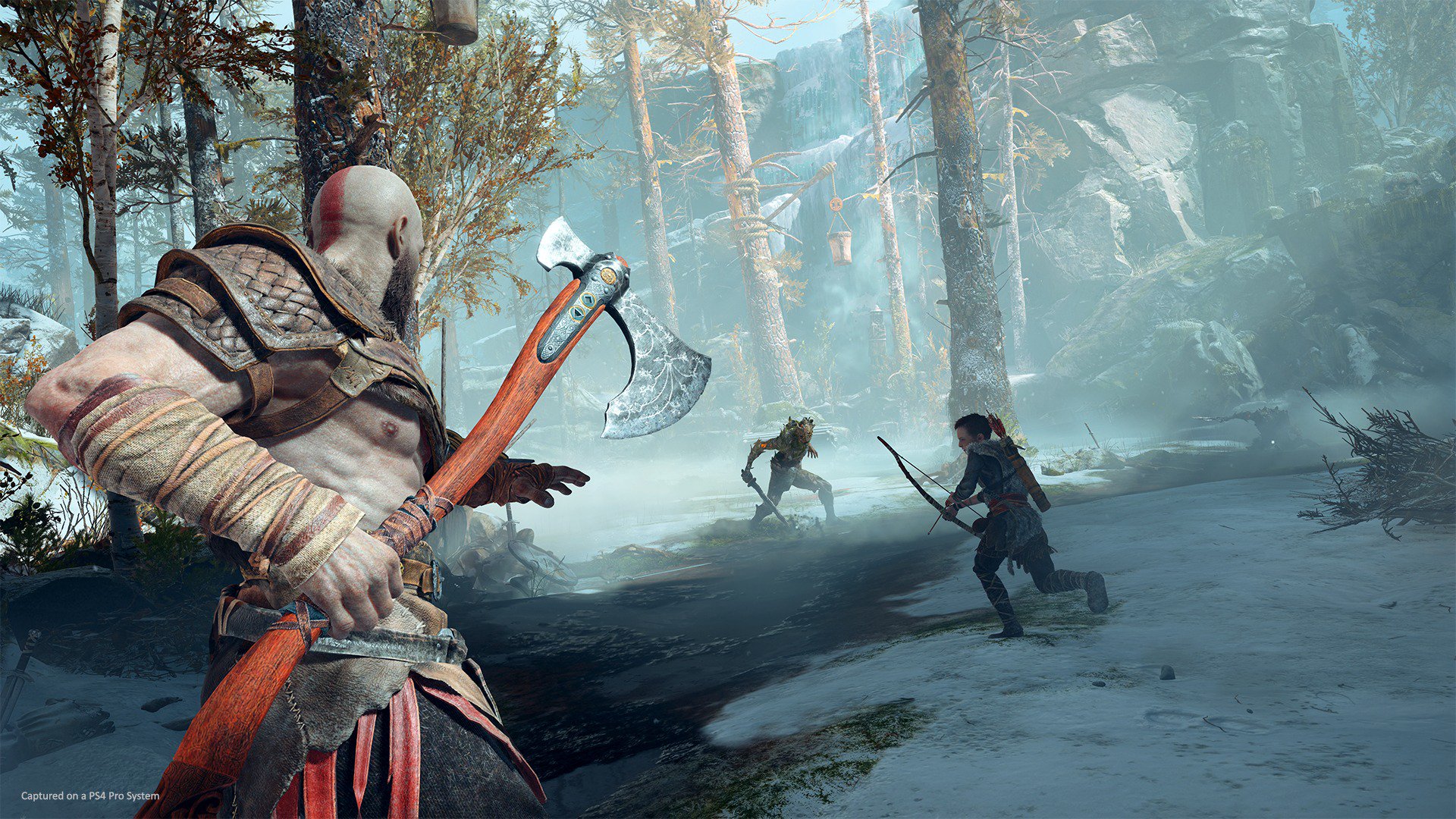 Like many great popular franchises that have reinvented themselves in recent years, the new God of War does the exact same thing by dipping into the well of open-world RPG style game this time around. It also shifts its original Greek Mythology focus to Norse Mythology casting off the iconic Greek gods and legends that helped set the tone and provided the very bases for every game that came before it. It’s a nonstop storm of emotions and gruesome that is a masterful structure of all the right parts that when join together are both exceptional and enjoyable. With these new shifts they don’t signal the end for God of War but instead allow the series to take a chance and express itself in brand new ways.

Within the span of 25 plus hours its newly crafted games design pays off  in unexpected ways from both the gameplay and the [fish out if Greek water] story while all being framed in one continues camera shot that keeps you engaged all the way through and never takes the focus off the heart of the story — the relationship between the well thoughtfully re-imagined Kratos and his young son Atreus.

Converting from a furious, blood thirsty iconic Kratos to a now Emotionally complex father figure with his son to protect and guide he retains the old violent tendencies that made him a star so long ago, but we also see Kratos take a deep breath and bury his savage instincts as he tries to set a positive example. The major differences between the two plays out in varying human moments  throughout the entire story as the pair mourn the loss of their wife and mother and set on a quest to fulfill her final wish to have her ashes spread atop the highest peak in the land. With how often I found myself in both of their well worn shoes it’s easy to get sucked into the duo’s deep emotional journey and buy into their mutual growth. Though he is a teacher, Kratos carries a wild amount of grief and only the innocence of his son keep help him overcome, and even Atreus experiences his own ups and downs that would have probably ended up leading down a much different path if not for Kratos’ guidance.

It has a very similar emotional vibe to how Naughty Dog’s “The Last Of Us” was with the bond and growth of both Joel and Ellie, however following this game I couldn’t quite remember a father-son bond so successfully developed and used to put such a fantastic and memorable adventure. 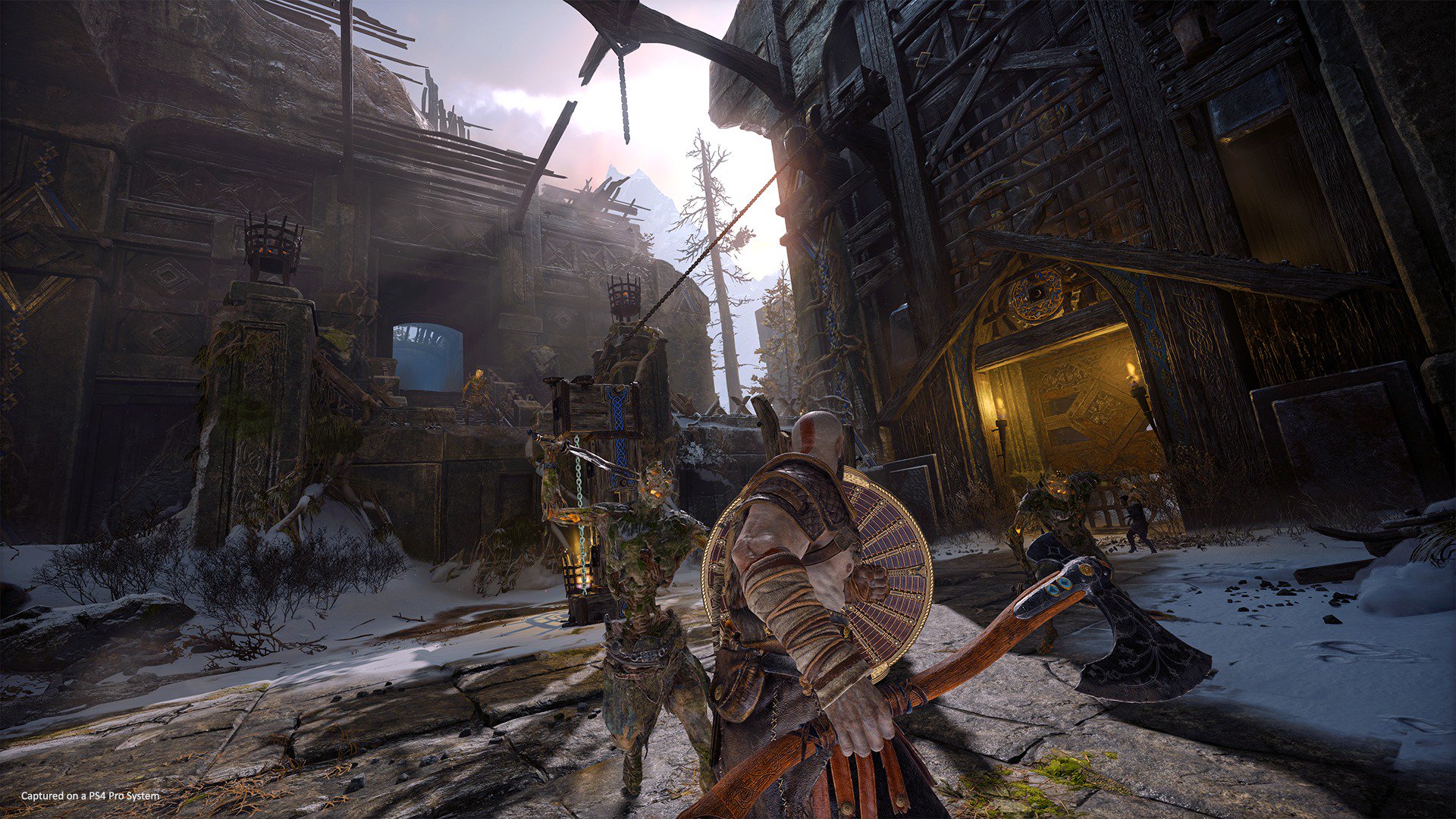 Christopher Judge turns in a fantastic performance as Kratos deep booming voice, and Sunny Sulijc does just as well as Atreus and they’re complemented by and even more well performed cast. The main villain and many of the supporting characters are complex in their motivations as well. Though we don’t often get far too many scenes of the main antagonist as we should have the moments that involve the entire group not only captivate the story, but often fascinatingly reflect the story of Kratos and Atreus.

The attachment of the story is strengthen by God of War’s single shot camera style which never cuts once from title screen to ending credits… unless you die that is. It’s this style that enhances the sense of scale not only when you’re going up against huge enmities, but in serious cut-senses it made me feel closer to Kratos at even the most heart breaking points forcing you to set through every second which is something the original trilogy never focused on.

When it comes to combat the relationship between father is smartly designed that there are no distractions in a sense that Atreus doesn’t require you to watch over him so you can always count on him on the battlefield. He’s a nearly invulnerable ally who fires arrows at your enemies on command and can also be upgraded to to do even more. As for Kratos, his signature weapon this time his new Leviathan axe which is by far one of the best and smoothest weapons I’ve used in any recent game. One of its best tricks is that works a lot like Thor’s Hammer Mjolnir as shown in Marvel movies. With great sound and subtle vibration when calling the axe back makes the feel of throwing and calling the Leviathan is just so satisfying that it never gets tiresome even after throwing it hundreds of times later.

When finding the right combinations of slicing, throwing, assistance from Atreus, and even parrying with his retractable shield makes battles fun and bloody at the same time. With a verity of unlock-able special attacks  for both Kratos and Atreus lets you customize and enhance your fighting style by building up on experience points to use to allow you to expand your move sets and perform some flashy combos. 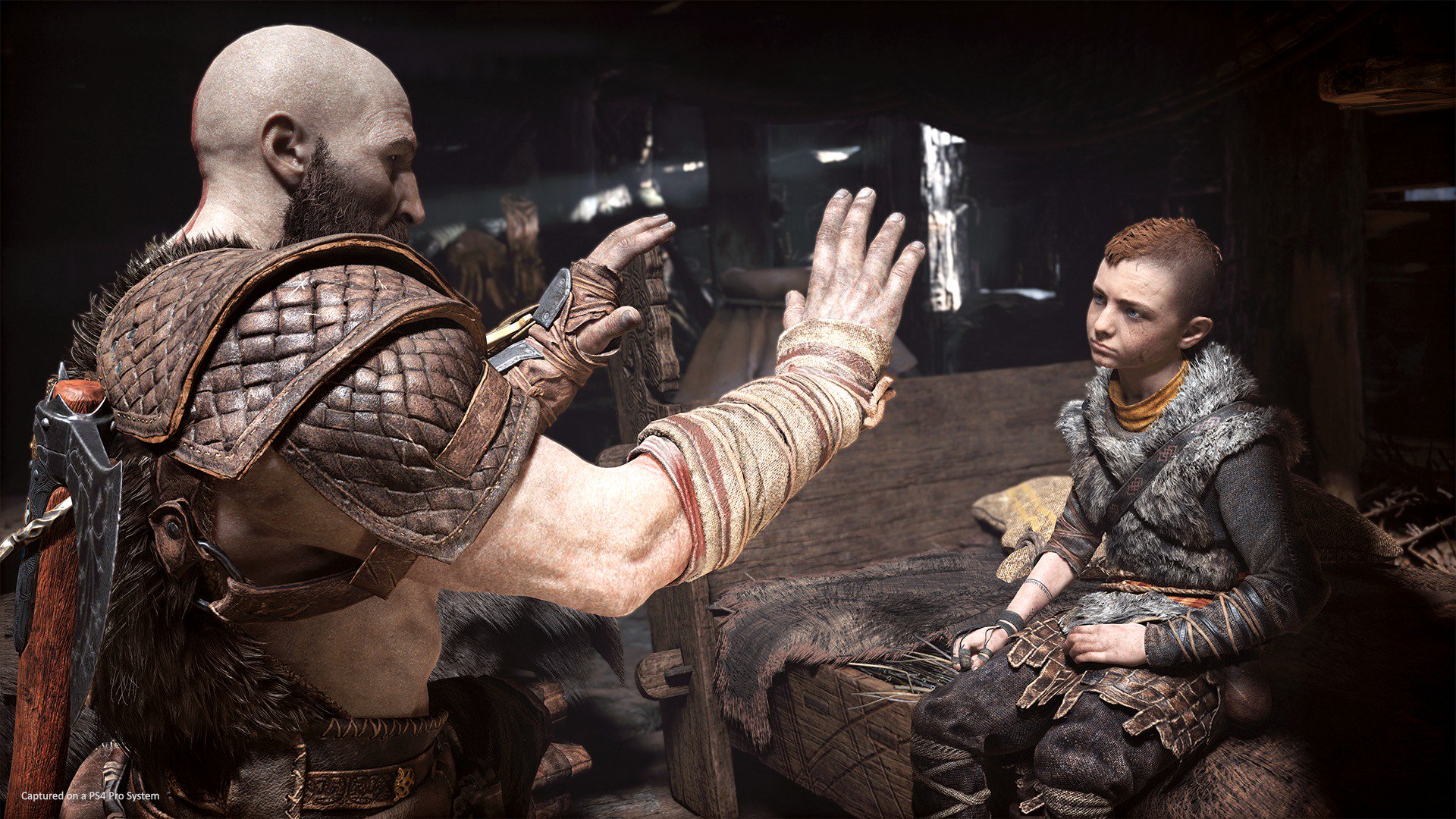 The best part of it all is how you’re forced to mix things with the help of a verity of enemies. The larger enemies put up bigger fight but even some of the best battles come from the normal sized enemies can also offer a hefty challenge depending on the skill. Unless you happen to come into battle with multiple types of foes at once then you’re safe for the most part. There are even several boss fights that do a fantastic job at showcasing Kratos’ god level strength and ability.

It’s God of War’s open, but also contained nature shuffles you through location with a question, but little by as you play the world slowly unfolds through smart integration with the story. There are several great optional areas you can miss entirely if you take Atreus’ hit to go and explore around, and both these and the locations that play a key into the story make smart use of Norse figures end location rather than have areas just take up space. Some areas are reshaped/modified throughout the story in ways that repeat visits valuable and rewarding if you feel like you missed out on the something the first time. Knowledge in God of War is its on reward as you can discover every bit of mythology all throughout different areas of the map which I came to enjoy very much.

Even after the story you can probably put in at least another 10 to 15 hours to try and discover the world due to its massive scale and even with that I don’t feel that would be enough to find everything. That just shows how gorgeous everything in the game from the environment to the little details on Kratos and Atreus.

With this new revamp God of War I expected nothing less but great action and truly lives up to that mark, but what I was expecting was it to be this thrilling journey where every detail complements the other to form this one of a kind masterpiece that by far one of the most memorable games in the series. It’s vibrant well constructed and stuffed with hidden secrets that I probably will never find all centered around story now revolutionized a flat one-note character into gaming legendary greats. Sense of discovery like that in a game is rare with a game like experiencing it first hand is surly a must.