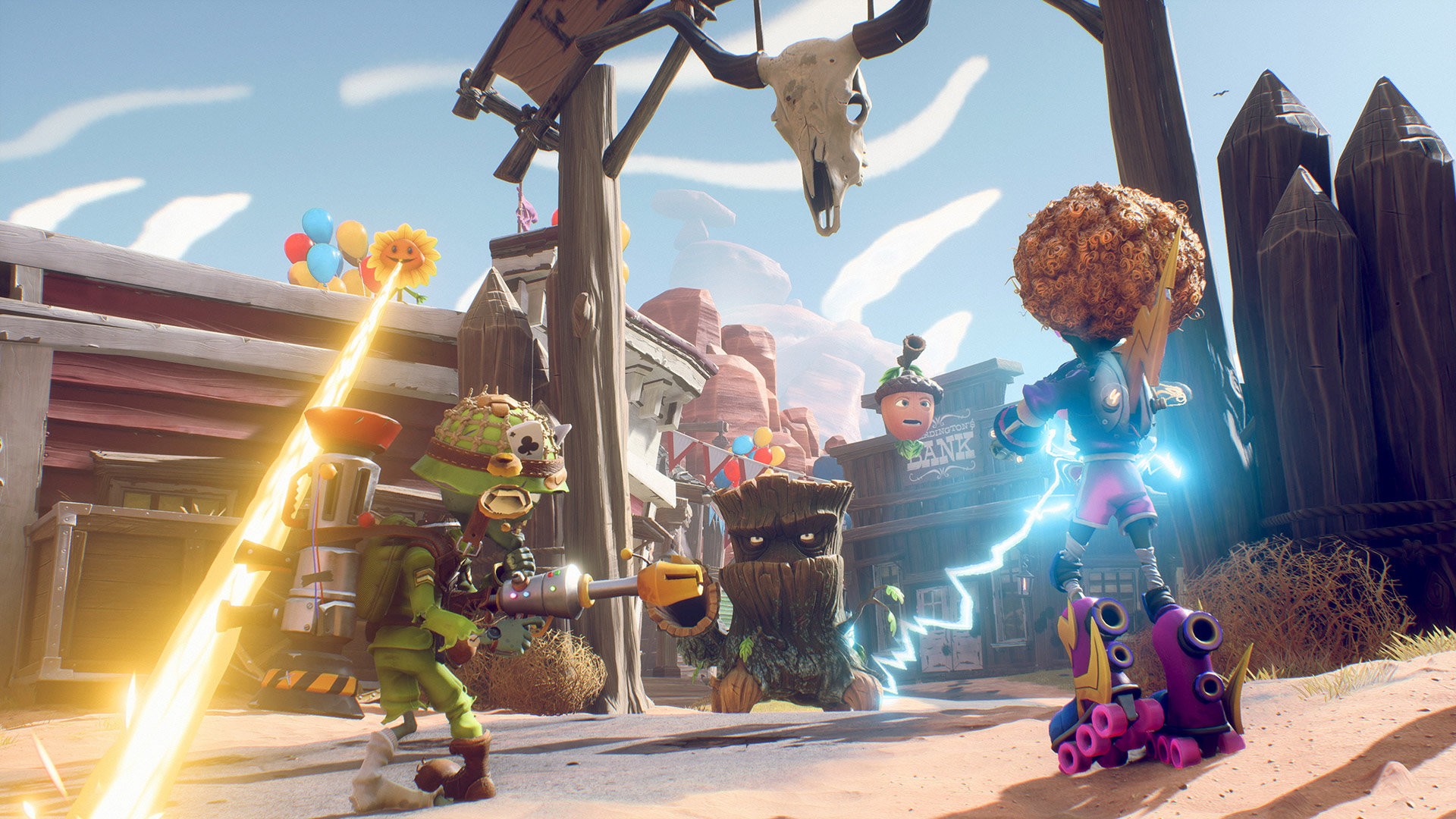 Plants vs. Zombies: Battle for Neighborville, developed by PopCap and published by EA Games is the latest release for this highly successful 3rd person shooter. Available on PlayStation 4, Xbox One and Microsoft Windows. Released in late 2019 will this be third times the charm for this successful series, or just another money making spin by EA Games?

Most sequels to games will take a tried and tested method and add something new and exciting to keep returning players happy, but also entice a new audience. This is true to a certain extent with this addition, so let’s look at the changes from Plants vs. Zombies Garden Warfare 2.

The single player element has been increased with 3 new story areas to explore. One of the areas is cohabited by both Plants and Zombies, zones 2 & 3 are unique to each party. When exploring each area you will notice that there are several collectibles, quests, unique enemies and tasks to complete to achieve the 100% goal. The reward for completing each story area is access to several custom clothing items providing you have the currency to purchase them, I will delve into currency later in my review.

The story areas are littered with mini-games in the form of Garden Ops and Battle Chests. Each consists of 5 increasingly difficult game modes to challenge yourself against the computer characters. These single player areas will take around 10 hours to complete, I found that the repetitive nature got a bit tedious, and would worry that others may find that they are bored with the repetition. Another item to note, if you start a quest as a particular class you cannot change this midway through. This may lead to frustration if the boss or quest is just not suited to the class you have selected and will result in multiple failures until you either somehow succeed or you give up and change to a more balanced class.

The communal area where all of the characters start is something of a downgrade from Plants vs. Zombies Warfare 2 in my opinion. If you have played the second game, you will recall that you can go to the centre of a shared area and start a mini game, where the goal is to protect the area from multiple enemies over several rounds. This mini game no longer exists. Not only does this take away a fun aspect, it also reduces the opportunity to learn your class or grind a bit of mindless XP. Downside number 2, you could previously invade each other’s bases, which in turn would cause total carnage resulting in a large scale battle against the AI or another player. This is not included in the game, which for me removed a large portion of the community fun found in the previous chapter of this trilogy. I do not understand why they erased this game mode. The communal area in PvZ does allow both sides to meet up and battle it out, whilst this is fun and whimsical, it also gets extremely repetitive and offers nothing different from the single player or multiplayer modes. 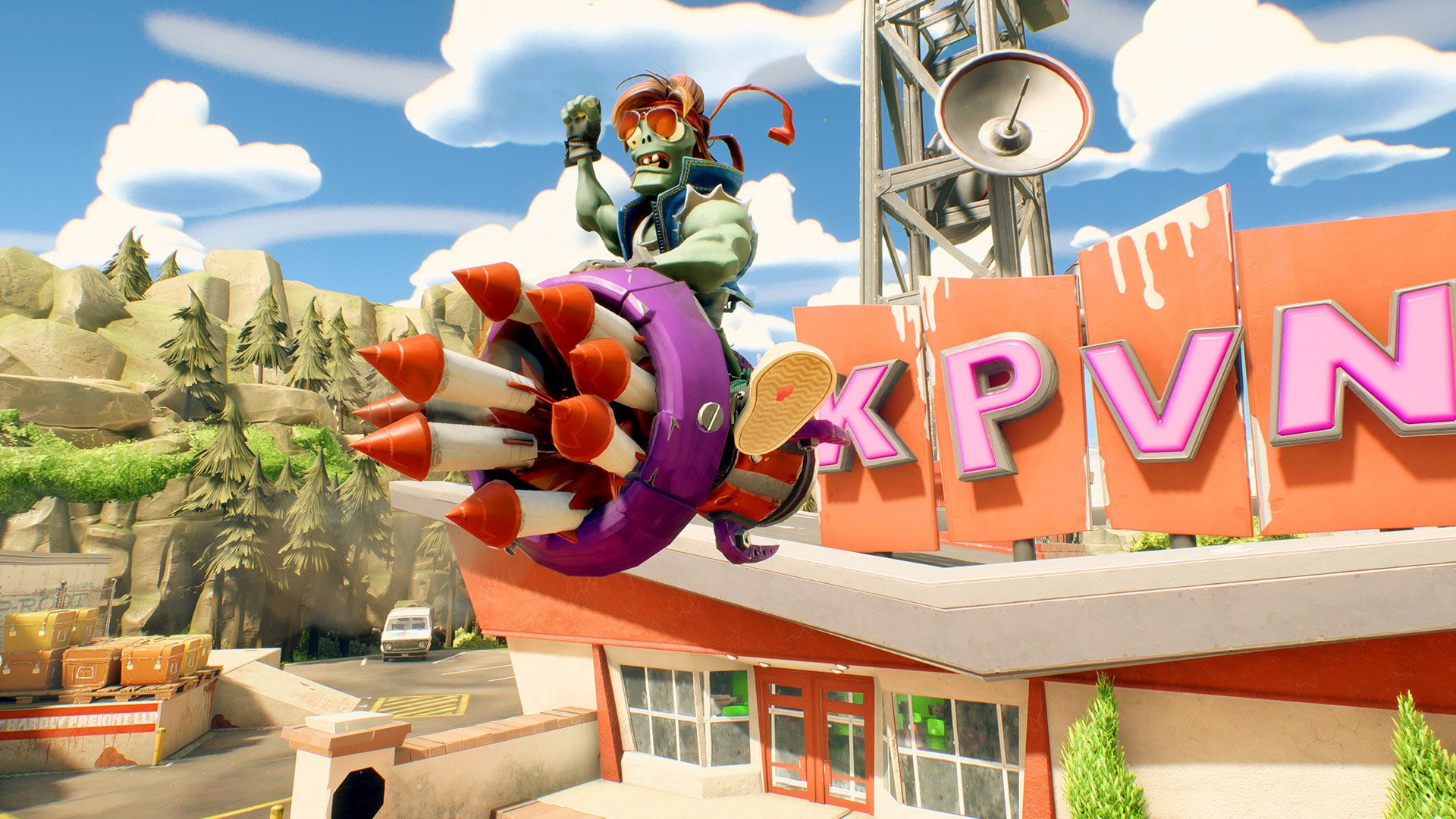 The multiplayer maps are different from the other games in the series. However they don’t really offer much in the way of anything new. Once you have been through the limited rotation a number of times you will have seen everything the game has to offer. This isn’t necessarily a bad thing and allows you to learn the maps fairly quickly, but without trying to repeat myself too much, the repetition can cause you to lose interest after a while.

There is a new tactical game mode called 4 x 4 Battle Arena, to describe it as brutal would be an understatement. Death will eliminate you from the round. When you do re-spawn, you have to select a different class, which forces you to change up your game style and working with your team mates is really the only way to succeed. The downside of this game mode is a lack of popularity means long lobby waiting times.

The roster of characters have been increased on both sides, with the player being able to choose from 10 characters on each team. The Plants have the Acorn, Nightcap and Snapdragon to choose from and the Zombies have the Space Cadet, 80’s Action Hero and Electric Slide.

The Acorn has the ability to morph into a large Oak tree and the Space Cadet into a Space Station. What is amazing about this you may ask? Well, if multiple players on the relevant team are also playing the Acorn or Space Cadet they can connect to the Oak or Space Station and this adds a new tactical element to the game, as it will increase the attack and defence of that character.

The other new characters that have been included add a certain charm and compliment the already excellent cast of characters available. The class balance has always been something that Plants vs. Zombies has excelled in and despite early hiccups with balancing, EA are constantly patching to try to address these issues.

Veterans to the game will notice that there are changes to class abilities and this will take time to get used to. They have also allowed all characters to sprint, which I’m not a massive fan of but can see why they have done this. As you unlock XP and promote the classes you will have access to new abilities, these can be customised using the skill point system. This does give older players of the game a slight advantage over the newer players, but not enough that it is game breaking.

The final change, but a key one in my opinion is the removal of variants of classes, instead there is an inclusion of cosmetics that can be customised. This was a dreadful move by PopCap. Previously they allowed veteran players to upload their old classes to reward their loyalty but also to add a different element to the game play, they have decided to have just one variety of each class. I know some would say this levels the playing field and furthers the balance of play, but each variant had its strengths and weaknesses and added something extra to the game. By removing the variants it has made each class more one dimensional. 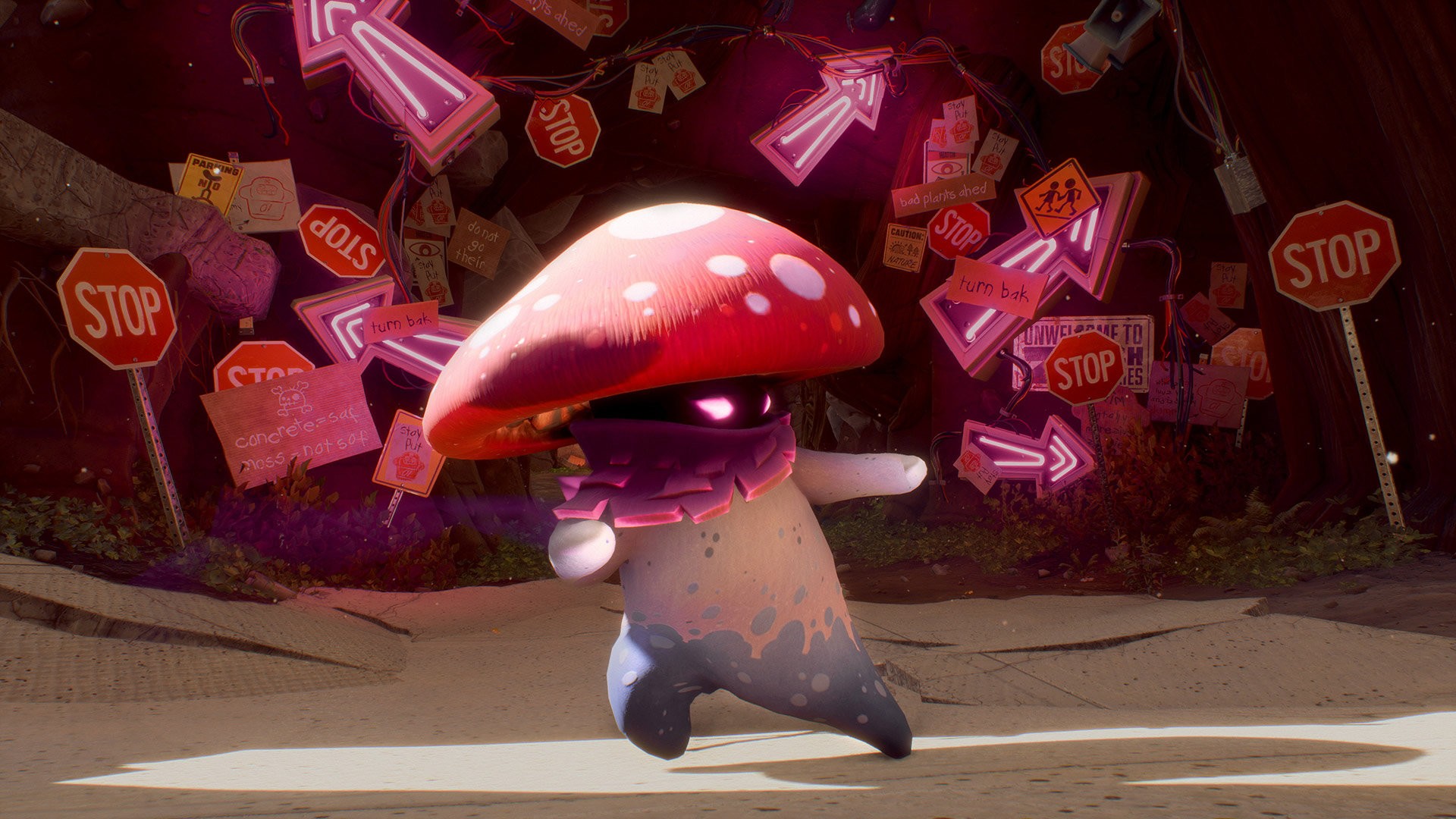 The currency in the game can be a little confusing to start off with. Each story area has its own currency, you also have coins and diamonds. The coins can be used to purchase cosmetics or XP boosts and the diamonds to unlock cosmetics on a monthly quest board. The home bases for each side are a little cluttered and disorientating to start with, however once you become familiar with the both the currency and layout it is easy enough to navigate.

Plants vs. Zombies as a franchise has excelled as being a family friendly game to play and this version is no different. The graphics are bright, vibrant and crisp. They are non-violent and this allows younger players to enjoy a genre that is usually filled with gore and violence.

The music and sound are also of a good standard. The music is consistent with other games in the franchise and are immediately recognisable to the veteran as being a style linked to Plants vs Zombies. The sound effects allow the player to identify particular classes and abilities being used by team mates and enemies without having to look for them. They are also very family friendly and will not scare younger players.

For the achievement hunters, this game has a very simple set to play through and all but 1 achievement will be completed in around 20 – 30 hours of game play. They combine using all the characters to kill a specific number of enemies, use certain types of abilities and completing the story areas. For the completionist this is not a quick game. The last achievement to promote every character to master level will take 150 – 200 hours depending on your skill level. Combine this with EA patching out XP exploits regularly, you are in for the long haul.

Plants vs Zombies Battle for Neighborville is a good game, however it doesn’t bring anything new to the table. The expansion of the single player story will be welcomed by most, however it can become tedious after a while. The removal of class variants and changing the abilities will likely annoy some veteran players. Further to this, the removal of the fun and chaotic base invasions found within the communal area, it just seems that PopCap may have got certain aspects wrong. Don’t get me wrong, those who love Plants vs Zombies will likely enjoy this game as will new players. However don’t play the game expecting a dramatic improvement, because overall it isn’t a huge step up from Garden Warfare 2.

Fans of Plants Vs Zombies will enjoy PopCap’s addition to the series. A family friendly shooter game that will have you wanting to come back for more. With a focus on expanding the single player campaign I believe the mark may have been missed by removing some of the previous aspects that were a fan favourite.

Single player can be repetitive,
Removal of variants makes classes more one dimensional,
Not a major step up from Plants Vs Zombies 2, so probably not worth the full asking price.