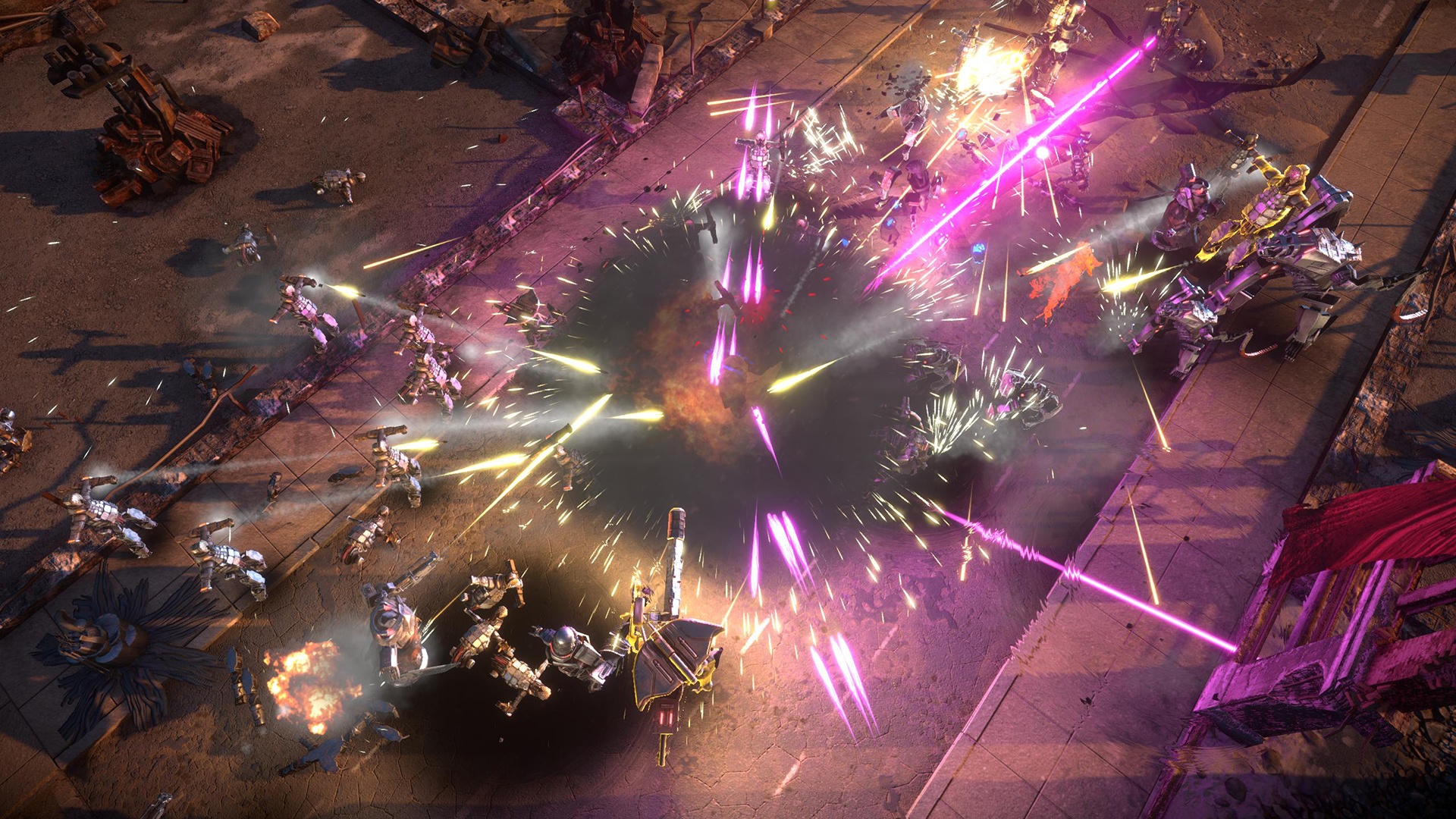 For an indie shooter, Livelock by Tuque Games has garnered a modest degree of anticipation since its announcement. Debut game footage promised a hectic, three-player cooperative campaign set in a top-down, futuristic sci-fi earth. There are loads of games like Livelock, but what set this apart from the beginning were its seemingly high production values and stellar overall presentation. Now, on the brink of its release (although currently TBA), we here at Bonus Stage can confidently conclude that this new robo blasting romp is every bit as good as it looks.

The campaign, which can also be enjoyed solo, takes place in a post apocalyptic earth where mankind has been annihilated by an unknown cataclysm from space. As a countermeasure, humans were able to upload their conscience to a database so they could one day walk the surface of earth as machines without worrying about growing extra limbs from radiation. Unfortunately, the cataclysm was more err… cataclysmic than expected. The result being human intellects going rogue in their newly acquired robotic chassis, forming their own settlements and fighting other warlords in an endless cycle of destruction. Luckily, a fail-safe AI called Satcom endlessly orbits the earth for one purpose – finding the last few incorruptible human intellects needed to restore order to the surface and unlock the path to Eden, a sanctuary capable of reviving the human race. No pressure then. 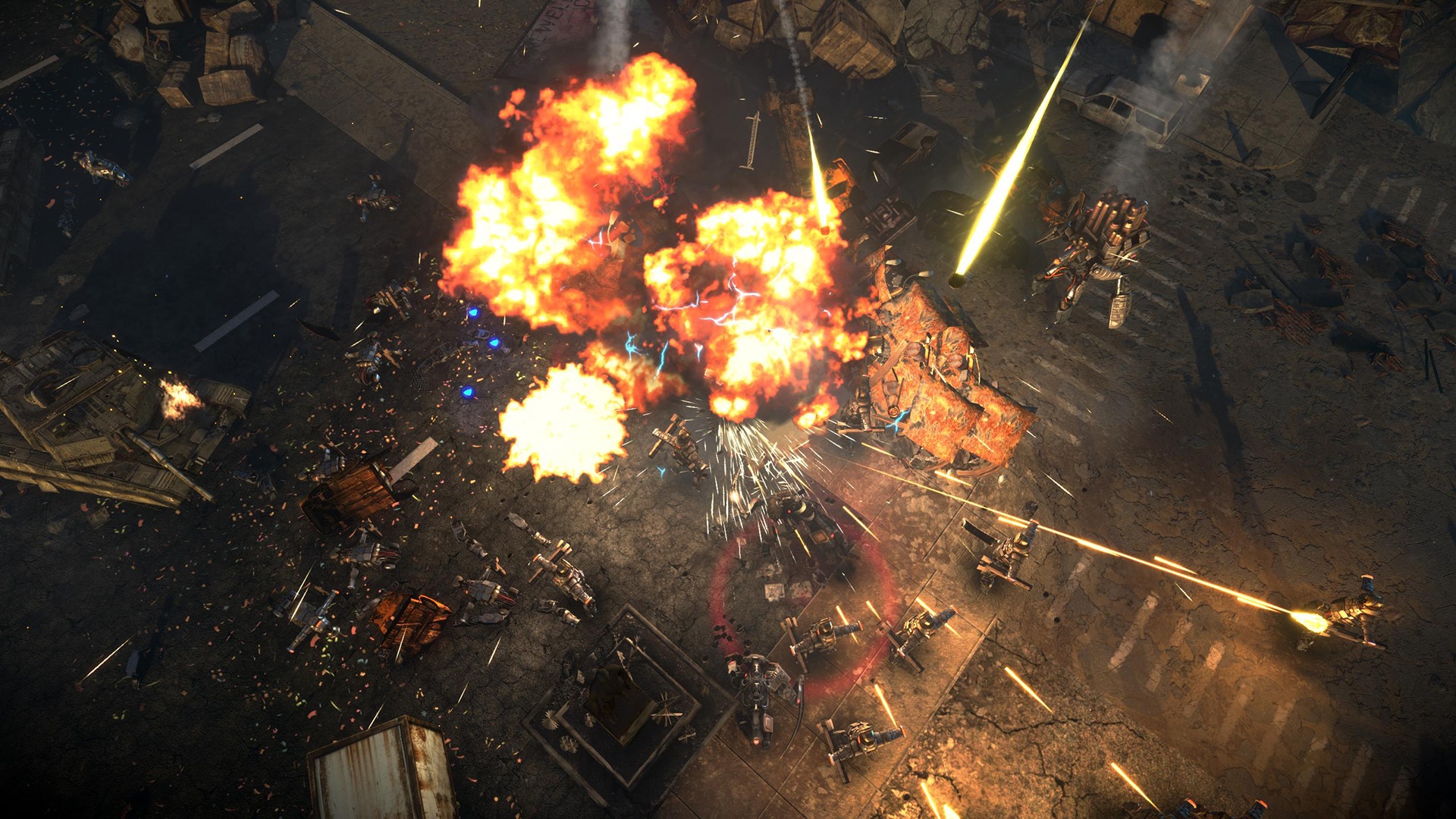 You can choose one of three classes, each with their own weapons, abilities and upgrade trees. There’s a tank class called the Vanguard that can absorb tonnes of damage and dish out a fair bit too with a bunch of area-of-affect talents. He starts off just with his fists but can be levelled up to use cannons and mine launchers. The main DPS (Damage Per Second) class is called Hex. He’s a rifle toting, arrogant Australian bullet sprayer that would quite happily save the world on his own. Bringing up the rear is the Catalyst. She’s the support class equipped with a beam cannon and auto-turrets. She can’t really bring the punishment as much as the other two, but she can heal allies and friendly turrets just by shooting at them. Handy, no? Each classes progression goes by a pretty standard unlock-by-level system rather than relying on loot or rare drops. The level cap is 30, and by the time you reach it your chassis will be well kitted out and upgraded. As a bonus, tougher enemies (referred to as “upgraded”) might drop a cool new helmet or cape, so you can save the planet and look the absolute tits while doing it.

The campaign doesn’t take long to beat, but in that time you’ll scour every corner of some nicely varied locations. You’ll start in a hidden underground facility for implanting intellects before making your way to the war-torn surface, marvelling at the destruction caused by the cataclysm but also all the new alien-like structures raised by the rogue intellects. It’s a nicely realised universe, and gives Livelock an identity of its own, which is something of a rarity considering how populated the genre has become. The enemy designs add to the atmosphere too, with macabre looking ragtag machines lumbering forward with missing limbs and nothing but a grimace and a gun to take you down. You’ll get all shapes and sizes too; from mechanical creepy-crawlies to shield-boasting aerial nightmares, they really do come at you from all fronts.

All this would be for nothing if Livelock didn’t have solid shooting mechanics at its core, but rest assured, the shooting is just awesome. It begins quite timid, but after you’ve upgraded your chassis some, or even better, get into a game with 2 other players, your corneas will be bombarded with more explosions and colours than your tiny mind can contend with. It’s best described as just simple. Shooting. Fun. The aiming is spot on, I can punch enemies that get too close, talents and abilities are fun to use and the difficulty is right where I want it to be personally. I wasn’t initially impressed with how the game looked but once stuff started blowing up, I was instantly satisfied. 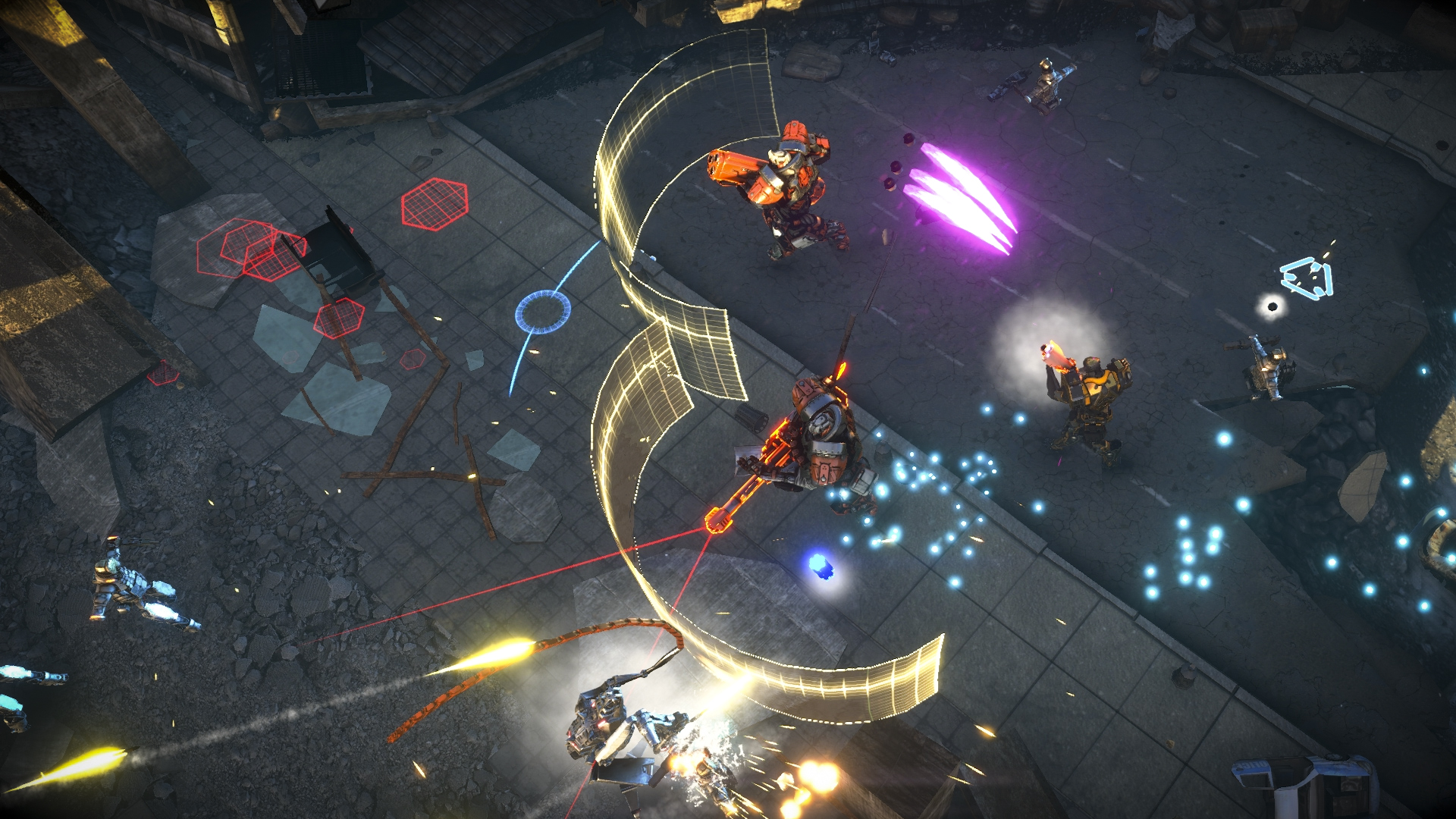 There are a few technical niggles that can’t be ignored though. Online play for example, is incredibly temperamental but admittedly expected for pre-release versions. Also, there were a few occasions where my progression in a level depended on killing all the enemies that were attacking me. There’s nothing wrong with that, but the problem was that on two occasions, several enemies strayed from the pack and I had to search the entire map before I found them by sheer luck. Again, minor blemishes on an otherwise spotless canvass.

I don’t play nearly as much video games as I would like these days, and it takes a little discovery like Livelock to remind myself why I’ve been staring at screens for more than half my life. Easily one of the top five games I’ve played this year and quite possibly the best top-down shooter I’ve ever played, at least in a long time. The best thing about it though is that this is just the beginning. Future updates can do nothing but enrich the experience, and although I usually never buy DLC, if Tuque Games threw another quest line my way I’d probably pay them twice for it. It needs a few finishing touches, but Livelock is a great shooter that will be even better before its released.