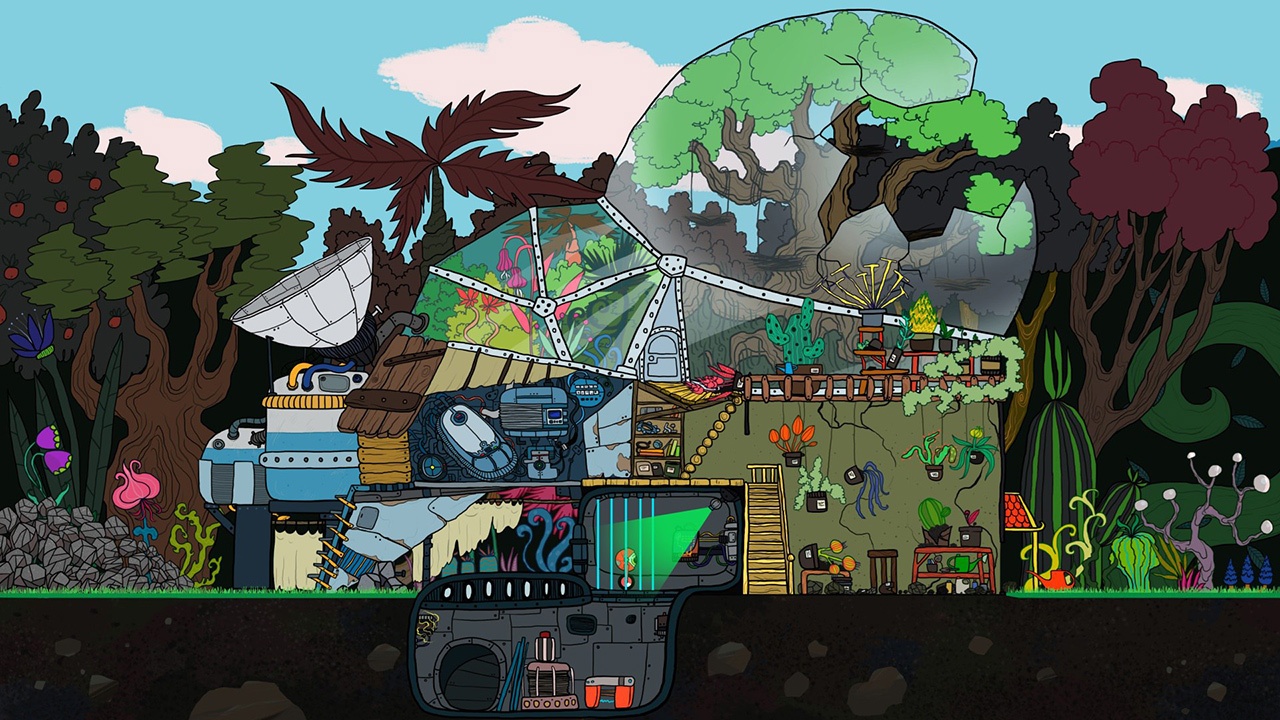 Some people say that playing video games can be a lonely pursuit. Sitting in your room for hours on end, not going out or staying up all night. You have to admit though, they’re damned good fun! Well there’s no need to worry anymore, as you can now play games and search for your pals with Beard Games Studio’s Where are my Friends?, a new title for the Nintendo Switch that’s been published through Sometimes You.

You follow the exploits of Wheye, a uni-cycled eyeball who needs to find and gather up all his friends who have become lost on a distant alien world. After learning of the planet’s imminent destruction, he must utilize the teleportation system within his home base to four distinct lands in his search for his long-lost pals. Each of the locales you visit, present themselves within a varying genre of gameplay; from runners to platformers, puzzles to point-and-click adventures, each journey to your friends’ locations requiring a different element of skill and gameplay, in order for Wheye to achieve his task.

The game begins within the home complex of Wheye, where it sets up the story for the rest of this title’s offerings. Without a textual intro, tutorial or instructional information, Where are my Friends? uses a graphical depiction to push the story along, or offer hints as to what your next objective should involve. Without any guidance as to the mechanics of the game’s requirements, working out what you need to do, or how you operate as a character, takes a bit of trial-and-error in order to ascertain movements, actions and abilities. It doesn’t take too long to figure out what the game is asking you to do though, but I do fear that some younger players may not understand the mechanics of this style of presentation and with a shorter attention span than adults, may be an element of the game that quickly becomes laborious. 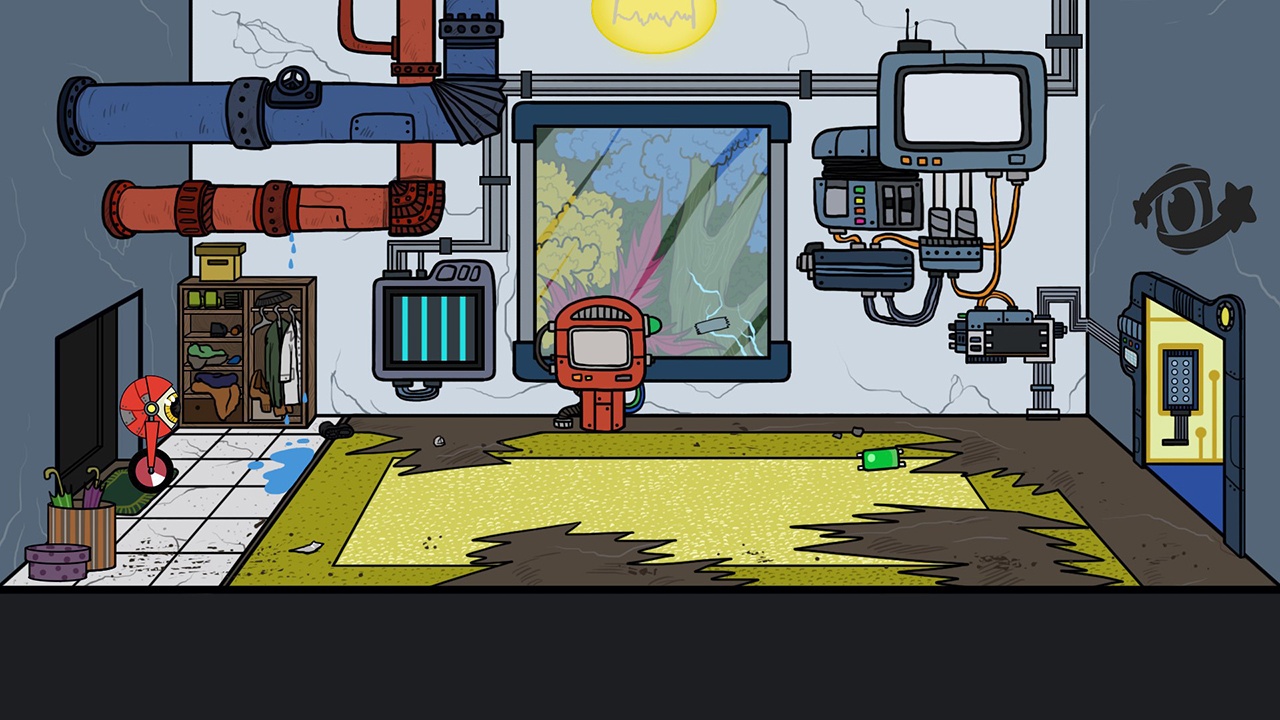 However, once you have gotten to grips with your first task, it presents a nice little challenge which sets up the game well. Once all your tasks have been completed, you are then presented a wheel of options that displays the different locales in which you can find your friends. Depending on whom you pick, this presents you with one of the varying genres of gameplay that this title consists of. Whatever level you play, each one presents a very challenging scenario and a wealth of content that provides a very satisfactory length in its playtimes, so, with unlimited lives, you set about on your quests to find your friends. Each level contains a number of monitors that graphically depict the events that have led to your particular friends’ disappearance. Although they provide a means of telling a story, understanding them is a different matter entirely. However, they don’t feel an important element to the gameplay and don’t detract from your experience too much.

Whether it be the runner stage, point-and-click, puzzle or platform sections of the game you play, it soon becomes apparent that Wheye’s quest is no walk in the park. Whatever its genre, each level is expansive and takes a good deal of time to work your way through them. Depending on your selection, the game constantly throws new elements of gameplay at you; each one requiring a new set of skills or way of thinking in order to overcome them. The runner stages constantly shifts perspectives from side-scroller to vertical, then overhead; the platforming presents a limited field of view; the point-and-click requires a sharp eye and mind and the teleportation levels, my personal favourite, provides a fresh puzzle with each screen of its presentation. One minute the action is fast and frantic, the next it proceeds at an easy pace which most definitely mixes things up. However, despite the developers’ best intentions to bring something new to the market, the game’s presentation just ultimately feels like a selection of mini-games; some of which work well and other just fail miserably.

Where are my Friends? also incorporates a variety in its graphical presentation, as well as its varying styles of gameplay. The majority of its levels are presented in a hand-drawn style with a child-like cartoon representation; whilst others contain a very modern-looking CG alternative. It all looks very effective and can’t really be faulted in any way. Everything is bright and colourful, as well as being clear and concise. This presentation gives it an aesthetic that will be appealing to younger audiences, however, the game’s level of difficulty may not be. The soundtrack is also worth mentioning, with varying styles that suit the presentation of each of the levels’ genres; none of which feel repetitive in any way. The sound effects, on the other hand, are rather basic in their execution, although adequate. 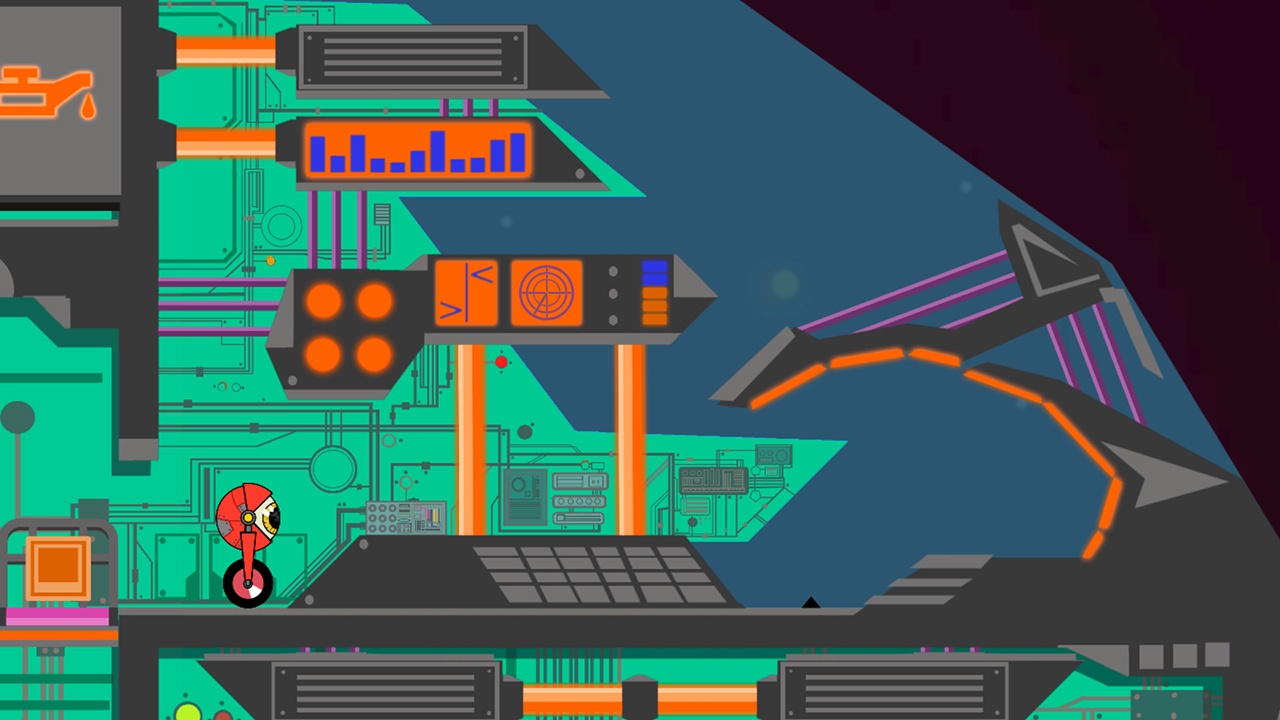 Although the game provides a lot of variety in what it is trying to achieve, it also comes with a number of faults; some of which present themselves as being quite frustrating, others consist of a broken mechanic within the game’s execution. Each of the levels contain a number of checkpoints which are quite generous in their offering. However, the difficulty level of some segments from each genre are so high, that you’ll often be replaying certain segments over-and-over again until you have learnt their mechanics. This ultimately leads to some frustration, especially when you add in some of the broken control aspects, or gameplay functions, that lead to an untimely demise. I encountered various bugs during my play-time with this game; such as events from previous levels, or playthroughs, sticking to the screen, teleportations sending me to the wrong destinations and cursors disappearing from off the screen. Hopefully, these will be patched at some point though.

Overall, Where are my Friends? offers a lot of content for its pocket-money pricing. It’s nicely presented, in an aesthetical way, but its instructional information is barely minimal, creating a very hit-and-miss curve in learning its objectives. It offers a particularly gruelling challenge, but with patience and perseverance you can soon learn the level design and layout and ultimately, reach your required goal; especially with its unlimited lives and generous auto-saves that allows you to jump in-and-out of the game. However, with its mix of genres, the game also possesses an element of containing certain game styles that don’t appeal to everyone, thus impacting on its long-term appeal; especially when you take into account some of the broken properties in the game’s mechanics and physics, which can lead to a frustrating experience. If you like a challenge, or like to be a completionist on particularly tough games, then there is a lot on offer with this title. Underneath it all, there is some fun to be had with this game, but I found it to be rather too limited to be worthwhile; the rest of what the game had to offer, I found largely uninteresting, or just too frustrating to want to see it through to its conclusion. In the end, I found myself not caring much for my friends and couldn’t really care less if I found them or not. It looks like another long night!