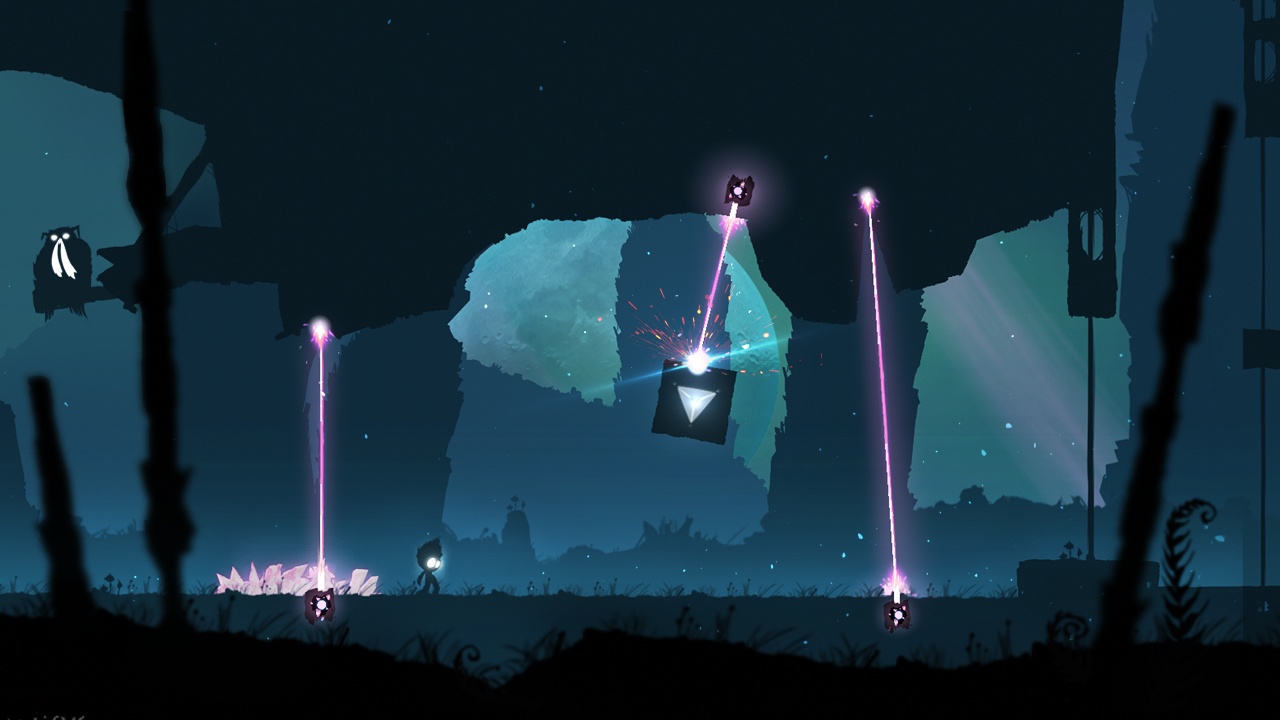 A good game makes you feel a sense of accomplishment when you are able to play it to the bone. When you figure out the ins and outs of how specialized mechanics or particular enemies are handled, and you can work your way through their trials without being too overburdened with stress and frustration. A great game, however, makes you feel like you’ve figured out how to be smarter than the game itself. When there’s a moment of disbelief, like “there’s no way I should be able to do that” and then you do and it’s frigging awesome. Speedrunners know this feeling, when they discover glitches and precision techniques to take a potentially long game and shave off minutes, or even hours, to prove their might. I’ve never been a speedrunner, myself, but I admire and love the skill that goes into it. But I could tell, from the drop, that Light Fall is for lovers of atmosphere, exploration and, most importantly, speed running.

The story goes that there’s a land called Umbra that’s totally engulfed in darkness. It’s cool, everyone there is mostly chill with it. But then, one day, this evil starts to spread across the land in the form of crystals. The natives, being unhappy with “spreading evil,” call upon the five Gods of Umbra to help them out. The Gods are not able to handle whatever it is, and promptly vanish. Now, a nameless, amnesiatic boy has appeared, bearing a single, amazing artifact called the Shadow Core. Aided by the curmudgeonly Stryx the owl, our silent protagonist must set out to bring the Gods back and fight back against the unknown terror that opens up Umbra to annihilation.

Players will immediately be taken in by the pleasant, perpetual twilight feeling of Light Fall. Despite the game saying that Umbra is in total darkness, you aren’t just following around a set of glowing eyes. The amount of shadow, shade and overall blackness is perfectly balanced by the sinister glowing crystals, the errand laser beams and any number of other luminescent objects. Our hero does remind me a bit of Limbo, but not enough for me to become fixated on the target or anything like that. No, rather, this little dude has a cute feeling to him, somehow very jaunty and light despite the inherent darkness that comes from being a shadow with two eye holes. I loved the way that he moves, and the feeling you get of watching the game unfold before him. You’ll see a lot of different environments in Umbra, from the dark outer world to the magma-fueled core of the land and beyond. I wasn’t a huge fan of the mucus green that we saw in the polluted and poisoned areas, so I guess that means the color palette worked.

Playing Light Fall can be divided into two different methods: success and style. As a 2D side scroller, the main objective is to simply get to the end of the level and move into the next world, and you’re peppered with exposition by Stryx whenever you encounter him. By the way, you’ll eventually have the same feeling that I did at the end of Lord of the Rings: Stryx proved he can carry me in the first five minutes of the game, why can’t he just deliver me to the goal that we’re both going towards? Instead, I get this damned bird telling me about the lore of the land every few hundred feet, and God forbid you’re running at the moment, or you might actually trigger some additional dialogue that’ll cut off whatever Stryx was saying in the first place. It’s all lore and anecdotal, but it’s still nice to hear, and I hated missing anything due to haste because, well, Stryx don’t repeat himself. 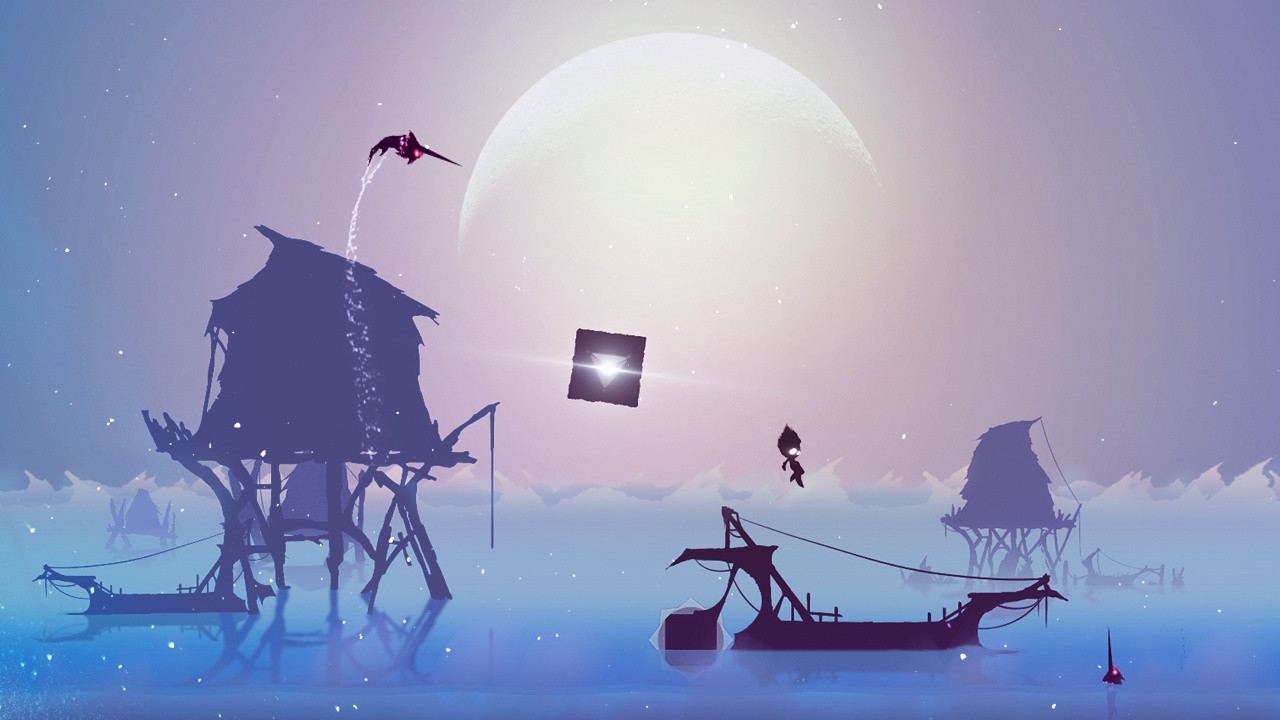 So our little dude (who we find out is named Nox) can run and jump, cool. He can also stick to almost any wall, giving you a bunch of vertical leap prowess. But the Shadow Core is where everything gets really interesting. Not only does it function as his only attack, but it’s basically a companion cube that he can place almost anywhere, sometimes at the drop of a hat. Mentally push it into the path of a laser. Have it take control of certain gears and vehicles to propel you around. And, easily best of all, summon it to appear underneath you wherever you are. So if you’re running along and jump and realize there’s NOTHING beneath you, no problem, just hit the jump button again and poof, Shadow Core. Now, it’s not infinite: you have four charges before the Core refuses to appear again. You recharge this by simply touching down on a flat, horizontal surface (no wall jump abuse). So you can already see where this unfolds for the speedrunners. By going through the level initially, you learn and can easily map the points of when using the Core is better, when you need to touch down and when something might have another way around. It’s intoxicating and something you can start doing immediately, even blindly, moving forward. Then, once you figure out how to make the Core appear to the side instead of directly beneath you, the versatility in movement just gets better and better.

But there’s so much incentive to go slowly. Sure, the landscape is gorgeous and you want to see all the designs, but there’s also a bunch of hidden stuff inside each level. There are trapped citizens of Umbra who got frozen into crystal: gotta shatter them out because no one needs to live like that. Additionally, there are dummy walls that give way to hidden lairs, some that are very small and simple and others that are complex puzzles unto themselves. These lairs hold crystalline memories that give even further insight into the formation of Umbra, why it’s the only place on the globe that has no light and also what the hell is going on now. The checkpoints that you run into have a colored tally system that lets you know how many citizens and memories are hidden in each level, so you need to search around but not every stone needs to be turned over if you do it right.

The design and flow of Light Fall is absolutely addictive and I cannot believe how easy it is to get sucked into this game. The puzzles that you encounter range from “don’t touch the spikes” to “hope you’re feeling twitchy,” the latter being more and more frequent the closer you get to the end. There are several instances where you’ll need to use Nox’s powers in a variety of ways all at once, getting down the timing of when to jump, when to attack and when to simply hide behind your core. As a result, it can be frustrating for some players who enjoy a straightforward game, as I can think of three places where you’ll absolutely die a few times before you get it right (the laser elevator immediately comes to mind). But, in the same swing, the satisfaction of getting it is usually supported by a checkpoint available immediately afterwards. You will rarely go on long streaks of puzzling and survival without a place to hang your hat and declare yourself safe for a moment. Once again, good design. 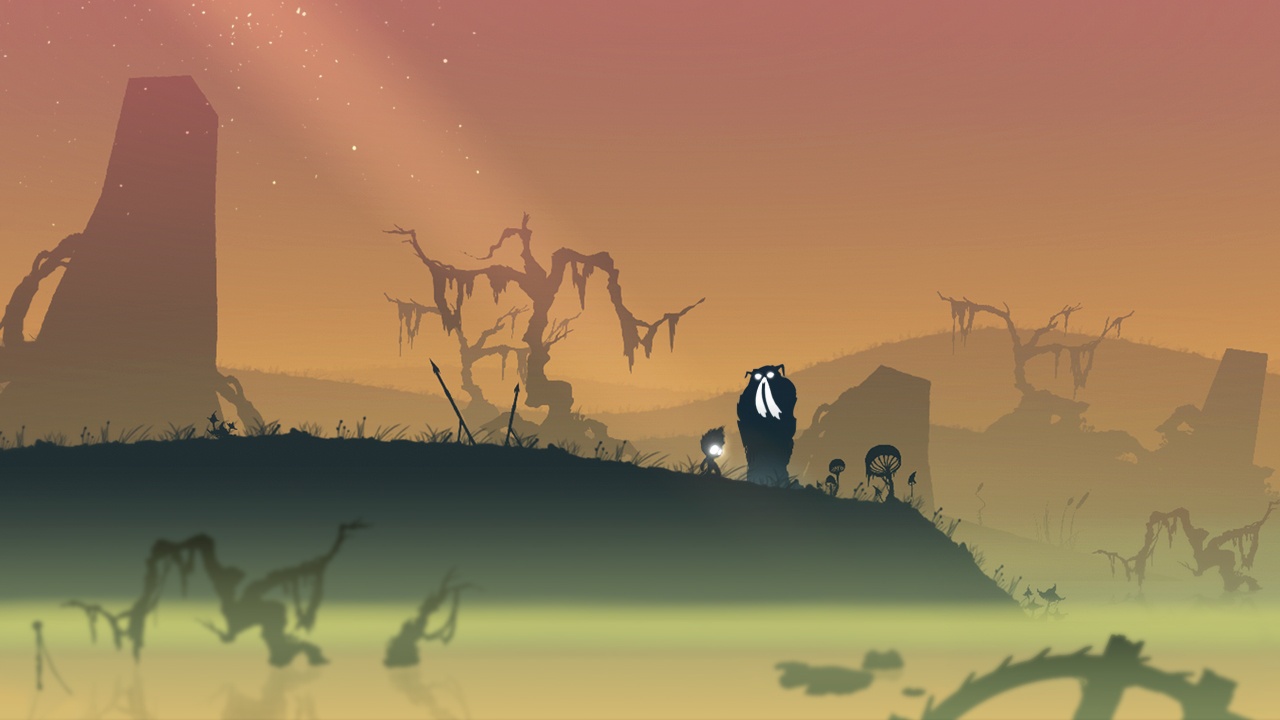 Lastly, Light Fall was pretty bold to release on the Switch and Steam at the same time, but I think this decision has worked out well. Besides running and looking crazy smooth on the Switch, the use of HD rumble adds a fantastic element to the way Nox controls and works with his powers. Then there’s the matter of portability. Even though there’s plenty of long form lore, Light Fall works perfectly as a pick up and play when you’ve gotten a little time under your belt, because you can and will want to improve your times or go back and collect memories and citizens you couldn’t previously reach. This is a great game that can be played in spurts, in the car or on the subway, and you can easily pick back up where you left off. I haven’t gotten to play the PC version, but the Switch version, between fluidity and novelty, makes perfect sense. A bit of a heads up that the game is just under 3GB, so be sure to clean out some of the fluff and dust kicking around before attempting the install.

Light Fall is such a pleasant surprise of a game that I was stunned to realize I hadn’t heard of it before this day, and a bit of searching revealed that it was an overlooked E3 reveal from last year. Between the ambient soundtrack, the beautiful graphics and the tight-as-a-drum control, I have very, very few complaints and even fewer reasons why you SHOULDN’T pick this up. If you’re neck deep in other games and simply can’t clean off a corner for this game, that’s valid and continue the path. But, if you’ve got the time, the interest and the fifteen bucks for one of the best indie platformers since Celeste, then you’ve simply got to give this a try.