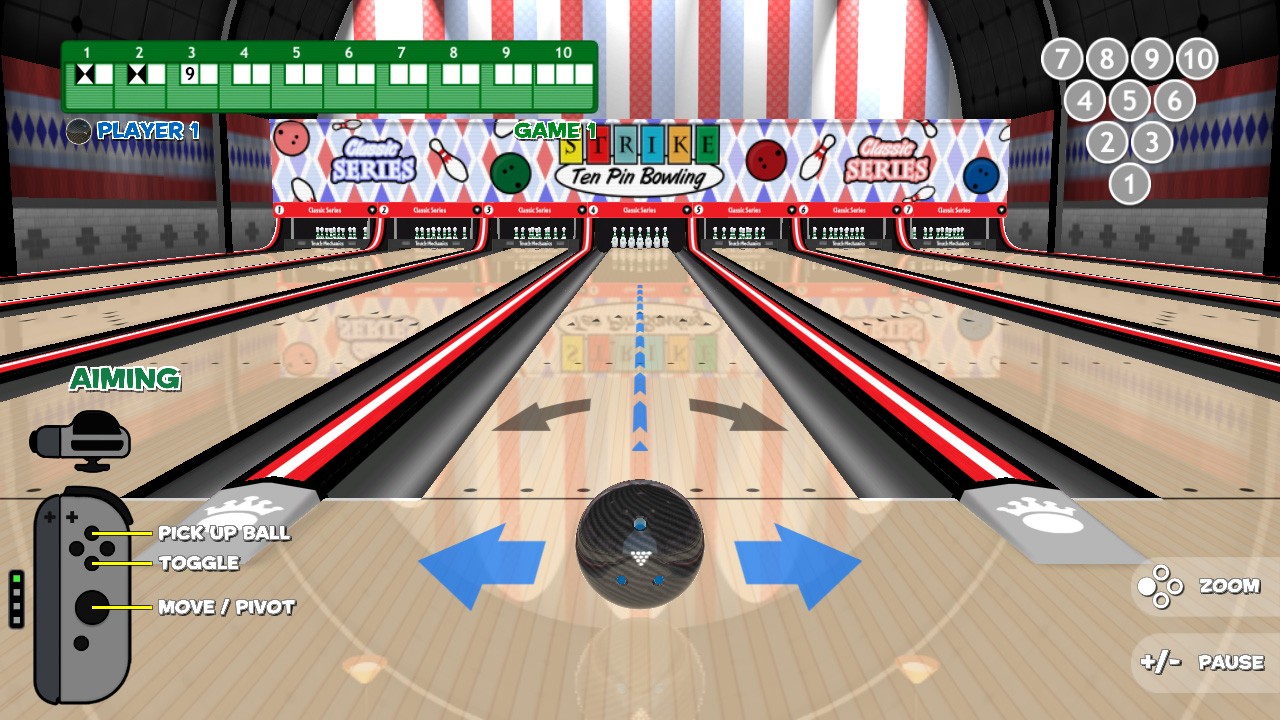 Strike! Ten Pin Bowling was developed and published by Touch Mechanics. This review is for the Nintendo Switch. Bowling games have been around for ages, and they have taken many forms, from 2D to 3D. I have been playing Strike! TEN PIN BOWLING for a little while now and I must say, it came so close to being a contender. The game can be played a couple of ways: tilt your Switch sideways and let your finger control the direction and pivot on the ball…or…you can grab a Joy Con and control the action that way.

I am going to tell you the first way (while ok) is just ok; it is a bit inaccurate, and the ball doesn’t hit its intended victims (the pins). I was able to hit 75% of the pins about 30% of the time. I built up all of this spin that was supposed to be directed toward the pins and the ball heads right down the gutter. It got a little better with the Joy Con method and brought up my average up to about 40%. I played with 2 different sets of Joy Cons to be sure it wasn’t a drift issue. The second method reminded me of the Wii, which is all in the wrist. You control the direction and pivot with the stick, but you actually “bowl” with the motion controls. I was reminded of Wii Sports, which was one of my favourite Wii games from that classic console, but enough of the reminiscing, except to say, the game would’ve been at home on that system. 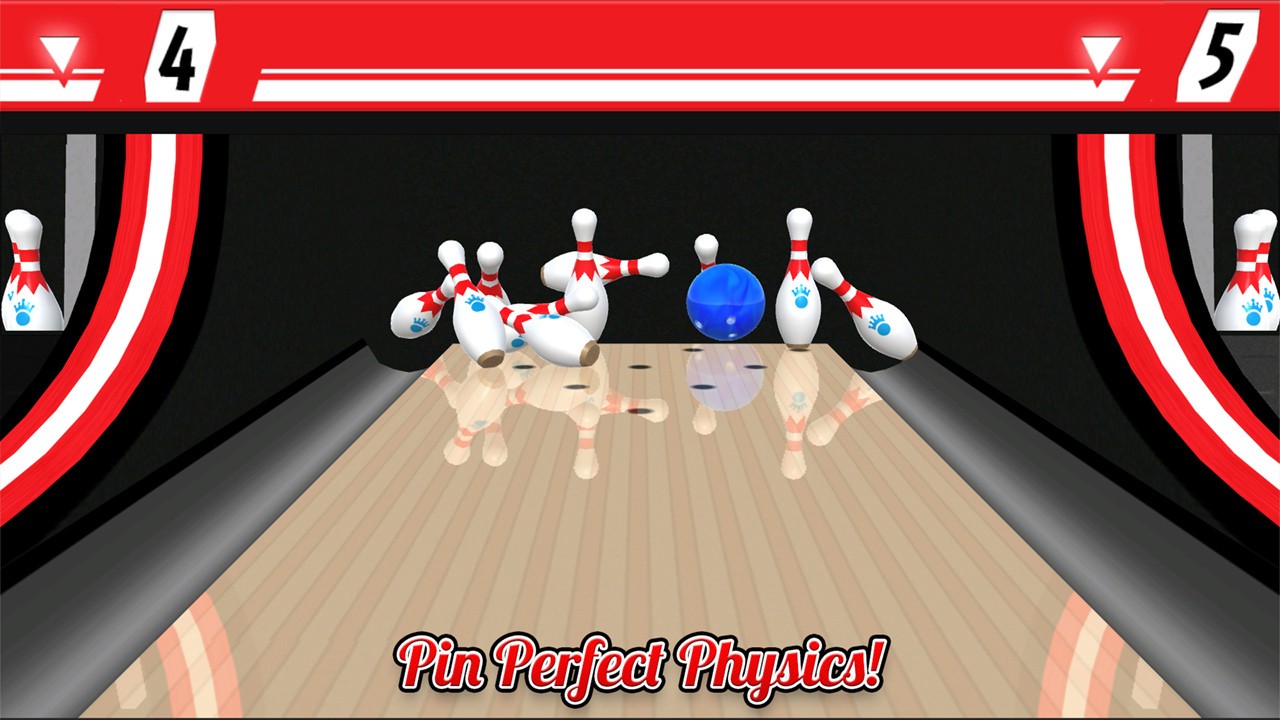 The game has “achievements”, these add a fair bit of replay value if you are into that sort of thing. Some of these achievements will be unlocked purely by accident (like getting a gutter ball, to which I chuckled a bit when I heard the crowd cheering when it happened). The majority of these will pop when you are good at the game, and they are awarded for; getting a strike, spare, turkey…which is what you want to do.

The graphics could be at home to the previous generation of Nintendo systems…the bowling alley looked and sounded like a bowling alley. The music was minimal, so no need to adjust the volume while playing. The overall gameplay with the “screen flick” method did not detract from how much fun was had in the end. But, it will take a level of patience to deal with the inaccuracies that can be found in the direction mechanism of the bowling action. 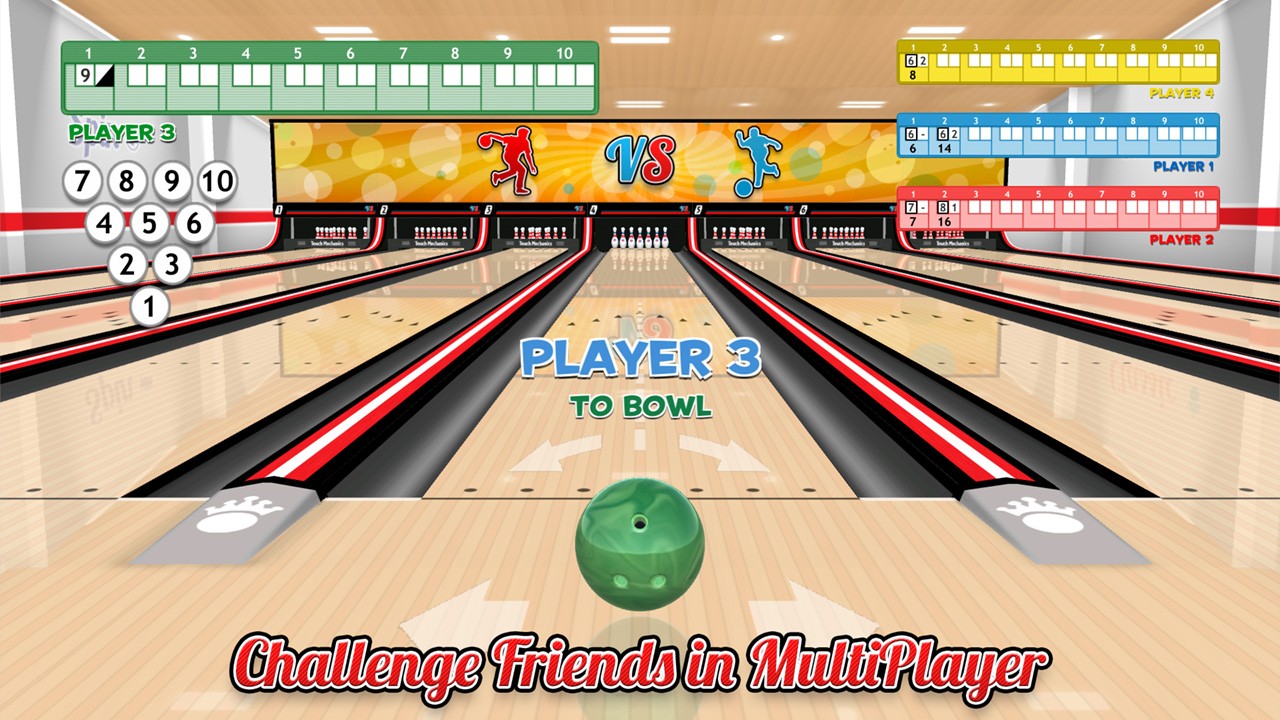 Strike! Features 11 mini-games, and up to 4 can join in. My favourite games are the classic ten pin, but also, the “tasters” or mini-games, which, give you a puzzle-like way of dealing with bowling, in different pin positions, one like a survival type, another even has tiny, rotund pins, yet another has tall, slender pins, which are very difficult to make tumble, and even some that explode! How exciting! I found that playing these helped my accuracies with aim, pivot and placement of the ball, and I also enjoy a good puzzle, personally…in that, Touch Mechanics deserves a tip of the hat. Well done. All in all, it was fresh, yet nostalgic, in that it made me remember the Wii, but it is its own thing at the same time. Nintendo could’ve made this.

Is it worth the buy? I will have to say…yes! The game does provide you, and if you’re competitive, 3 others to play locally, with a fun game, that is well-rounded. You will have a good time.

Roll your way to a perfect game, IF you can flick it right.