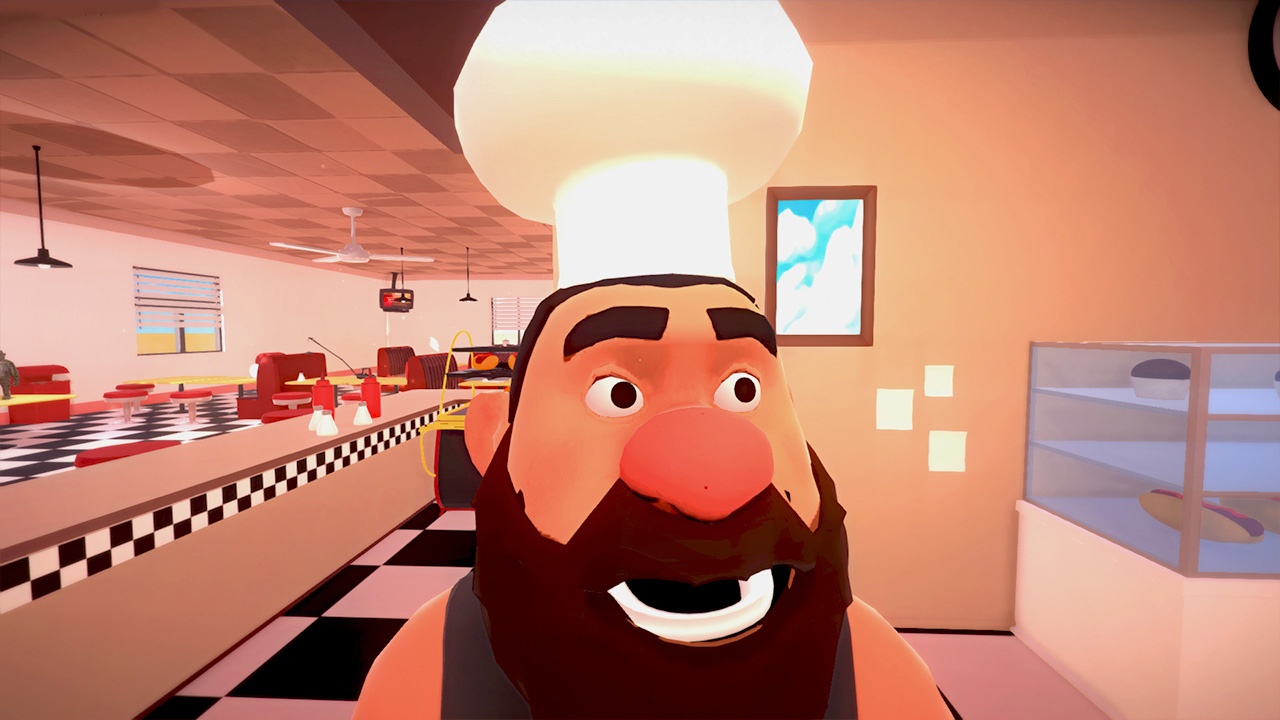 Throughout the history of video gaming, one thing that the majority of games have in the common is the mechanic of keeping alive in order to beat the game. However, the opposite can be said to be true in the premise of Suicide Guy, a Nintendo Switch eShop title developed and published by Chubby Pixel. Don’t be fooled by the title though, as this isn’t a game about depression or struggle, although it is a title in which your objective is to find a mechanic that results in the death of your character. It’s actually quite a humorous and fun game in which you must jolt your character from within his dreams to awaken him. Nevertheless, I do feel that the games poor choice of wording, within its title, could deter some people from buying it; thus missing out on the unique properties that this game has to offer.

The story follows the premise of a nameless slob who, after drifting off to sleep whilst slouched on the couch in front of his television, begins to drop a beer bottle from within his grasp. Viewed from within his dream, you play as the protagonist’s sub-conscious as you try to find various ways with which to break him from his slumber; thus saving the beer from falling on the floor. It’s a very unique take on the themes of a story, but ultimately is one that works extremely well. After a brief tutorial and cut-scene, you find yourself within an American Diner with various television screens displaying the descent of the beer bottle within your real life. As you go from table-to-table, you are then transported to various locations where you must find a way, or solution, to awaking yourself. 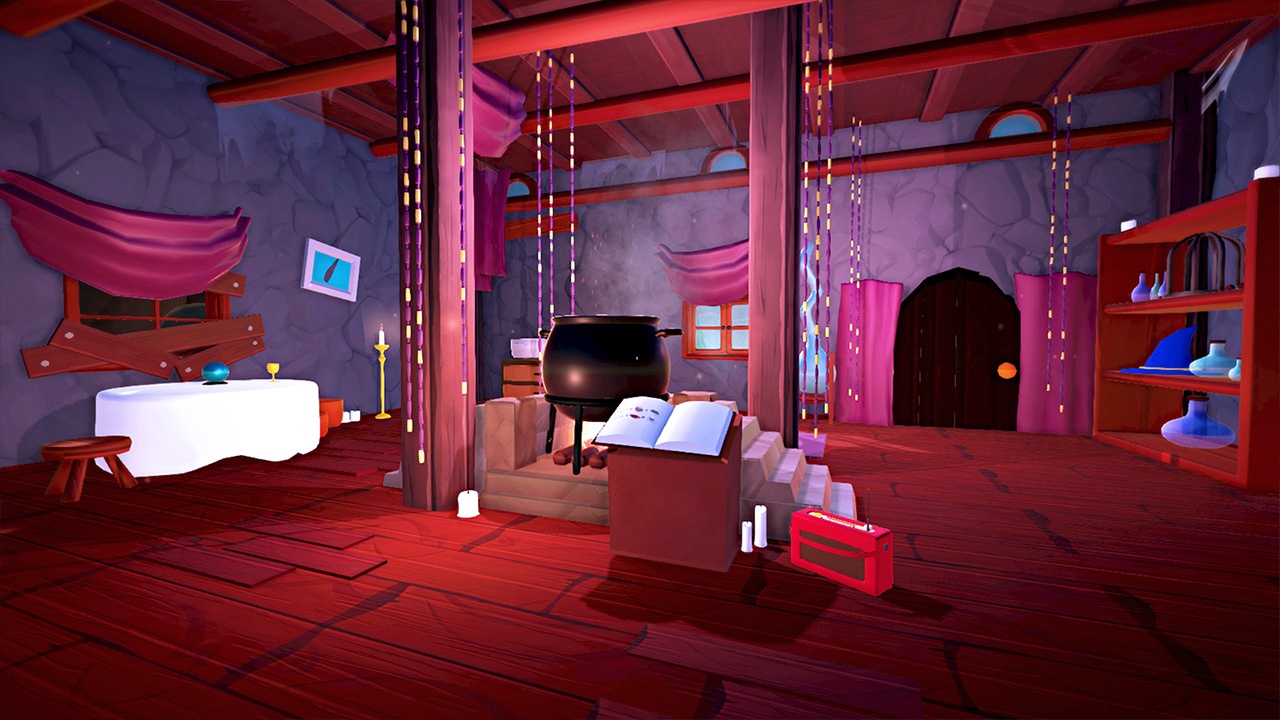 Covering around twenty-five levels, each table presents you with a setting within your dream that contains some pretty diverse, yet familiar locations and themes. With their inspirations taken from a variety of books, films and video games, you’ll find yourself transported to worlds that range from science-fiction, adventure and westerns up to lands inspired by Portal and Mario. These variations in level design, as well as the tasks you need to fulfil in each of them, brings a uniqueness to the game; particularly with each of the levels containing a different way of awakening yourself from previous encounters. Viewed from a first-person perspective, Suicide Guy plays as an exploration-puzzler. The objective of each level is to find what elements within them would cause you to jolt within your dream, thus rendering you awake. There’s a nice variety to how you go about accomplishing these tasks, with some levels producing a linearity in their path but with a succession of puzzles you need to solve in order to reach your goal; whereas others provide a very open setting where you need to think laterally on what component housed within would be a suitable cause for your near-death experience.

Although the game is based on trying to kill-off your protagonist, you don’t get to see any morbidity with the solution of each of the levels’ puzzles. Just at the moment of demise, the screen goes black and you find yourself back within the diner of your original dream; much like you would as if you were dreaming in real life, which makes a nice change from some of the graphic depictions presented in some video games these days. It all fits in well with the presentation of the game, which is quite humorous in its depictions and the fascination of exploring, or solving, within the familiarity of some of the worlds. It’s these elements that make the game so enjoyable to play. Trying to figure out what you need to do in recognisable situations really brings a sense of fun to the proceedings; thus rendering the game far from its expectations from the title alone. I’m not going to go into too much detail of level design or methods of solving them, as this would promote spoilers in a sense, as the fun purely lies in the discovery aspect of levels and solutions. Oh, and burping too! 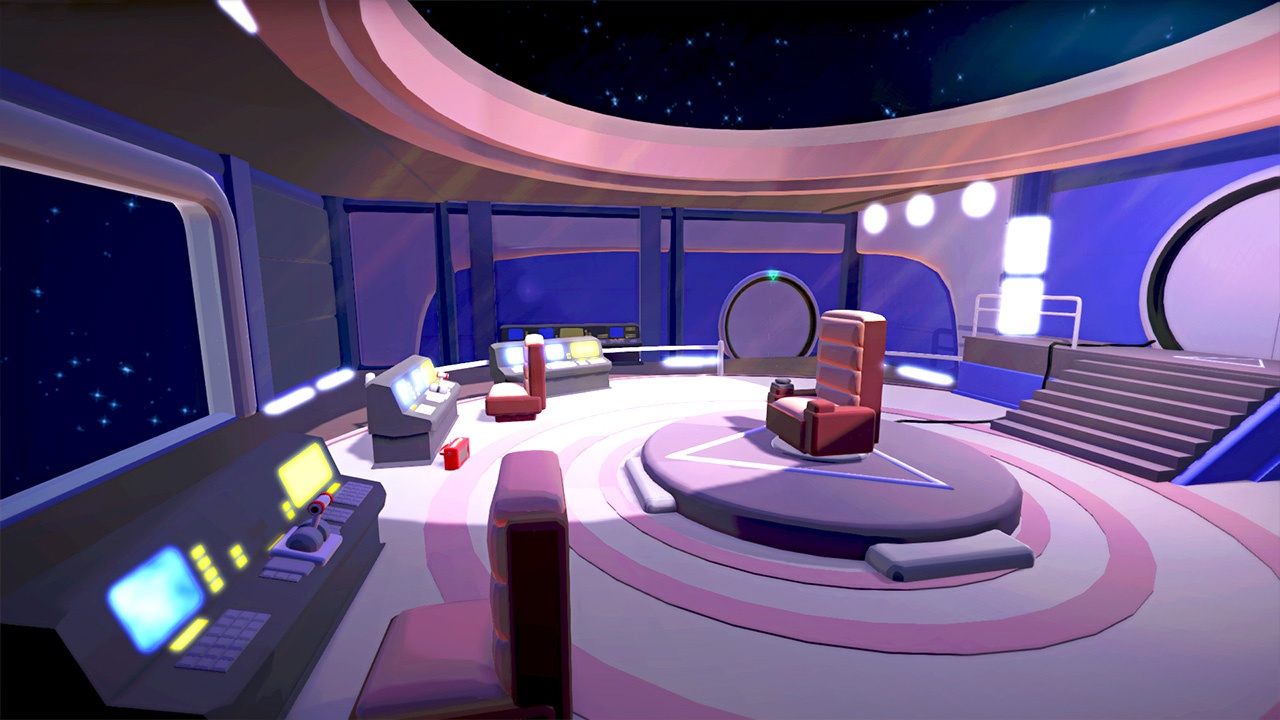 As well as trying to awaken yourself from your slumbered state, each level also contains a statuette that can be collected; each visited table proudly displaying your achievement should you find it. I can’t say for sure what the purpose of completing the set achieves, although I’m hazarding a guess that they may unlock a further stage upon finishing the game which includes a variety of different elements taken from each of the previously completed levels. I say this, as I came across this extra level in the selection screen after finishing the game and collecting all of the statuettes. Which leads me onto another point, the game’s length. Depending on your skill level, this isn’t a huge game to complete; with a play time of somewhere between six and ten hours as a rough guide. Although one or two of the levels can provide a tricky challenge, I found the majority of them to be quite straight forward in their mechanics, which isn’t necessarily a bad thing as, for me, it promoted the level of fun to be had with this game. The statuettes were of the same level of complexity too, which each one not being particularly difficult to find and obtain; although there are a sprinkling of secrets to be found too. Just think Mario and you’ll be fine.

The presentation of Suicide Guy is fairly basic in its execution with its cartoon aesthetics. However, it really does suit the style of the game. There isn’t a huge amount of detail, but what is does have, does provide a suitable setting that is instantly recognisable. Everything is bright, cheerful and colourful, I suppose it needs to be really, considering the overriding themes that the game is following, with a concision that looks very effective and pleasing. Each level also contains their own soundtracks, which come in the form of radios that blare their looping tones. Some of them fit with the atmosphere of the levels really well, others though, just get damn-right annoying. However, you do have the ability to turn the radios off should you wish. Heck! You can even burp at them too! Overall. Suicide Guy is a lot of fun to play. It may not be the most impressive title out there, but what it does have is a simplistic and pleasurable experience that doesn’t ask too much of you. There’s nothing too taxing or frustrating, but this doesn’t detract from anything as the quirkiness and uniqueness of the game’s design makes it a pleasure to play through. If I have one slight reservation about it, then I would probably question its long-term appeal. There isn’t a great deal of depth to it and upon completion, there isn’t that much to bring you back to its dream states again. However, for the time you do play it, you do enjoy it with its feel-good factor and for that experience alone, is a game that’s well worth of your time.