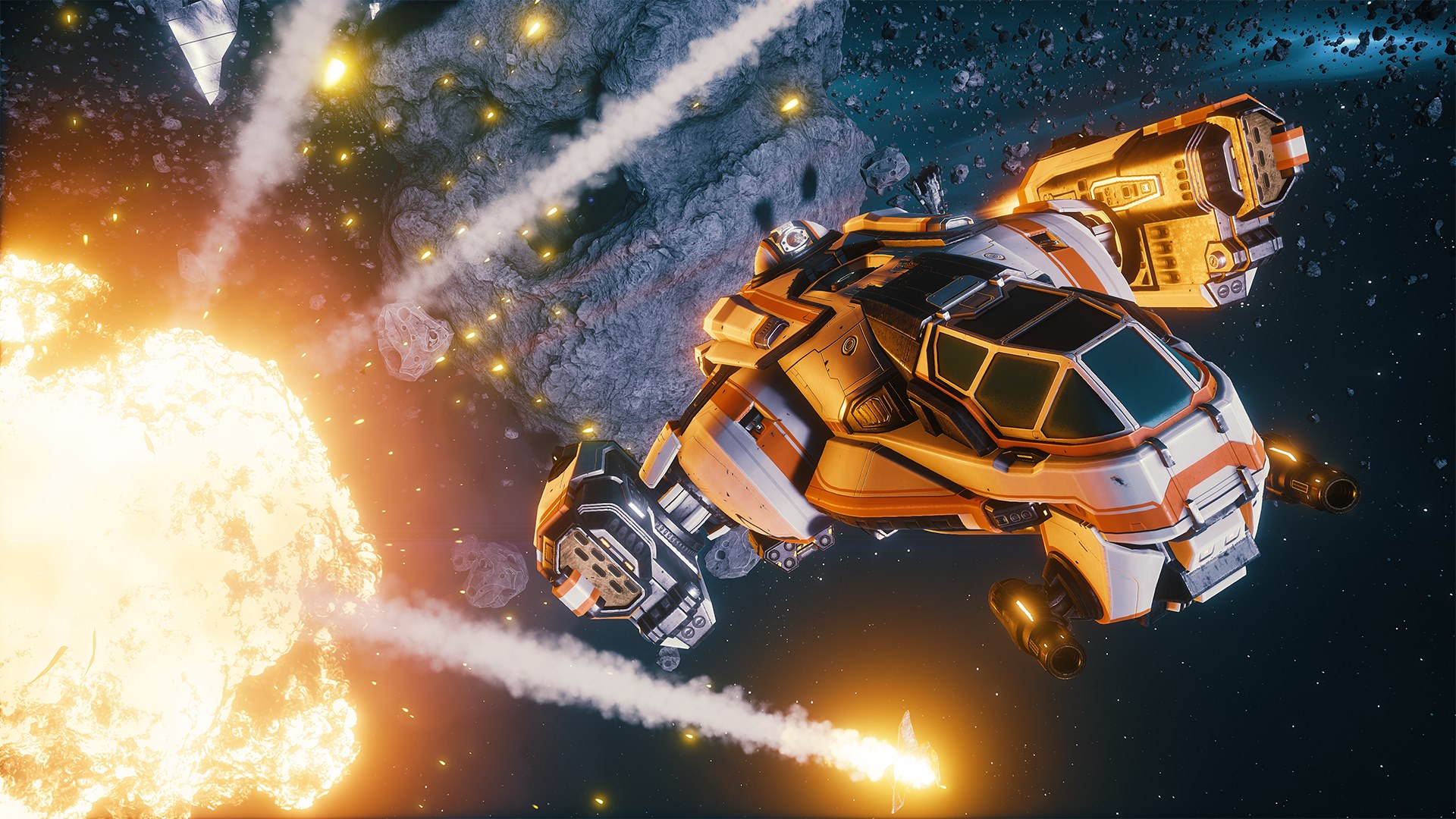 Every video game genre has a title which acts as a bar, by which all other games of the said archetype are judged by. Third person shooters have the immensely enjoyable and borderline perfect Max Payne 3; horror games have The Last of Us; whereas the indie genre of rogue-likes has the timeless, modern classic, The Binding of Isaac. And ever since the release of Edmund McMillan’s masterpiece, all games of that archetype have been judged by the standard which it has established. And to nobody’s surprise, when Everspace initially launched on Xbox One, back in 2016, most have instantly compared it to the aforementioned The Binding of Isaac.

Now, nearly two years after its initial launch, and exactly a year after its PC release, EVERSPACE – Stellar Edition has finally came to the PlayStation 4, in all of its procedural, sci-fi glory. And while it seems fitting to compare Everspace to The Binding of Isaac, due to the random, rogue-like nature of both games. Then it has to be underlined that in truth, the similarities between the two titles begin, and end, on the procedural generation of the in-game arenas. And once one steps past the procedural generation, he is completely free to judge Everspace by its own merits, as well as flaws.

At its core, Everspace is a photo-realistic space sim, where you seek to understand the truth behind your existence, and the past of your original self – as in-game, you take on the role of an endless array of clones of the very same protagonist. And this core narrative premise allows Everspace to utilize its rogue-like elements to the fullest  possible extent. As unlike The Binding of Isaac, Everspace has logical reasoning behind its core mechanics and gameplay elements. Meaning that you will never just sit in front of your console wondering how and why you are coming back to life, and won’t ever question the motives of the title’s protagonist and his AI companion. 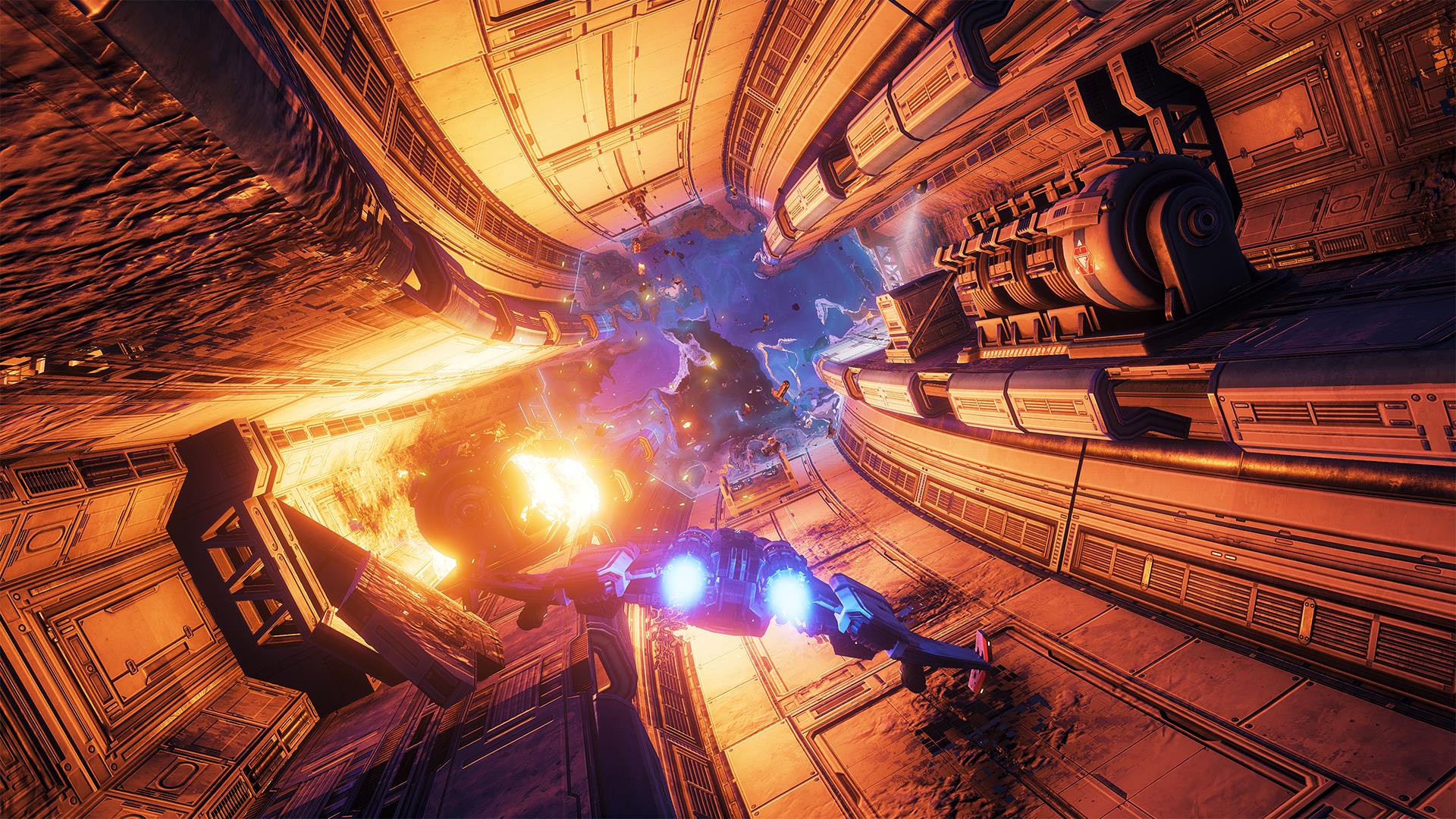 Unlike the vast majority of modern rogue-likes, Everspace is kitted out with a complete plot and a vast amount of underlying lore. And with each and every completed sector, you will learn more about the protagonist, his core goal, and the seemingly endless back-story of the title’s universe, and all the warring factions which can be found within it. And while the drip feed of the title’s core narrative can feel incredibly satisfying at times, then it has to be pointed out that it is not without its flaws, which can be fairly jarring at times.

Everspace’s narrative is built on the back of your progress, meaning that the more sectors you clear, the more you’ll learn about the game as a whole. But as Everspace is an incredibly deep and expansive rogue-like, it is highly unlikely that you’ll reach the conclusion of the story in a single sitting. And  if you’ll end up finding yourself in a rut, where you constantly fail to exit a certain sector, you will most likely spend hours without any story development. And yes, some late-game sectors feature multiple cut-scenes and scripted events within themselves, meaning that even if you’ll fail to clear those, you will still learn more about the game. But casual players, and those who are not accustomed with twitch-based shooters, may find themselves stuck right from the get go.

Just like any rogue-like, Everspace is a punishing and learning experience. And even those who have no experience with flying simulators, and or rogue-likes, will with time, end up mastering all of Everspace’s underlying mechanics, and with the help of the title’s profound upgrades system, the will soon find themselves decimating space pirates and evil corporations alike, with immense ease.

When you first start your intergalactic adventure with Everspace, you will be at the helm of a lowly assault-class space ship, which is armed with basic weaponry and defense systems. But with each and every mission, you will gather an ever-expanding stockpile of credits, which you can utilize to purchase new ships, upgrades, and most importantly new tools of destruction. But if you don’t feel like spending your hard-earned credits on shiny new weapons, then worry not, as all minor in-game items such as missile systems, laser rifles, and shield boosts can be found within the title’s sectors, free of charge. 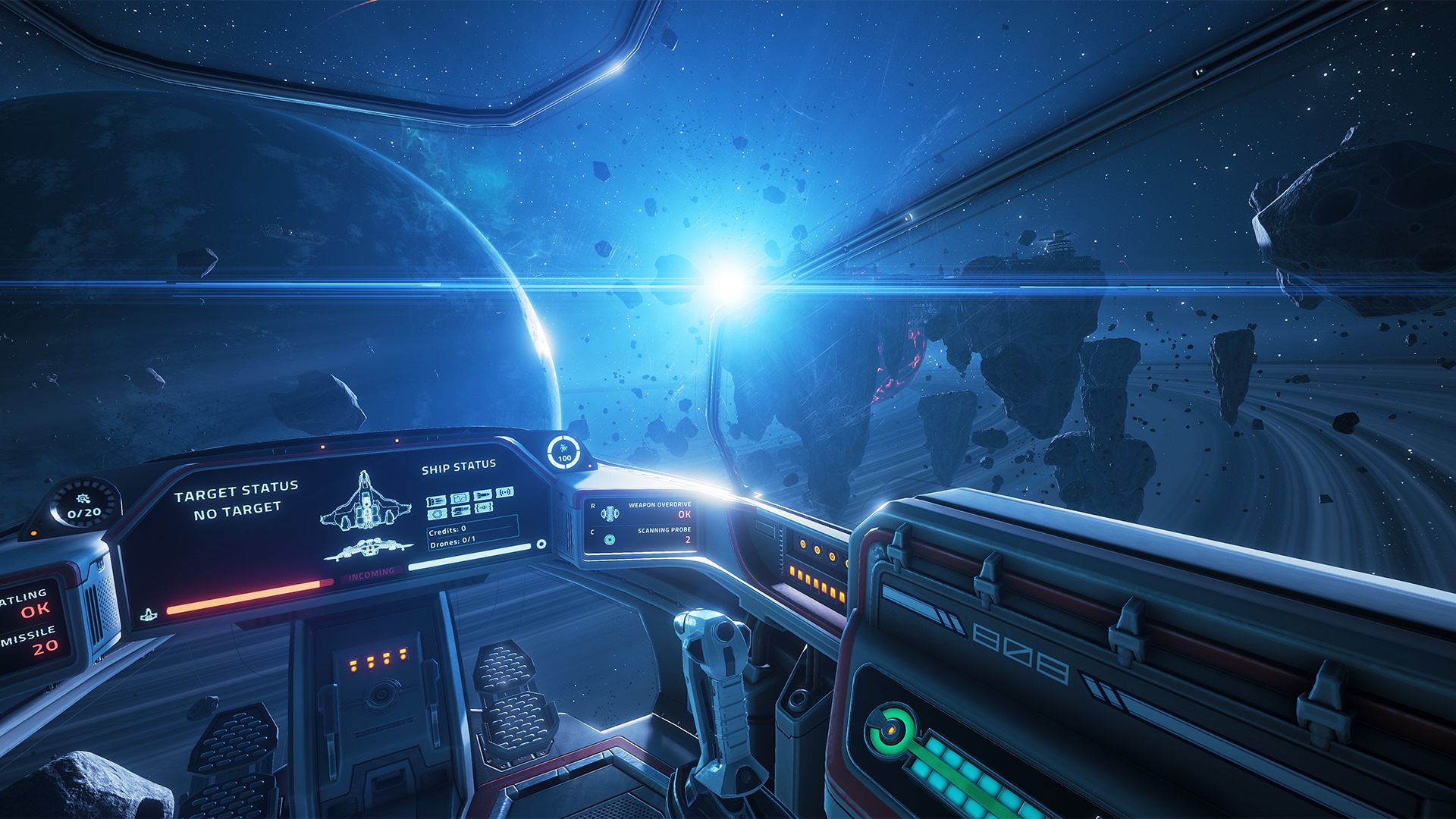 When it comes to gameplay, one could argue that Everspace is all about combat, as in the end, it is a rogue-like. However, the semi-open world nature of this particular title does shit the focus from the ship-on-ship action, onto exploration. And ultimately, thorough exploration of all sectors is the key to the proverbial gate. And without searching through every piece of debris, meteor, and wreckage you won’t get very far. But that being said, Everspace’s procedural generation can be a little hit and miss, as at times, it can serve you with resource and hostile rich worlds, and soon after, it will hit you around the face with sector so desolate and barren, that you won’t be able to gather enough fuel in order to carry out a safe sector-to-sector jump.

At its core, Everspace is an incredibly engaging and captivating title, which quality wise, could challenge some of the modern AAA titles. And without shadow of a doubt, it is the best current gen rogue-like – and yes, titles such as The Binding of Isaac and Spelunky can both be played on PlayStation 4 and Xbox One, but ultimately, both these games have been developed and released during the last generation. It is a fun and feature rich, down-to-earth video game, which is rarity among the abundance of narrative ”experiences” and walking simulators. And while it can be as punishing as the top rogue-likes out there on the higher difficulties, it is subsequently much more approachable than the vast majority of rogue-likes. As it can be adjusted to ones skill and liking, as Everspace allows one to select a difficulty, control scheme, and a camera, in order to allow one to create a tailor-made, and thoroughly enjoyable experience.

On paper, EVERSPACE – Stellar Edition may seem like just another rogue-like. But in reality, it is much similar to the recently released God of War, than any of the aforementioned titles of its genre. And that is because it is a video game through and through. And while it does feature some narrative-centric elements, it doesn’t force any of them upon the player, as clearly the developer behind the title values the fun factor above all. And just like God of War, EVERSPACE – Stellar Edition is an incredibly fun game, in its own unique way. It meshes the unpredictability of rogue likes, with the awe-inspiring spectacle of space simulators, and it ties it’s all together with some solid game design. And while it is not perfect, as it has its flaws, it is still above and beyond the vast majority of modern indies and AAA titles alike.