Home
/
PC
PC Reviews
Who Am I: The Tale of Dorothy Review
Share Review 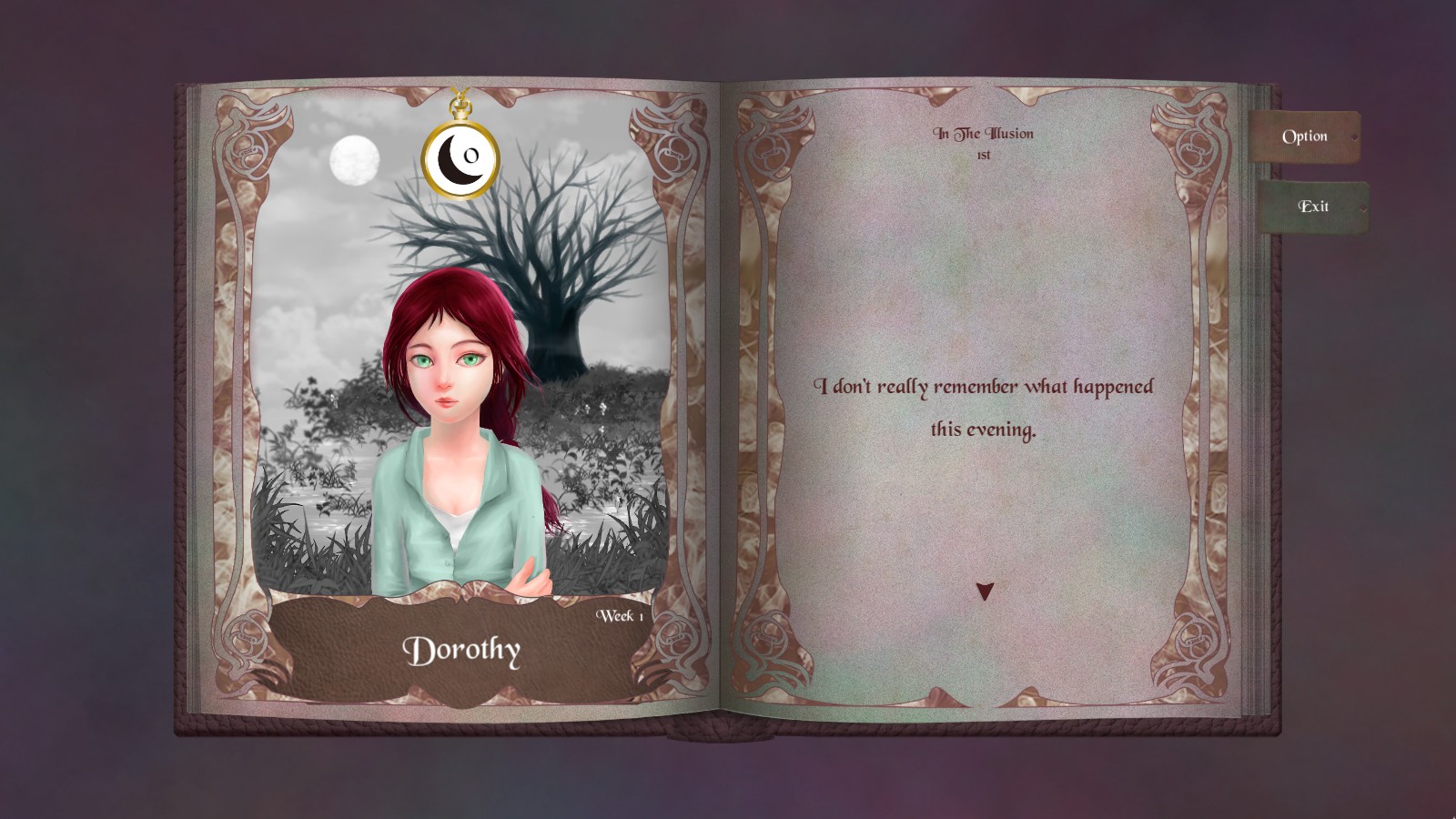 Dorothy is a teenage girl with three other personalities living inside her head. Recently adopted, she comes from a troubled background and is having difficulty fitting into a new school and connecting with her adoptive parents. It’s your job to help integrate the three personalities back into Dorothy, but it won’t be easy.

The game takes place in Dorothy’s dreams where you talk to her and her three personalities: Alice, Gretel, and Cindy. At the start of each dream Dorothy tells you about an event in her real life, or something she is currently struggling with. You are then given dream time. You may spend one point of dream time to have a conversation with Dorothy or one of the personalities. You may have multiple conversations with a single character and/or you may talk to multiple of the personalities, but each conversation costs an additional dream time. If you run out of dream time, the dream automatically ends and you move on to the next one. If you choose to end the dream before running out of dream time, leftover dream time rolls over to the next dream.

Each of the three alternative personalities is very distinct. Cindy is bright and optimistic, occasionally looking down on Dorothy for her insecurities, Gretel is angry and emo, and is determined to protect Dorothy no matter the cost, while Alice is young, naïve, and frightened, viewed by the others as a very little girl. 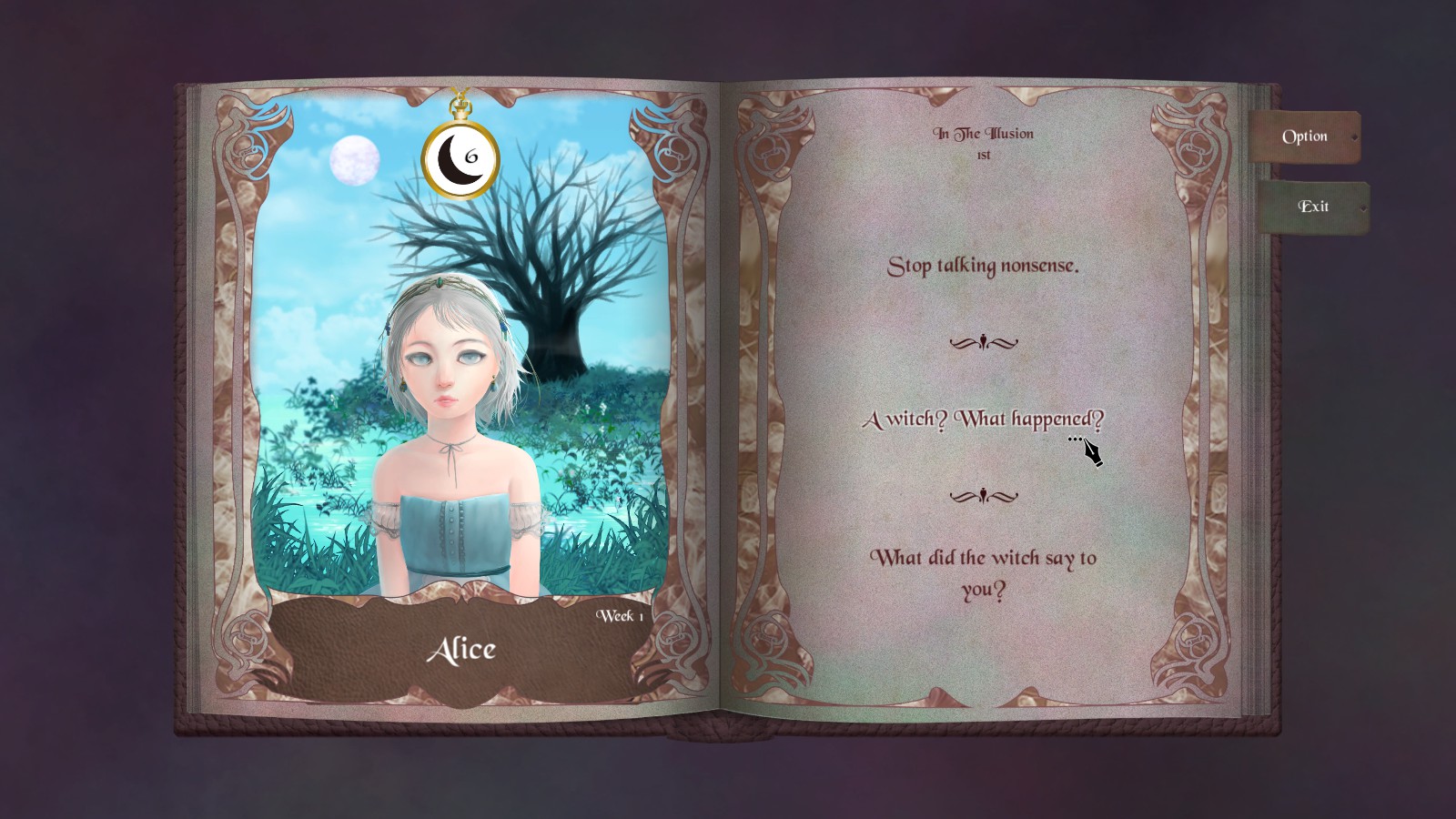 At the end of each dream you see how stressed Dorothy is as well as how close each personality is to integration. If Dorothy becomes too stressed, the game ends. During your conversations you make choices as to how to respond to the things the girls say, and this effects stress and integration stats. In some cases if you say the wrong thing, the personalities will refuse to talk to you further during a dream. Things you say to them may also affect how they respond to you in future conversations. Dorothy will never shut you down completely, but the things you say to her will also sometimes affect the conversations with the other personalities.

Knowing what is the right thing to say, is often not easy and you’re unlikely to beat the game on the first or even the second try. It’s not just about figuring out what each personality or Dorothy wants to hear. You also need to learn what they need to hear.

As you progress through the events in Dorothy’s life you learn more about her and her backstory as well as helping her find happiness. The events that occur in her life change between play-throughs, so even once you’ve beat the game you’re probably going to want to go back and see some of the other stories that can occur. There are also six possible endings, so you can attempt to complete them all.

The game’s artwork is quite attractive and appealing and the character designs for Dorothy and her personalities are clever, playing off the fairy tale characters they are named after while also playing into their personalities. 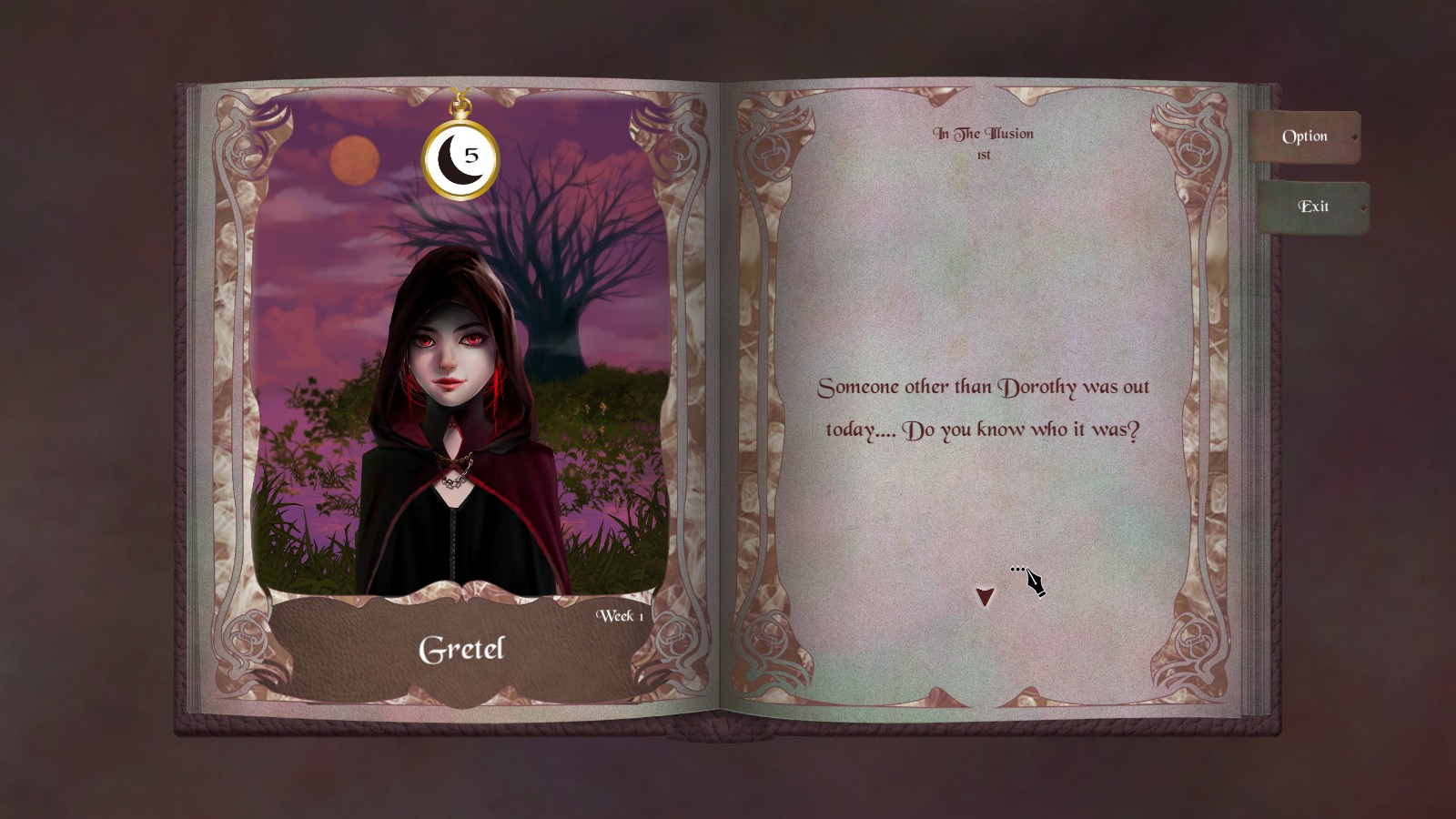 Who Am I? – The Tale of Dorothy is a risky game that deals with some heavy subject matter. The writing needs to be excellent for it to work and it is. While each personality is distinct, they also manage to each feel like a part of Dorothy, and through them you feel like you are getting to know more about the girl herself.

If the game’s writing has one flaw, it is that urging Dorothy and her personalities to seek help and talk about her mental issues often raises stress and lowers integrity, sending a subtle message against seeking help. This is understandable from the point of view of the game that requires Dorothy to be getting help from you, the player, in her dreams, but could send a potentially troubling message to people playing through the game.

Who Am I? – The Tale of Dorothy is three dollars on Steam which honestly feels like a steal. There’s a solid amount of game play value (though not unlimited) and the game is an intriguing puzzle, with a unique story, and some excellent writing.

Tags:casual, indie, Onaemo Studio, PC, PC Review, Rating 8/10, simulation, Who Am I: The Tale of Dorothy