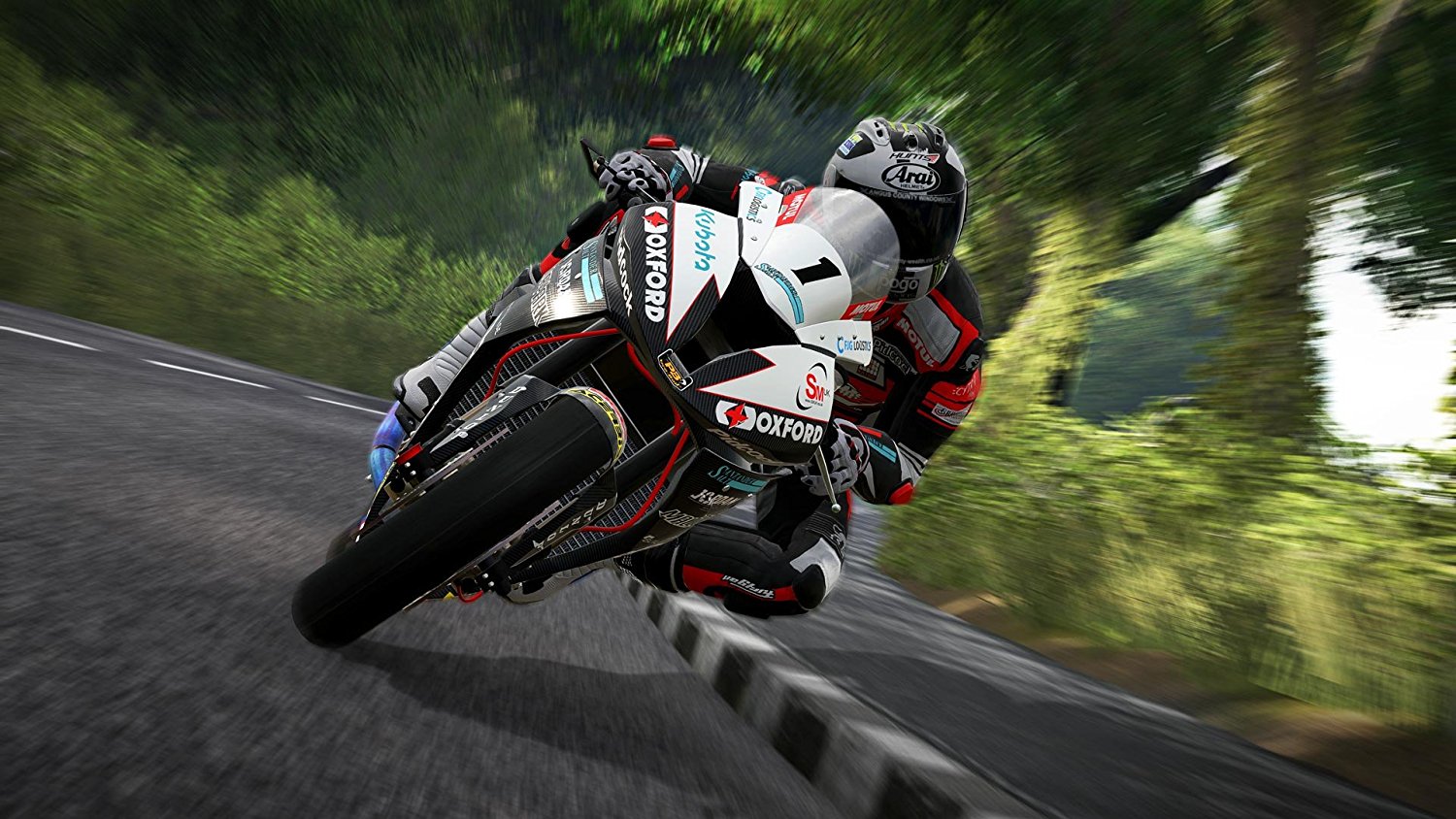 In the world of videogame development, different developers are famous, and/or infamous for completely different reasons. PlayStation’s Naughty Dog, by many is regarded as one of the best, if not the best developer out there. Whereas the French Kylotonn, is one of the most underwhelming and at times disappointing, studios out there. As for years, it has been releasing titles such as the instalments of the WRC franchise which were downright lazy, and games such as Flatout 4: Total Insanity, which were simply below par. And when it has been announced that the developer in question will be creating TT Isle of Man – Ride on the Edge, it didn’t inspire many with confidence. As most outright assumed that TT Isle of Man – Ride on the Edge, will be just as poor as underwhelming as studio’s other games.

TT Isle of Man – Ride on the Edge, is a superbike racing sim, which allows one to participate in the UK’s Tourist Trophy tournament, which culminates on the titular Isle of Man. And the title’s career mode, is its main selling point, but just like many other aspects of this particular game, will appeal only to a very niche group of gamers. As truth be told, most, especially outside of UK, probably have never heard of the Isle of Man Tourist Trophy. And many of those who are aware of it, are likely to scoff at the idea of a very limited, unforgiving, hardcore simulator. 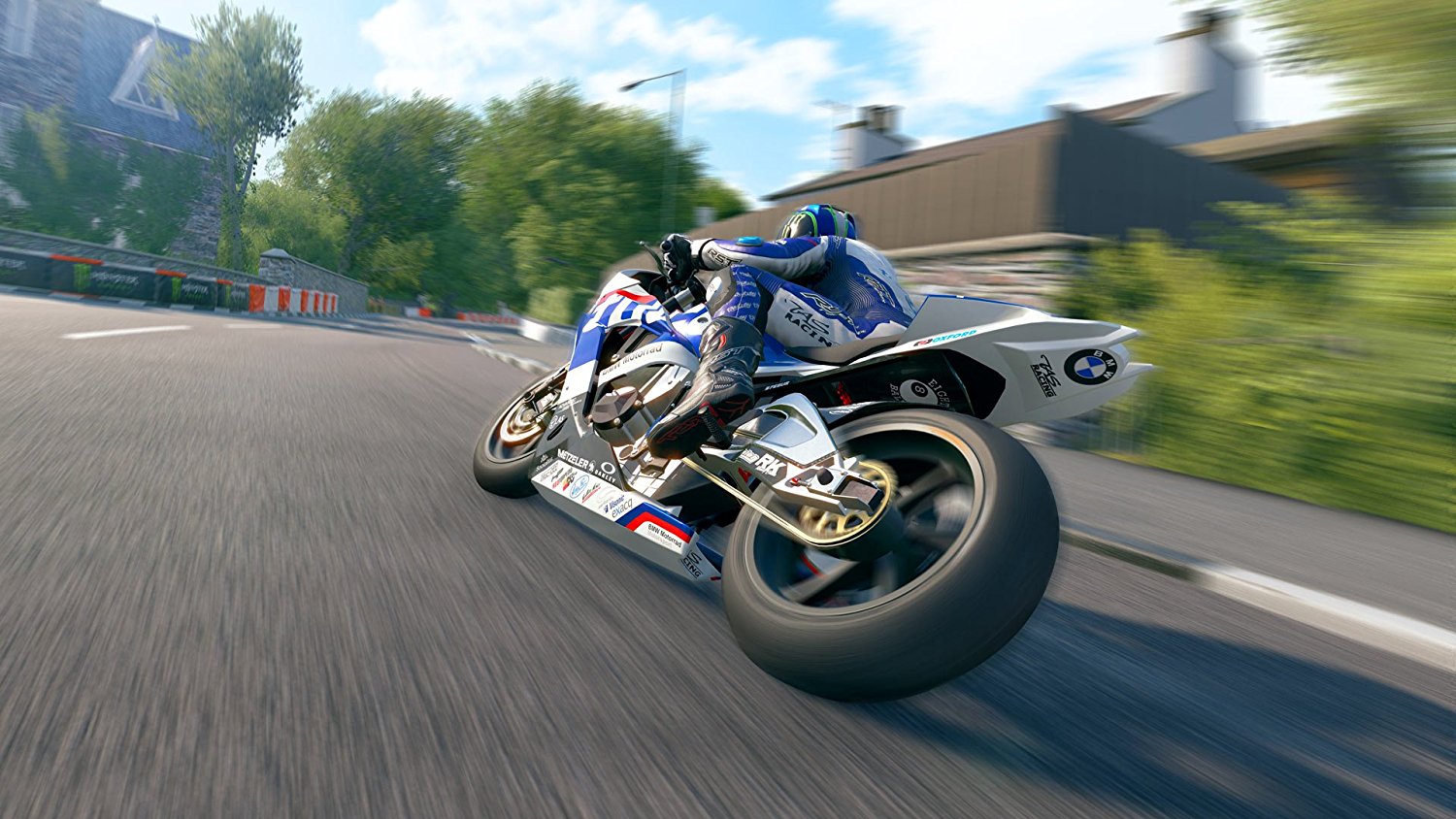 TT Isle of Man – Ride on the Edge, retails at full AAA price point. Meaning that depending on where you purchase it from, it can cost you anywhere between £40 and £50. And if you are paying that much for a game, you are probably expecting AAA quality, AAA content, and AAA satisfaction. But unfortunately, when the push comes to shove, and the TT Isle of Man – Ride on the Edge’s steel finally gets tested, you’ll quickly realise that what you are getting is a AA quality, A Content, and AA satisfaction title. Which is miles behind the modern AAA standard.

When it comes to the title’s content, then not a lot can really be said about it, as in truth, there is not much of it. Besides the two motorcycle classes, which are solely composed of Yamaha, Kawasaki, Honda, Triumph, EBR, Norton, and BMW. And tracks, which can be counted easily on fingers of both of your hands, there is nothing else to write home about. And it is better to not mention the variety of the title’s in-game modes, as those can be counted on fingers of not two hands, but just one.

The lack of any meaningful content is incredibly jarring and is noticeable throughout. But the lack of content, in the long run, will not have nearly as negative impact on one’s perception of the game, as the fact that the vast majority of the title’s already lacking content, is simply below par in terms of quality. And it is not uncommon to see perfectly uniform cuboidal walls, with ugly, low-quality textures stretched over them; or vine-covered fences, which are nothing more than simple fencing, with bushes simply poking through its model. And it could be argued, just like with any game, that visuals are not everything. But when your game has just 9 tracks, then they all have to the highest of standards, with no exceptions. 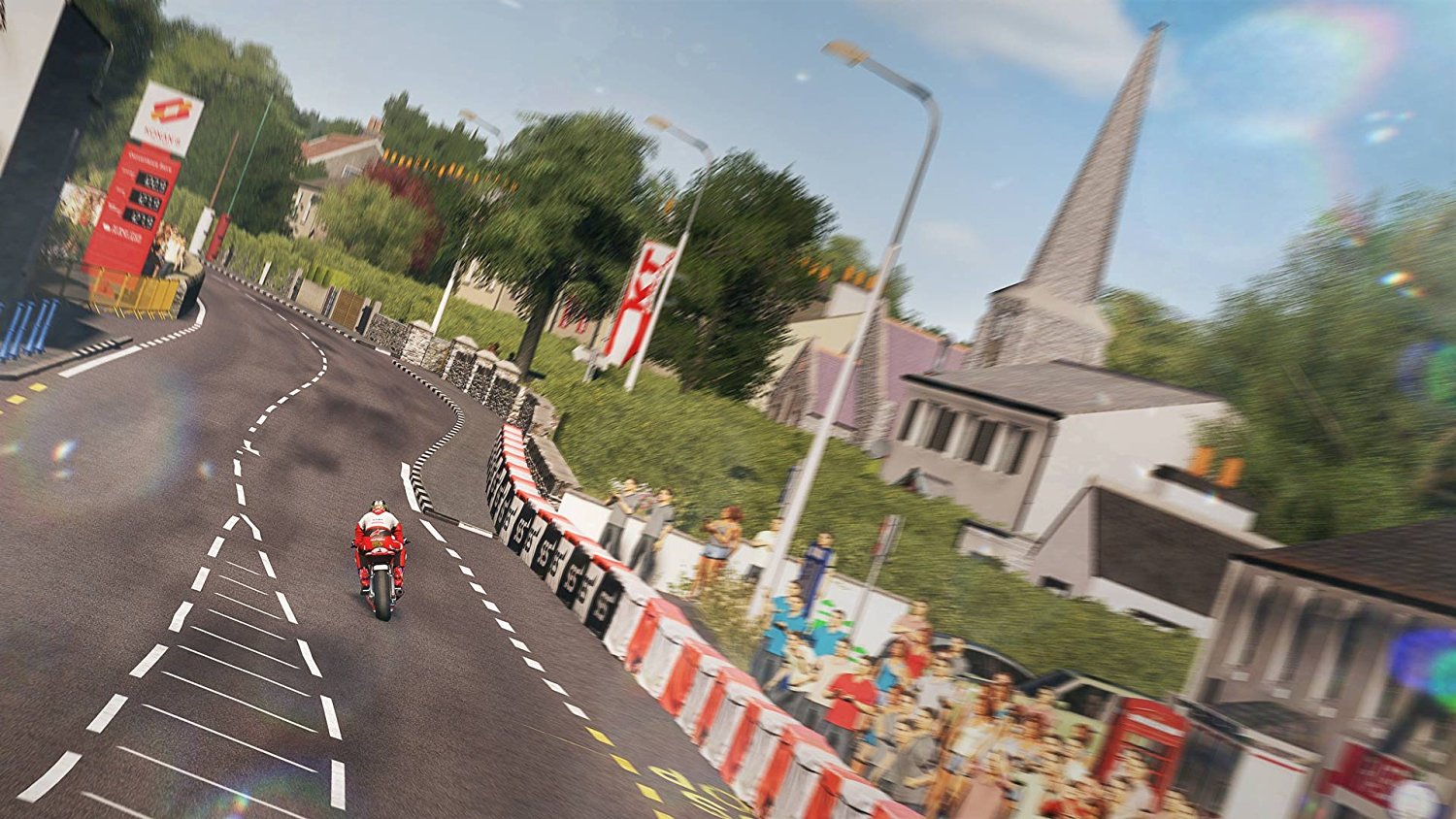 Ugly textures, ill-fitting models, and lazy design, are not the last of the issues on TT Isle of Man – Ride on the Edge list. As there is simply too much to list. And such state of affairs makes one question the existence of the game at hand, as it has clearly been created with minimal effort, skill, and resources. And this is showing throughout. And what makes matters worse, is that this particular game even lacks the basic mechanics such interactive camera. But this is to no surprise, TT Isle of Man – Ride on the Edge, even lacks appropriate camera angles in within its pre-existing static camera modes. And those why already being few and far between, all lack the level of polish and quality, which one would expect from a game such as this, as even the ‘helmet camera’ lacks the said helmet. And even I don’t know if this is simply disappointing, or just laughable.

For what it’s worth, TT Isle of Man – Ride on the Edge, is an incredibly complex and demanding racer, which without a shadow of doubt, is on par, simulation wise, with titles such as Dirt Rally, and Assetto Corsa. However, it has very little to offer beyond that. And even if this particular title sounds like it is right up your street, then it is more than likely that you’ll grow tired of it, by the time you have to race on the same Irish track for a tenth time. And I’m sure that there are people out there, who will adore everything that TT Isle of Man – Ride on the Edge has to offer, but I’m not quite sure that they’ll do so after shelling out over £40, for a title which shows its cards, before the game even begins.