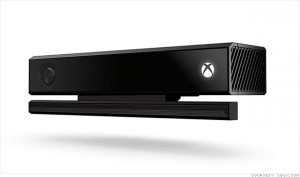 Be its release on Xbox 360 or its forced integration into the Xbox One package, it seems that everyone is hating on Kinect. Yes, Kinect 1 was far from perfect, and sure, Kinect 2.0’s inclusion does raise the price of the Xbox One, but let’s not forget, Kinect has sold a shit ton of units.

It’s easy for Sony to keep PlayStation Eye and Move out of the PS4 package, and it has been even easier not to make any Move enabled games for PS3. Why? Because Sony have got the needs of the core at heart? No. It’s because Move didn’t sell and PlayStation Eye, on a technical level, is miles behind Kinect 2.0.

Kinect may not be everyone’s cup of tea, but heck, at least it’s something new. Now, I don’t mean to keep crapping on Sony, but everyone seems to forget that Move was one of the most blatant, unabashed and downright shameless rip offs in videogame history. In case you hadn’t noticed; Move is Wii Motion Plus. Plain and simple. Other than the dopey light on top, that is the same tech that Nintendo made famous with the Wii years earlier. Sure, both companies were trying to cash in on the motion control craze, but damn, at least Microsoft made a bit of effort.

Now, I’m not saying that Kinect is great for gaming, heck, I rarely ever use mine, but at least it’s something unique, an attempt to innovate – it’s certainly a step up from Sony’s outrageously lazy offering. Yes, being a separate product on 360 meant that we were naturally inundated with Kinect only titles. Microsoft did, after all have to offer justification to the millions of people who went out and bought the tech, but with Xbox One though, with it part of the package for every user, Microsoft won’t be under te same pressure. Rather than Kinect games, we’re going to get games with Kinect functionality. Shouting at the screen isn’t for everyone, but as long as it remains an option rather than the standard, heck, who am I to complain? The future of Kinect is subtle integration. Be it in games or via the dashboard; if the tech actually does what it says on the box this time around, we could see some very interesting implementation down the line.

And anyway, looking at the Xbox One, it looks like Kinect functionality will indeed be aimed largely at improving the interface between the console and its myriad of other services. I know a lot of core gamers don’t care, but if Kinect 2.0 can do what was shown at the reveal, then shit, that’s pretty cool from a purely tech standpoint, and for a lot of people, will prove the difference between the two consoles. Above that though, it’s the potential inherent within the technology. With it being part of every console, developers will have freer reign to experiment and try something new.

That’s certainly more than can be said for Sony’s PlayStation Eye and Move combo. For many, not being included in the box and thus bringing down the price of the console is a positive thing – fair enough. I tell you this much though, by removing it from the core release, that camera and its accompanying Move capabilities are going to be about as useful as an asshole on your elbow. 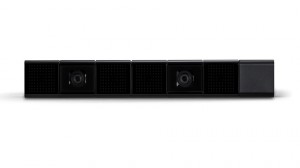 With it being an optional extra rather than the standard, developers will simply not commit to the tech. It happened with the PS3, and I’d bet the farm that the exact same thing will happen with the PS4. I guess that’s fine for those with no interest, but for gamers out there with even the slightest interest in motion control gaming, Sony have essentially ruled themselves out of the game. I’m sure there will be a few token releases down the line, but PlayStation Eye will be little more than an expensive doorstop in most homes within a year of release.

It’s easy to hate on Kinect at the moment. Heck, it’s easy to hate on Microsoft, but you know what, they’re not all that bad. I have come across like a bit of a fan boy of late, but honestly, I just feel like somebody needs to be fighting Microsoft’s corner. So far, I’m not nearly as convinced by the PS4 as many are. What have they shown that is so great? Time will tell on that I suppose, but for now, don’t go drinking the Kool-Aid – make your own mind up and try not to get caught up with the angry, overtly reactionary mob on the internet. People will tell you that Kinect is a waste of space, but you just watch; a few months down the line, it’ll be the PlayStation Eye that is gathering dust.