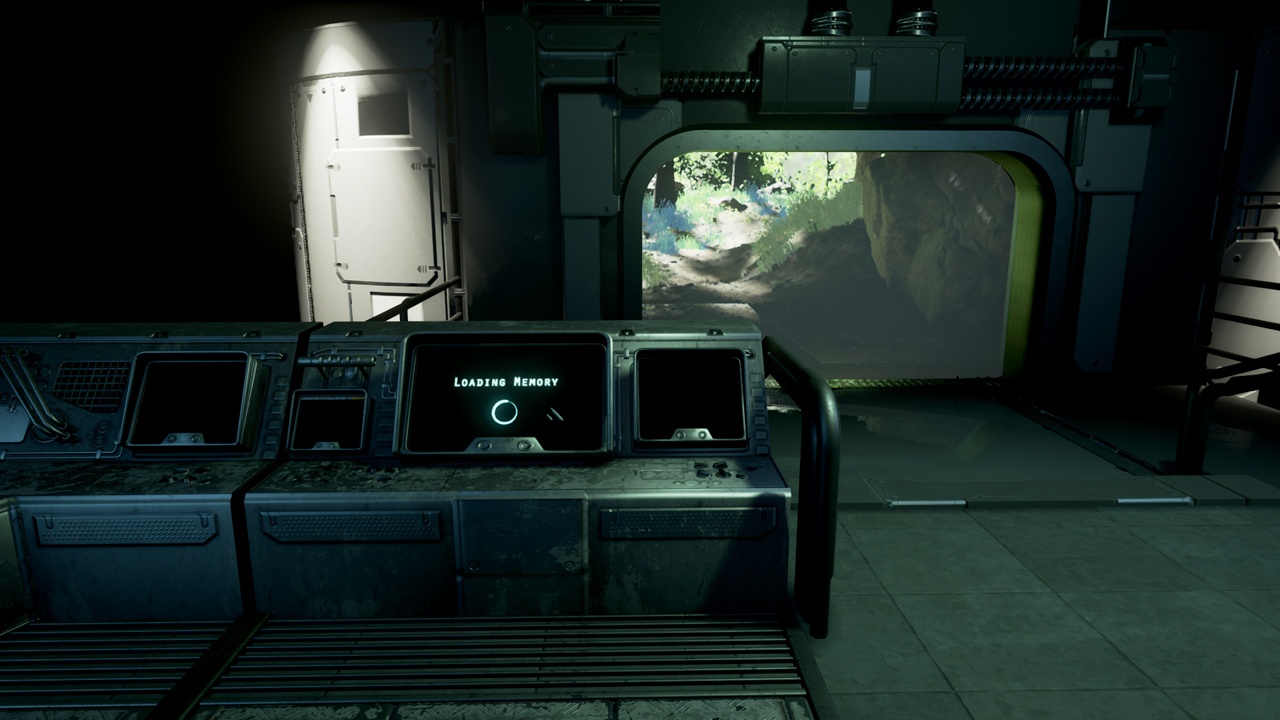 Ever played a game that is so darn confusing you have no idea what’s going on, but you keep playing in the hopes that you will figure it out? Well, Asemblance is that game. Greatly inspired by the likes of The X-Files, The Twilight Zone and Black Mirror TV shows, Asemblance is a single player, first-person, psychological thriller that is absolutely mind bending. The story begins with you waking up in a room with some sort of machine in it with a few different blank screens, red flashing lights, alarms going off and an unknown AI character telling you that this is an emergency life or death situation. After a few seconds the AI tells you to activate the terminal in front of you where it asks you one very simple question: ‘How are you feeling today?’; with 4 answers you can choose from, ‘Great, Not good, Confused, Angry and confused’. Well, this wasn’t a simple question, was I answering for myself in the real world? Or as this unknown person in the game world? I answered ‘Great’. The AI then tells you there was no emergency and was purely testing your ability to react to a stressful situation. Confused? I sure was! This is a question that will get asked to you a number of times throughout the game, each time the answer changing. Now this is where it starts to get really confusing, you’re asked to select a previous memory, only one available to select at this time, and then you are to enter this memory through some sort of portal. The idea is, or at least what I got from it, is that you’re replaying specific memories from your life. But, at this time, you have no idea why. Throughout the course of the game you will revisit numerous memories and uncover some dark secrets along the way, obviously I don’t want to spoil anymore for you.

Said to be a ‘Pilot Episode’ Asemblance is very short, I had 100% it in just under an hour, although If you know what you’re doing it can easily be completed in less than 30 minutes. Which obviously isn’t great, especially seeing as there is pretty much no replayability. Once you have completed it, you’ve completed it. You know? But the time I did spend with this game was enjoyable but equally confusing. A lot of the time I had no idea what was actually happening, whether my character was just crazy or whether I was missing some huge plot. I got the impression that this is exactly what Nilo Studios were hoping for. 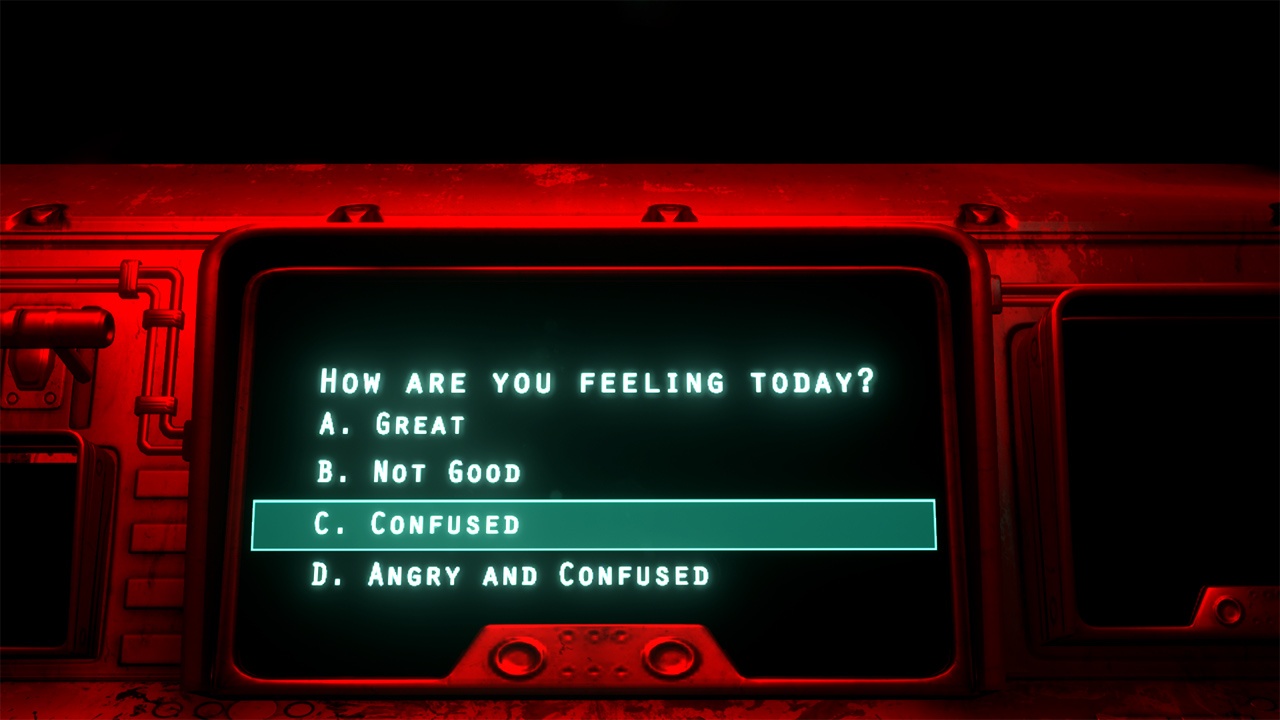 Asemblance has multiple endings, although not a single one was easily interpreted. Once I completed the game fully, I scoured the internet looking for answers to what I had just played and everyone had a different opinion about it. It’s left to interpretation, I might have come away with a completed different outcome to what a friend would, and I love that, because that’s the sort of thing I could spark a conversation up for hours about, discussing the various differences.

So, we have already discussed that Asemblance is most definitely psychologically exhausting, but what about the thriller side of it? How did that deliver? The answer, pretty darn good. The atmosphere that Asemblance creates is outstanding, it uses the simplest of techniques to deliver a hair-raising experience. There’s no jump scares, there’s nothing chasing you, there’s nothing like that. But yet, I still felt scared. It was the feeling of expecting something to happen, but nothing more ever did. 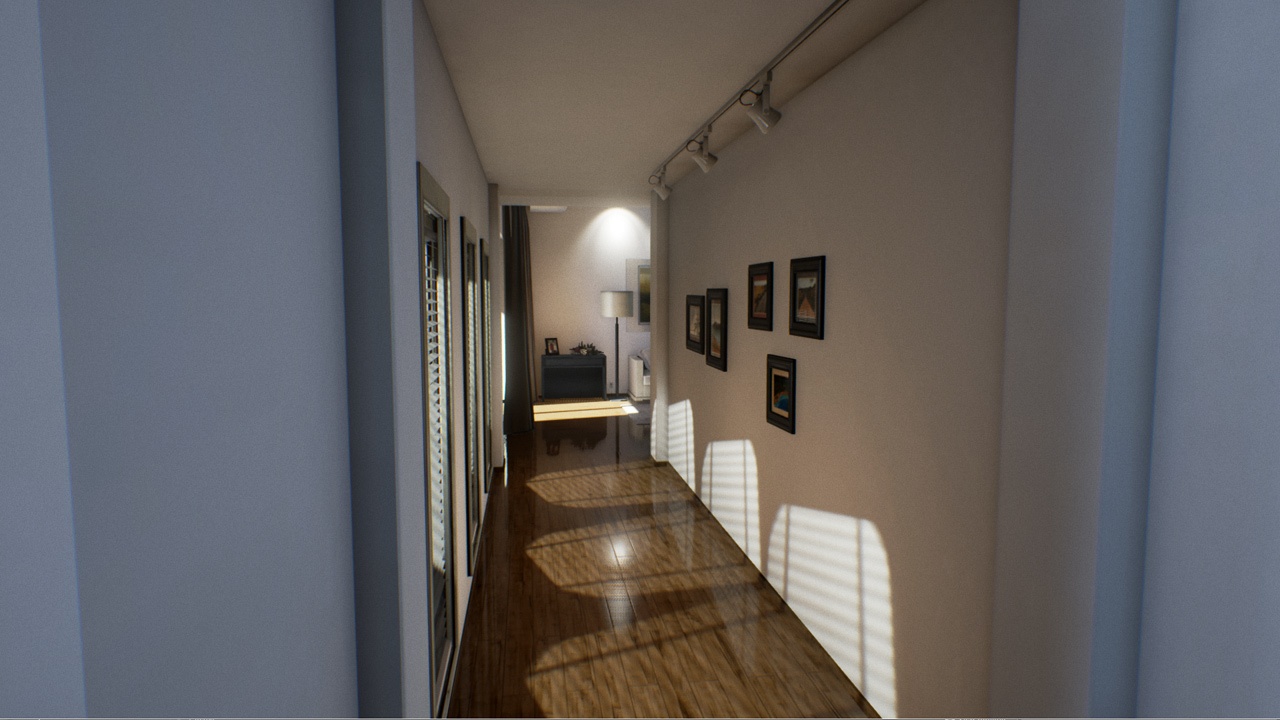 The game itself looks great, although very basic as you will only be seeing 3 or 4 different areas throughout. But it was interesting to notice certain aspects of these areas change over time. Sometimes you have to look real hard, but the changes will be there. My favourite part of Asemblance though, was its soundtrack. Simply beautiful and it’s odd, but deeply relaxing. Even through those times I felt on edge, when you start to hear the calming sounds it will bring you right back down to reality. Even if you had no urge to play this game, please have a listen to the soundtrack, you will not be disappointed.

Overall, Asemblance was a pleasant experience (apart from trying to get the last achievement to unlock), although it did feel more like a demo than a full game. I would be very interested to see how the other episodes turn out and how they plan to release them. I would suggest maybe waiting for a release when all episodes are unlocked as it is extremely short and I can understand why that would put some people off. It is an easy 100% though for you collectors out there. But, prepare to be very confused.

Ever played a game that is so darn confusing you have no idea what’s going on?