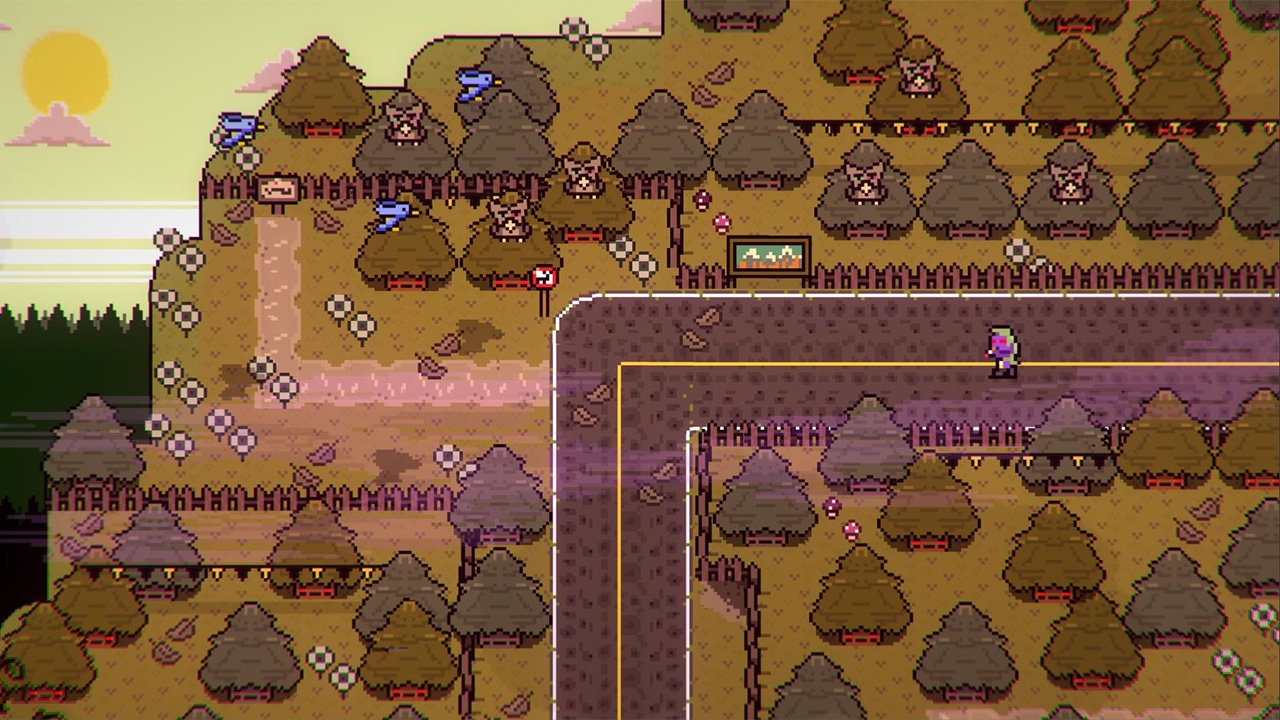 Surreal gaming is one of those subgenres of gaming that I have such a soft spot for. Lots of people talk about games being works of art, but they either usually mean something that has a big, deep story that really makes you think OR a massive AAA title that had millions poured into it so that it looks like polished diamonds. No one ever thinks about art for gaming the same way Dali did, but there are a few standouts. Things like NO THING, Soda Drinker Pro and Hylics are all high on my list for bizarre games that captured my attention. So I’m glad to have the first entry to the entirely offbeat game, Baobab’s Mausoleum, on the Switch, though I have to say, raw and honestly, this is not for everyone.

Baobab’s Mausoleum Ep. 1: Ovnifago’s Don’t Eat Flamingos (and that’s the last damn time I’m typing that) is the first entry into the two part series, starring Watracio Walpurgis, the vampire eggplant who is also an FBI agent that has the bad luck of having his car break down on one merry afternoon. By coincidence, his car breaks down on Albatross Road, the location where the mysterious town of Flamingo’s Creek appears once every 25 years, and, lucky you, today’s the day. Watracio genuinely just wants to get his car working and maybe give a call to someone for a tow, but no, that’s not how this is going to play out. Now he’s trying to unravel the mysteries of Flamingo’s Creek, find out who the mysterious 64th inhabitant of the town is, and stay alive while also staying completely sane. 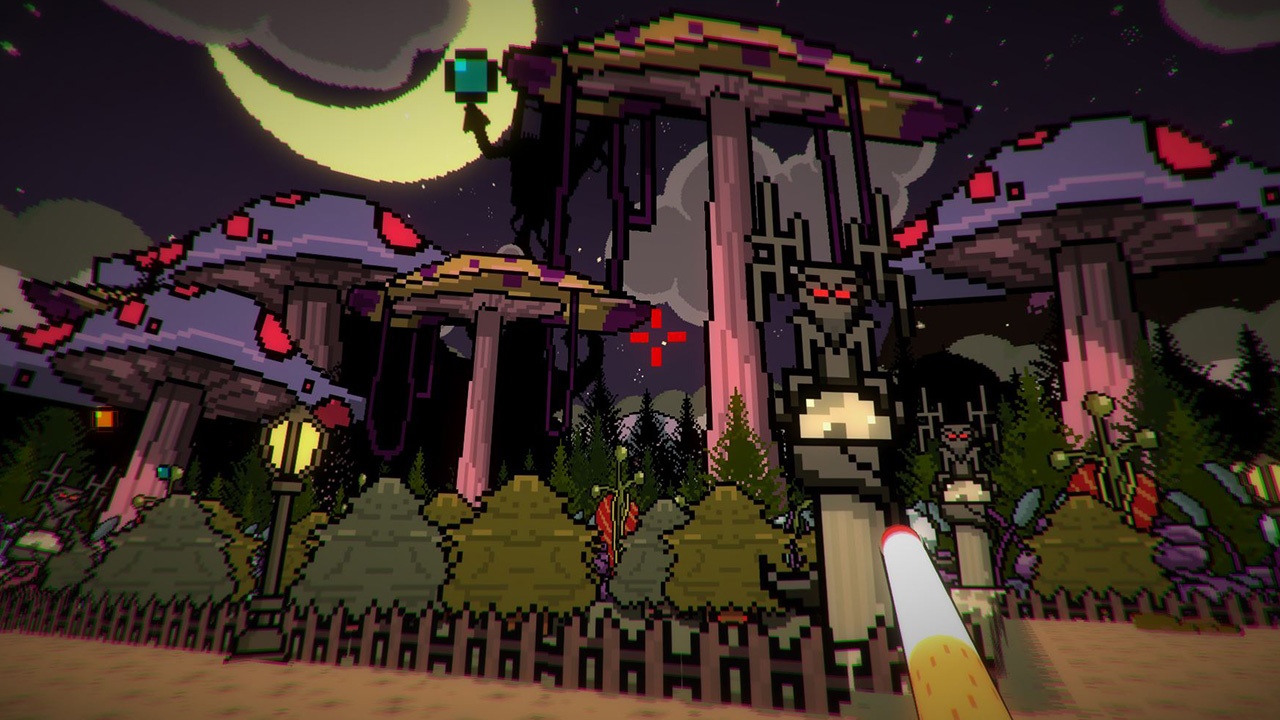 There’s no easy description for what Baobab’s Museum is, and the store page attempts to explain it by literally listing four totally different games and mashing them up to make that some kind of answer. It’s not wrong, it’s just disingenuine. The main principle of Baobab’s Museum is that it continues to defy expectations and ideas by refusing to stick to a single game genre or presentation. You begin with an overhead, 2D adventure mode that’s very reminiscent of Link’s Awakening (and indeed, some of the background designs feel a bit too familiar). But suddenly, things change, and change fast. Now it’s a side scroller puzzle game. Then it’s a first person, Minecraft-esque hunt. The hats change fast and furiously, and you barely have time to figure out what’s happening next before you do something else. There’s even a couple of fight sequences, though they’re far from difficult, more of a proof of concept than anything.

The humor and writing of Baobab’s Museum is purposely strange, uncomfortable and out there. There are characters who are icky, ones who are friendly, ones who are creepy and ones who are director John Carpenter. Someone wants to eat a flamingo. Another needs his eye back. There’s a moon boy who fell out of a space chicken. Everything from start to finish in this game (which ends rather abruptly, more on that later) is meant to unnerve you, but not in a scary sort of way. Just in a “don’t try to anticipate what comes next” methodology that I really enjoyed and loved. There’s a character right at the beginning who refuses to move unless you get him some kind of food. Seems simple and straightforward enough, but, in lieu of this, you decide to crush him with a catapult. Why was that the answer? Simply put, because it wasn’t the one you were expecting, and that makes it lovely.

The visual aesthetics of Baobab’s Museum are banging spot on. The effect is trying to generate a Twin Peaks vibe, which can only be done in a few different ways, and washing everything out and giving it a retro vibe was a really good choice. There’s the option to turn on a VHS filter to make everything have screen lines, like you’re watching a worn-out tape from the back closet of a cabin, and it really adds to the creepy vibe. The colors are all this violent sort of palette, like the artist was angrily trying to mix in hyper saturation in every single character and icon. The music, on the other hand, doesn’t always feel like it fits in: I think Celery Emblem wanted to make it that kind of creepy fun, like a broken carnival, but it usually just comes across as inappropriately upbeat and jaunty. The sound effects, in addition, can wear on a person quickly: you get sound every time you walk/look at something you can interact with, and then another sound for when you actually do interact. It kind of got on my nerves FAST. 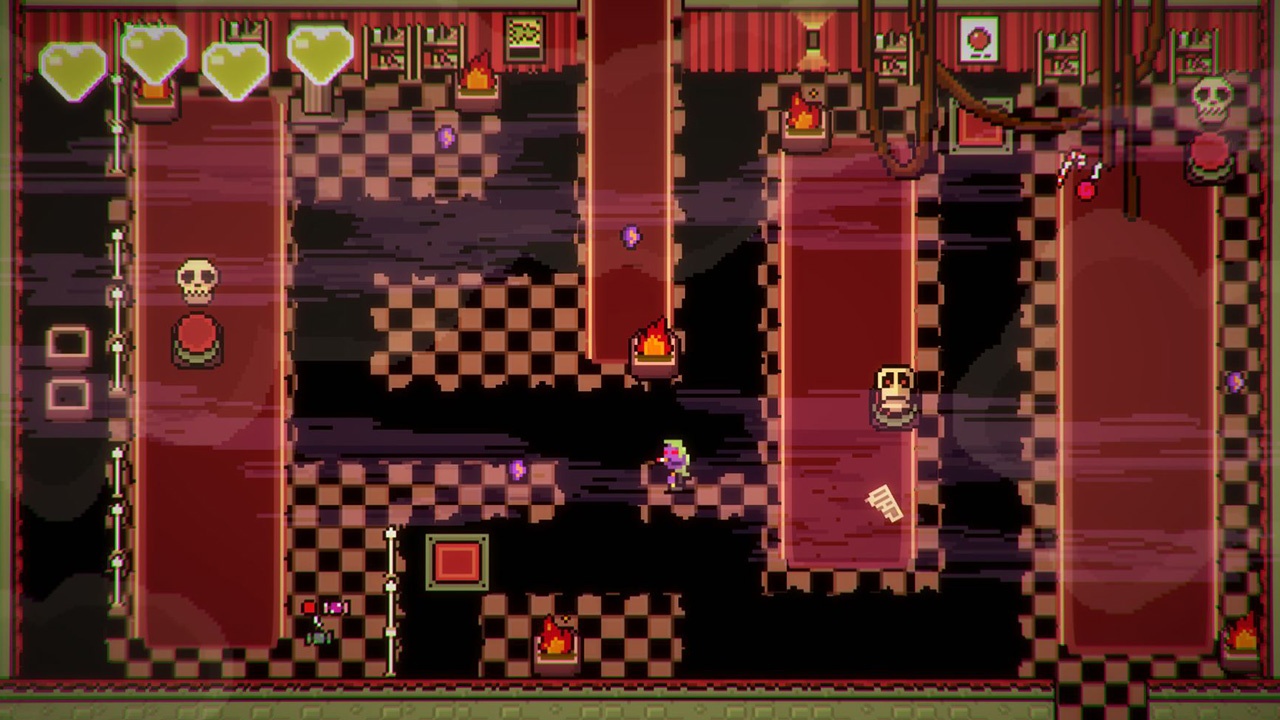 For those who’ve played the game before, you’ll know there is a moment in the PC release where the player is instructed to check a website to get information and, well, that can’t happen anymore because things have changed. For the Steam release, players now have to dive into the Steam forums in order to get answers. Celery Emblem, in a great move, has actually utilized the way the Switch’s digital software works in order to cleverly hide the answer within the support information, so this isn’t an impasse for players. In fact, it’s a damn smart move that proves there’s been a bit of thought put into this port, and it does show. Sure, the game bugged out once, but I didn’t lose any progress. Though I do wish the game had a better save system than just the start of each Act. The Acts can be quite fast, but, for Switch users who flit between games, it might be saddening to learn they lost minutes of play, especially if part of that is the agonizing wait for platforms to align to cross the water in one particularly arduous puzzle pattern.

Overall, Baobab’s Mausoleum Ep. 1 serves as a great “taste” for players who want to decide if they’re ready to go all-in on this level of oddball adventure. You can easily finish the game in about an hour, even going in cold, probably less if you know where to look for squirrels and such. Episode 2, which has already been created, is significantly longer, so probably experimenting with sales of Ep. 1 was a wise move on the part of the publishers. If anything I’ve said here sounds intriguing, or if you’re generally a fan of games that severely think, move and dance outside the box, then you should definitely come join Watracio in his quest to get his car moving and maybe find out about resident 64.

Bizarre, darkly funny and full of twists and homages, this first installment of the otherworldly Baobab series is definitely a fine wine to be enjoyed by players looking for something more exotic to taste.