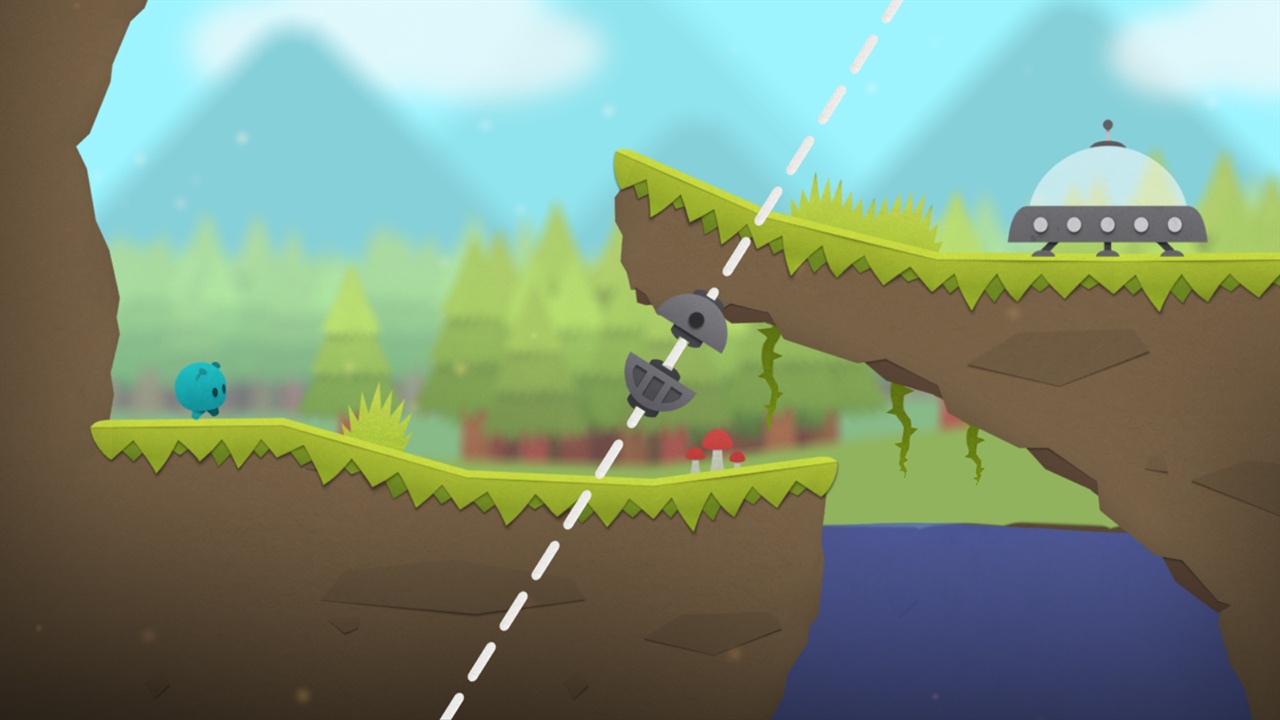 Sometimes, you really need to workshop out some of the smaller details before you bring your game onto the scene. You may have mastered the larger scope – the mechanics, the graphics – but it can be one small thing that really takes away from the overall. It’s been close to thirty years since the release of Zero Wing, but no one remembers the game, just the poorly translated intro. So I really feel like Rac7 could have done just a bit of testing with audiences to see how they responded to the name Splitter Critters and found that the mental imagery and the game’s actual premise are two very different things.

Splitter Critters is the surprisingly adorable tale of an alien spacecraft that is visiting a series of worlds in order to get some cute aliens. Now, I say get because it doesn’t really seem like abduction, as the critters are more than happy to get into the craft, but also they seem pretty content just to exist, so it’s up to the mind of the player. In the quest to get the critters to your ship, you find that there are several obstacles. There are not-so-friendly critters who want to eat the cute ones. There are various pitfalls and uneven platforms. So you do what any good alien would: you tear the fabric of reality apart to better suit your needs. As weird as it sounds, everyone seems perfectly okay with this, and the technology is treated as no big deal. 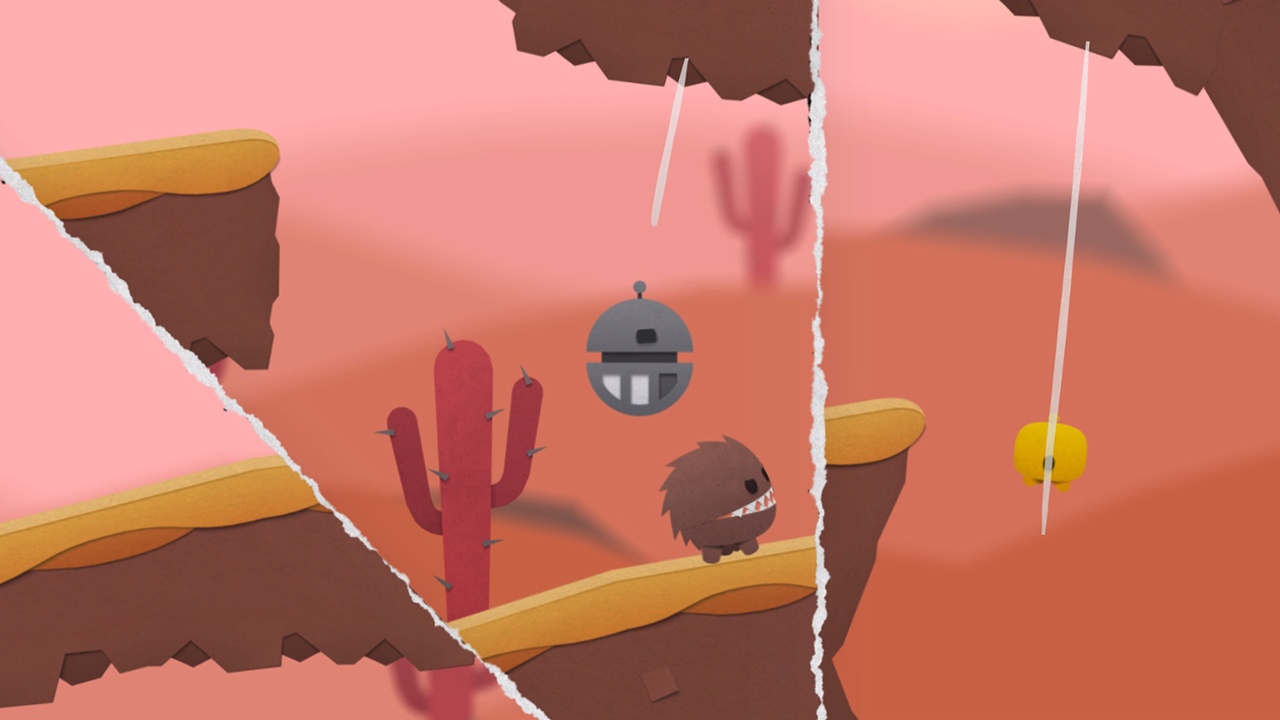 What happens here is, in Splitter Critters, you play the alien who is floating around, trying to get the little guys into your ship. You do this by creating a straight line at any angle, ripping a massive, long line in the sky, and then shifting the lands on either side of the line to better match where you want it to be. So, if a critter is on a high up platform and too scared to jump down, you simply rip his world asunder and paste it together so now he’s on a lower platform. God-level insanity and mission accomplished! You can only tear so many rips at a time before your alien runs out of charges, and you get those charges back by “Resetting” the tears. In the meantime, any movement that has occured on the parts of critters (both good and bad) is honored, so you can snap the world back into shape and still have your little AI goofs running around in new areas.

First and foremost, this is a surprisingly innovative and unique title. I actually adore the way that Splitter Critters plays out, and it’s handled pretty well on the Nintendo Switch. Even though there’s an agreed upon “solution” to each puzzle, there’s not an exact line that needs to be cut. You can get pretty creative with things, especially when it comes to the later levels and the ways that other critters react. There are swimming critters who survive better in water than on land. There are crazy rushing critters who can knock aside the bad dudes but also are harder to corral. And you get some truly fearsome and crazy levels, much later on, where you have to actually signal to the spaceship to come and get you instead of just going to it. The whole thing creates a great system of timing, patience and creativity.

Additionally, the cute graphics and bouncy soundtrack do make for a good time from start to (almost) finish. Even though there’s a bit of head scratching that occurs, the pleasant aesthetics that range from bubbly outdoors to pseudo-scifi labs keep you engaged and enjoying the ride. My kids were in love with watching all the little guys run around, they panicked when the mean critters ate my friendly ones, and there were a lot of good laughs when I realized I had stranded my critter somewhere with no escape and it just paced around gormlessly. It’s simply a relaxing and enjoyable thing, something I didn’t anticipate with the title Splitter Critters. Seriously, it sounds like a grindhouse joint, and I can’t believe no one had the nerve to mention this during QA when the game originally came out on mobile phones long ago. 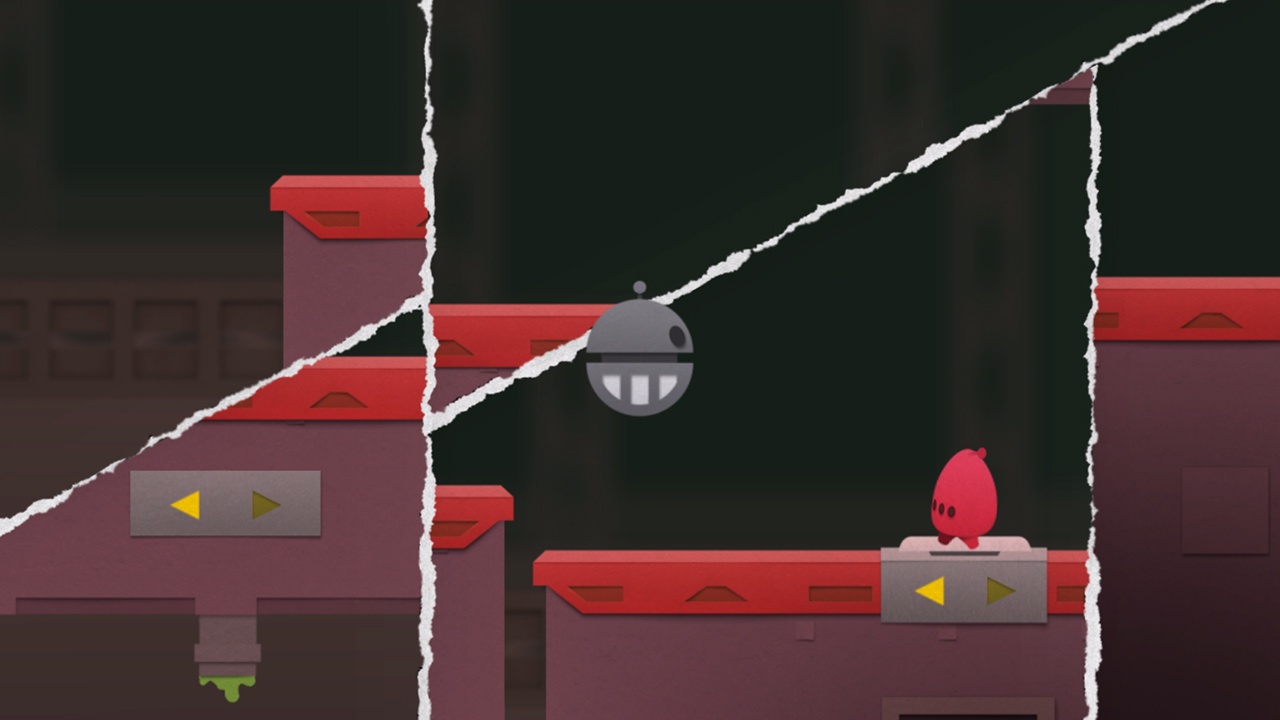 The only downsides to the game are the lack of replayability and the ending. The final level is little more than a sliding block puzzle that you can bang out in under three minutes and then that’s it. There’s no time limit for any of it, so the unhurried pace of the game doesn’t lend itself to making the players wholly invested or necessarily connected to the plight of the Critters. So when you get everything done…that’s really it. While that is the general target of most games, having a puzzle game that can be totally finished in under two hours with no star system or targets or even achievements can detract from the “gamer” market.

Still, at the end of the day, Splitter Critters is fun, charming and a decent use of a little bit of your time. It does give some interesting approaches to critical thinking and problem solving, so this could even be a great logical learning tool for children. Just know what you’re getting yourself into, and don’t anticipate a massive, sweeping experience.