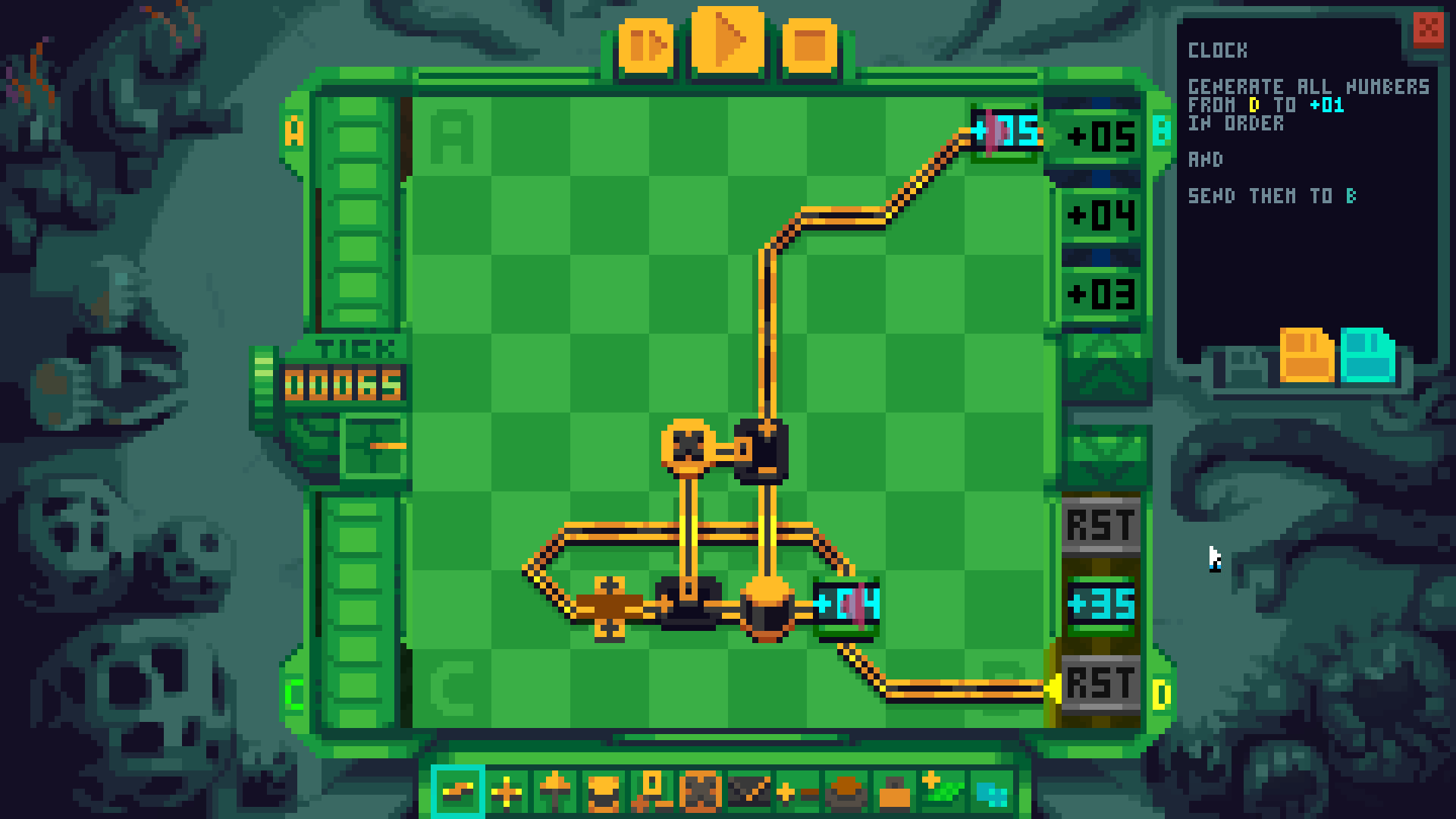 Prime Mover is a game about solving problems, problems which you solve by designing circuit boards that deliver inputs to their destination in the correct order. It’s not a puzzle game in the traditional sense that there is only a single solution for every problem, instead, it’s an open-ended puzzle game that allows players to come up with their own solutions and optimize them.

Personally, I’ve never been a fan of puzzle games, but games from Zachtronics such as TIS-100, Opus Magnum, and SpaceChem, were always something that really got my interest. With that said, I was really surprised when I first heard about Prime Mover, as the game seemingly came out of nowhere for me, and after playing it, the game really feels like it could’ve been made by Zachtronics, and if someone was to tell me that it was, I wouldn’t doubt it for a second.

As someone who very rarely plays puzzle games, I must say that Prime Mover really nails its pacing, and that is sure to please both veterans and newcomers to the genre. At the beginning, you’ll just find yourself connecting the four terminals that produce the input values that you need to deliver properly, but as you proceed to later levels, the game gradually introduces new tools that you can use in order to overcome new challenges and come up with the most effective circuit board that you possibly can. Still, while the pacing is rather nice at first, once you’re done with the introductions to the game’s mechanics, the difficulty really ramps up, and I have a feeling that some people might give up when they reach this point, so no matter how good this game is, it might not be for everyone. 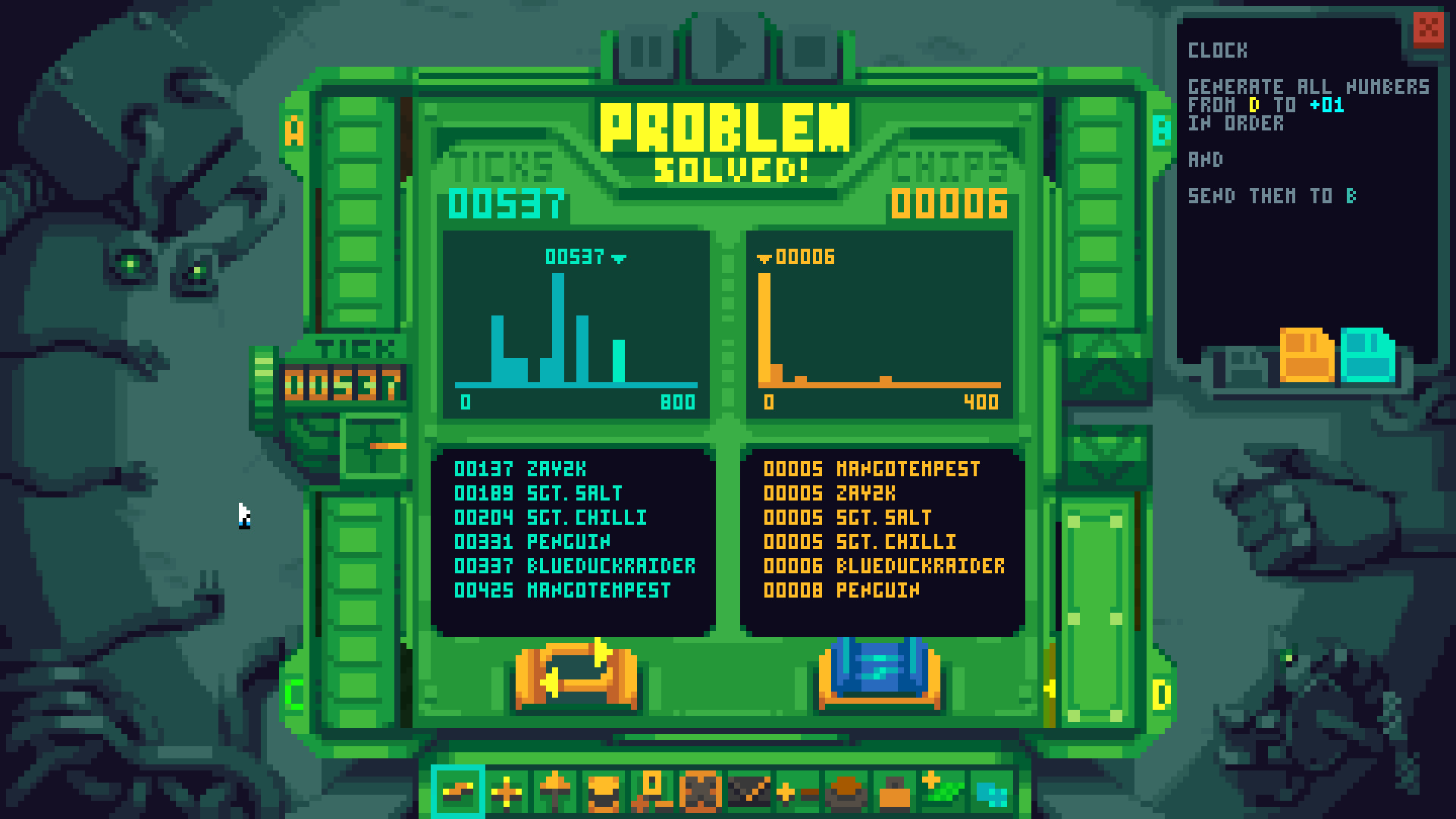 While the goal on each level tends to vary, the main idea is that you need to allocate all the inputs to their corresponding outputs, even if sometimes there are leftover inputs that you need to erase in order to successfully complete the level. Victory conditions get progressively harder and harder the further you are into the game, and not only do you find yourself having to use the various gadgets at your disposal, but you’ll also come across some levels where there are parts of the circuit board which are damaged, thus forcing you to play around with the limited space that you’re given. You’ll also find yourself designing this game’s equivalent of functions, in the sense that you can design a board that will be placed in a single tile on the main board.

The game might be rather complex and challenging in terms of its puzzles, but as far as gameplay and the way that you interact with the game goes, Prime Mover couldn’t possibly be any simpler. Essentially, all you do is select what you want to use on the circuit board, and then click and drag if you want to make a path through the circuit board grid. In case you want to revert anything or delete something that you’ve placed, all you have to do is right-click. Finally, very much in the same way, some tools can be rotated or have their function changed or toggled by simply clicking on them.

The story usually isn’t what puzzle games really focus on, but I find the approach that Prime Mover took to be rather fitting given the game’s setting and overall theme. The game’s story is delivered through these really short cutscenes every time you proceed to a new chapter, but you can only try to figure out what you’re really seeing, as the game doesn’t really offer any clues in that aspect. The most surprising thing about this is the fact that these cutscenes have alien subtitles, so you can’t really understand what the game is saying if it’s saying anything for that matter. Still, I haven’t managed to beat the game yet, so it could be that by the end of it you’d learn how to decipher those. 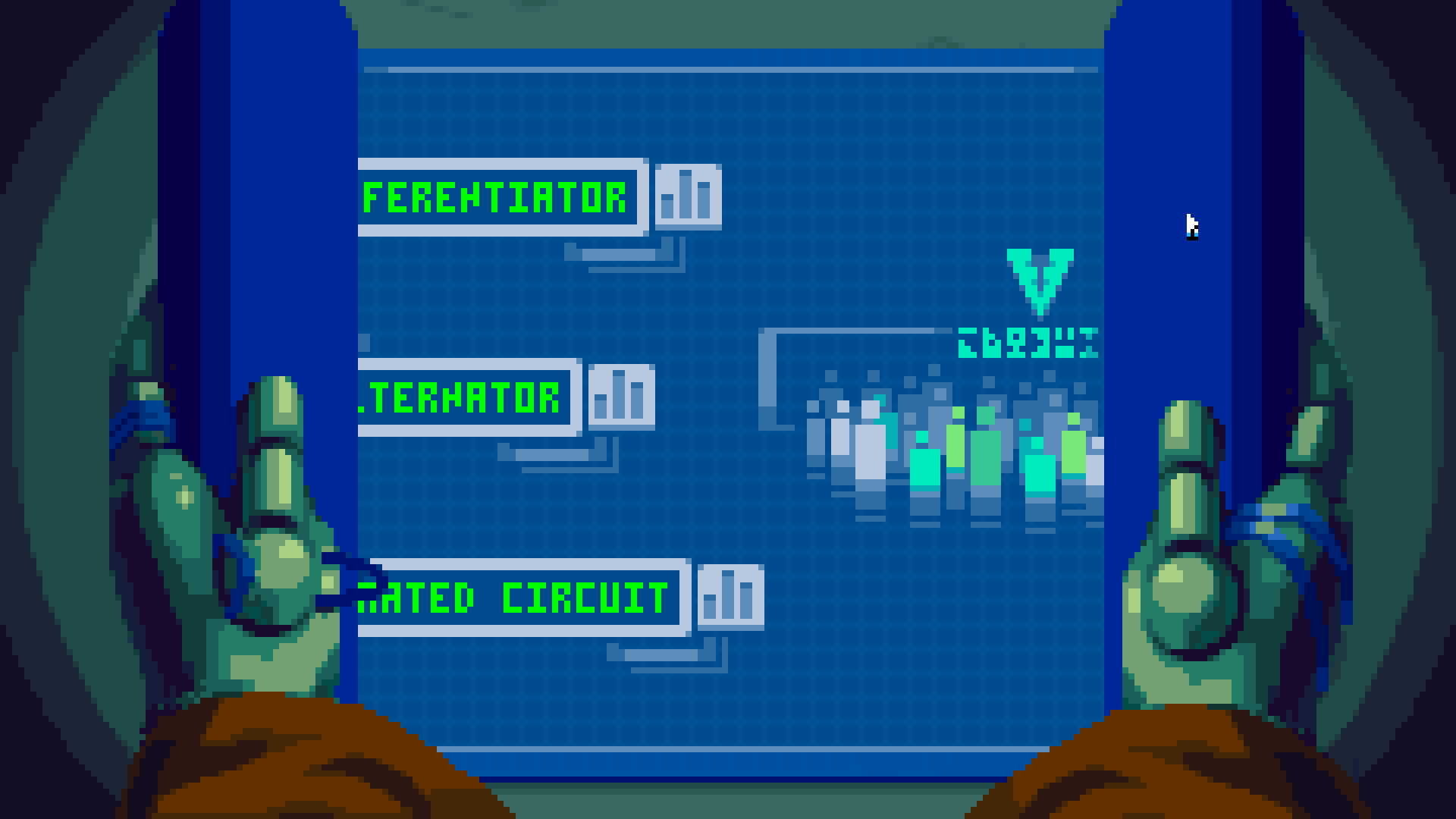 I’ve seen a lot of people complaining about the way that the game looks, but personally, I’m a huge fan of the pixel art that can be seen here. The old look fits the game’s setting rather nicely, and the game’s soundtrack also isn’t anything short of amazing. The music in Prime Mover is extremely soothing and mesmerizing, and it’s actually composed by Jonathan Geer, who also composed the music for the indie hit Owlboy.

At the end of the day, Prime Mover is a really compelling puzzle game that will surely please fans of the genre. The junction of a series of extremely well thought and challenging puzzles with no predetermined fixed solution, and the simplicity in its design and controls, are only a testament to how great this game is.