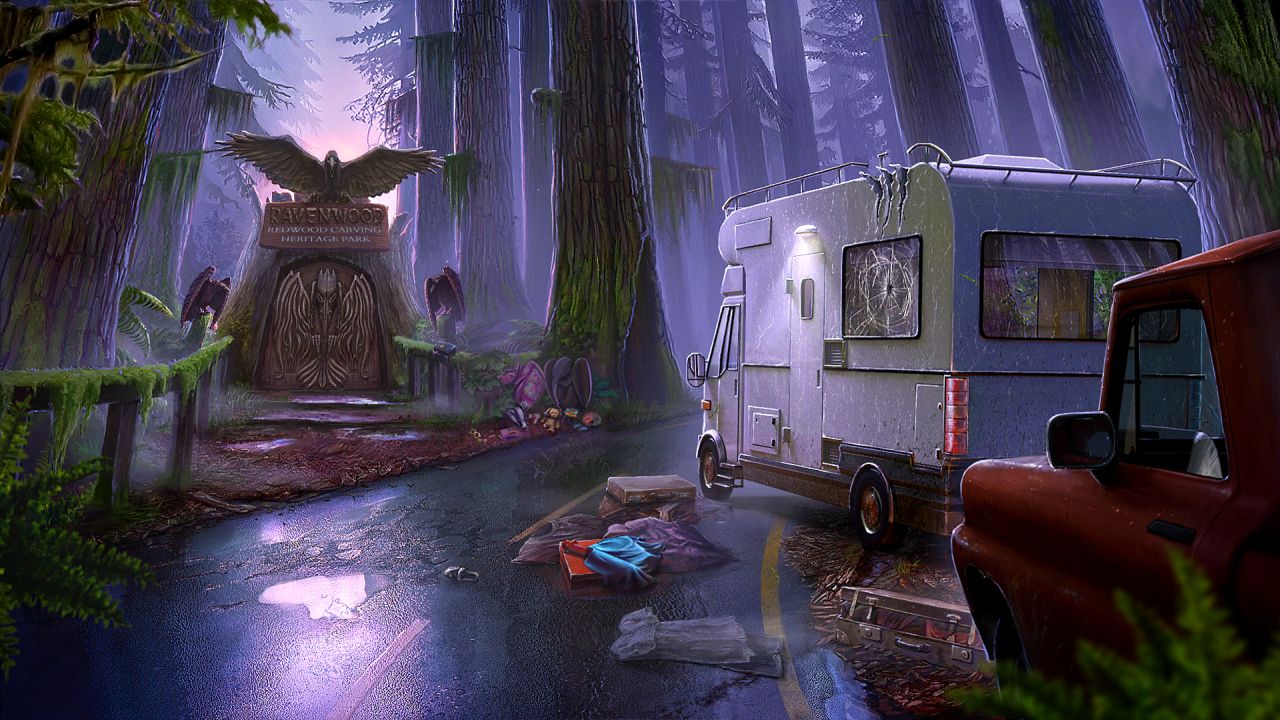 The genre of point-and-click adventures can be a bit hit-and-miss at the best of times. From my experience they either contain lacklustre stories, clunky mechanics or puzzles that have ridiculous solutions. Of course there are exceptions to the rule. Take The Secret of Monkey Island or Grim Fandango for instance, both of which have become classics in their own right. The latest adventure to point our way in the right direction is Artifex Mundi’s Enigmatis 2: The Mists of Ravenwood as it releases upon the Nintendo Switch.

The events of this game follow on from Enigmatis: The Ghosts of Maple Creek, although it’s not essential to have played this game before embarking on your new adventure. Take it from me as I never played the first series either. Taking place a year after the first events, you play as a detective on the trail of a demonic preacher who always remains one step ahead of you. After a series of strange disappearances around the Redwood forests of North Carolina, you embark on an investigation to uncover the truths behind the disappearances and, hopefully, find a link to put you back on the trail of your past foe.

However, as you drive along the highway through the density of the forest, you come across an abandoned motorhome. Although there are no signs of a road accident, the vehicle bears damage through a series of strange claw-like marks. Nearby lies the gates to Ravenwood Park and as you piece together the scattered fragments from the motorhome, its clues point towards a bigger mystery that lies behind the ominous entrance to the park. What else lingers amongst the enchanting scenery within? Is everybody who they say they are, or are you merely being used as a puppet for a sinister force? Or, does the park contain the key to resolving the case from one year previous? 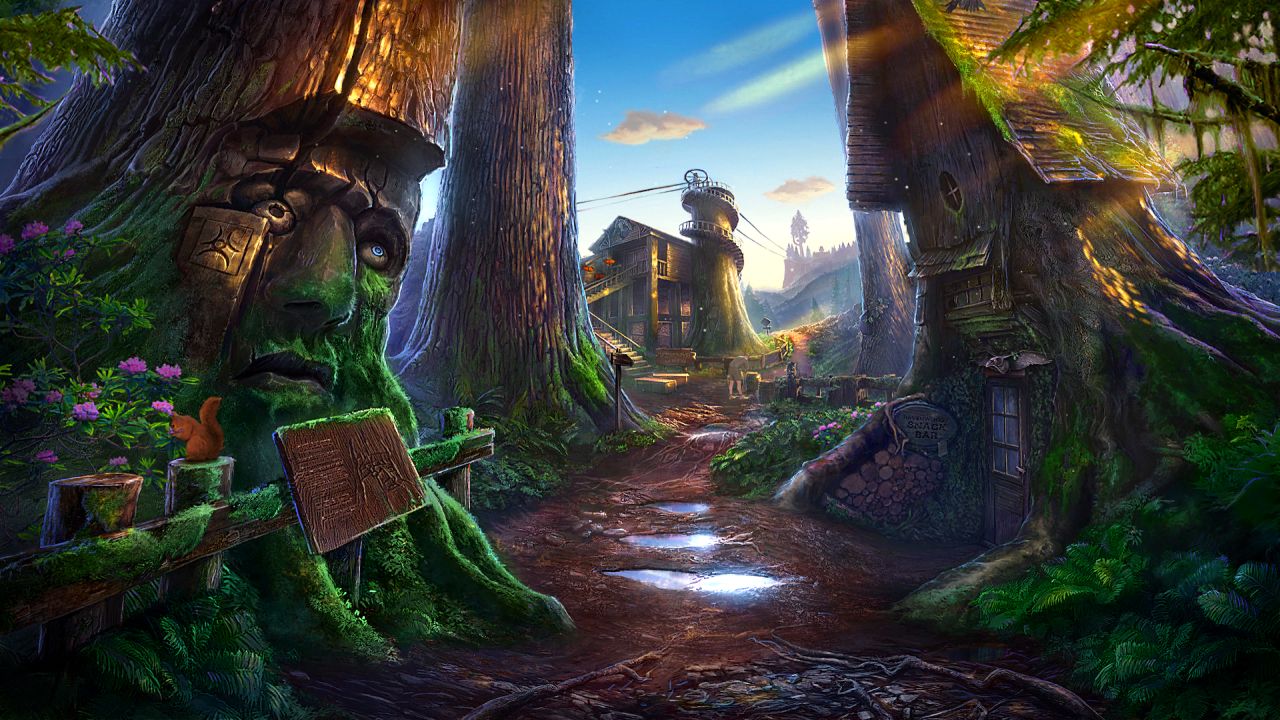 Although the game is primarily a point-and-click adventure, a series of other mechanics makes Enigmatis 2 stand out from the crowd. As with similar games within its genre, the main presentation revolves around various backdrops of 2D sceneries that house a number of secrets, items and clues that need to be found in order to advance. However, Enigmatis 2 seamlessly blends in secondary windows, video footage, narratives with answer choices and a variety of interesting puzzles. These all add to produce a variety to the presentation and gameplay of the title, as well as offer a different variation on the themes often associated with the genre.

Whatever mode of play or style of presentation that Enigmatis 2 is displaying, it all runs super smoothly and plays sublimely. Each of the puzzles are interesting to solve, with none of them being over-challenging and actually a joy to complete. There’s a massive variety of them too that are distinctly different to each other; although similarities may occur in their mechanic or execution. Another interesting feature of the game is an investigation board upon where you stick photographs and evidence to help proceed in the case. It’s a clever addition that really helps in delivering the detective role of your main character. As well as these elements, you also have access to the gratuitous map, diary and item list should you need them.

The story, plot and themes within Enigmatis 2 are superbly done here, with a gripping storyline that keeps you invested within the gameplay. Although the main premise involves investigating the disappearance of a family, various other plotlines open up to you as you play, creating a whole host of concurrently running stories and objectives that need to accomplished or looked into. Despite these new lines of enquiry, none of the game’s elements ever feel too much or overcrowded, which promotes an ease of play that allows you to enjoy the overall experience that the game has to offer. 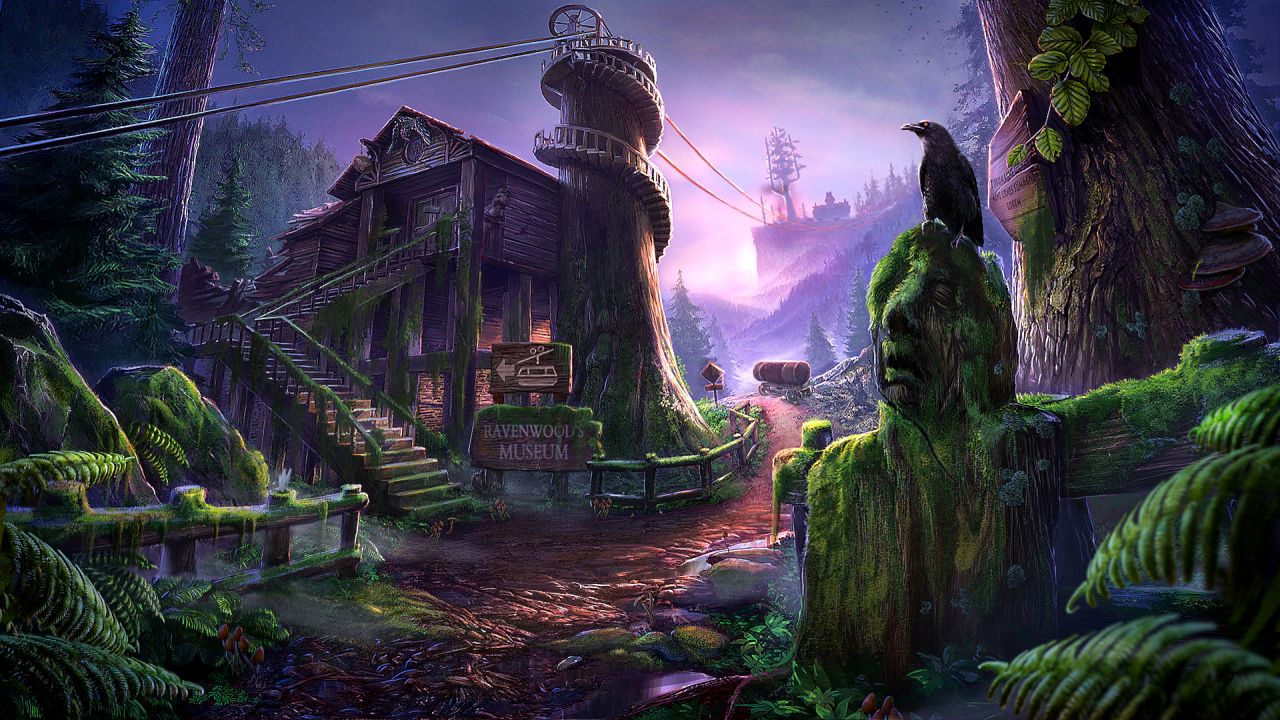 The main content revolving around your case is a very dark one indeed; dealing with mass murder, demonic sacrifice, haunting characters and supernatural activity and occurrences. This is by no means a game for children with its haunting imagery and murderous themes. There are even some cleverly implemented jump-scares that caught me by surprise; with one particularly scene looking unbelievably realistic in its execution. Again, this adds a nice layer to the point-and-click mechanic of the game, offering the average player an enthralling and immersive experience.

The visual and audio qualities are also of a very high standard, with some beautifully crafted and visually pleasing static and cut-scenes to investigate. Nothing is too fiendish to find amongst the backdrops of your locations and everything that I encountered made sense in the order of construction or usage to advance the plot. It isn’t just about finding hidden items either, as there are many things going on at any time that can be investigated or utilised to bring a further element of playability to the proceedings.

Overall, Enigmatis 2: The Mists of Ravenwood offers a top-notch experience in the genre of point-and-click adventures. Nothing here is overly-complicated, too difficult or game stopping through frustrating mechanics. It’s no walk-in-the-park though either and the developers have created just the right amount of balance in the game’s overall execution. With superb locations that are beautifully drawn to seamless transitions of video, narratives and secondary windows, there is plenty here to feast your eyes upon. Although not overly scary, there are a couple of surprises in there which do genuinely work in their chillingness and the overall story around the supernatural is one that grabs you and pulls you in to its uncomfortable settings. This is a nice game that can be played easily in a casual context, there’s nothing too hectic or demanding and offers a nice pace. However, as with the majority of games within its genre, this is a title that can’t escape a limited life span with its longevity, although this title does contain a secondary story that can be accessed upon completion; thus prolonging its overall life. All in all, this is a game that sits nicely upon the Nintendo Switch and is definitely worth a purchase if you’re looking for a good example of point-and-click adventures.