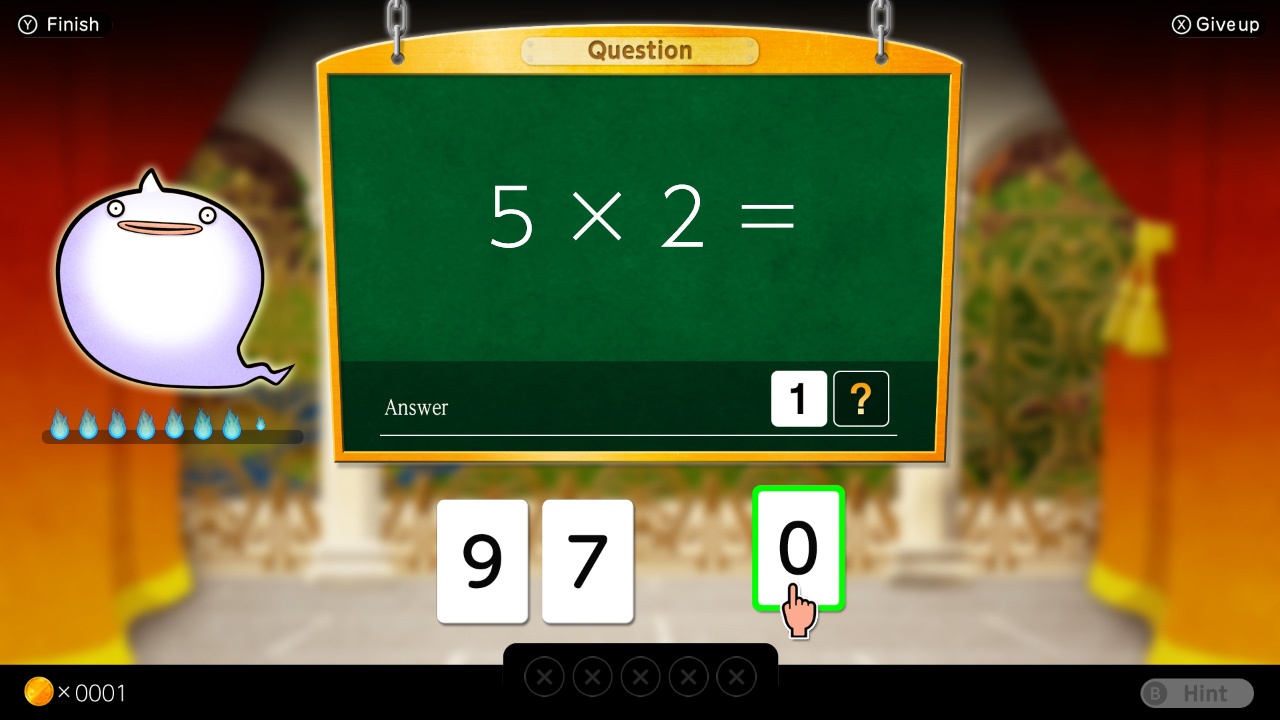 For this review, we’ll look at Calculation Castle: Greco’s Challenge “Multiplication”. The game involves making your way from the ground floor of Greco’s castle, a vampiric character, and ascending over a series of four floors to reach the top of the castle where you’ll face off with the young immortal. Each floor comprises of six challenging and varying levels, with the top tier presenting you four quests, including the final boss battle and a bonus secret room upon completion.

Each of the levels incorporate an element of mathematics in their solution over two different styles of games. The first requires you to battle Greco’s henchmen, which come in the form of ghosts that contain a number of lives. In order to advance, you are presented with a series of mathematical sums, in this case multiplication, and with each correct answer given, the ghost loses one of his lives. Successfully defeat the ghost and you move onto the next level. The second stage of the gameplay presents you with a door that contains a number of locks. Again, you are presented with a series of mathematical questions; the answers of which make up the combination code for each of the locks. Successfully unlocking each of them, opens up the door that allows you to move onto the next stage where you face off against another of Graco’s henchmen. 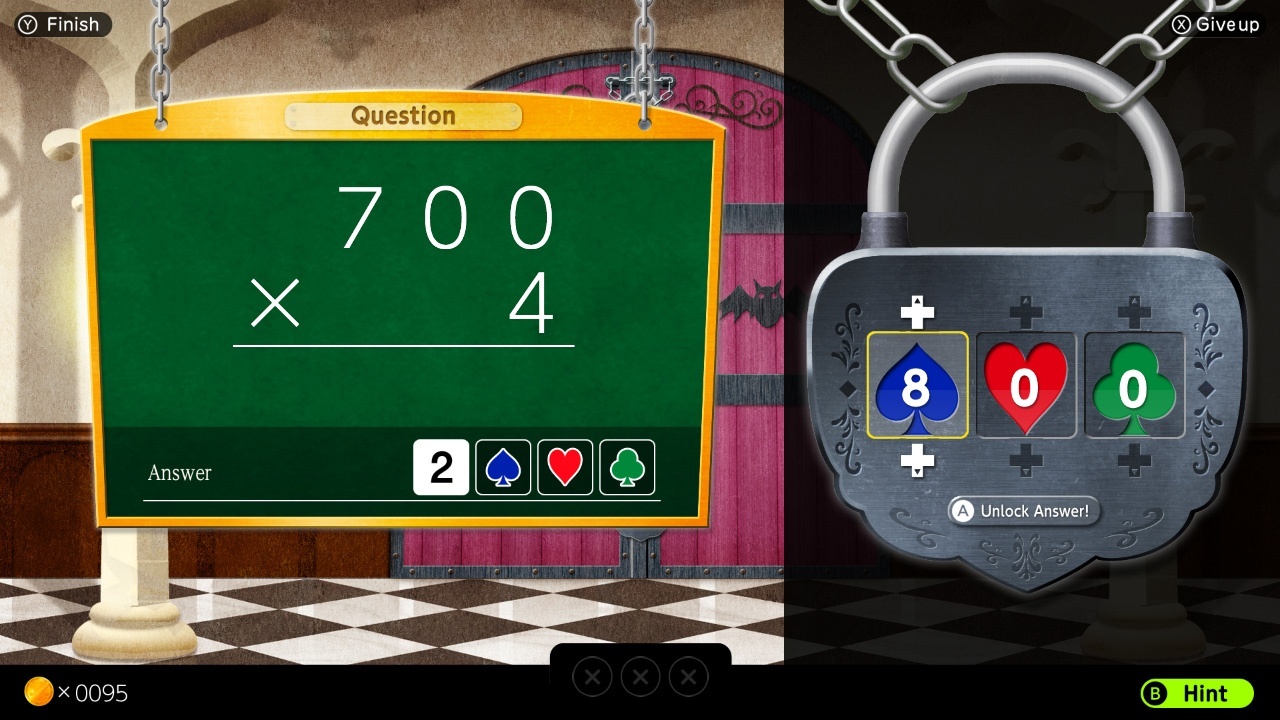 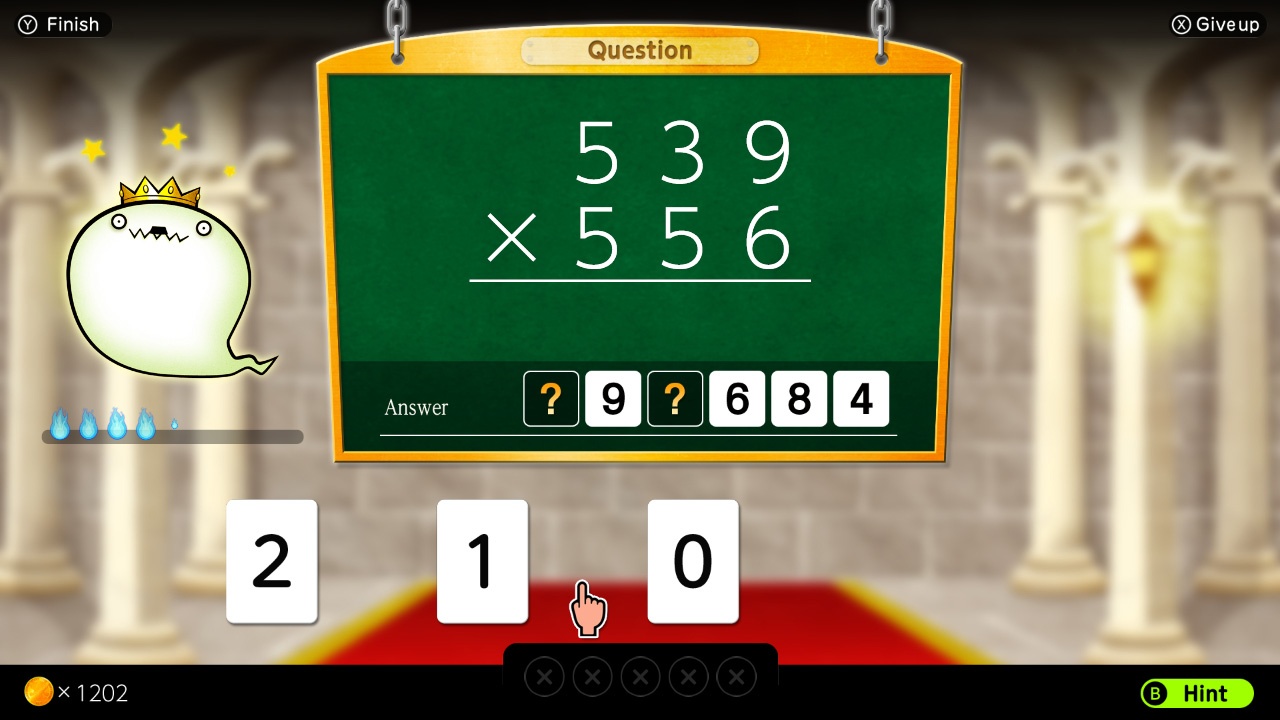 As a bystander, observing, I can tell you that my eight year old was kept amused for an easy couple of hours as he played through the game; asking me to play the games again the next day and the one following that; and so on and so forth. I can easily say that Calculation Castle entertained, educated and informed through gameplay, often creating much excitement with the correct solutions, beating the henchmen, unlocking locks and finding bonus stage levels; even the need to go back and replay certain levels in order to accrue coins did not deter from the fun that was had with his title. Compared to the addition and subtraction episodes within the series, I can say that this multiplication task presented a far more, sterner challenge, but also presents a game that can easily be grown into.

For that alone, this is a game that easily succeeds in what it sets out to achieve and if, like me, you’d rather your child was playing games with an educational value then Calculation Castle is a good option. However, obtaining the full collection of four games can work out quite a costly exercise, do the maths, or get your child to do it. However, for pure parenting value and educational quality, it can work out to be money well spent. If you’re looking for a game that bring you and your child together, educate, inform and provide entertainment for the both of you, then Calculation Castle: Greco’s Challenge “Multiplication” will simply provide that for you. It’s simple mathematics, really!