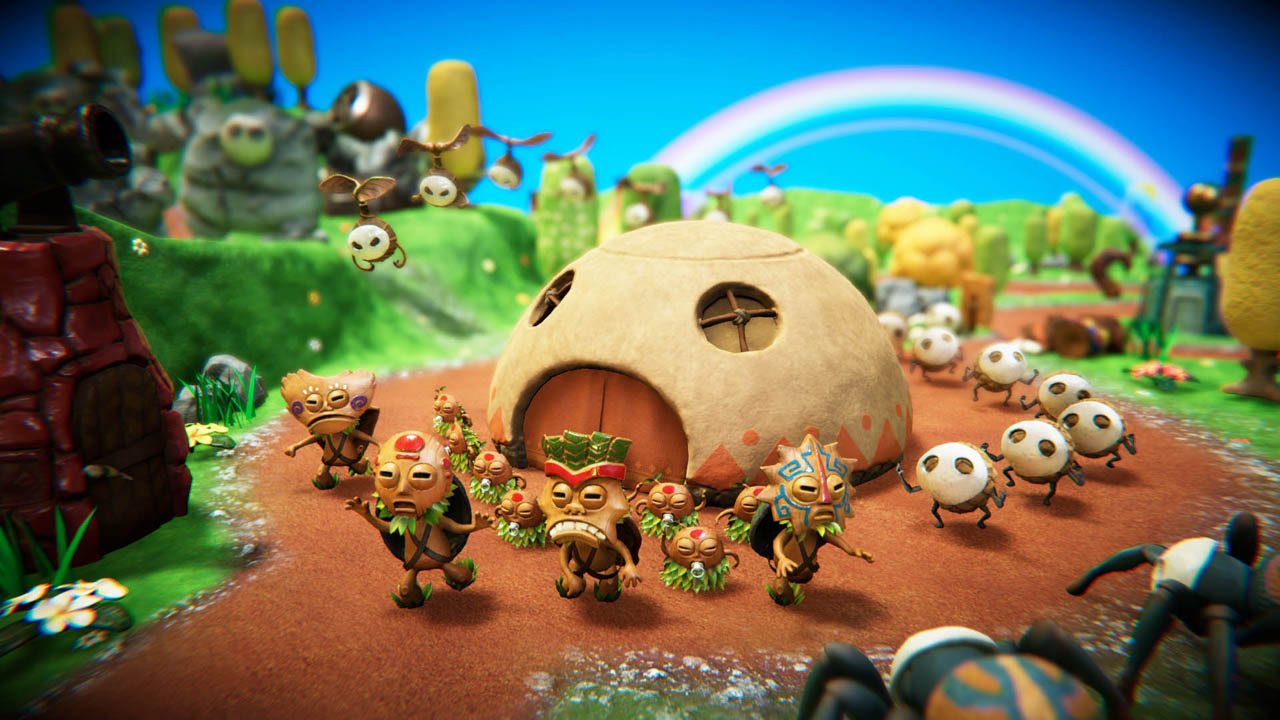 You know that feeling when something just feels right. You know, like when you’ve met the girl, or boy, of your dreams, or when you hold a particular model of joypad in your hands for the first time. Whatever it is, you just seem to know that it feels right. Well, that’s the exact same feeling I got when I played Q-Games’ PixelJunk Monsters 2 with its release upon the Nintendo Switch.

It’s no secret that one of my least favourite genres within gaming, is that of the tower-defence variety. Although they can provide an element of fun, especially in a casual capacity, the similarities in their mechanics, across multiple platforms and titles, have never offered me enough variety to think, ‘You know what? This is a game I could play forever.’ However, with PixelJunk Monsters 2, all that could be about to change. Yes, it is a tower defence game. Yes, it contains all the same ingredients and mechanics as similar games before it. But this game is different. This game just, well, feels right.

The game puts you in the character of Tikiman, a tribal-type being who is tasked with protecting his Tiki Hut and twenty Chibis, small, cutesy tribesmen, from an invading horde of creepy crawlies. Viewed from an overhead perspective, you set off to lay a series of towers along a pre-determined route to stop the attackers in their tracks. However, don’t be fooled by the guiding arrows that show you the projected path that the various creatures will take. With any number of pathways on offer, the different waves of invaders can change their planned journey at any time, catching you off guard and potentially, losing you some of your valuable Chibis. 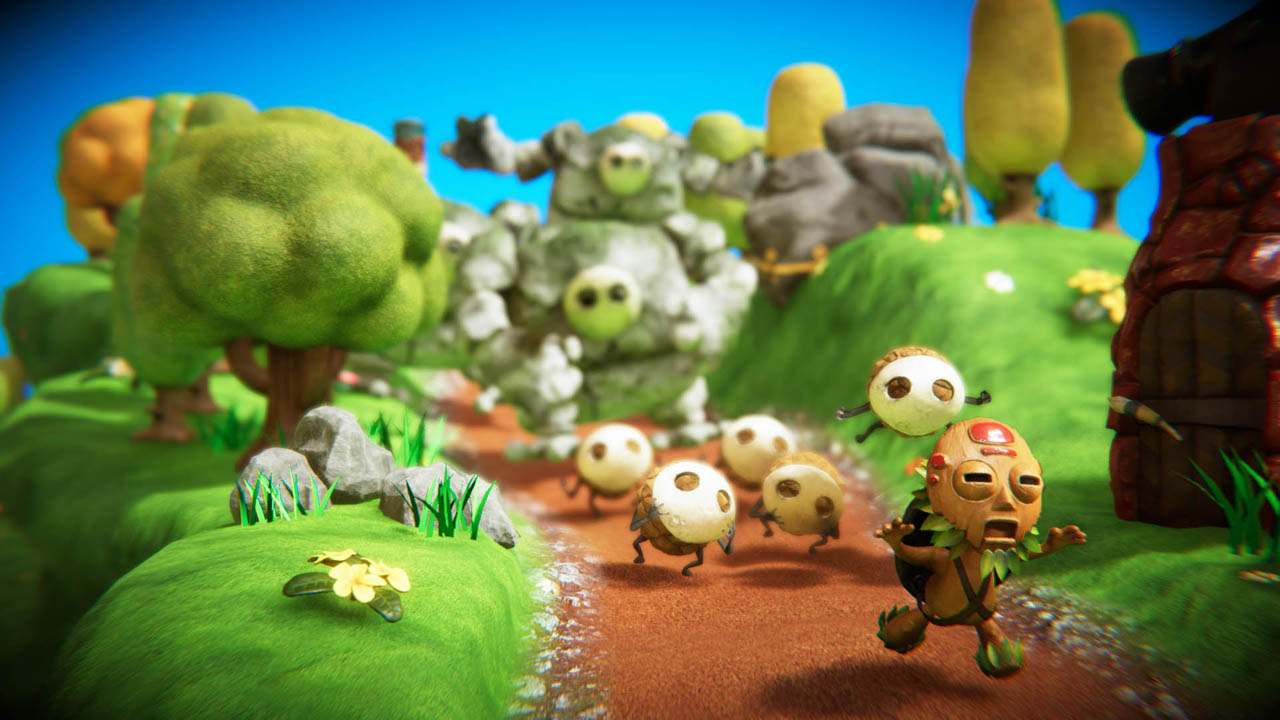 PixelJunk uses the same mechanics as other tower-defence games. For example, building a variety of towers using limited resources, upgrading them to make them stronger and placing them strategically, so as to gain the most effective use of their capabilities. Each level sees you start off with a limited number of coins, allowing you to build your first choice of towers. Not before long, the first waves of enemies begin their journey and with each successful disposal, the bugs drop a variety of coins and gems which you can use to build more towers or reinforce the ones you already have.

It’s a simple premise, but one that certainly keeps you on your toes; at least, where PixelJunk Monsters is concerned. Each wave of enemies can spawn a variety of species, from small bugs, spiders, flying creatures and large, statuesque, golems. To combat this, you can call upon a variance in the style of towers you can build. These range from towers that can target ground, or air, targets specifically, or other varieties that can target both. However, each one have their own strengths and weaknesses against certain enemy types, so trying to achieve a good balance between them is vital if you want to succeed.

The more gold and gems you acquire, the more towers you can build or the further you can strengthen existing ones by upgrading their levels. Each tower has a different purchase value, so you can only build what your current funds allow. Gems can also be used towards building costs, but can also be traded in for upgrades. However, should you find yourself short on gems, then towers can also be upgraded by performing a little dance when standing next to them; although, the time taken to achieve this is considerably longer and time isn’t always a luxury you can afford. 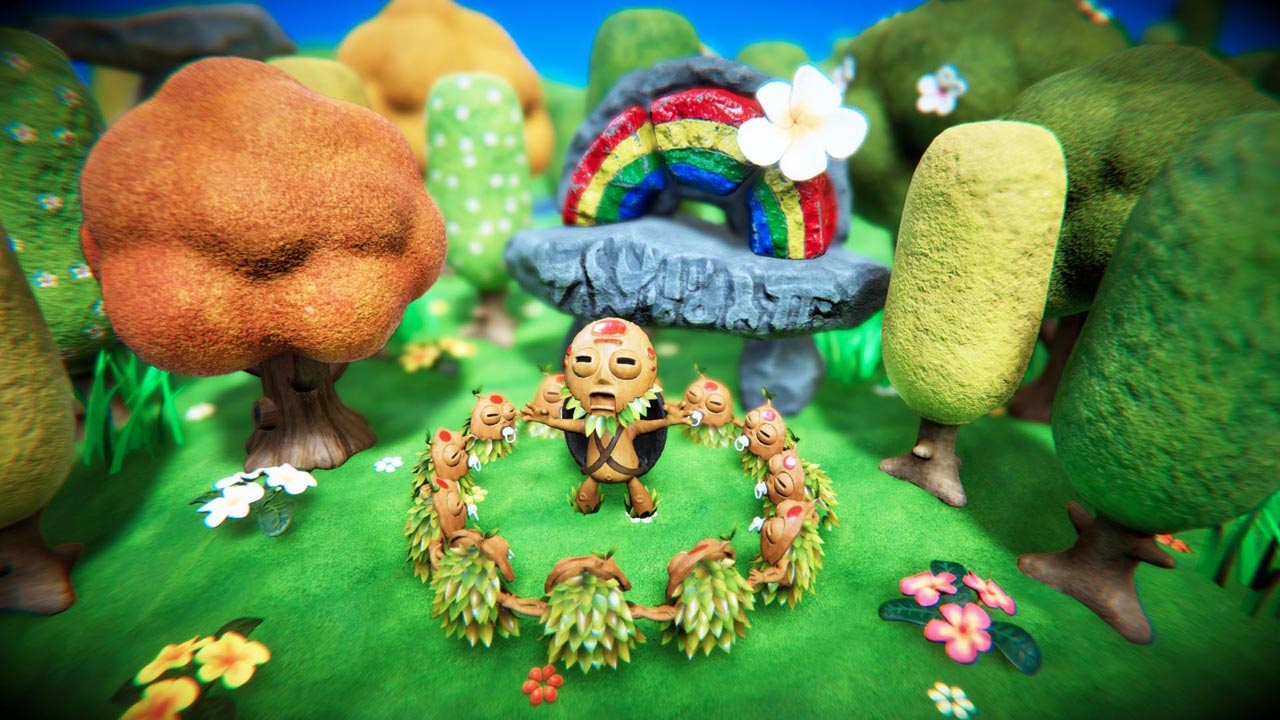 Your main objective here, is to achieve a perfect score by keeping all of your Chibis alive. Doing so will award you a rainbow piece, one for each of the three difficulty levels. Collecting these becomes a vital element in the gameplay, as they unlock further areas within the game. However, this is a task easier said than done, as the game presents a very solid challenge; although it is also a challenge that is very fair with a good balance between attack and defend. In order to succeed, you need to learn the intricacies of each of your towers capabilities and use them to your best advantage.

The presentation of PixelJunk is absolutely sublime, producing one of the best looking games available on the Switch at present. It’s high-definition graphics are simply beautiful to look at with a vibrancy of colour that truly dazzles, especially with the game’s other camera option of an over-the-shoulder view from behind the Tikiman. It really brings you closer to the action, although I found no tactical advantage to using this view; it’s purely aesthetical, but to a jaw-dropping effect. Sounds and animations are also top-quality, as is the control scheme which produce a very tight and easy-to-use mechanic.

Overall, PixelJunk Monsters 2 is an absolute master-class in how the genre of Tower-defence should be executed. Everything about it just feels right: The level of balance in its difficulty, the responsiveness of its control schemes and the presentational values that simply wow! It all adds to produce a title that is most definitely at the top of its game. It’s instantly accessible and also gently eases you in. Add in its capabilities of local and online multiplayer, for up to four players, then you are presented with a game that contains a wealth of replayability values. If, like me, you have become disillusioned with the tower-defence genre, then this title will definitely restore your faith in it. If you’ve never played a game within its genre before, then this is the ideal place to start, since you’ll never need to play another tower-defence game again. Quite simply, this is a game that had me thinking: ‘You know what? This is a game I could I play forever.’ High praise indeed, especially coming from me.