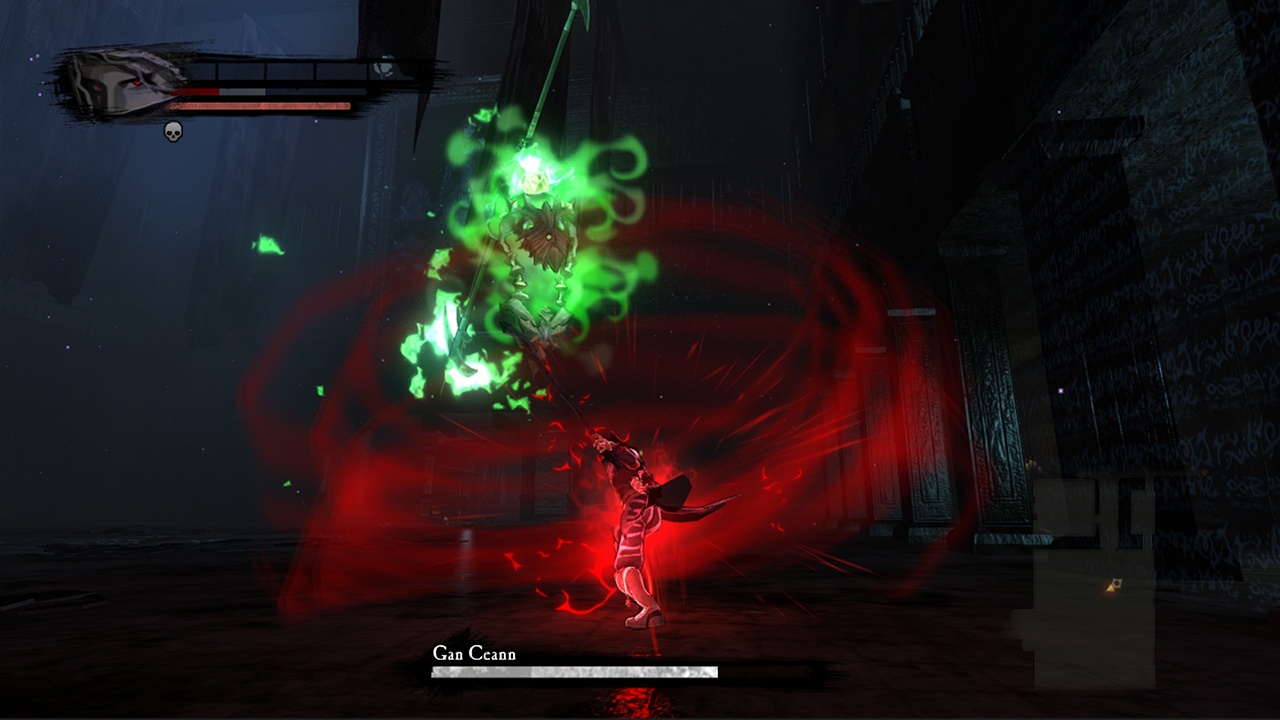 The Anima franchise is to Spain, what Pokemon is to America. It started life as a table-top role-player within the Beyond Fantasy series and although I had heard of it, I had never really learned what it was all about. Well, all that about to change, as Anima: Gate of Memories – Arcane Edition gets a release upon the Nintendo Switch. Developed by the Anima Project, with publishing through Badland Games, this crowd-funded indie bears the fruits of several elements of gameplay mechanics, as well as a lovingly crafted similarity to some of the best known games within its genre.

Essentially an action-rpg, this game boasts two titles within one tidy package. Not only do you get Anima: Gate of Memories, but you also have its sequel The Nameless Chronicles bundled in as well; a total of gameplay adventuring that can easily last in excess of sixty hours and that isn’t a bad return for your hard-earned money. Although set within the lore of its table-topped roots, this title stands alone; meaning that you don’t need any prior knowledge of its worlds before you play the series of games on offer here.

The story of Gate of Memories revolves around two characters; the bearer and Ergo. As recruits for the secret order of Nathaniel, an ancient order of protectors against the darkness, their task is to recover an old artefact, the Byblos, which has been stolen by The Red Lady, a renegade member of Nathaniel. After a series of events in the pursuit of their target, the two of them soon find themselves swallowed by the light, eventually leading them to the discovery of something much darker at play, as they begin to fight a war within the shadows of existence. 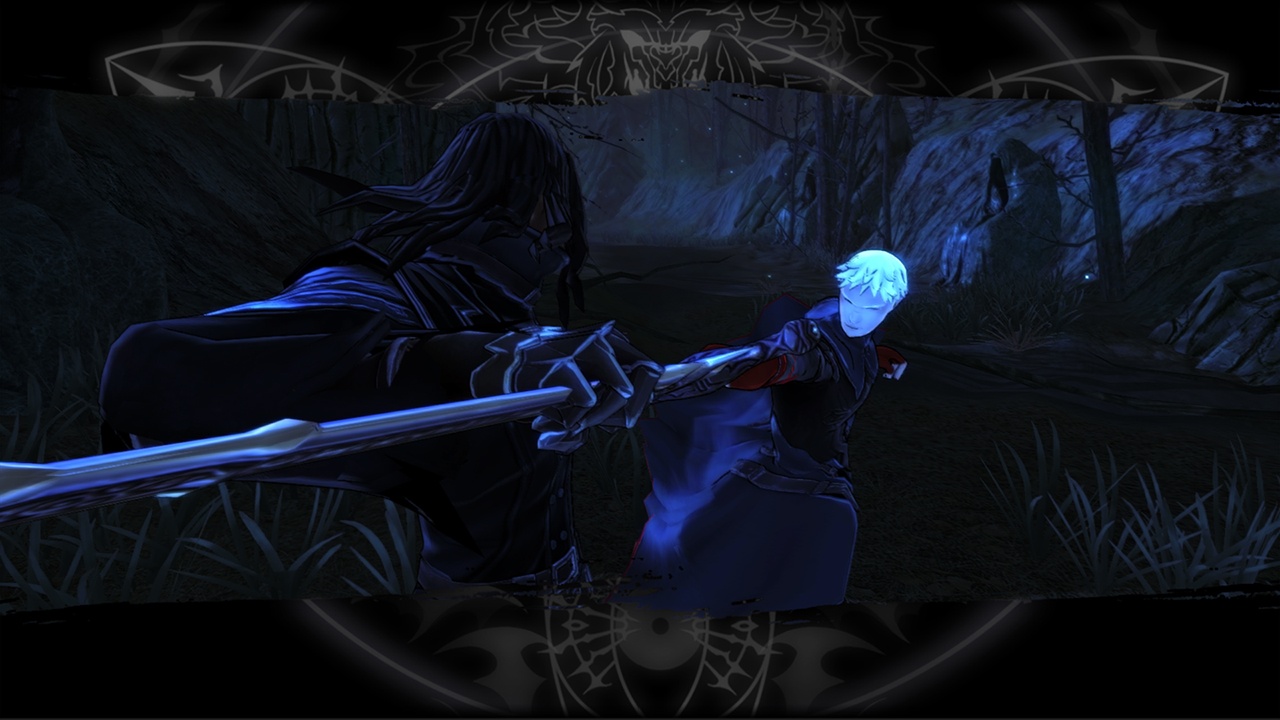 At first play, you may be forgiven for thinking that this title is nothing but a hack-and-slash. However, as you progress, that game opens itself up to you, bringing with it a number of elements that expands the mechanics of its gameplay. The worlds around you become semi-opened; meaning that some sections contains linear paths, whilst others open up to expansive landscapes that need to be explored in order to unlock its secrets or solve some its puzzles. A role-playing element of levelling up, through branches on a skill tree, becomes available, allowing you to equip your characters with a series of weaponry and powers and the viewpoints in which you play, zooming in-and-out and switching between third-person and 2D platforming sections, vary the playstyles that are required from the player. It all adds up to a presentation and gameplay feel that is very reminiscent of the Bayonetta and Nier series of games.

Although not available at first, the game reaches a point in which you can switch between characters at any time; the Bearer being a female protagonist who is very agile and Ergo, a brutish man who takes a more aggressive stance. This adds a touch of variety to the gameplay, but also becomes an important element when dealing with certain enemies or boss fights, that require certain attacks from relevant characters when dealing with their disposal. There are a variety of enemy types, especially with boss encounters that come quite frequently within the game and possess the biggest challenges.

These provide a decent challenge within the game; albeit sometimes seemingly unfair but with careful observation, weaknesses can make themselves available to you. Two particular highlights were one boss who reverses your control scheme and another who possesses two health bars, one that only Ergo can diminish and vice versa. However, both need to be whittled down at the same time. It’s the elements like these within the gameplay that adds an air of urgency and excitement to the combat sections within the game.

The second title, The Nameless Chronicles, follows the story of a man with no name. Being immortal, he is damned to walk the world of Gaia for eternity until the shadows of his past reveal themselves to him; forcing him to partake within a conflict that sees him as the last hope in the question of existence. Being the sequel to Gate of Memories, it’s impossible to give too much away with the story of Nameless without producing spoilers. However, both games play in a similar fashion with elements that are recognisable in either game; although Nameless does incorporate a few new elements, such as the Hand of Tanathos, a combat technique that allows the nameless protagonist to become one with death. 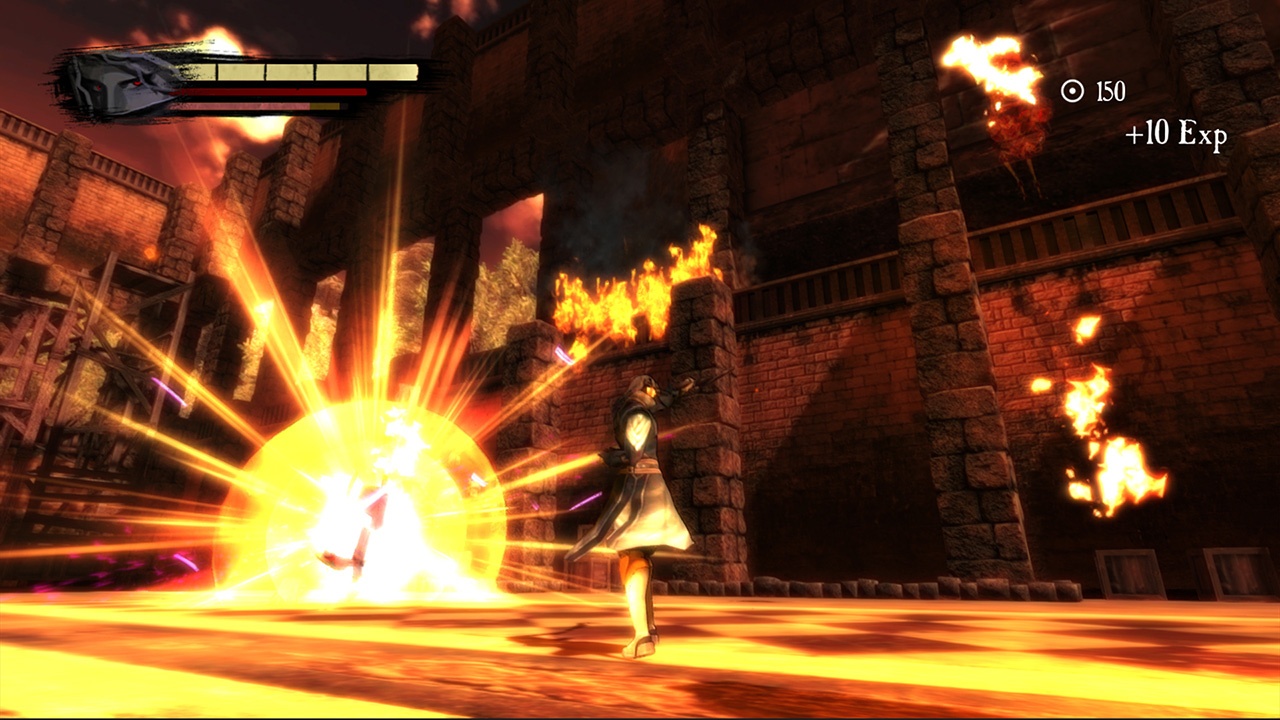 As mentioned earlier, this action-rpg also contains a hack-and-slash element with an emphasis on a combat-driven narrative. You can utilize a series of moves from melee to magical; producing a series of satisfying combos. However, despite some smooth moves, there are also some elements in the combat mechanic that can frustrate slightly too. This becomes prevalent mainly when using magical, or long-range attacks, as when implemented, leave your character frozen to the spot, leaving them vulnerable to attack momentarily; especially when you are fighting more than one enemy. It’s not game-breaking, but is still slightly frustrating in its execution, although a generous amount of life orbs do combat this.

As well as this frustration in some of the game’s combat mechanics, there are also further elements that can detract slightly in the game’s overall presentation. Some of the control schemes can feel slightly clunky, especially so on the Nintendo Switch which reverses the control scheme that you may be used too. It doesn’t frustrate too much, but does take a while to get used too. The voice acting also contains elements that can be puzzling in the way they are delivered; often with some pretty crass humour that really isn’t funny in any way. Despite some criticisms and flaws in the game’s design, they are quite minor really and in no way make the any of the games on offer here, unplayable.

Overall, Anima: Gate of Memories-Arcane Edition provides two fine examples of role-playing adventuring in one neat package. Their stories are very immersive and keep you playing, as well as the exploration of vast landscapes that hold all manner of secrets and clever puzzles in their design. Everything runs particularly smoothly, even when faced with multiple foes and all manner of hell is breaking out, with no slowdowns or stutters present. Some sections do bare the hallmarks of last-generation graphics, but others are simply sublime and are all backed with an orchestrated soundtrack that contains certain similarities to the worlds of the Elder Scrolls. Yes, it does contain a few flaws, but you need to take into account that this is a crowd-funded indie title, and in that respect, presents a very polished experience that really is great fun to play; and that, in itself,  is the overriding element that should be incorporated in any video game.