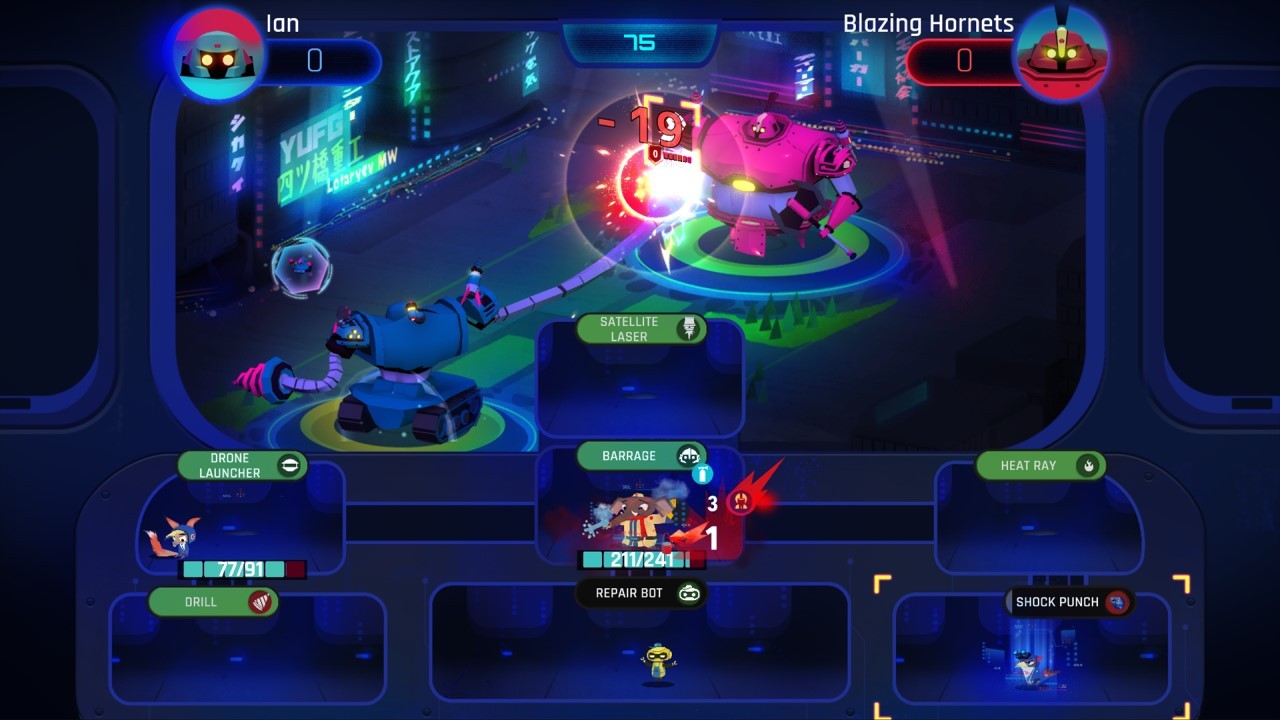 As a child, piloting a mech was always one of those dreams that always seemed so distant. Watching those sellotaped boxes take swings at each other on Robot Wars was a staple of a Sunday night. Gaming allows us to tap into those wildest of desires, allowing us to be who we want to be, no matter how crazy the dream. Volta-X follows a group of like-minded anthropomorphic animals as they work their way up the mech battling league via both a single player campaign and online player battles.

And it could have easily have been an empty shell of a game, a climbing the ranks to victory tale with little else going on, but Volta-X is steeped in lore and story. Each character, each Volta has its own backstory to explore, as well as a main storyline threaded throughout the campaign.

It’s not to say that the storyline will set the world on fire, but playing a bunch of strung together AI battles is far more interesting when paired with a well-written storyline. Learning the hopes, dreams and feelings of each character, give each of our heroes a unique personality too. As well as plenty of robot on robot action, there’s a short but fun set of missions involving Kaijus that add to the history of the Volta robots and the version of Earth our characters live in. There’s plenty of missions too, with more on the way through new seasons and events.

Volta-X is surprisingly deep, steeped in options and things to do, and at first it’s a daunting experience. Fighting your first robot battle sees you drag an attack to a specific area of an enemy, dealing damage to that chosen part. Take out the head and it’s game over – but remember, that goes for any blows to your own robot’s head too. It’s easy to get caught up in this, and for the first few rounds you’ll pile blows into your enemy’s head, hoping for a quick victory. It’s not, however, a guaranteed win, and the more you play, the quicker you realise that Volta-X requires more strategy than you originally thought.

An enemy packing a shield? Focus on that, otherwise your blows elsewhere will do little damage. A robot with a tonne of range based weapons? They might not pack the same punch as melee moves, but they can recharge faster and you can be quickly overwhelmed. Some weapons are designed to start fires on your mech and not putting these out quickly can see you lose weapons and vital equipment quickly. 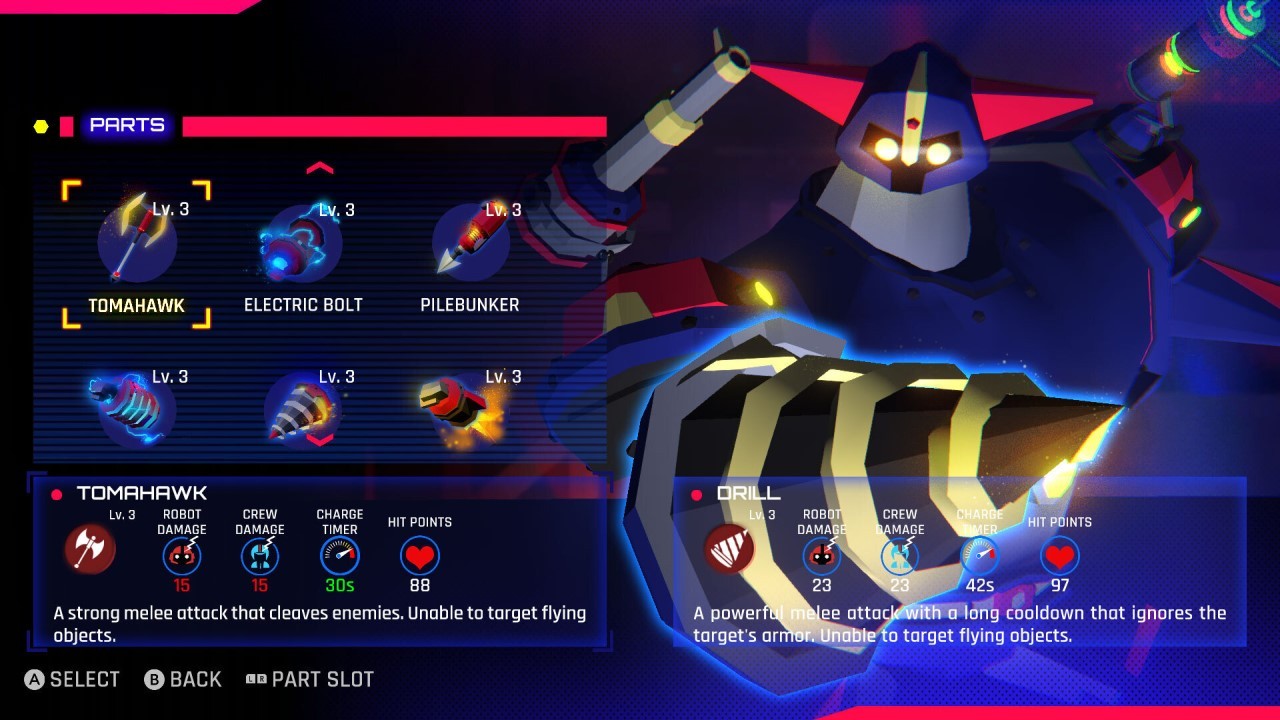 The good news is, your crew is here to help. Moving your members around the mech allows them to repair sections, and leaving them docked in the areas charges your attacks quicker, as well as strengthening it if they’re still there when you launch the specified weapon. Moving your crew is, however, incredibly slow, and amid a heated battle it’s easy to forget that you have a crew member idly sitting around while other parts of your mech crumble in flames. It’s a game of practice; what you find works in one battle might not work for every battle, and it’s about finding a balance that sees you over each hurdle.

It’s certainly an intense game – think sleeper hit Faster Than Light without the achingly gut-wrenching permadeath. Thankfully, there’s a tonne of customisation options to work through, from a load of weapon choices to equipment that makes keeping your crew and your mech alive easier. Winning a round usually gifts you with a piece of new equipment, or at the very least money or crafting materials to upgrade or buy new things.

Winning battles not only gives you new stuff to play with but also levels up your characters’ stats. As if you needed more to manage, each character has a skill tree for you to complete, letting you shape your team however you’d like. Being able to focus certain crew members on, for example, their speed of movement is vital though, as you can spend your points on making your mech work for you.

The promise of future events also brings the promise of new equipment and skins. Like any good online focused game, Volta-X boasts plenty of customisable options outside of the myriad of weapons and tools, including new paint jobs for your robotic beasts. It’s great to see that the game is currently focused on increasing the player base as opposed to making these extras available through micro-transactions.

And while dragging yourself away from fighting robots might be difficult, there’s a base management aspect that’s entirely necessary but woefully underdeveloped. Similar to X-Com, you can add rooms to your underground base, from water butts to bunkers. Adding each room increases the happiness of your crew, and they’re vocal when they want something. The most important aspect of base building is adding rooms that allow you to upgrade and unlock new equipment. 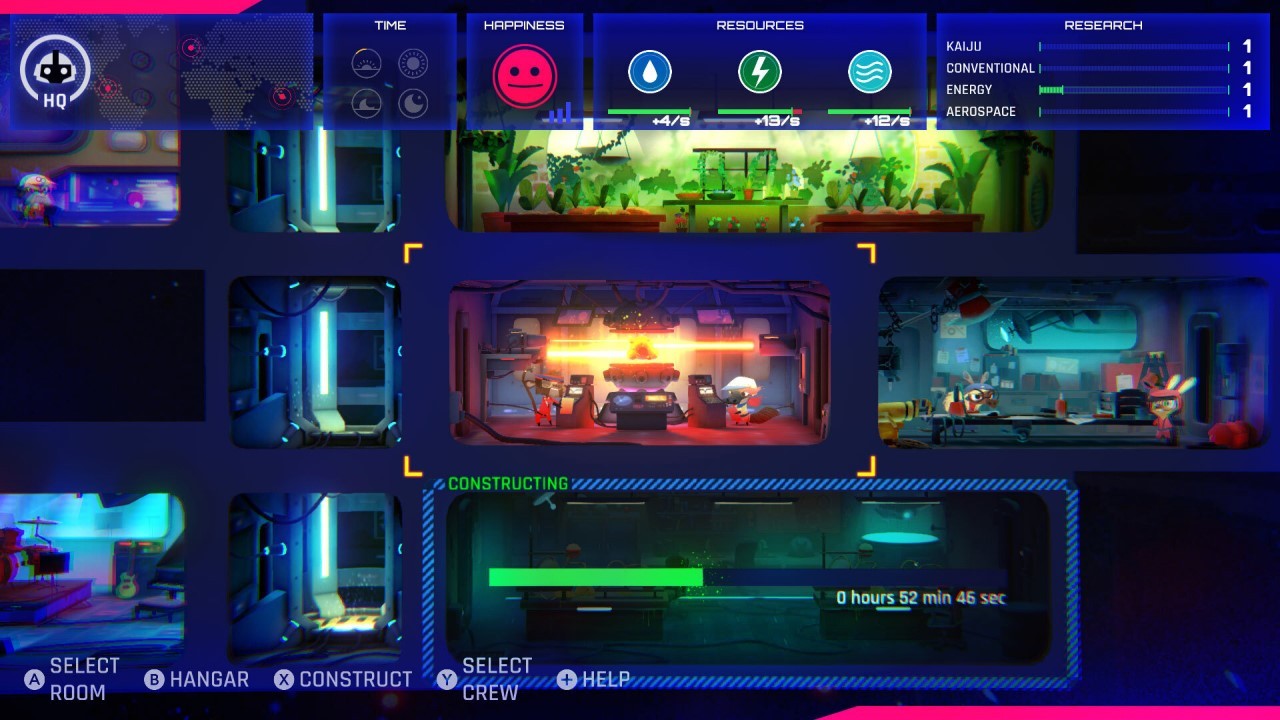 Honestly though, the rest of it is painfully boring. Assigning crew members to move to different areas to sleep, eat etc. just to watch them wander between rooms adds a little to the game’s strategy roots. While happier crew members with a stronger friendship with each other mean they work better overall, it’s hard to care when it almost entirely involves watching them stand idly in different rooms.

So far, I’ve yet to be able to connect to an online match. It’s a shame, but the truth is, with so many free Battle Royales available, it’s hard to see a place for games of this ilk in the modern arena. Fingers crossed, given time the player base will improve and we’ll see a future for Volta-X.

For a while, playing Volta, I wasn’t keen on how it looked – the super cartoony animals made think of a Wish version of Zootopia. After a little while, though, I came to appreciate the game aesthetically as a whole; the bubbly colour pallet and jovial character design are oddly charming, and the robot designs were fun if limited. That being said, a few more environments and backgrounds during battles wouldn’t have gone as amiss, just to spice up the set pieces a little. It’s also a little visually busy – there’s an awful lot going on, and in handheld mode, it can be a struggle to distinguish all the various aspects.

Clearly, connecting to the Internet is a key part of Volta-X, but frustratingly it constantly needs a connection. I often play my Switch while doing other things, and if you let your Switch drop into standby, the game will disconnect and you must wait for it to start up again once back on. It always saves your progress, but needing a constant connection is very annoying and seemingly, pointless.

I really hope Volta-X finds a player base. It’s a great strategy game, and with a little time, it could be a decent base management sim too. Let’s hope that gamers take the punt and give it a chance.

Volta-X is at its best when it focuses on being a great strategy game. The issue is, the simulation aspect of Volta is so undernourished that it knocks the package out of sync.