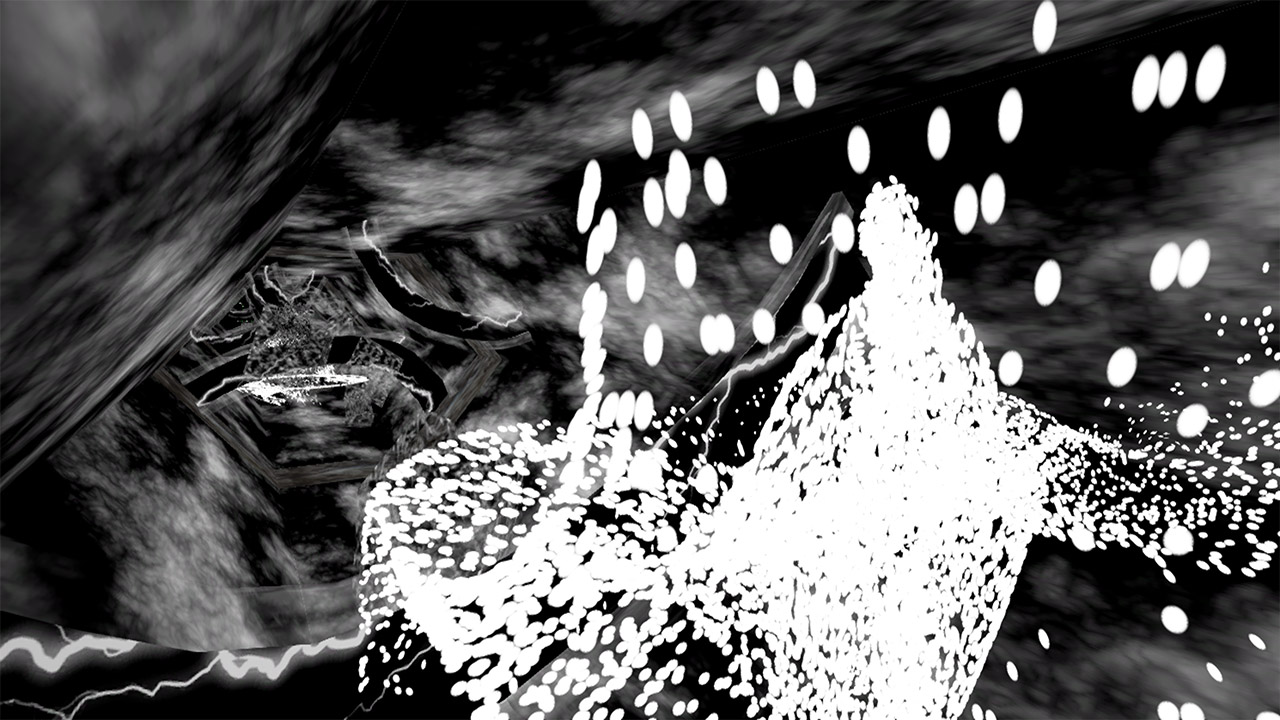 Few months back, PlayStation EU Store’s indie games were divided into three categories: premium indies, standard indies, and mobile-port cash grabs disguising as indie games. However, with time, Sony has progressively began transferring the NA quote-on-quote exclusives onto the European PlayStation Store, and soon enough ,a fourth category of trophy-grinders has emerged. And titles of that particular archetype, while similar in quality to the aforementioned cash grabs, have been designed to entice not just the gullible consumers into purchasing them, but also trophy hunters, in search of a simple platinum.

Trophy grinders, are usually devoid of any meaningful content, and are solely composed of straight-forward gameplay elements, and puzzle-like components, which are designed to allow players to acquire all the trophies within an hour. And while the vast majority of such titles boils down to simple jigsaws, there are some games, just like the recently released Hex Tunnel Touch, which do their best to think outside of the proverbial box, but ultimately, instead of being quick-and-easy trophy grabs, they become literal monstrosities which are simply bad at their best, but downright unplayable at their worse.

Hex Tunnel Touch, in its premise, is incredibly simple. In game, you are tasked to control the camera as it flies through numerous tunnels, while trying to avoid obstacles in form cubes, pyramids, and other three-dimensional shapes. However, unlike other infinite-runners, or tunnel divers, Hex Tunnel Touch does not allow you to control the camera with either of the sticks, but it forces you to move up and down, with R2 and L2, respectively, and bizarrely enough it has you move left to right with the controller’s touch pad. And no, you can’t just hold your finger on either side of the touch pad, you have to sweep over and over again, as a single swipe only moves the camera mere centimeters. 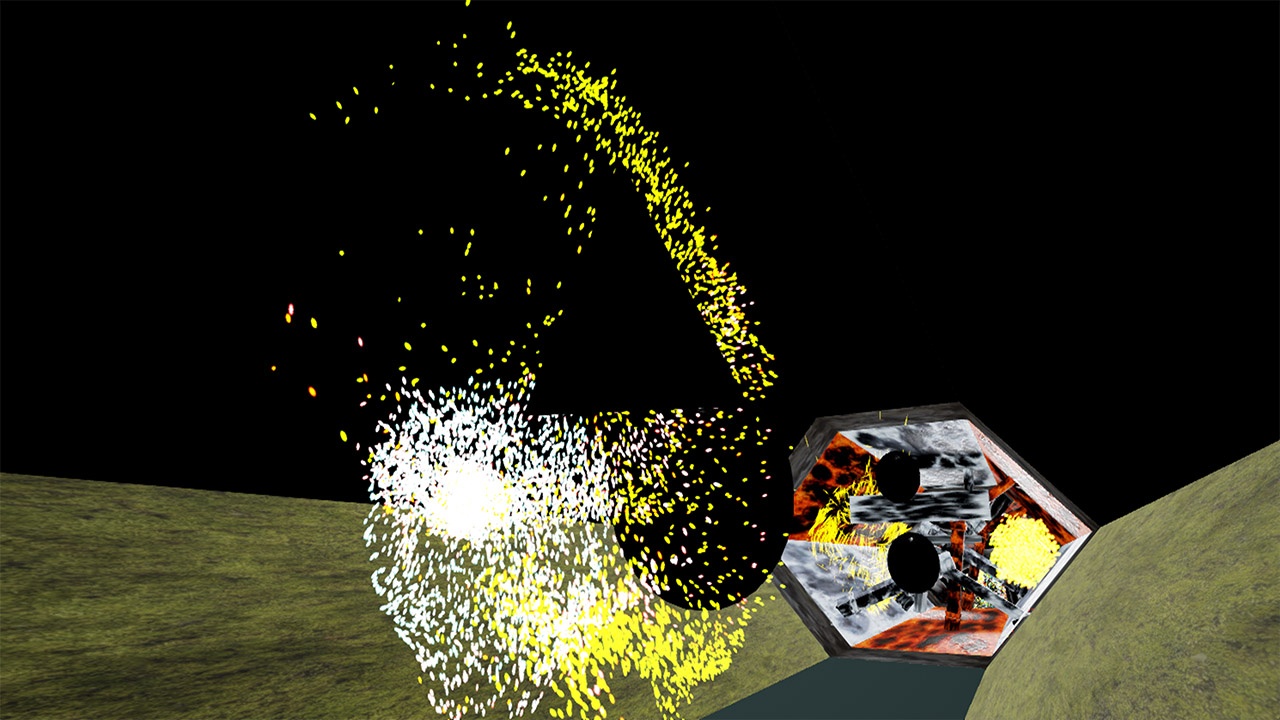 To say that Hex Tunnel Touch’s control scheme is underwhelming or simply bad, would be a complete and utter understatement. As it beggars belief, that any function human being could ever come to a conclusion that binding simple movement to triggers and analogue sticks, is even acceptable. And what makes the matter worse, is that the developer behind this hideous game has managed to implement the title’s horrendous controls scheme incredibly poorly. So the controls are both bad at their core, and are just as poorly implemented, resulting in an utterly unplayable, and downright depressing mess of a pseudo-game.

Hex Tunnel Touch is an incredibly painful product to experience, and even if you were to take some hard drugs – namely crack – you would still struggle to even justify the existence of some of the title’s components. And the lack of any form of quality or even common sense, goes above and beyond Hex Tunnel Touch’s controls scheme, as both mechanically and visually, the title at hand is a complete mess. And no matter how much time one may spend with it, in the end, he/she will always see it as a poor excuse of a game, which is rotten to its absolute core.

I usually like to compare poor indie titles, and quick-and-easy mobile-port cash grabs to PlayStation 3 era games, as the vast majority of such titles, usually resembles games from mid-2000’s, both visually and mechanically. However, I cannot do that with Hex Tunnel Touch, as this particular title, or rather excuse of a title, is so incredibly underwhelming, when it comes to its visuals, that it resembles not a PlayStation 3 era title, but a game, from the early PlayStation 2 days. All the in-game objects are composed of rough models, and overstretched textures, which are further exposed by poor lightning. And this wouldn’t necessarily be bad, if not for the fact that Hex Tunnel Touch, is a title composed solely from geometrical shapes – meaning that the title’s developers were and are so inept that they have even failed to implement simple shapes into their quote-on-quote game. 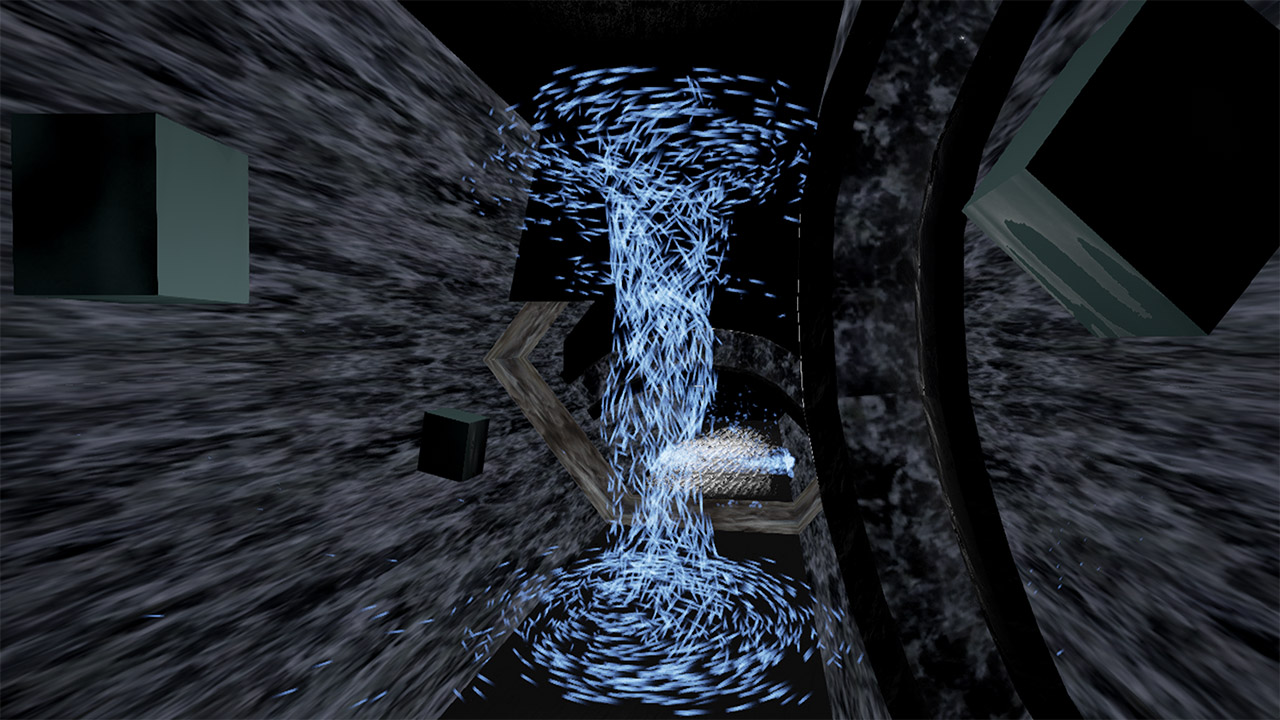 Whenever one tries to take a step back from his subjectivity, and look at Hex Tunnel Touch from a completely new and unbiased perspective, in order to make a note of the title’s positive aspect, he/she will be completely overwhelmed by the fact Hex Tunnel Touch simply doesn’t have any. Because as I have already mentioned previously, this particular game is rotten to its core. And despite of its poor visual facade, which could be rendered by a Texas Instruments calculator, it still runs poorly on PlayStation 4. Hitches, screen-tearing, and constant frame-drops are a common place within the mind-numbing confines of Hex Tunnel Touch – but I guess such are a par for the course, considering how bad Hex Tunnel Touch is in general.

To summarise, it has to be said that Hex Tunnel Touch is simply not worth your time, money, nor the space on your console’s hard drive. It is completely abhorrent, starting at its depressingly poor graphical display, moving onto its mind-boggling strange and badly implemented controls, and ending on its messy technical state, Hex Tunnel Touch is simply rotten. And even if you are a mindless trophy hunter who is willing to play each and every game, no matter how bad it may be, then even you will struggle justifying spending your time on this ‘thing’. As one thing is certain, Hex Tunnel Touch is not a game, and calling it one, is an insult to actual game developers who spend thousands of hours, tirelessly working on their products.