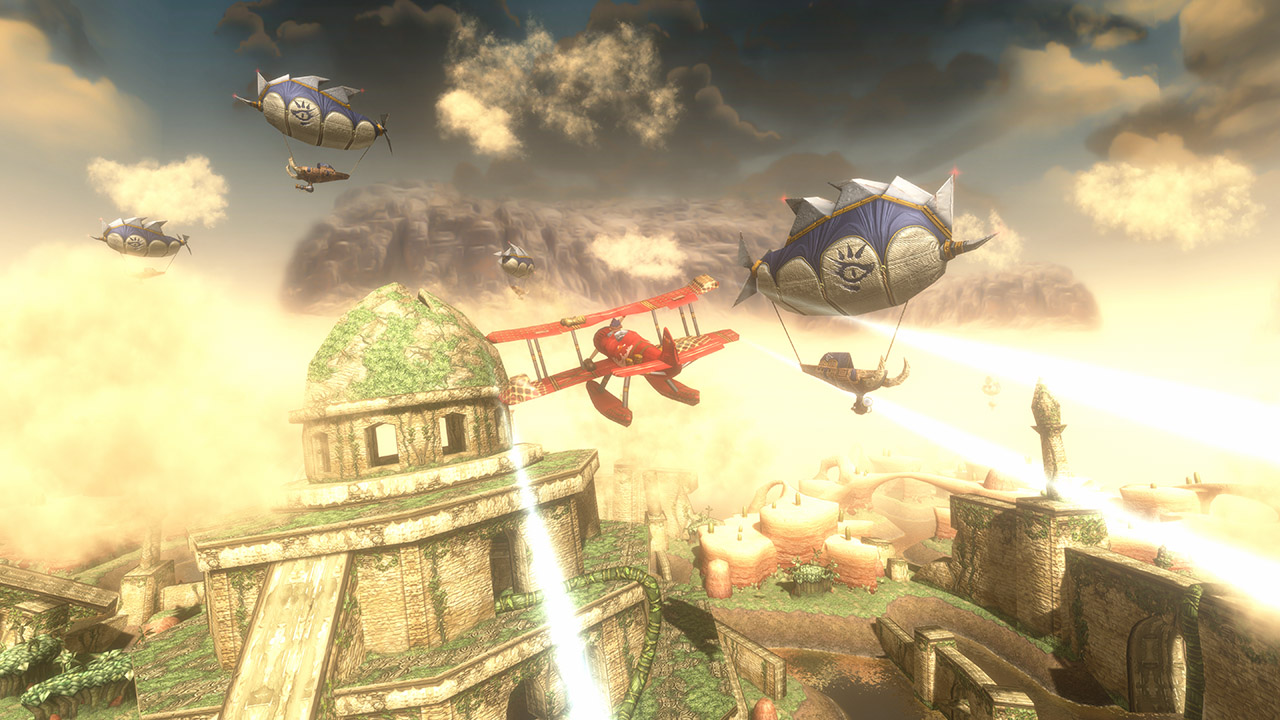 It has to be said that the Nintendo Switch’s library is woefully thin on the ground when it comes to aerial or flight games. However, the crop of titles it does have available are suitably high-flying in their mechanics and execution, but there’s always room for more. The latest of such games to get a release on Nintendo’s console comes in the form of Air Mail, a title developed and published by N-Fusion Interactive.

Originally a release for the iOS platform, this award-winning flight-adventure takes you on a ride through a series of fantasy worlds that sees you partaking in set missions, exploring lush vistas, gathering collectibles and even becoming a war hero. With three game modes and remastered visuals exclusively for the Nintendo Switch, is this a mail delivery that offers a first-class service, or does it all just take a nose-dive into the depths of gaming oblivion.

The main premise of Air Mail centres around its campaign mode, covering twenty-five levels that focus on events surrounding your home islands in the picturesque land of Domeeka. You play as a young wannabe pilot, Scoop, as he or she, the game provides a gender selection, partakes in the opportunity of the pilot training program. With a successful graduation, you become a fully fledged pilot, providing your services for the Domeekan Island Fliers. However, after an intervention from an evil force led by the Prince Verkai, the corporation pilots are taken into captivity; leaving only you to provide a beacon of hope in restoring peace as the conflict of war breaks out. 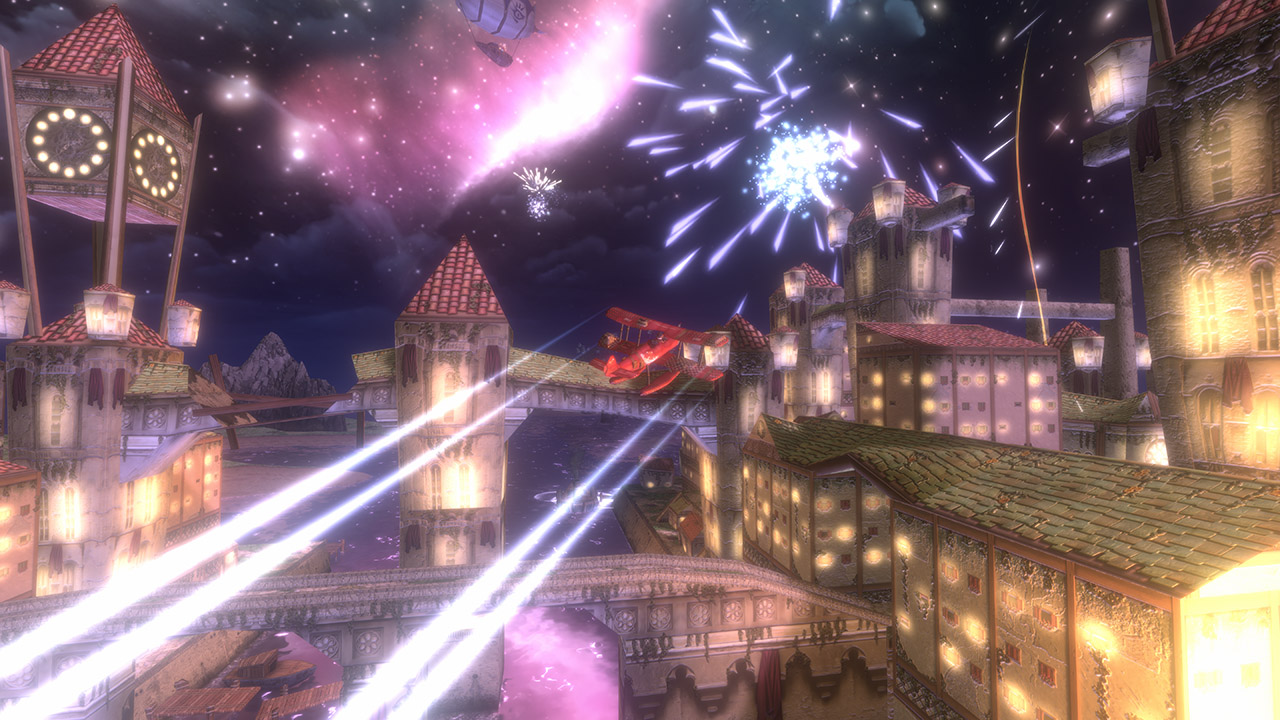 However, despite the outbreak of war, this isn’t a flight combat game. There’s no shooting guns or bombing runs, instead you are tasked in piloting your faithful bi-plane across a series a missions that hampers the war-plans of the evil prince. In order to prepare you for the task, the game offers a variety of objectives that sees you not only delivering mail, but scooping fish, fertilizing crops and providing firework displays. Once the conflict has begun, you’ll then be running sorties such as cutting supply lines, disposing of bombs and putting out fires; all under the heavy fire of Prince Verkai’s gunships.

If you’re familiar with Pilot Wings, then this game reminded me very much of that title; in fact, it made me think that this is what Nintendo’s game should have been! Its controls schemes are suitably tight and easy to use, allowing you to manoeuvre your plane with relative ease through the tightest of crevices or largest of waterfalls. As with the majority of flying games, pitch and yaw are controlled with the left thumb stick, whilst the two shoulder buttons determine you airspeed, whilst the right thumbstick allows to pan the camera around so that you can take in the wonderful views from the game’s variety of locations.

Stars are awarded, up to a total of five, for each successfully completed mission; taking into account elements such as time taken, accuracy and damage sustained, or averted. It adds a form a replayability to the title; albeit one that is a bit thin in execution. Something that the game does really well, is present a good feeling of speed, especially when traversing through the tight corridors of collecting items and flying through time-trialling gates.

As well as the campaign mode, Air Mail also offers two other variants of gameplay; namely, Express Delivery and Exploration. The first of these modes plays in a time-trial style of play, as you are tasked with flying through a set number of gates, or achieving a certain number of tasks, within the constraints of a time limit. Exploration mode however, offers a more relaxing style of play that gives you the freedom of a free-flight; whilst at the same time, collecting a number of parchments. Picking up a set amount within each level awards you with paint-jobs for your plane that you take into the campaign with you. 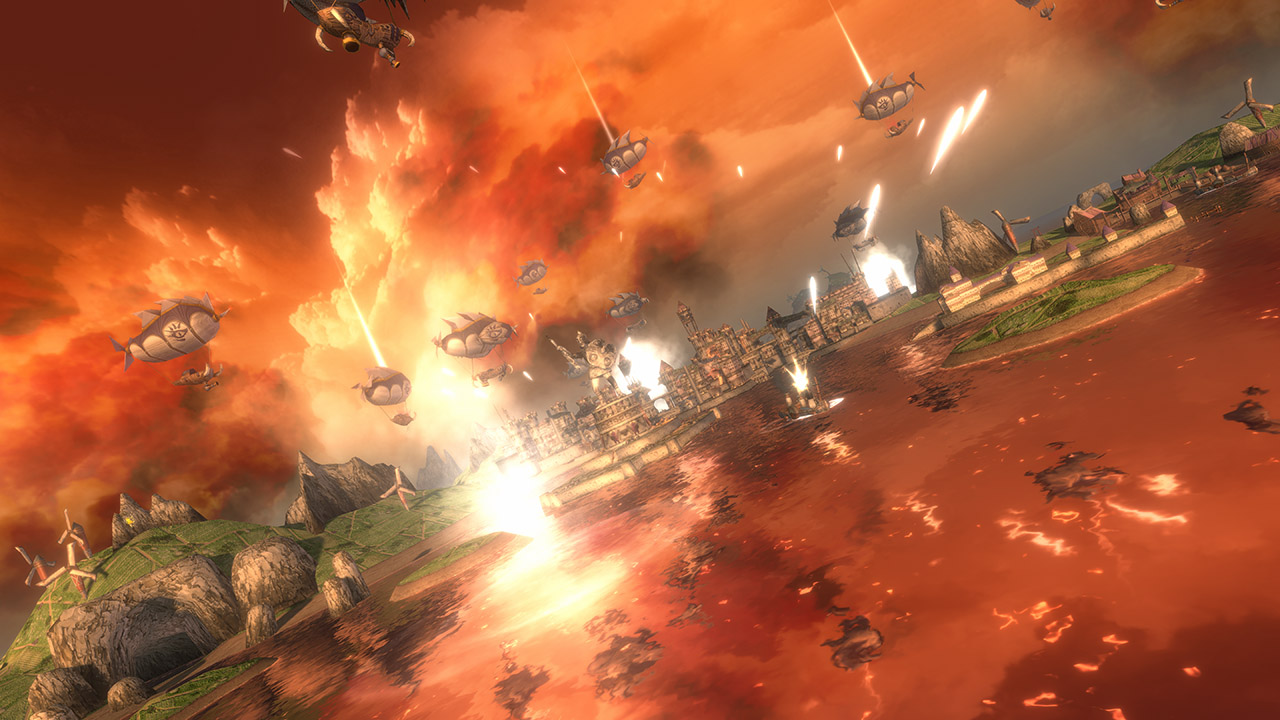 However, whatever mode you choose to play, I must admit that they all inherently play in the same way. Despite trying to offer some variation, the gameplay follows along similar lines of mechanics; basically fly around as you pick up, or drop off objects and navigate your way through a series of gates. There really isn’t much else to do apart from that, although this doesn’t necessarily make it an unenjoyable experience.

Each of the various locales have been lovingly crafted and are beautiful to look at; especially the reflective glistening from the ocean waves. Each of the islands are nicely detailed with windmills, green pastures, travelling boats and a number of hidden areas. Even in the midst of war, you can’t help yourself but take in the local sights. However, with this game being a port, it doesn’t manage to escape its mobile roots, with the overall graphical presentation still retaining the look of its original intent; despite its graphical overhaul for the Nintendo Switch. It’s sound presentation is worthy of a mention, with an orchestral soundtrack that wouldn’t feel astray within the latest Hollywood blockbuster; it all has a very Indiana Jones feel to it, something that fits in nicely with the flying of an old bi-plane.

Overall, Air Mail provides a very pleasant flying experience on the Nintendo Switch. Without the need for aerial combat, this is a nice relaxing jaunt that sits nicely within its capacity of being a casual title. It’s graphical and audio presentations are top-notch, despite its mobile looking landscapes and its control schemes are perfectly balanced. Although its variants in game modes contain the same mechanics, don’t let this put you off as flying your plane is a suitably sublime experience. In fact, if you’re a fan of aerial games, then there really isn’t another title like this on the Switch and, in that respect, does offer something very different from what is currently on offer. All in all, Air Mail is most definitely a title that offers a first-class experience with its high-flying delivery.