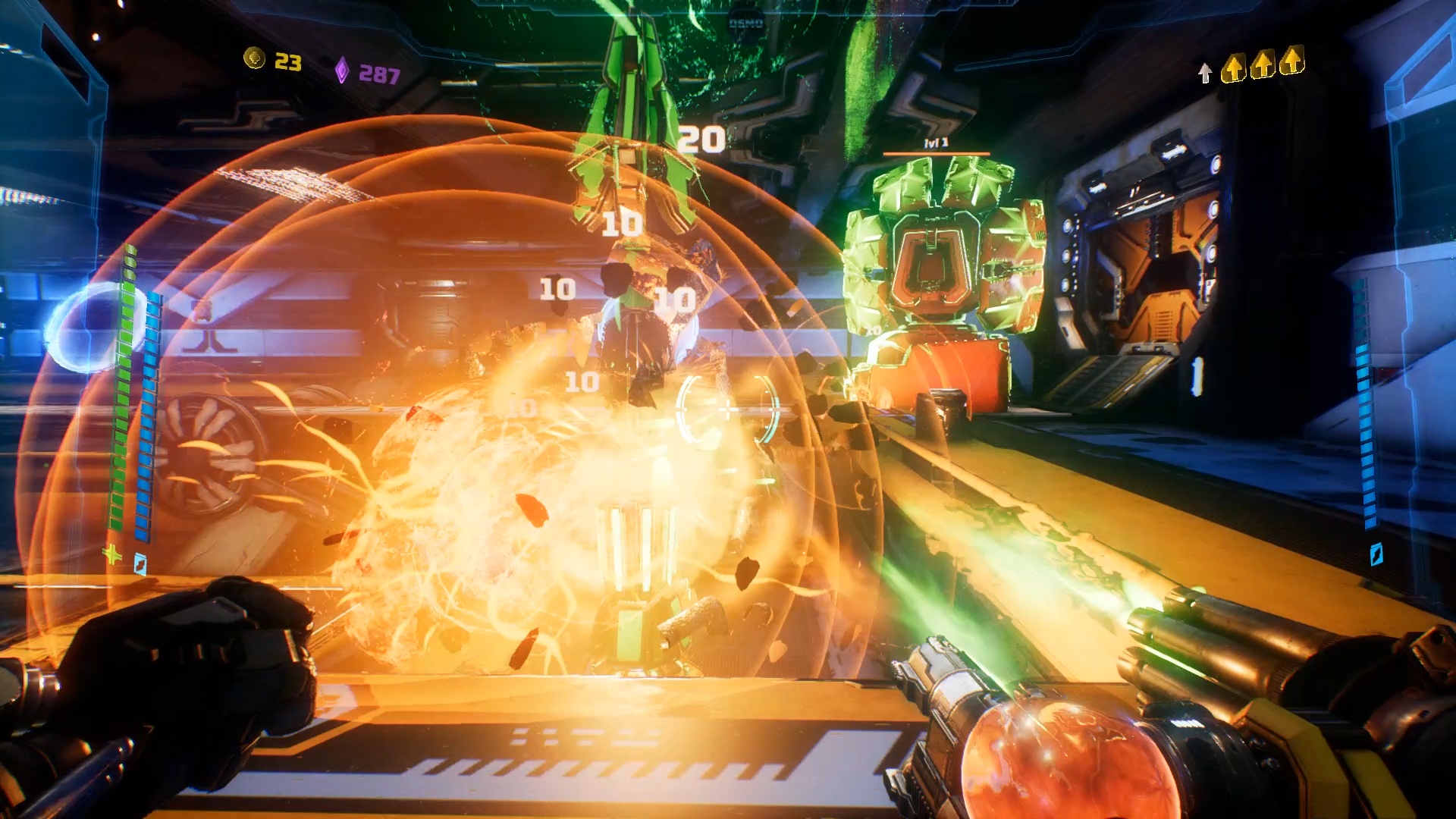 Basic gun-play is nothing to write home about, as any old hack can cobble together a shooter with some basic mechanics and features, which will work as advertised. And while most are satisfied with dull and uneventful shooting mechanics and peripheral features in titles such as Homefront, some prefer their games to have a little more flair and depth. And games such as Doom, Quake, and Unreal Tournament are known for their breakneck speed, and light and float’y core mechanics which have become a staple of the so-called arena shooter genre. And while Quake and Doom are still alive and kicking, they have ultimately fallen into relative obscurity, as their twitch and reaction based shooting mechanics, have fallen out of favor in recent years.

Quake may not be the biggest FPS in the world like Call of Duty or Overwatch, but the state of the franchise has not deterred others to pursue creation of old-school, Quake-like shooters, which just like ID Software’s legendary FPS, rely on fast paced gameplay, and skill based mechanics. And MOTHERGUNSHIP, just like the vast majority of ID’s title’s is an immensely fast paced, unforgiving, and skill centric title, which unlike most modern games, rewards player’s skill and abilities, rather than the size of his/her wallet, as MOTHERGUNSHIP is all about how good you are, and how much you can improve.

As mentioned above, MOTHERGUNSHIP is built upon Quake like structure, where the player character moves at two hundred kilometers per hour, has super-human ability to jump multiple times, all while firing an expansive arsenal of rifles, rocket launchers, and other tools of destruction. And while such approach to game design makes MOTHERGUNSHIP an incredibly difficult title, it also makes it superbly rewarding, as due to the sheer difficulty, every completed level feels like a tremendous achievement. But the sense of accomplishment which comes with this particular title, does not negate the fact that it is not for everybody, as an average Sunday gamer, especially one in his/her late 40s and beyond, will struggle immensely due to the requirement of fast reaction times. But this goes only for consoles, as most will find MOTHERGUNSHIP to be a rather welcoming experience on PC with mouse and keyboard. 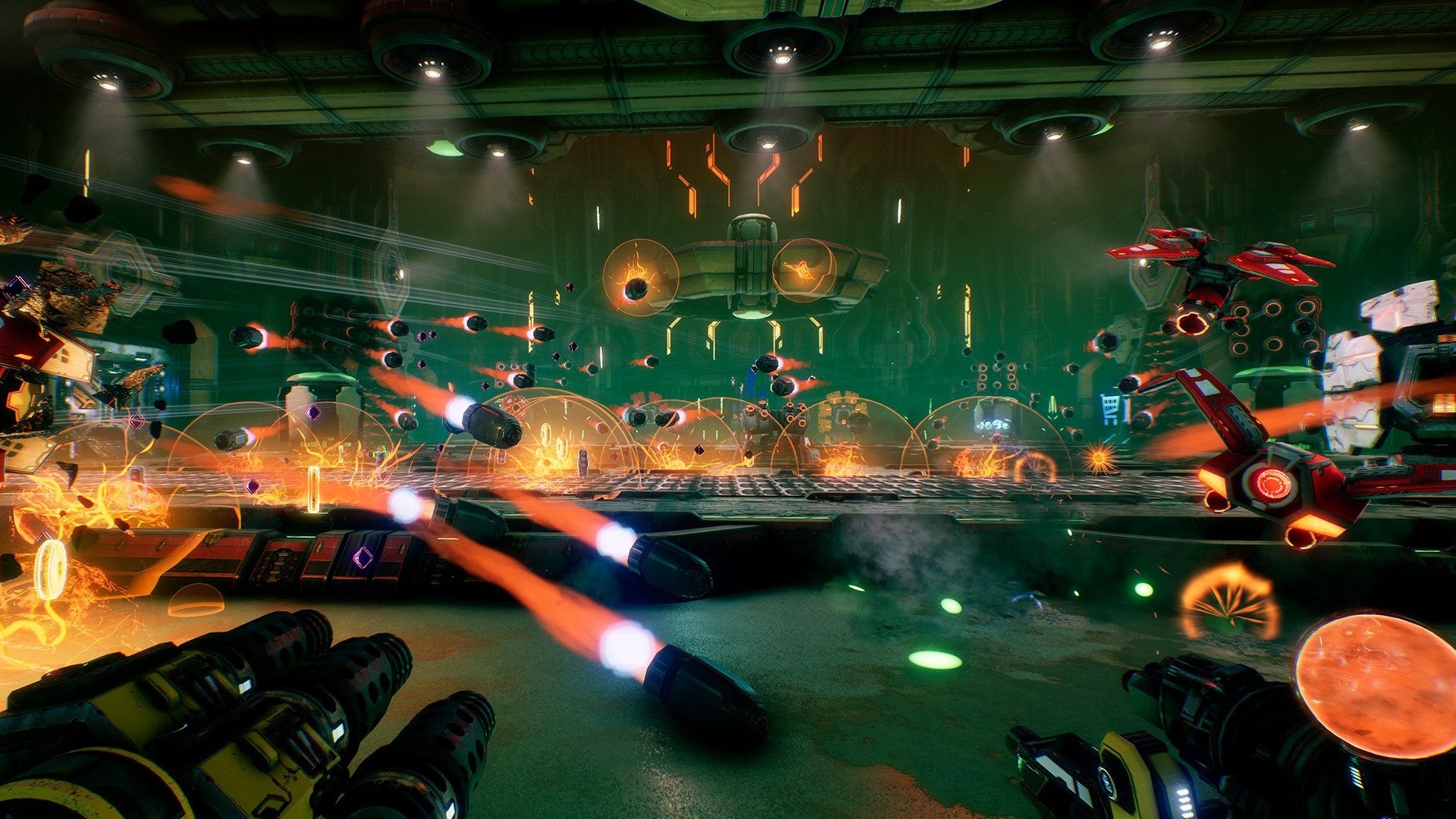 At its core, MOTHERGUNSHIP may be a modern take on the arena shooters. But unlike those, this particular title features a story mode complete with side quests and main narrative, as well as an in-built mechanic which allows you to craft some rather impressive fire-arms, and outright monstrosities. And in truth, MOTHERGUNSHIP’s crafting mechanic is its biggest and brightest selling point, as it elevates the otherwise uneventful title, to the next level, as it gives players an ability to play the title at hand in a way which they perceive as most appropriate, and most importantly, the way in which they perceive MOTHERGUNSHIP to be comfortable and entertaining – both at the same time.

In-game, you’ll come across three types of crafting items, and those include connectors, modules, and most importantly barrels. Connectors are hubs, which allow you to connect additional connectors, modules which at as modifiers, and barrels which determine the type of your weapon. And while in the beginning the title will suggest to keep your weapons plain and simple, you will quickly learn that having more than one module, and most importantly more than one barrel – is incredibly beneficial. So while you may be starting of with a simple Gatling gun sporting a ricochet module, then within an hour, you are going to be barreling down Sci-fi corridors carrying quad-barrled rocket launcher in your left arm, and hybrid of a rail, lighting, and laser gun in your right, all while pub-stomping all your foes.

As mentioned previously, the title’s crafting mechanic is its most important feature, as ultimately, it is what keeps MOTHERGUNSHIP alive. As its core gameplay, while heavily relying on arena shooter tropes, is not as engaging and captivating as one would expect it to be. And this is mainly due to the fact that MOTHERGUNSHIP is a PvE, FPS bullet hell, where all you do is destroy quite bland and uninteresting machinery, which despite of its mostly static nature, has a tendency bug-out due to its limited AI. And when playing MOTHERGUNSHIP yourself, you will often find yourself in situations where you’ll stand an edge of a platform while shooting down all the enemies without  a care of the world, simply because grounded launchers do not adjust their aim, and will constantly shoot just below you, dealing no damage; and enemies who pursue you, will get stuck on the first obstacle their encounter – and oh boy, do they hate going round the corners. 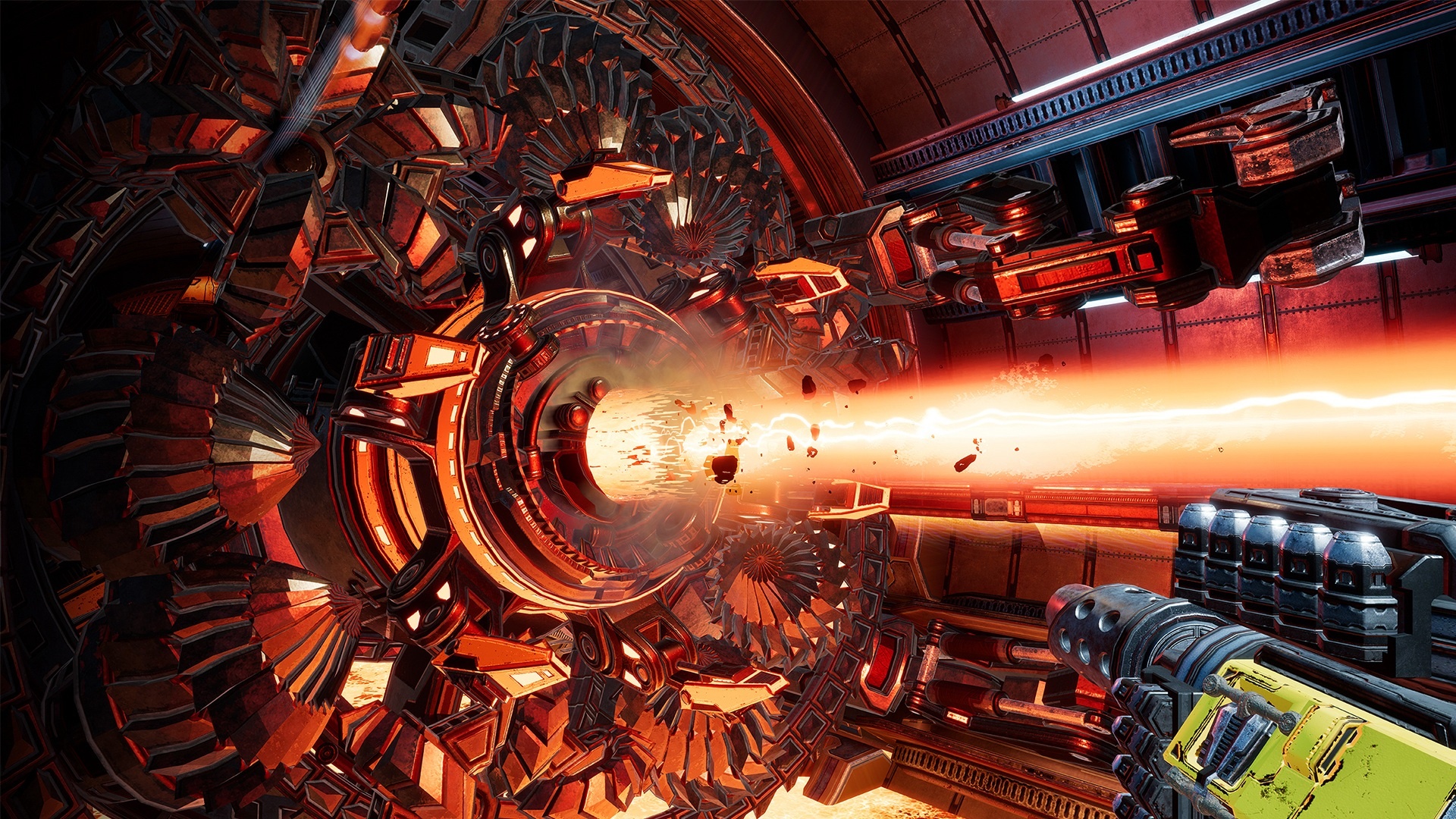 MOTHERGUNSHIP implies that you as a player, are the biggest enemy of the titular ship, but as you’ll quickly learn, the ship’s architecture is in fact its most significant foe, because as mentioned previously, all hostiles have a tendency to either lose track of you, or deal no damage to you, due to their limited nature. And while such state of affairs can be initially disappointing, then it has to be underlined that with time, you won’t have a chance to keep track of mobs who are stuck on slopes, or are firing at empty walls, because MOTHERGUNSHIP throws so many enemies at you, that you simply have not time to pay attention to anything that does not pose a threat to you. And while overwhelming amount of foes is a cheap way to mask their inability to harm you, it is ultimately effective, and for that Terrible Posture Games, deserves a commendation.

As a complete title, MOTHERGUNSHIP has a fair amount of shortcomings. But the developer behind the game, is clearly aware of them, and has either masked them, or limited them to the best of its ability in order to provide you, the customer, with the best possible experience. And at the end of the day, MOTHERGUNSHIP is an immensely enjoyable title which will satisfy all those who crave to jump back into the games of old, and experience the thrill of early bullet hells, one more time. But unfortunately the number of such individuals is rather limited, but even if you are not a fan of the genre, then the fact that MOTHERGUNSHIP is set to feature a complete co-op may sway you towards purchasing it, but beware of the fact that co-op will only be available sometime in August, and at the time of writing, the mode is still not in the game.