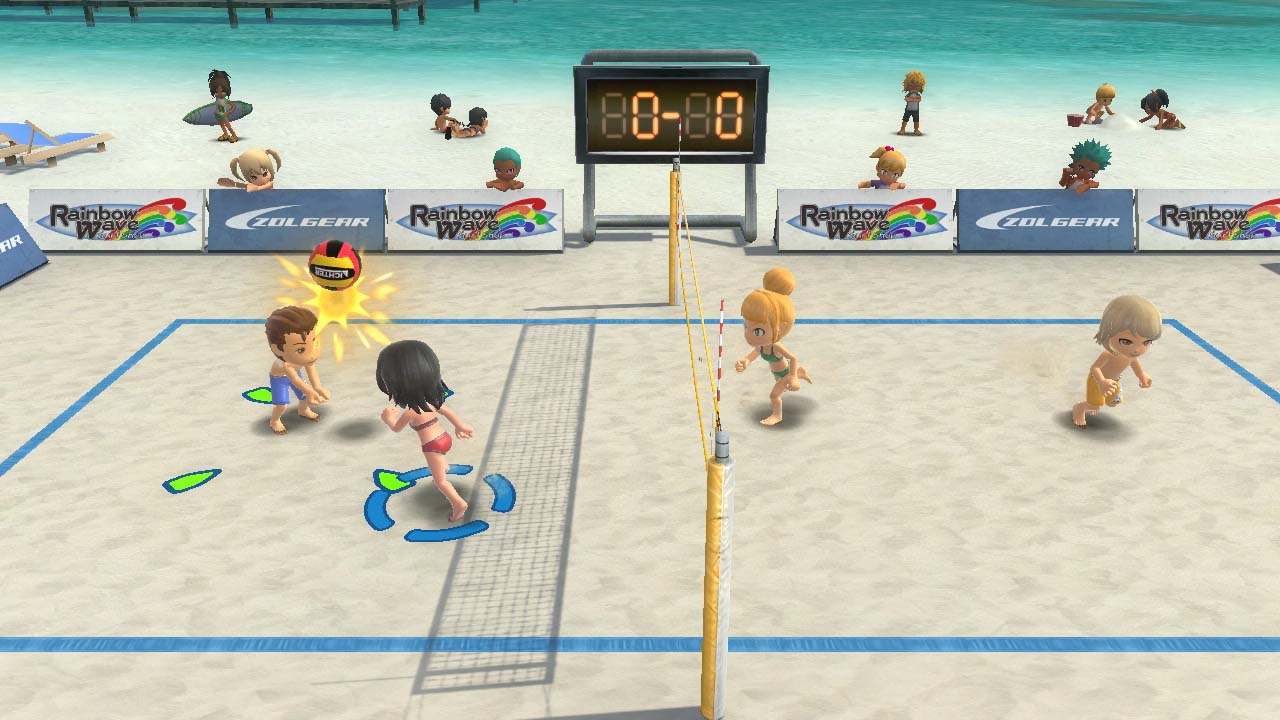 The Wii is, to this date, the biggest console that Nintendo has published, and rightfully so. Besides helping re-invigorate the public’s interest in Nintendo, they brought the era of motion controls to the forefront, created some truly classic titles, and made “casual” a less obscene title for game players. It got to the point where everyone and their parents (mine included) had a Wii, because you could play it with literally zero buttons, depending on the title. And yea, maybe encouraging people to flail controllers around in a way that had been mercilessly mocked for the past decade was counterintuitive, but it worked. They’re still making Just Dance titles for the Wii, and the WiiU fades into deeper and deeper channels of memory with each remastered title coming to the Switch. If they actually release Mario Maker Switched then the WiiU will seem like a bad fever dream between generations. But some really fun, underrated casual titles came out for the Wii, and it’s nice to see some of the greater ones getting a breath of life on the Switch. Pack your swim trunks and sunblock: it’s time to Go Vacation.

Go Vacation is the shockingly huge adventure on the island resort of Kawawii, which is the go-to hub for anyone looking for any kind of vacation departure. With four climate controlled areas, guests are free to experience and enjoy all forms of leisure pursuits and sports at any point, regardless of season or safety protocol. Think if Zootopia was made for tourists and not anthropomorphic animals. Anyways, players are welcome to come in alone or with friends, enjoy over fifty different types of activities, bring their pets and wear whatever they have handy. Along the way, there are secrets, treasures and daily prizes for getting your butt onto the island, even for a moment. So what are you waiting for?

As you can easily discern, Go Vacation, brought to us by Bandai Namco, is a truly ambitious project that mashes up a huge number of mini games and sports into a singular entity. This isn’t for someone who is a professional at anything: this is made for someone who wants to dabble a bit of everything. For example, you’re not going to find anyone who’s desperately passionate about pie throwing, but it’s fun enough to give it a go and compete in either throwing or dodging cream filled tins (which the guides specifically say are not edible, so real food isn’t being wasted). And when you get to things like race car driving or skateboard tricks, the mechanics aren’t even remotely serious enough for Tony Hawk or Gran Turismo fanatics to worth investing in. If you slam the car into the wall at 120 MPH, you bounce off, maybe slow down a bit, but there’s no damage or visible change. And falling off your skateboard (which is incredibly difficult to do) will end your point combo and that’s it. No broken bones, lost teeth, hurt feelings or property damage here. We are all on vacation on this blessed day. 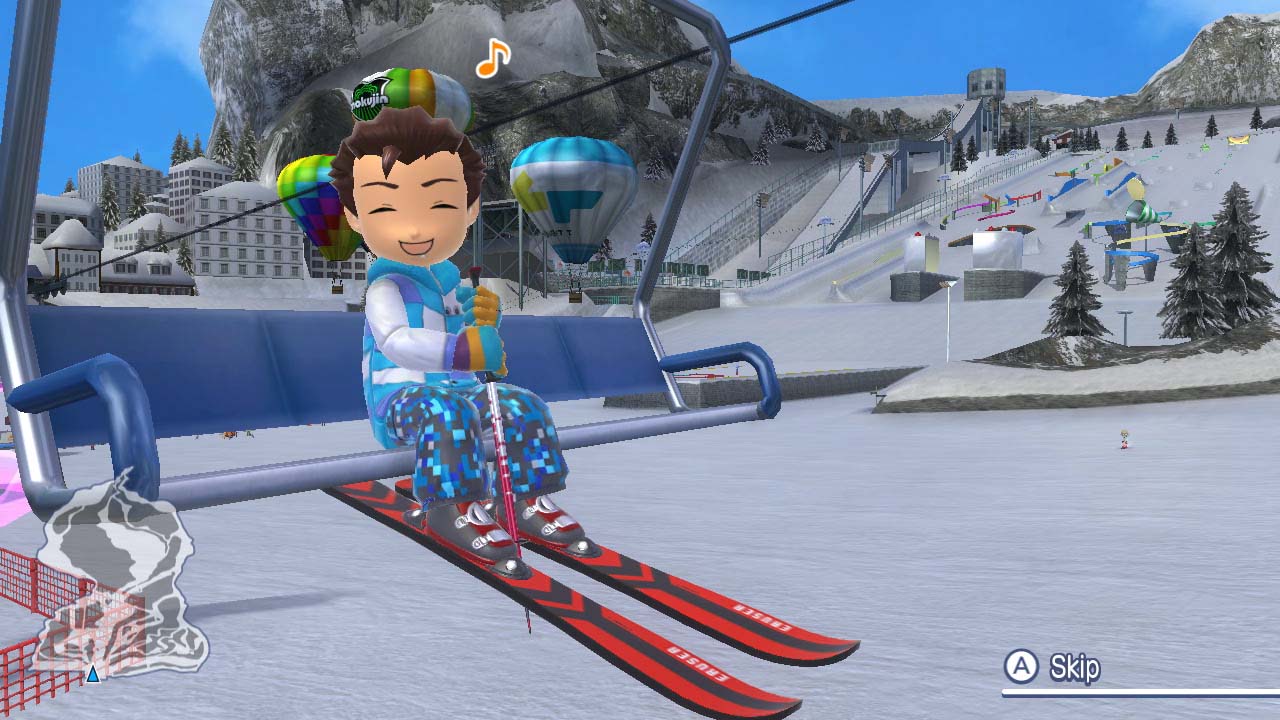 From the word drop, Go Vacation has gotten quite a few improvements over its original Wii release. Gone is the dependency on all the peripherals that the Wii had: you can enjoy all the activities without a MotionPlus or Zapper. Sadly, since there isn’t yet a Balance Board replacement for the Switch, some of the snowboarding activities are less exciting than they could be. Still, the JoyCons really do have a fantastic range of motion and recognition that is often underappreciated in the face of a majority of games. Additionally, the graphics have been updated and improved, allowing the new “Switch Miis” to appear in higher definition glory, and the avatar customization to appear and look exceptionally cute and fun. I mean, given the file size, I would sincerely hope so: Go Vacation clocks in at just under 9 GB, actually installing at a larger size than Bayonetta 1. But the tradeoff is seamless landscapes, fast load times on the different activities, and transitions in and out of the Resorts and menus with almost no downtime. This game isn’t just a quick and dirty port: a lot went into making this worthwhile.

With as many activities as exist in Go Vacation, not all of them are going to be the best, and not all are going to be the worst. Some are, in my opinion, fairly terrible: skydiving, for one, is a mess of flailing and uncoordinated sky ballet without the added risk of slamming into rocks or not stopping Patrick Swayze from robbing banks. Simpler activities, like air hockey, feel like they’re emulated excellently, with no additional bells and whistles, and play like you’d hope a carnival game would. ATV riding is great: inline skating is not. There are some activities, like snowball fighting, that I could do over and over again, especially in larger groups, and it has the option to change-up the different ways to play as well. Some activities, like…well, skydiving, I never want to touch again, and, surprise, I don’t have to. And even something as simple as volleyball I actually enjoyed a ton because of how simplified it had become: one button to bump set spike, one button to jump and that’s all you need.

That’s kind of the core, key mechanic of Go Vacation: simplicity. This is a new genre of game that I like to call casual hardcore, and it’s something that we see a lot with mobile gaming and, yes, the Wii generation. I knew a man who would hurry home every day to go scuba diving on his Wii because that was his escape and his passion. He wasn’t interested in trying Skyward Sword or Smash Bros: he didn’t consider himself a big video game player, but did he love just swimming away from the real world for a couple of hours at a time. That’s what Go Vacation feels like to me. It’s this massive playground of activities, in all scopes of physicality and realism, available at any time, on any day, for as long as you’d like to try it, and the scope of it all is matched on the playing field. You can ride jetskis, skateboards or ATVs to get around the different areas, and it can take a WHILE. There are denizens strewn throughout Kawawii that have friendly banter, random comments, and some that straight up don’t wanna talk to you because they’re on vacation too. Maybe they’ll give you hints about mini quests and adventures strewn throughout. Maybe they’ll just want to talk to your dog. 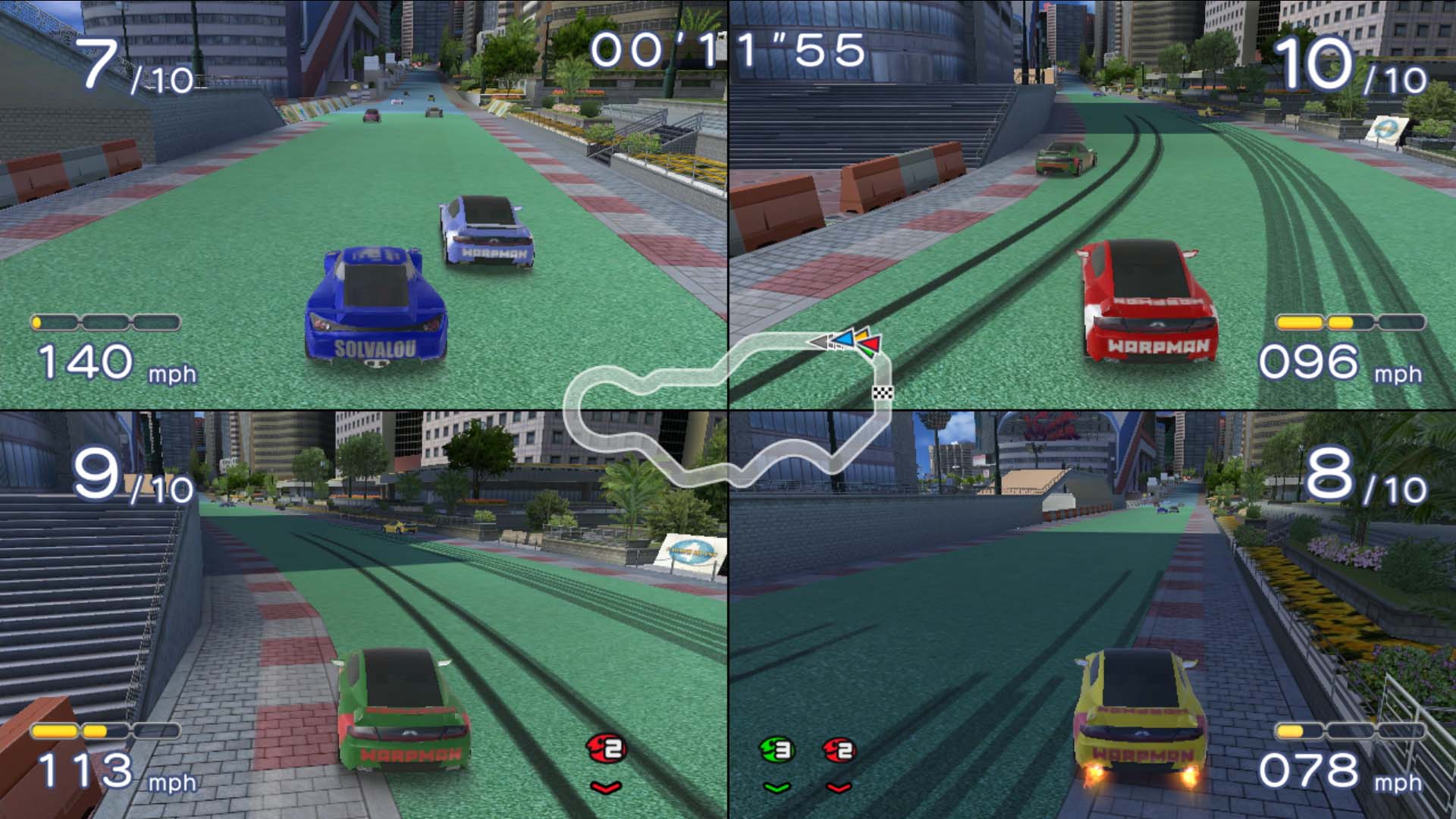 Oh right, the dog. The dog is probably the icing on the cake. By having your option to toggle a pet on or off within Go Vacation, it’s this last little touch of customization that helps make this truly the vacation that you craft yourself. Visiting the island regularly unlocks new variants of pets, various breeds and sizes, and they run around and accompany you. For about 99% of the games your dog has to sit out, but there are some great benefits to having a dog around, and not just because I like pets. It’s a harmless extra, and I encourage everyone to give it a shot just to help make the game your own.

Lastly, I would encourage anyone looking to bring friends along on a Go Vacation to invest in a couple extra controllers or pairs of JoyCons. It’s entirely possible and feasible to rock out the whole vacation with just one JoyCon, but it can be incredibly wonky. Since you only have one joystick to aim and position, the game automatically recalibrates things to motion controls and, well, that leads to some seriously difficult steering to get around the resorts, as well as poor performance in the halfpipe based games. Again, totally do-able, and maybe more comfortable to some than others, but simply not my cup of tea.

Still, the fun factor of Go Vacation is undeniable, and I think this adds a valuable gametype to the Switch that is still sorely lacking in quality or quantity. This is the wonderous offshoot sibling of the Wii Sports generation, one that’s more focused on fun and ridiculousness than realism or devastating effects. This is the kind of game that you grab for all occasions, having fun by yourself or going out on a jaunt around the island with a friend or three. Have a water gun fight and then go horseback riding in the same breath. Go ice fishing and then finish off the day with minigolf. This one title has a ton of activities and none of them are abjectly terrible (except, my God, skydiving), and all deserve at least one try. Every family-based Switch will want this installed, and everyone who yearns for enjoyable, replayable nonsense could benefit from this stroll outside of the gaming box. C’mon, you deserve it. Go Vacation.