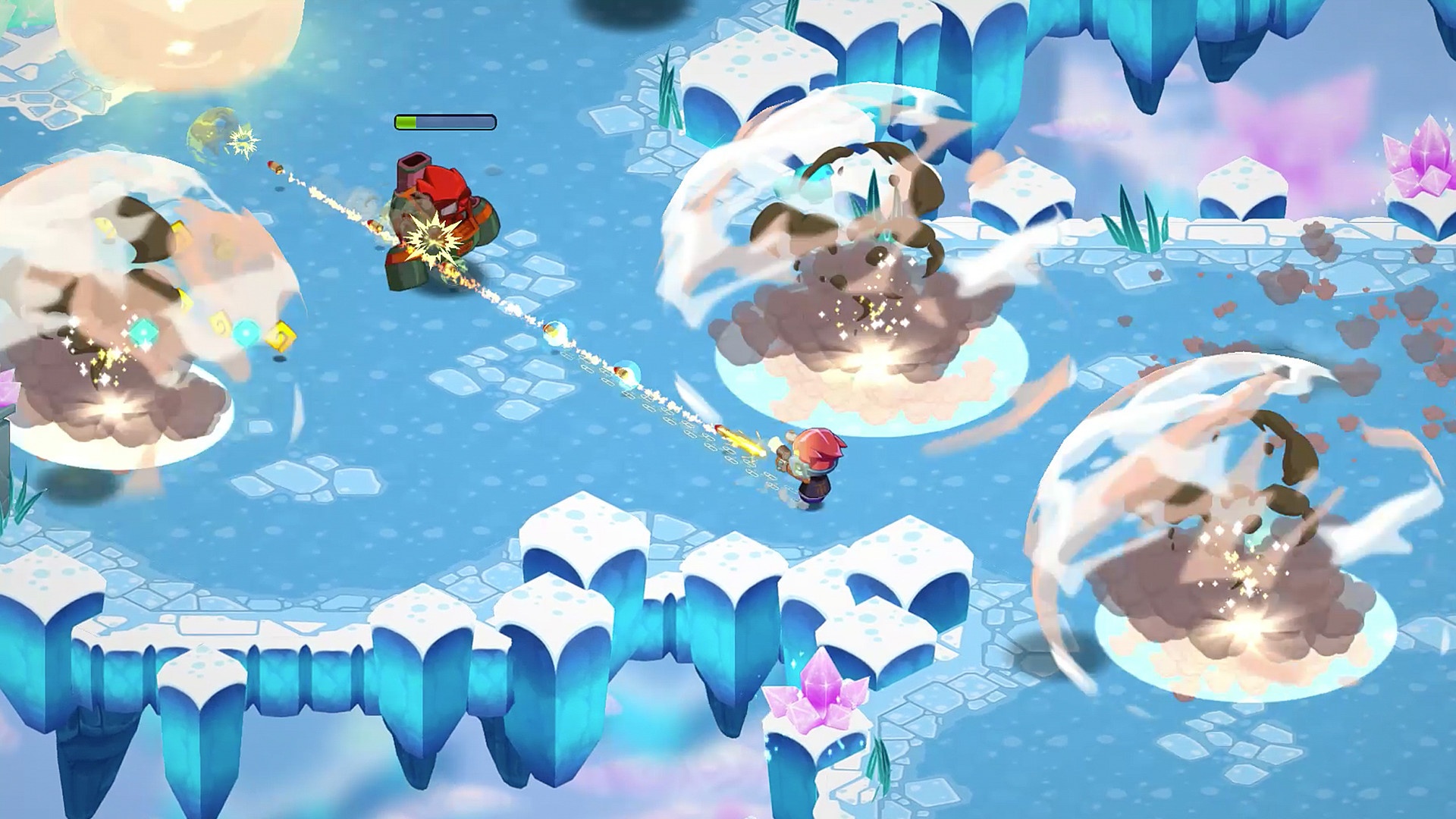 Indie games, no matter how complex or profound, will never match AAA titles in terms of their production value. And while some games have come close in recent years, namely Outlast 2, most are usually miles behind your average AAA game. But just because indies can’t match AAAs in terms of the presentation – it doesn’t unnecessarily mean that they are any worse. In fact, what they do lack in visuals, they do often make up in gameplay, as in the modern era, indie marketplace is the way to go for those who favor gameplay over visuals. And Next Up Hero, has recently been added to the already extensive library of gameplay heavy indie titles.

If you were to Google Next Up Hero right now, you would come back slightly dazed and confused, as the title’s description often varies, as many fail to summarize it completely within the limited description and ‘about’ sections of their respective websites. And that’s not because they lack the ability to do so, but because Next Up Hero is filled with an abundance of needless features and gimmicks, which often can’t be summarized in 200 words or less. And while they are the main selling point of the title at hand, they are ultimately nothing more than needless clutter, as the title’s core dungeon crawling mechanics, take the center stage throughout, and ultimately sideline all additional features, even the titular Next Up Hero mechanic.

In theory, once all the gimmicks are removed, Next Up Hero is an incredibly simple title. It places you in a randomly generated dungeon, and has you complete various, chore-like tasks, until you reach the end. On your way to victory you will encounter a wide variety of hostiles, which just like in any other modern game are dispatched with the controller’s triggers. Next Up Hero, just like most titles of its ilk, also allows you to dodge with the right analogue stick – which surprise absolutely nobody. But what will surprise some, is the fact that in-game you will also be able to ”up” other fallen heroes, which will both aid you in your struggle, and also allow you to upgrade the hero which you are in control of. 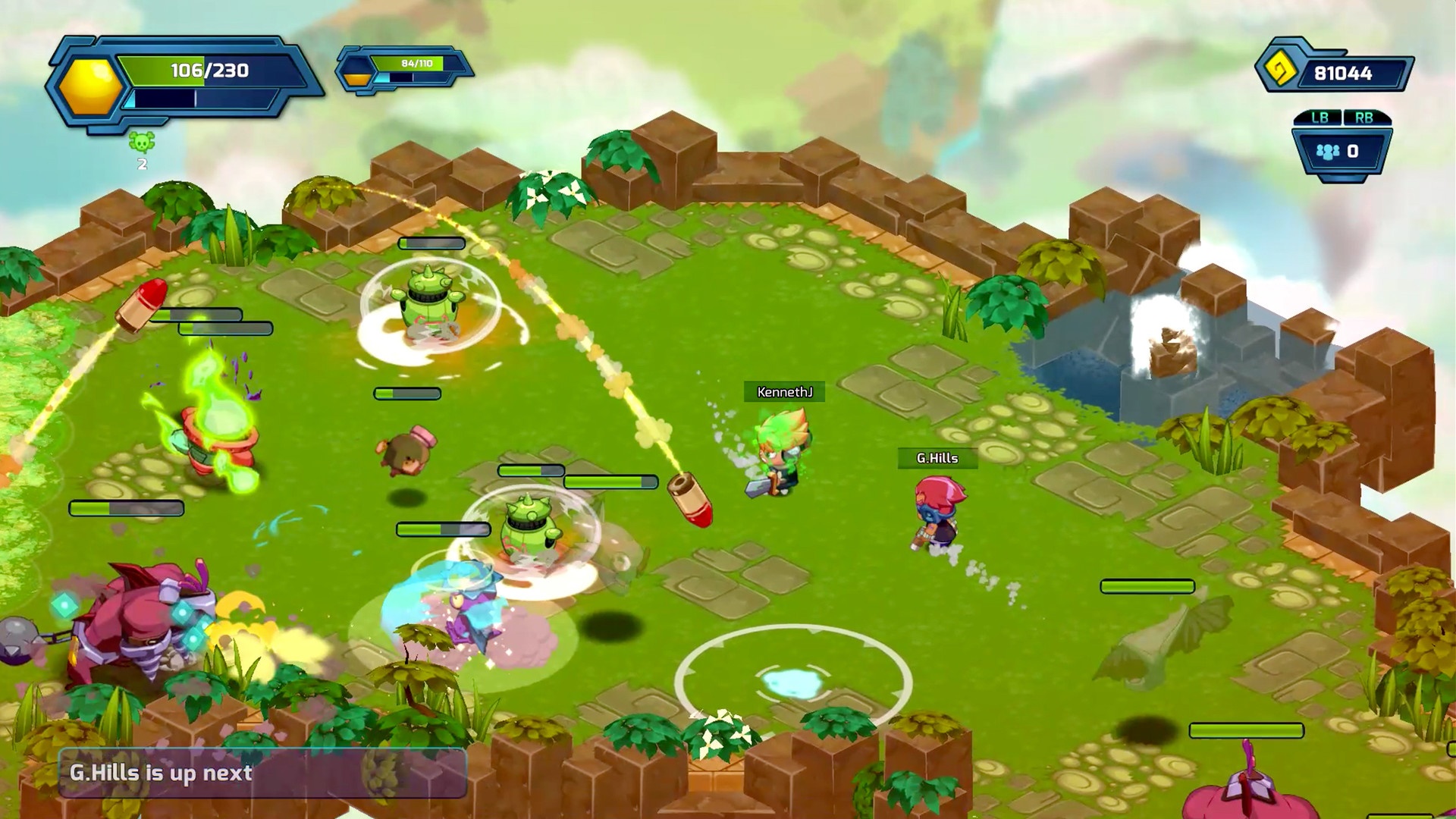 The core mechanic of resurrecting fallen heroes, at first comes across as incredibly useful and impactful, as within the title’s tutorial you will come across dozens of other fallen players, and AI. But once you enter the main portion of the game, you’ll quickly realize that the title’s system is ultimately not as rosy as it pretends to be. As within the first stage, you will soon come to notice that finding remnants of other players is borderline impossible, and with each and every level and stage, the odds only further wither. And by the time you’ll reach the halfway point of the basic campaign, you will completely forget that such a system even exists. Which is a shame, as it adds a new flavor and an additional level of complexity to an otherwise dull, and uneventful game.

Next Up Hero’s gameplay, besides of the above-mentioned mechanic, is ultimately dull and largely uneventful. As for the most part, it simply requires you to run around with the left stick, aim with the right, and hold R2 while sporadically pressing L2. And there would be nothing wrong with it, as most games work in such way, but unlike Enter The Gungeon, Next Up Hero fails to reward you in any meaningful, sensory way, so you simply wobble across dungeons, while blindly pressing through hordes of mundane and repetitive enemies, which fell more like cardboard cut outs than actual foes, as upon their death they simply fall over with no flair of fanfare.

The title at hand clearly recognizes that it doesn’t have much to offer, as it features a plethora of additional options, designed to mask the fact that content wise, it is quite lacking. And sure, Next Up Hero does feature a plethora of playable characters, and sure, it does allow you to play on a range of different levels and settings, but ultimately those are nothing more than a smokescreen. As all new that you’ll encounter within, is borderline the same as what you’ve just seen, and what you are about to experience. And this is especially jarring when it comes to the title’s levels, as they are all nothing more than basic, randomly generated plains, where you are forced to continuously fight the same foes. And the only thing which changes from level to level is the color pallet, as from time to time you’ll face the very same enemies but in a different shade due to their level, or the setting of the dungeon. 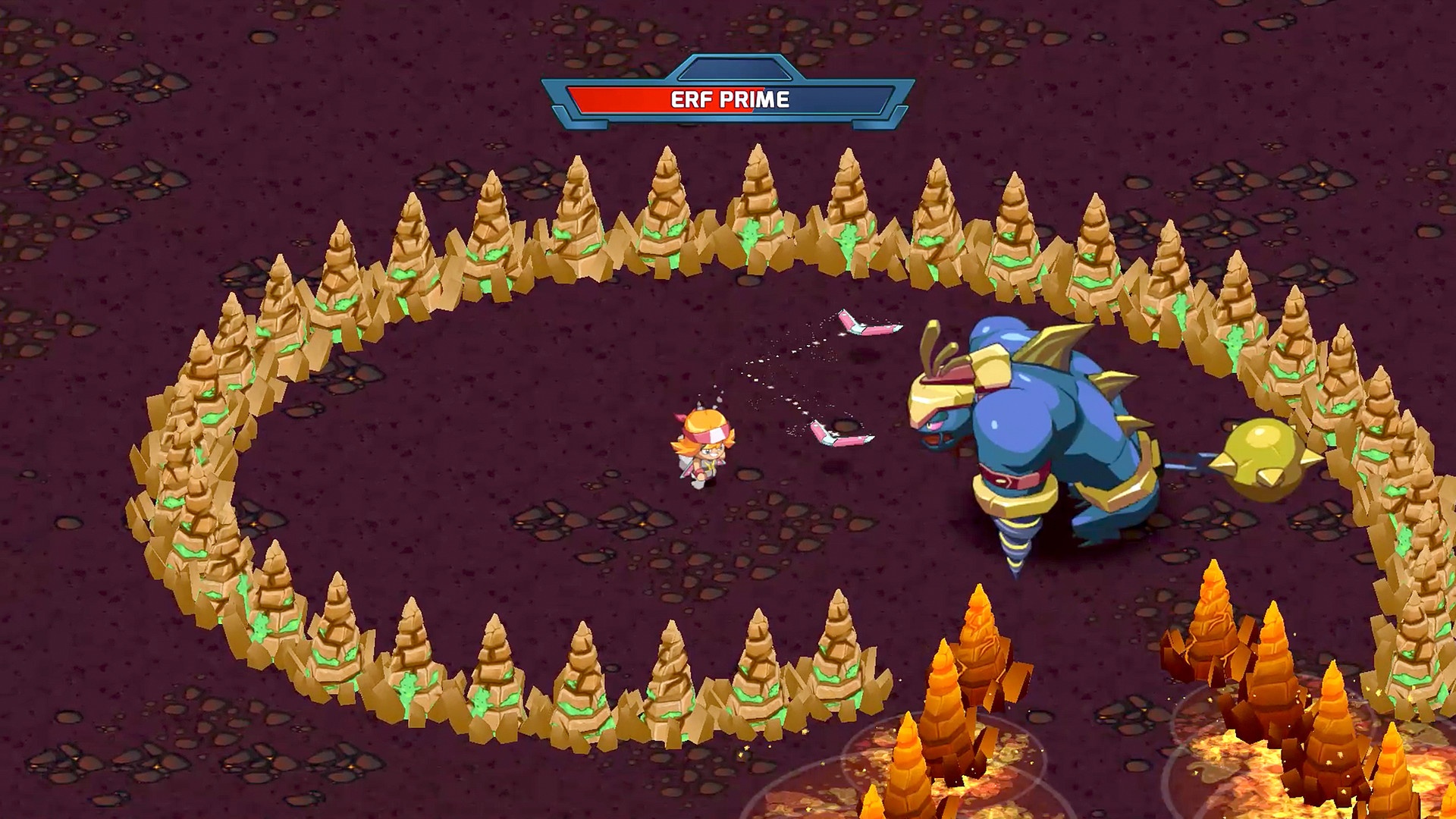 Next Up Hero, ultimately feels like an incredibly confused title which was trying to follow two completely different directions, and has somehow ended up being stuck between the two. On one hand, it is meant to be a meaningful co-op experience based on quirky and rewarding mechanic, but on the other, it is also a RNG based, online title, which has adopted a tremendous amount of features which can be found within mobile games. So what you get in the end is a largely bland co-op game, which lacks any sort of form and substance, and which is trying to supplement its jarring flaws with mobile like grinding mechanics, which are there to imitate some form of accomplishments and progression.

To summarize, all that has to be said is that Next Up Hero is the indie equivalent of Mafia III. It is a shallow title, which is lacking in most vital departments, but instead of building upon what’s there, it is trying to further mask its flaws using underhanded techniques. And while it succeeds in doing so at first, it masks quickly slips, and exposes Next Up Hero for what it truly is. And it is nothing more than an immitation of an otherwise great genre of dungeon crawlers, and if you are on a hunt for the next title of this ilk, then you are much better of reaching into the back catalogue of already published games, instead of opting in for Next Up Hero.

Next Up Hero is the indie equivalent of Mafia III. It is a shallow title, which is lacking in most vital departments, but instead of building upon what’s there, it is trying to further mask its flaws using underhanded techniques.