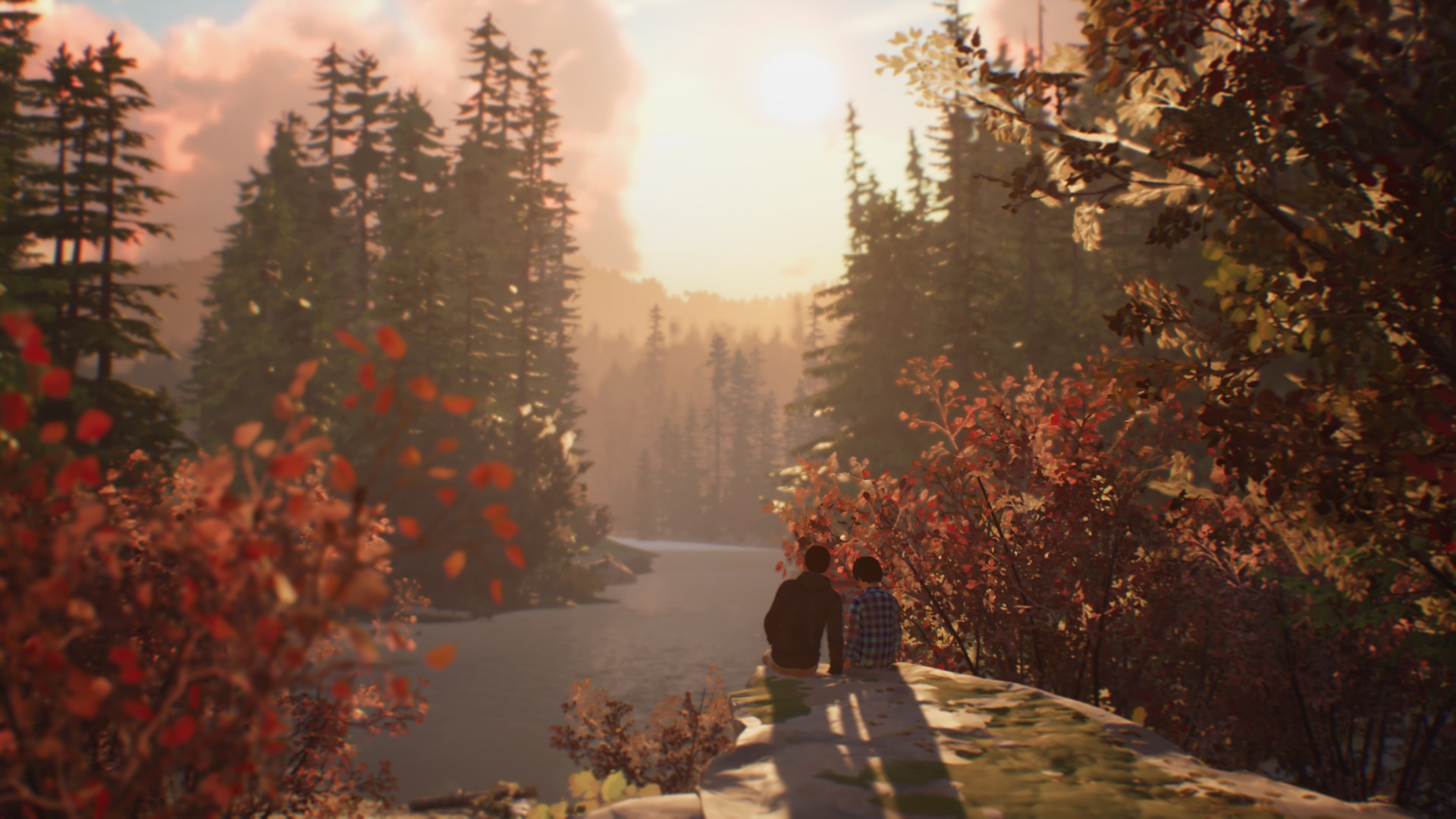 The sequel to the popular 2015 video game, Life is Strange 2 retains many important elements of the original game while striking out in several bold new directions.

If you have never played or seen much of the Life is Strange series here is what you need to know. the games are essentially choose your own adventure video games or interactive fiction. You take on the role of a character and explore various locations while interacting with objects and people. You are presented with a myriad of choices throughout the game, some small and some big, many of which will change the game around you in either small or large ways.  The series often features dramatic character driven stories with supernatural elements that help to zero in on this focus. The games are also released in episodic format.

Episode one of five of Life Is Strange 2 has been released and the game has already made some bold decisions that show it’s not going to merely be a rehash of the first game. The story follows two Hispanic brothers living in Seattle with their father: sixteen year old Sean and nine year old Daniel. In this first episode (at least) you control Sean. Early into the game, due to an unfortunate chain of circumstances and an unexpected show of apparent telepathic abilities, the brothers are forced to go on the run and begin to make their long and arduous way down to Mexico.

The first game was all centered around the small town of Arcadia Bay and much of the focus was on the even smaller school of Blackwell Academy that our hero Max attended. This allowed us to get to know the side characters well, and their stories played out over the course of the game. Right away Life is Strange 2 steps away from that. Our main characters are on the road so the side characters we meet along the way are forced to be transient. One or two may make another appearance in later episodes (and in the case of Sean’s awesome and supportive childhood friend Lyla one can only hope) but this forces a lot more pressure and attention on the relationship between the two brothers. 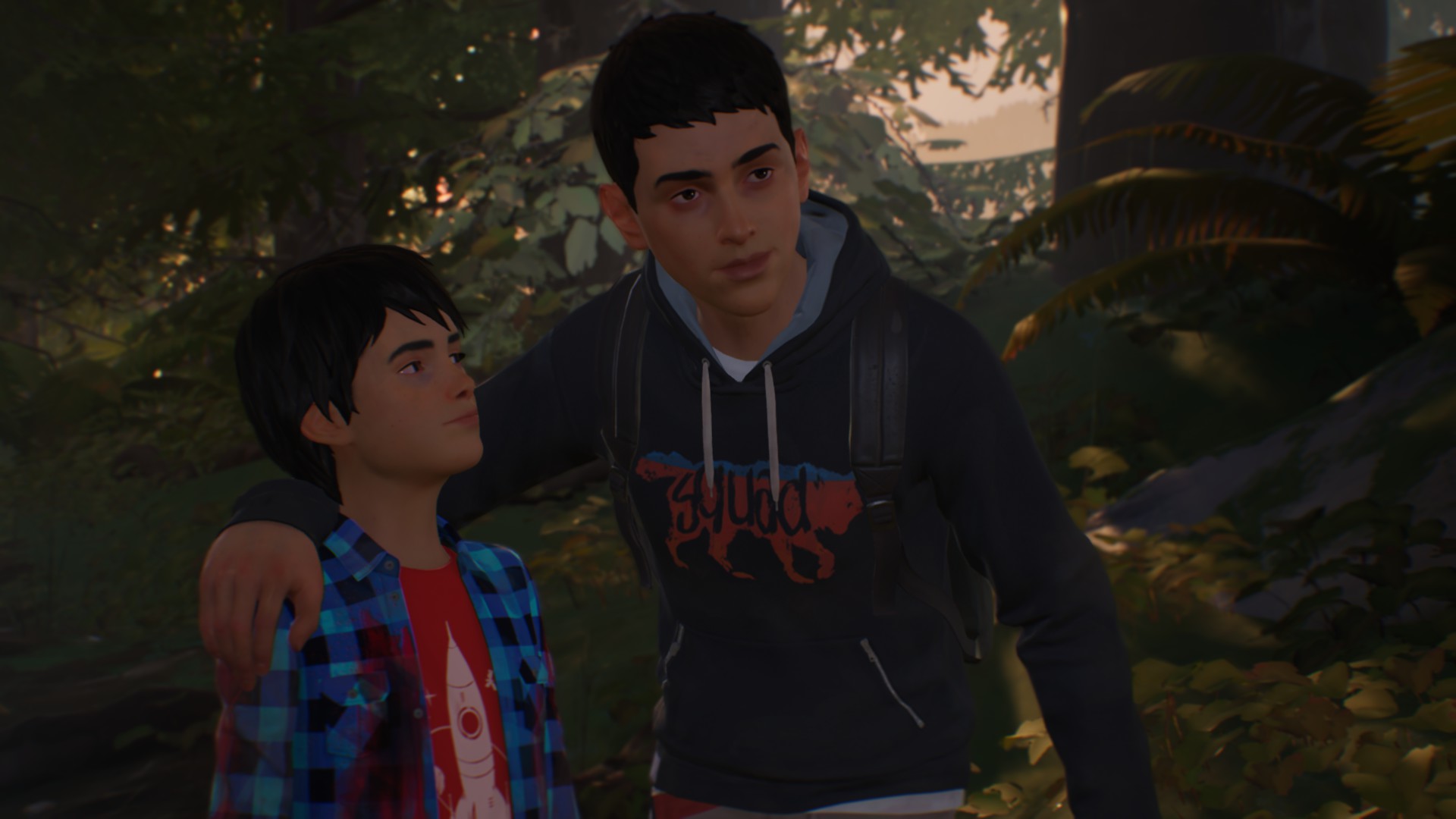 At the heart of previous games in the series, has always been relationships between two characters, so in a way it makes sense to push side characters even further into the background and focus almost exclusively on Daniel and Sean. It’s even built into the mechanics of the game. Your choices aren’t just important in determining who you are as Sean or how things affect you. Your choices can also influence Daniel. In fact a large focus of the game is on what you teach him. This adds a sense of responsibility to even the smallest tasks such as lighting a fire and causes more shades of grey when faced with choices such as stealing money from a camp site money box. The moral layers of these choices can become quite thought-provoking at times, and it’s too early to tell if the game truly appreciates the complexity of them or can handle them appropriately. We are talking about two brothers who are now effectively homeless, and a sixteen year old who is solely responsible for the well-being and safety of a nine year old. To paint everything in black and white would be a disservice to the complex situation.

The writers are also clearly not afraid ‘to go there’. Racism plays a heavy role, with three incidents in the first episode alone having a severe impact on Daniel and Sean, reference made to the 2016 election as well as ICE and ‘the wall’ receiving a mention. This may make it less appealing for some players but in a way, it also makes the game feel more ambitious than the first.

It also feels more confident. It knows its fans and it knows it can take its time. The opening sequence starts slow, giving you several minutes of dialog and set up, with only one or two dialog choices before you finally take full control of Sean. Compared to the first game, that right away put in control of Max, having you move her through a storm, the change of pace is notable and dramatic. 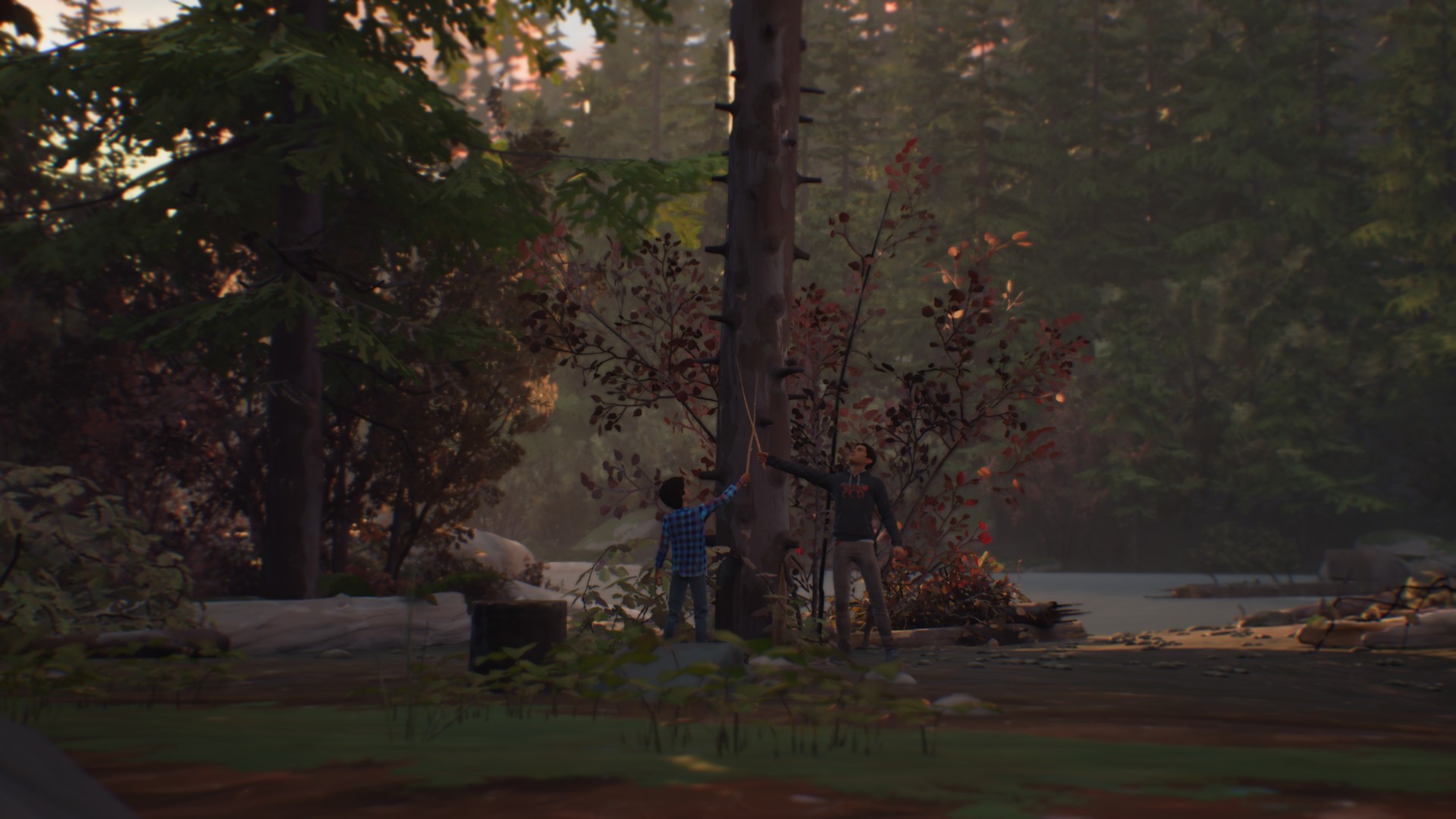 From a technical point of view the graphics are on upgrade from the previous games as well, with the character animations looking more natural and more alive. Our brothers also find themselves travelling through some truly stunning scenery, which makes the sequences where you can stop and admire it, all the more engaging.

While many of the choices are fairly straightforward, often being as simple as asking you to choose between being kind to your brother or being a jerk, several of them, particularly in the second half of the episode pose some tough dilemmas while at least two at the end left me agonizing. Did I make the right choice? Will that come back to haunt me? Knowing Life is Strange the answer is: probably.

For fans of the first Life is Strange, there is a nice nod to the previous game, but most of this episode is striking out and being something new that newcomers to the series can enjoy. While it is only the first episode, and there is still plenty of time for the game to fall apart or Sean and Daniel may fail at carrying the series between them, episode one has been promising, exciting, and already has me eager for the next one. The writing is spot on, with both Sean and Daniel feeling believable and sympathetic. I am already rooting for them and worrying over Daniel every time he is out of my sight. I respect the writers for the story they are trying to tell and eager for the next leg of the road trip. Mexico here we come! (I hope.)

Life is Strange 2: Episode One Review

Life is Strange 2 retains many important elements of the original game while striking out in several bold new directions.