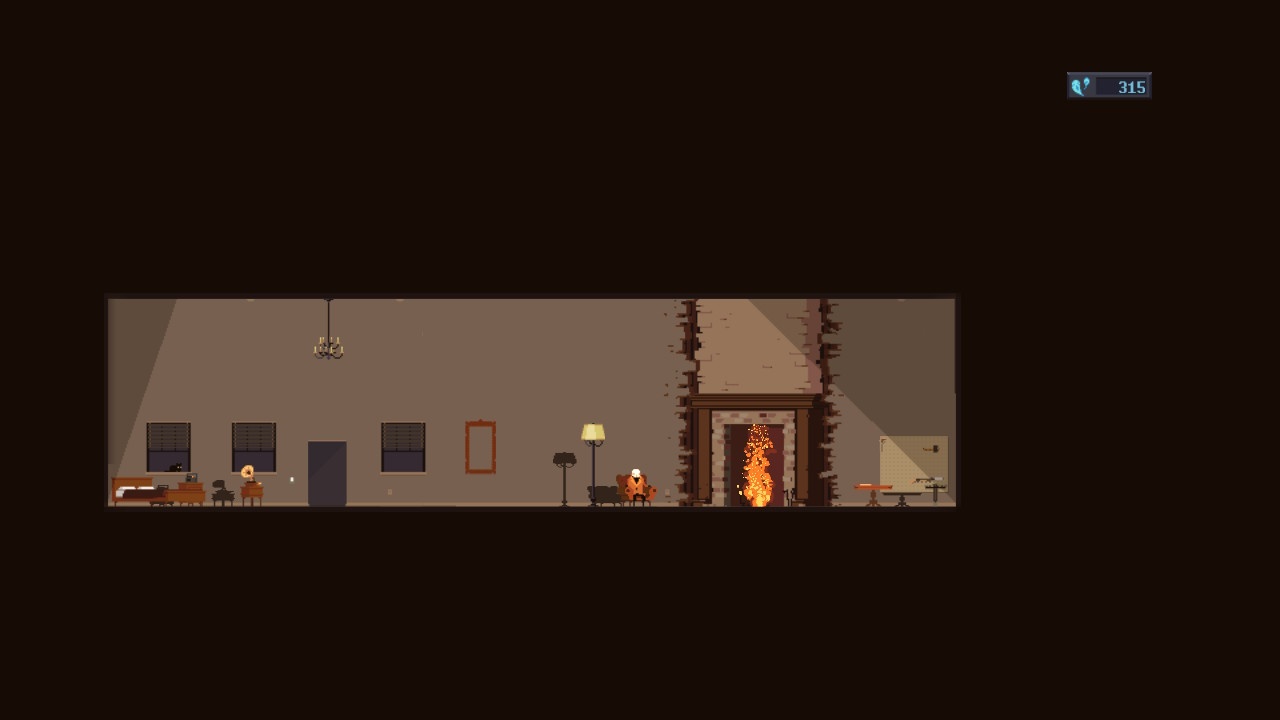 There are so many ways to go about dealing with problems in this world. There is mediation, there are the police, there are even just simple exchanges of words. “Hey, could you please not leave your trash in the hall?” might be all it takes to fix an issue. But sometimes that problem is bigger than you’d imagine, and you gotta call in a professional to take care of things. And when you need something killed, what better person(?) to call in than Death himself? Especially if it looks like those who need killin’ might have already been dead once.

DEADBOLT is the tale of the Reaper himself, who has been called in by an unseen client to take care of a few little odds and ends. Namely, it looks like zombies are on the rise, which is never good. But then it also seems like the zombies might be dealing drugs and committing other crimes, all at someone’s behest, and that’s never alright. The Reaper has a great set of skills when it comes to dealing with problems of the dead, so why shouldn’t that skill set carry over? Well, it’s never as easy as taking the soul out of a living body, since these are distinctly dead. So Reaper’s gotta improvise, and has to get medieval on these walking corpses. But be careful: Reaper is built to kill, but not to sustain damage, and one hit means the end of this scenario.

Each level in DEADBOLT is a 2D strategic stealth game where the main objective is to execute without being caught. Despite what I just wrote, not every level needs you to kill everything: hell, you’d do better to kill as little as possible in some places. But the idea is still to get in, carry out the mission assigned to you by a talking fireplace, and get out. Every zombie and ghoul you run across is armed in some way, and they all have a very, very strong aggression in your general direction. The Reaper usually carries a weapon himself, but there’ll be dropped items, from sawed off shotguns to his iconic scythe, that he can pick up to carry out the deed. Some foes will need a few hits to be convinced to stay down, and they are the most dangerous. After all, Reaper’s just bones, he only needs one hit. 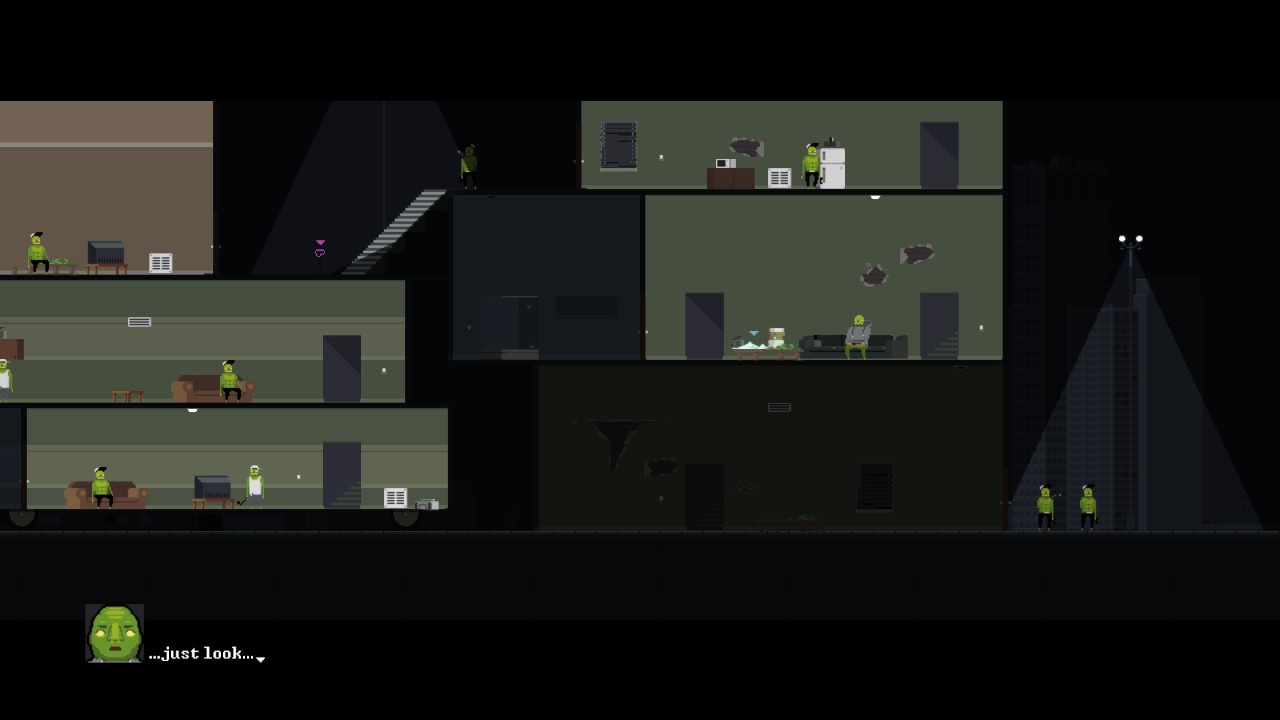 So it sounds like I’ve described a 2D version of Hotline Miami without the insane color work. What’s the twist? The twist comes in a twofold direction. Firstly, Reaper’s abilities to disappear into vents and pipes. This mechanic is so damn cool that you’ll find a multitude of ways to make it work for you. Drop out of a vent behind a zombie and get a quick headshot in before anything else can happen. Vanish into a floor drain to avoid being shot by incoming drugged-up corpses and wait till the fervor dies down before reappearing.  Cause mass confusion by jumping between different rooms of the house and distracting everyone long enough to pull off some covert stuff. And, my personal favorite, appear into a toilet as a zombie is sitting on it (I guess zombies need to use the toilet?) and explode them, getting an achievement and feeling very, very gross about yourself. Oh yea, this is a Switch title, but it’s got the achievement system baked in, so enjoy those little flags for yourself and no one else (still, be proud).

The one thing I have to say is that DEADBOLT is frigging HARD. Even as early as the second level, you’ll realize there isn’t a straightforward or easy way to do a single mission. Bouncers can take massive damage and will stomp you. The AI lets zombies decide between taking shelter to brace for a gunfight or charging after you. Turning off the light might distract the zombies but there’s no guarantee they won’t still hear you and pull off a shot before you can get away. There’s nothing more frustrating than going room-by-room in a vampire brothel and getting taken out by a screaming bat creature that you forgot about in a single room somewhere along the way. And, once you die, you gotta take the whole thing from the top. You need to be in this game and you need to LOVE what you’re doing, or you aren’t going to go anywhere.

But here’s the great part about DEADBOLT: it’s incredibly easy to love this game. The atmosphere of the world of Reaper and the locations he needs to “cleanse” are fantastic. It’s this wonderful use of pixel graphics that creates the appropriate levels of dark and dingy while still maintaining something that keeps focus and appearances. It’s like the difference between a game that’s constantly striking one note to instil a certain feeling (see also: Slain) and one that mixes in the ups and downs to make the drops even more significant. When you return to your empty apartment and sit down in an easy chair to get the next leg of missions from your unseen benefactor, it lends the feeling of how nonchalant the whole thing is. Sure, for you, this is a whacked out and crazy situation that you can’t even fathom, but, for Reaper, this is just October. 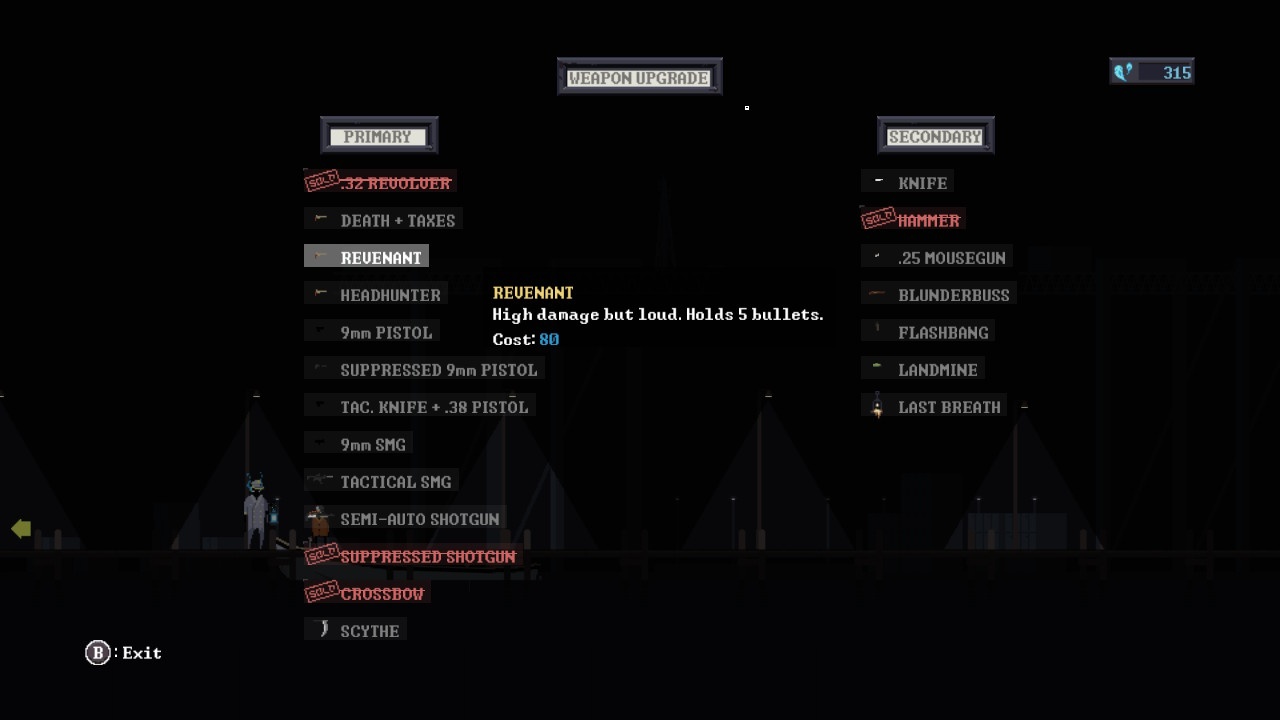 Additionally, the game handles disgustingly well, which is key to something this difficult. There isn’t one clear path to victory for each level, and Hopoo Games with Code Mystics really leave it on the player to decide the importance of every single engagement. Do you want to kick down the front door, cause a lot of noise and try to hide till everyone is anxious but in the living room? Or do you want to try and slip to the top floor and kill your way down? Each approach has its own pros and cons depending on the mission, and the possibility to unlock more achievements comes with every approach. I wouldn’t have been able to beat a bouncer to death with a hammer if I hadn’t taken out everyone else first, but that also means I had to kill everyone else while avoiding the bouncer, no small task.

Finally, the music. Oooo, we got that Chris Christodoulou soundtrack going, bringing some of the great beats and tunes of Risk of Rain, but I almost like the music better here. Risk of Rain was a fantastic soundscape, but you were more focused on the gameplay and staying alive than anything else. Here, with DEADBOLT, there’ll be moments of downtime where you’re waiting for the right moment, and that’s when you can appreciate and drink in the chilled out grooves and vibes. There’s nothing more satisfying than a jazzy, bluesy sort of backdrop while you’re murdering a bunch of undead, and that’s a level of appreciation that all the rougelike platformers in the world have yet to achieve.

DEADBOLT is another wonderful indie to make its way to the Switch, and I think fans of the 2D stealth genre should consider picking it up again. It’s been a minute since I’ve thought of this game, and being able to do a mission in between trains and during my waits for conference calls to start is actually really fun and keeps your mind sharp. If you want to step up and be your own boogeyman, there’s no better platform to try it on.

When the Reaper himself is coming to deal with the mess you’ve made, you know you’re in trouble.