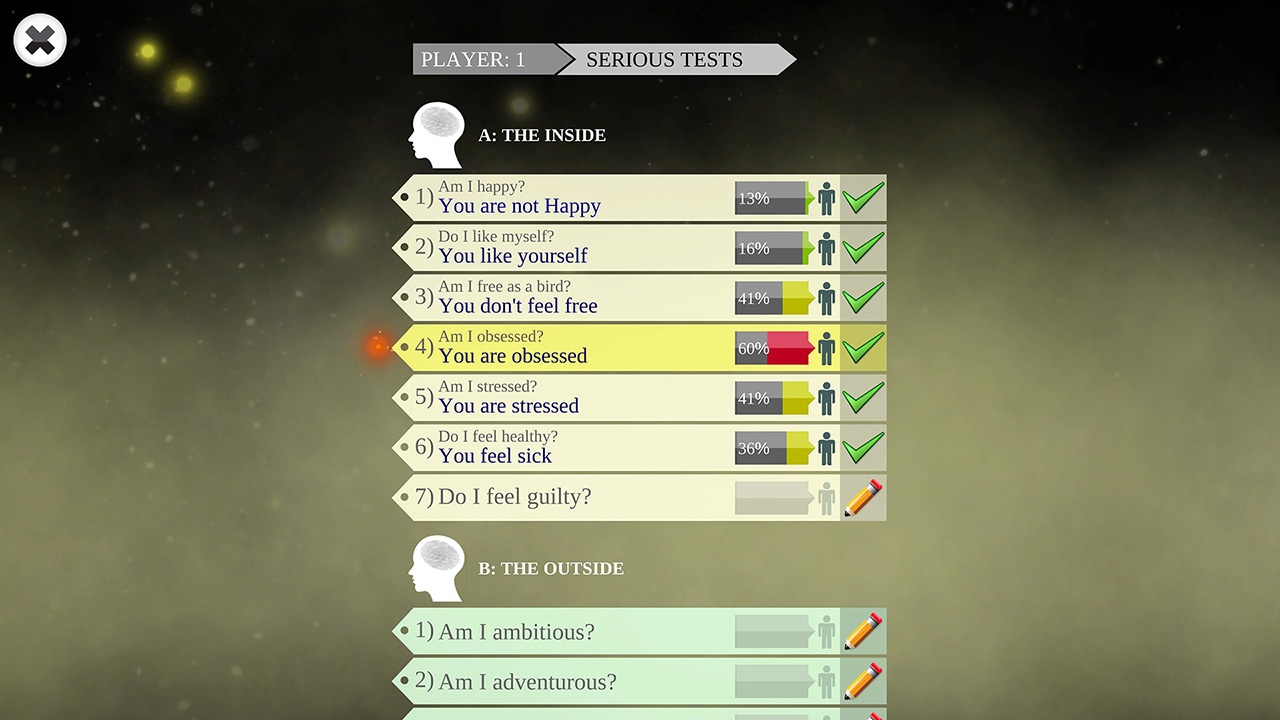 The Nintendo Switch has seen a swathe of ports since its release; usually in the premise of triple A Wii U titles and a series of games that were borne from the iOS and android platforms. Lately though, the trend seems to be moving more towards the transition of apps in a form of providing a different source of entertainment. The latest of such applications now comes in the form Crazysoft’s Personality and Psychology Premium, a title that has been devised to provide an analysis of your psyche; albeit one that sits firmly within the tongue-in-cheek style of application.

Although primarily an app, its style of play does produce a form of gaming; especially if played within the premise of a party game with a group of friends and family. The game provides you with a series of choices and options that revolve around the use of answering questions to ascertain your levels of existence. It has to be said that there are quite a staggering amount of options here, with options to play either solo or with up to five friends, a ‘serious’ test and a test that is plainly for laughs; although no matter what option you choose, the whole premise around this title isn’t one to be taken too seriously. 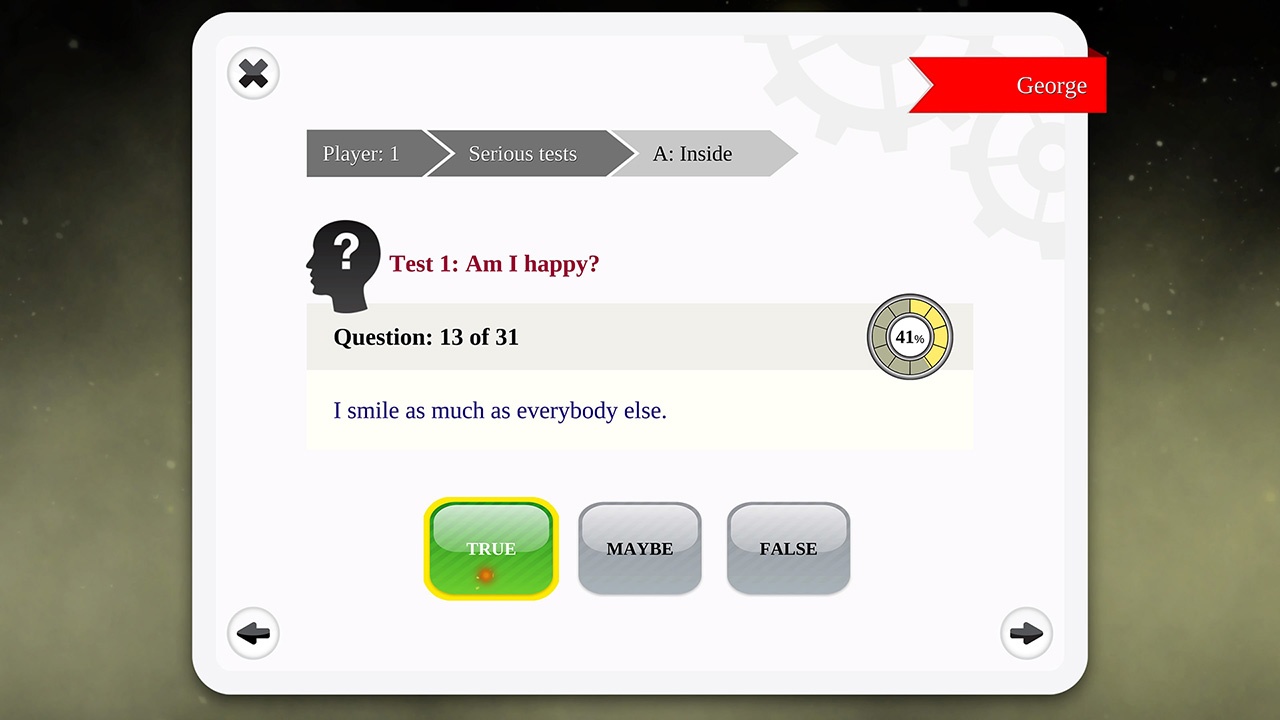 Once your initial selection is made, you are then presented a series of mini-game style choices that can range from painting objects to choosing images and answering multiple choice questions. In terms of playing through each of the sequences on offer, there can be some fun to be had; whether you play solo or in a party. In fact, this is a title that stands out a lot more when played with friends, often producing some laughs with answer choices or the final analysis. Everything here is presented in a very easy to follow manner and none of the options or mini-games are overly long in their execution; although the vast amount of options available to you can easily take a couple of hours, or an evening, to get through should you wish it too last that long.

The presentation of the game, or app, reminded me somewhat of the Dr. Kawashima’s Brain Training games on Nintendo’s DS consoles. It doesn’t contain the same level of depth, or daily tests, but plays in a very similar fashion with its nature of testing out your own personal profiles. However, despite its wealth of options, games and choices, this is a title that contains a very limited appeal, both in terms of playability and longevity. Once you have seen, or played through, everything that is on offer here, there’s very little incentive to return; unless you have multiple parties with multiple friends, or just played it drunk and can’t remember what each analysis produced. It should also be mentioned that there are some aspects of the game that revolve around questions of a sexual nature, so just be careful with whom you play the game with, especially when younger audiences are present. 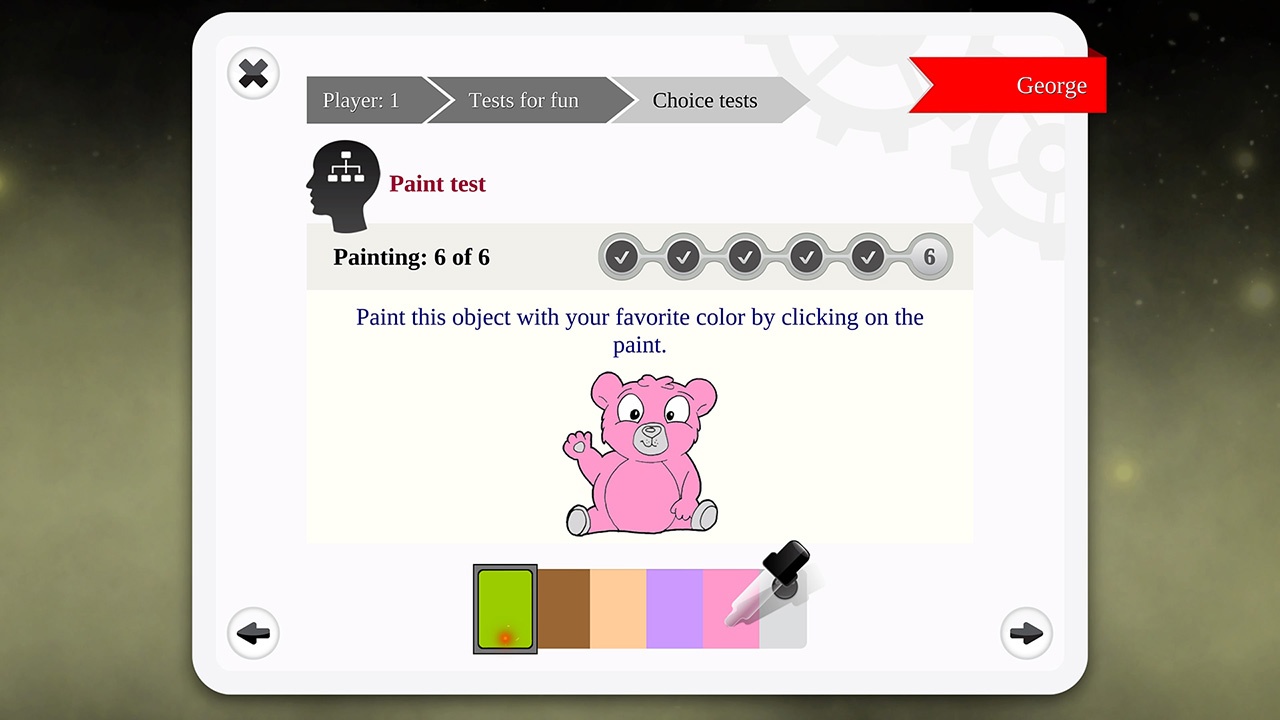 Because of its tongue-in-cheek nature too, this is a title that doesn’t really stand for anything. Whatever its results, they are never serious or actually true-to-life; although there may some instances where its diagnosis may match your personality or mood, but believe me, it’s simply coincidence as there’s nothing scientifically proven here. Because of this, Personality and Psychology Premium is simply a very casual affair. It entertains for a while for the solo player, but its premise is one that soon becomes tiresome. In a party though, it does fare better. Control-wise, everything is simple to navigate with single joy-cons per person or by passing around a pro-controller. In hand-held mode, this is a title that also supports touch-screen use; making it a fun little time-passer when on the daily commute or going on a long journey; especially with non-intensive mechanics being very light on the Switch’s battery drainage.

Overall, Personality and Psychology Premium is a fun little time-waster; albeit one that contains a very limited appeal. If used in the right context, it can provide some fun but as a serious app or a way of measuring your own psyche, then you simply won’t find that here. It’s ease of use and easily navigated menus and options make it an accessible title. Its vast majority of game styles and questions also makes it an interesting premise while it lasts, but in terms of longevity, I doubt that this is a title that will be returned to once finished; at least in terms of playing as a solo player. To put it simply, it entertains for a while but only in a limited fashion. If you’re looking for something different to do with friends, then this a cheap option that can produce some laughs; just make sure you don’t take it too seriously though.

Although it does contain some personality, the psychology of it all is one that only has limited appeal and longevity.