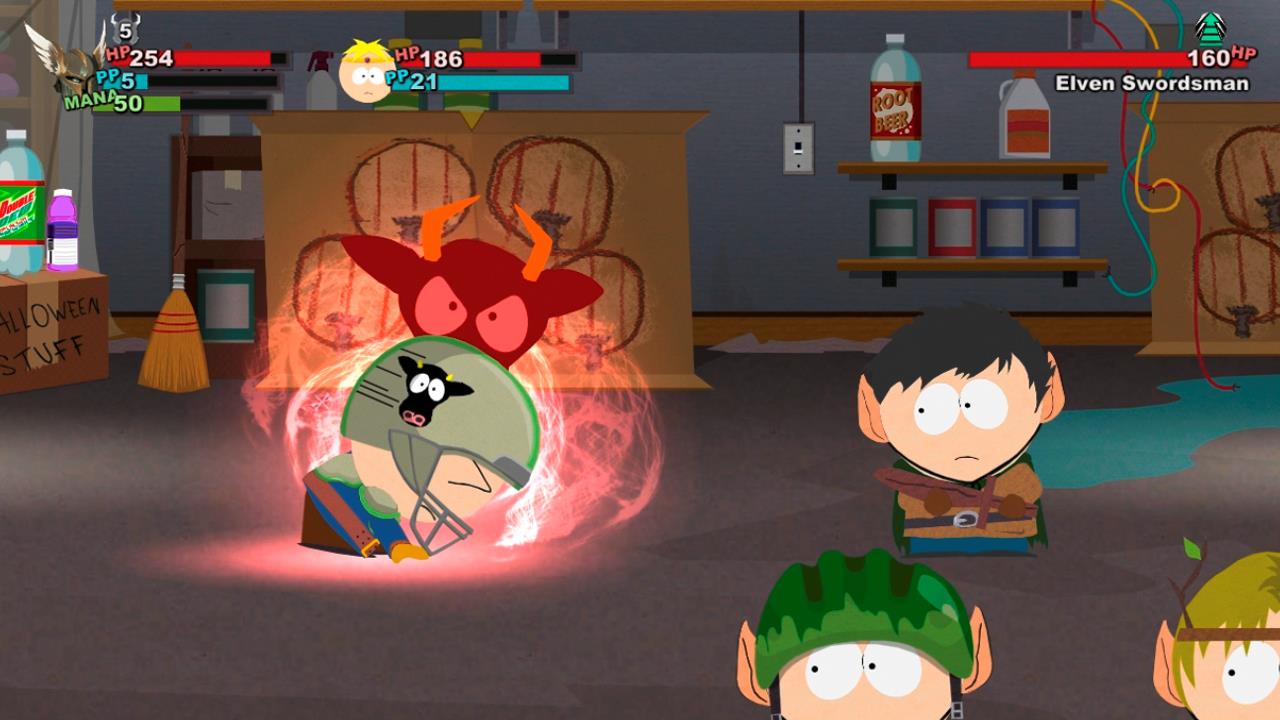 South Park might just be my favourite TV show of all time. Due to its satirical nature, it’s one of the few shows that seems to get better with each passing season. The video games though? Yeah, they’ve been pretty dire. Remember South Park on the N64? I do, and it was horrible. Sure, Let’s Go Tower Defence Play was ok and Tenorman’s Revenge wasn’t complete balls, but for the most part, that’s just me being apologetic for a collection of games that have never managed to capture the true spirit of the show and, more damningly, have never actually been very funny.

That has all changed with Obsidian’s long awaited, Stick of Truth though, a game that not only captures the look and spirit of the show, but thanks in no small part to the involvement of Matt Stone and Trey Parker, is often as funny as the show itself. Whether that makes it the funniest video game of all time is up to debate and will be based largely upon your own sense of humour, but make no mistake, The Stick of Truth would certainly be in the conversation, and for my money, provides more genuine laughs than any game I’ve played before. 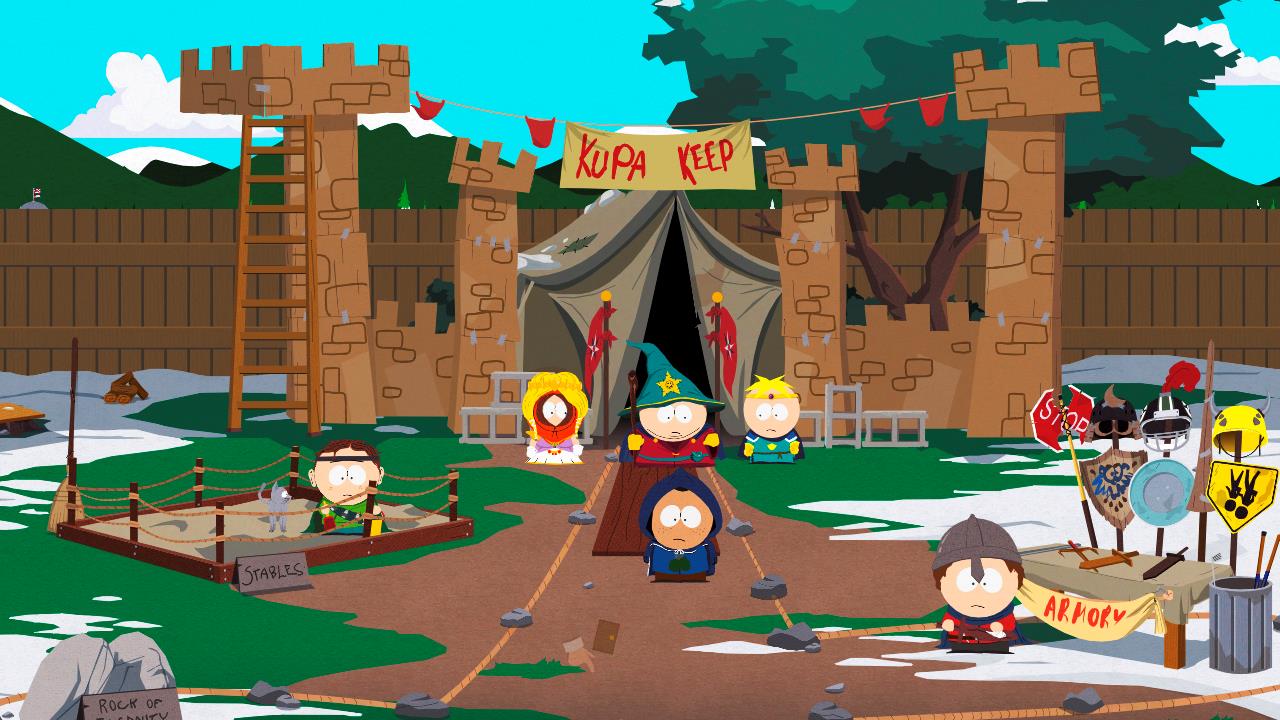 Of course, all the comedy and great writing in the world can’t make up for a crappy video game, but luckily, Obsidian have managed to match Matt and Trey’s input by creating a pitch perfect RPG template on which the world of South Park has been built. By stripping away a lot of the old fashioned conventions and streamlining the combat and inventory management, The Stick of Truth is able to keep a steady pace throughout with the whole experience logging in at around a rather athletic (by RPG standards), 12 – 15 hours of gameplay.

Traditionalists may take issue with the streamlined approach and others may consider it a tad too easy (it’s not the most challenging game in the world), but honestly, there are plenty of games out there that will deliver that kind of depth and that kind of challenge and are certainly much better suited to it. The Stick of Truth wouldn’t have worked nearly as well if you were forced to grind or carefully plan each attack and battle – this is bright and breezy stuff for the most part and it is absolutely perfectly suited to the source material.

That’s not to say that what is here is in any way a disappointment though. Sure, the depth of customisation is shallow to the point that the 4 classes, the Fighter, Thief, Mage, and ingeniously named, Jew, are all a little too similar, but the fundamentals are rock solid with Obsidian, a developer with a very strong track record in the genre, delivering a battle system that is consistently engaging without ever falling into the trap of potentially alienating more casual fans of the show. 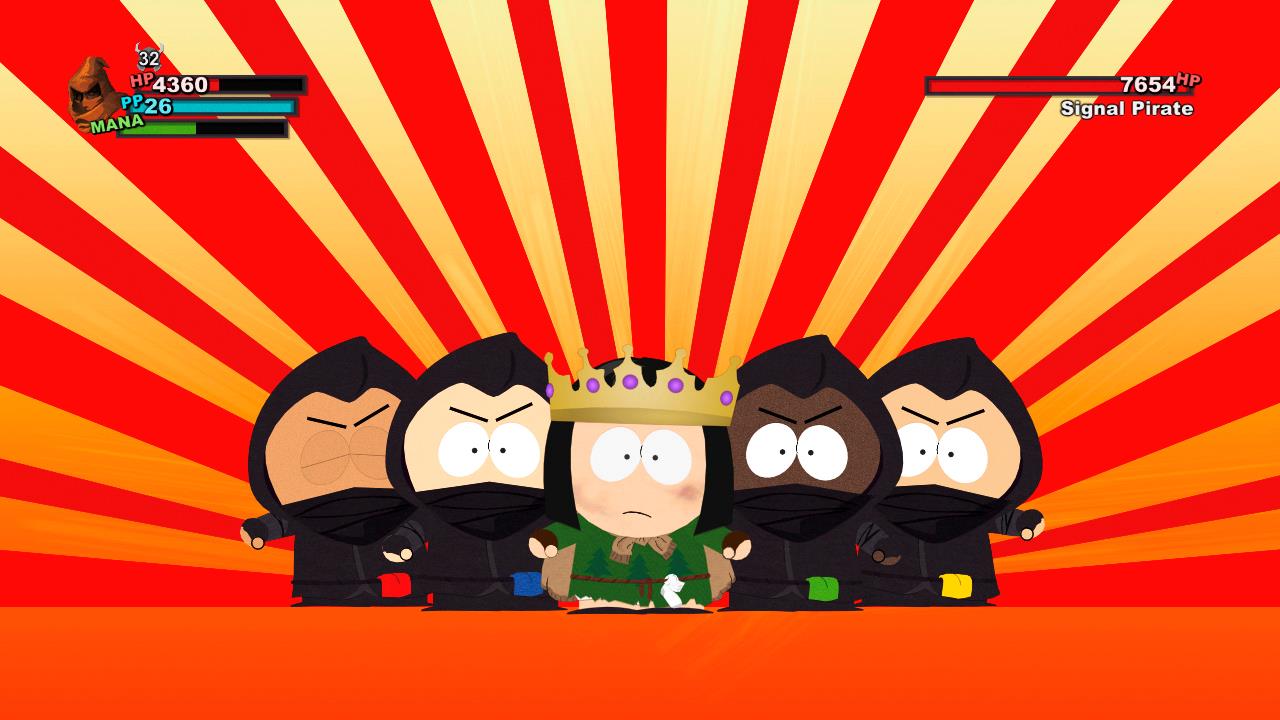 Whether you be a ‘hardcore’ gamer or not, there is more than enough underlying quality to keep fans of the show happy. From the slick, fast moving and consistently engaging, Paper Mario inspired battle system to the plethora of in-jokes aimed equally towards both fans of the show and of the gaming industry at large, The Stick of Truth, from beginning to end, feels like a true labour of love for both Matt and Trey and the development team at Obsidian. For a game that has seen a change in publisher and an array of delays, it really is amazing that we have ended up with a product of such consistently high standards.

Console gamers may feel a little aggrieved at the rather nonsensical European censorship (especially considering that the PC release remains unchanged) and sure, those looking for something with a little more meat may find the decidedly lean fundamentals somewhat disappointing, but for a game attempting to appease both the casual and the hardcore (as to ensure that no South Park fan feels left out), it’s hard to imagine a more successful final product. From the TV show quality visuals, the pitch perfect voice work and consistently brilliant (and consistently outrageous) script through to the impeccable battle system and solid and always entertaining core gameplay, South Park: The Stick of Truth stands as one of the funniest and most successful video game tie-ins of all time.