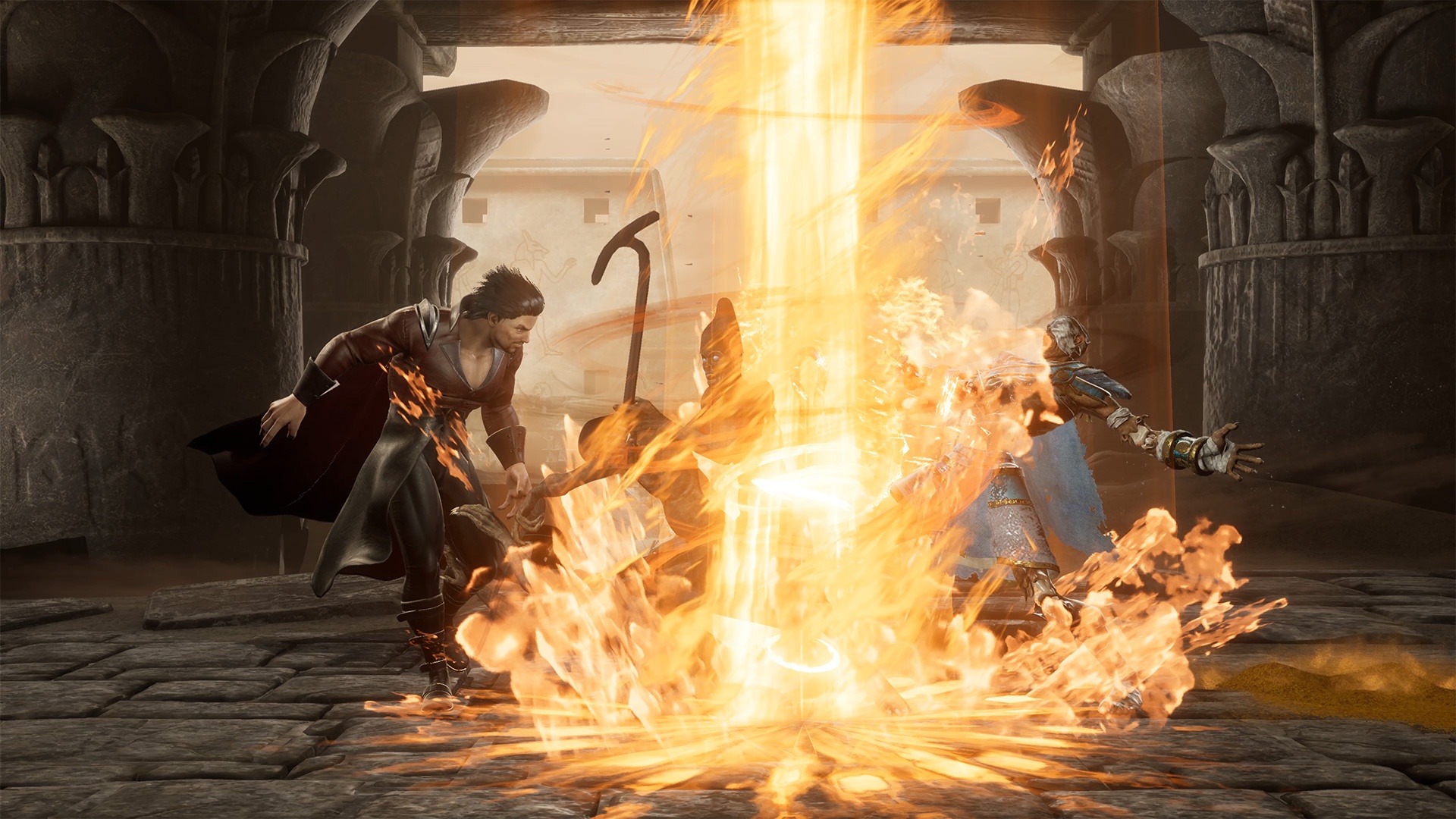 Fighting games were a gripe of mine since forever, as I always wanted to get into them, but never had the time or patience to spend hours upon end, to master every character, and each and every move. And while I’m not opposing the idea of ever new and improved fighting games, then I have to underline that fighting games, just like Metallica which finished on Ride the Lighting, in my eyes, have peaked with Tekken 4, and ever since plateaued, if not declined in both form and quality.

Sure, not everybody is as bitter as me when it comes to this particular genre, but even the most hardcore members of the FGC will admit that fighting games are not what they used to be.  As games such as Tekken and Streetfighter have begun to take their fans for granted, and spiralled into underhanded, greed induced schemes, which have put off many from even trying those longstanding franchises. However, the quote-on-quote heel turn of the major league players, has opened the doors for smaller, indie fighters, which would otherwise had no chance in hell. And over the years, we have been presented with games such as Skull Girls, Divekick, and more importantly the recently released Omen of Sorrow.

Omen of Sorrow, just like each and every new release promises to deliver an experience which none of us have even seen before. And to the title’s credit, it does have an interesting feature or two, but its main selling point which revolves around its theme, is rather underwhelming to say the least. And that’s not because it is necessarily poorly implemented, but simply because it has been oversold by the developer, and is in many ways far from what many may expect, after reading one of the title’s press releases. 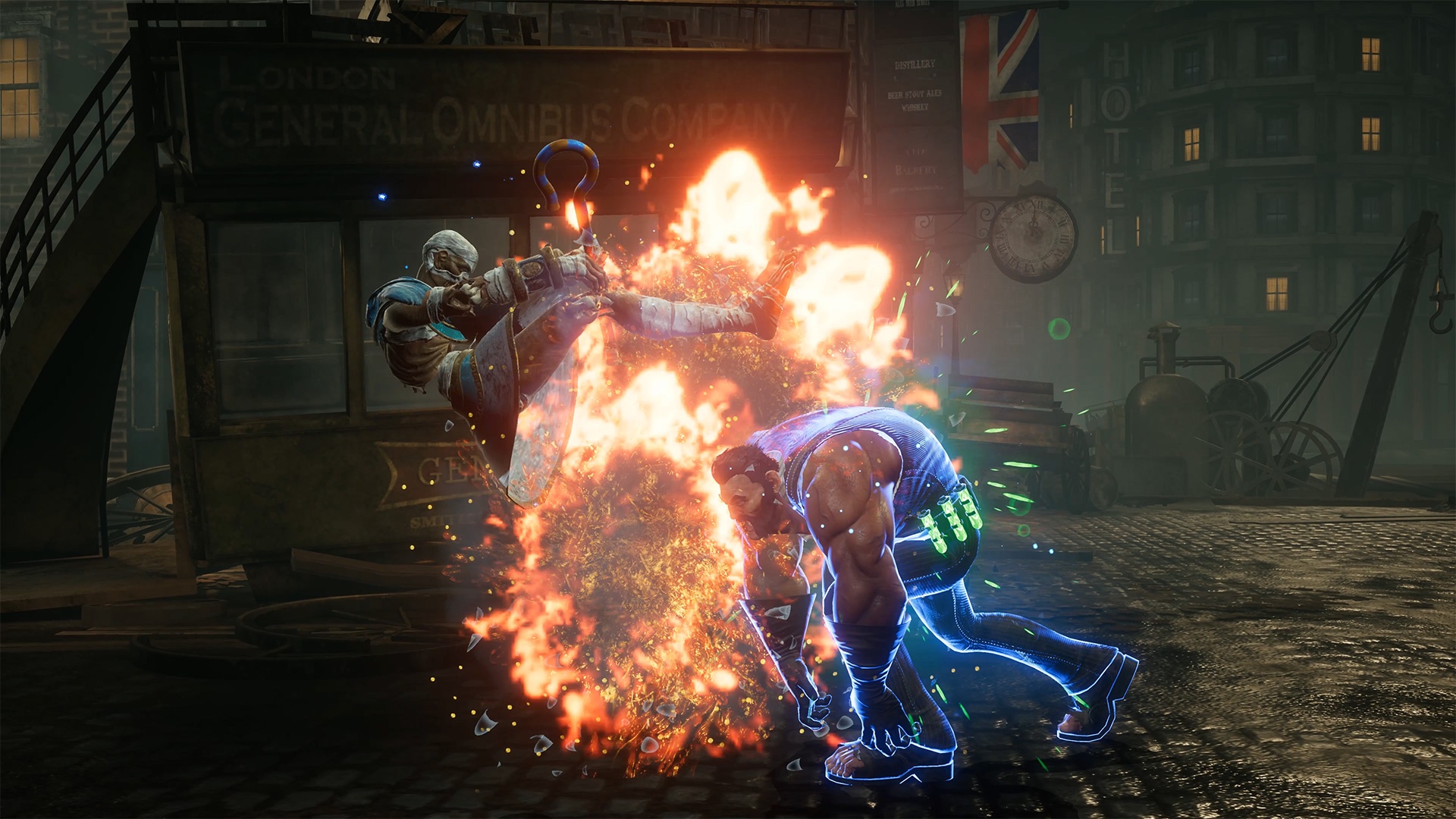 Omen of Sorrow revolves around the idea of characters pulled from a world of fantasy horror, who are pitched against one another in a plethora of modes. And after reading the term fantasy horror, you may be expecting to see characters such as Nosferatu, a humanoid Kraken, the ‘’monster’’ of Rue Morgue, Frankenstein’s monster, or even the Baba Yaga – but no, the best that Omen of Sorrow can do is Quasimodo, and a werewolf. And while you’ll find more than those two characters within the title, then it has to be pointed out that they are all rather unfitting for the game which concentrates on gothic, fantasy horror.

In total, Omen of Sorrow features 12 characters, of which you have probably ever heard of two, maybe three.  Which in comparison to the upcoming Super Smash Bros, or even the not-so-recently released Tekken 7 is rather laughable. And sure, character rosters are not everything, but when you have a game with only 12 characters, of which two have to be unlocked by playing the ‘story’, you are not exactly getting a bang for your buck, or rather fifty bucks – as Omen of Sorrow, despite of being an indie game, comes at a near-full retail price.

Pricing sure is an issue when it comes to this particular release, as it is not in line with the content featured within it. Sure, Omen of Sorrow does possess a plethora of modes, which outshines the launch edition of Streetfighter 5 by a country mile, but those feature a rather lacklustre, and indie-like infrastructure, which takes away from what clearly was meant to be a AAA experience. And there are signs of quality throughout, but those are just signs, and they are unfortunately nowhere near the level which we have come to expect from AAA titles these days. 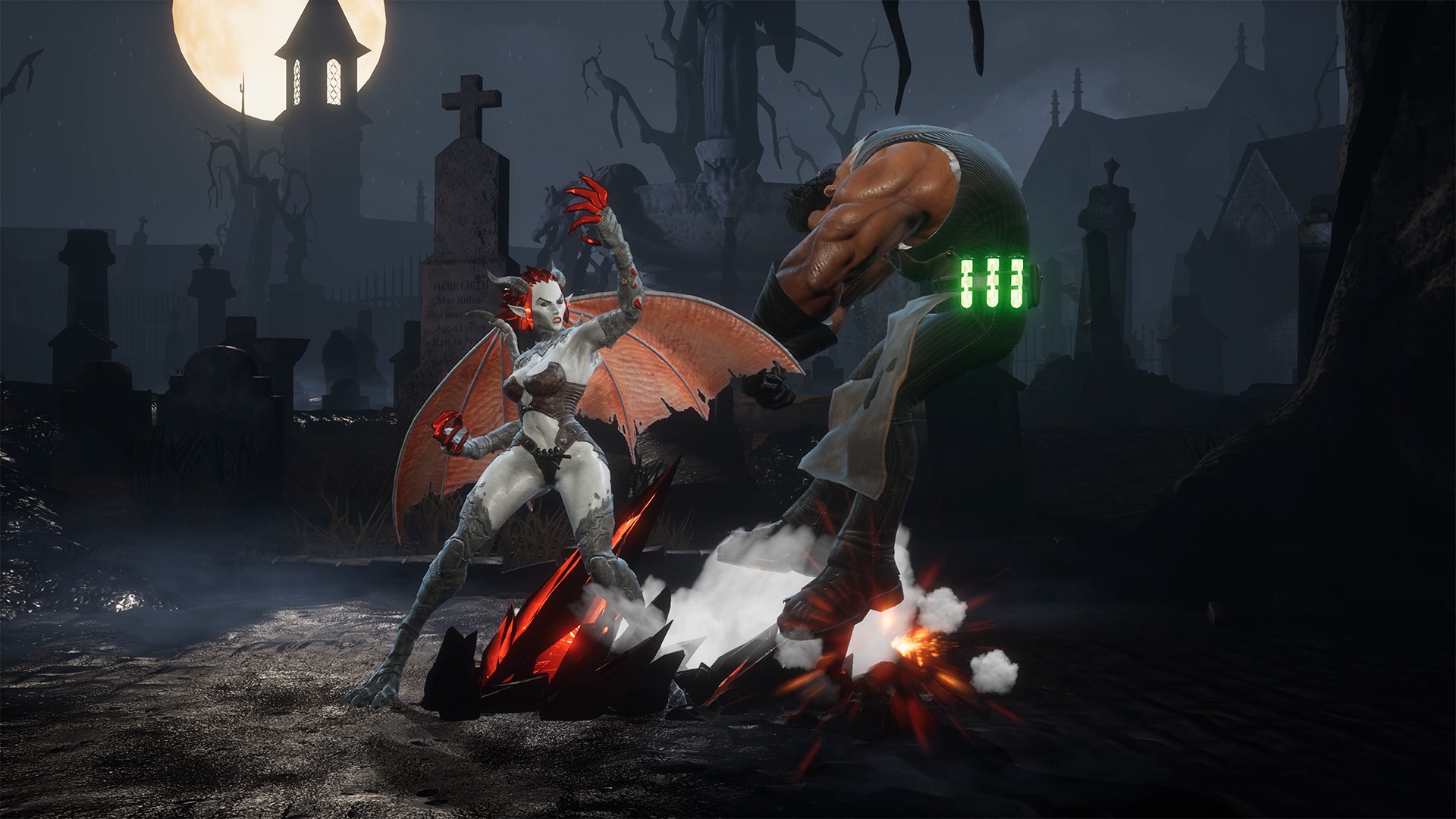 Now that we have all that’s bad and underwhelming out of the way, we can concentrate on all that’s good about Omen of Sorrow. And in truth, what’s the best about this particular game is its combat system, as it is both meaty and impactful, and it makes you feel like each and every strike actually causes some significant harm. And what makes it even better, is the fact that the fighting styles differ drastically from one character to another, meaning that no two fighters feel exactly alike. And while they all may not exactly be a joy to look at, then they are all wonderful to play with. You will only find 12 of them at launch – more may come at a later date – but even with so few of them, you will surely find one which will suit your style and preference.

Omen of Sorrow is a fighting game first and foremost, and the fighting itself should be the most important thing about it. But when you are expected to pay nearly £45 for it, then you are in right to expect more from the title, also. As for that price you can get either of the current gen fighting games with all bells and whistles attached. And personally, I somewhat baffled by the publisher’s choice of pricing as it does nothing but bury the title’s chances of survival in an already immensely crowded season. And with titles such as Battlefield V, Hitman 2, and the new Pokemon game releasing within days, it is more than likely that Omen of Sorrow will be dead on arrival.

Omen of Sorrow, in many ways, is a confused game. As seemingly it misses the mark on all its promises, bar one. As while it is a fighting game through and through, then unfortunately it is by no means a horror game, as it simply lacks the atmosphere. And while it wouldn’t e be out of line to call Omen of Sorrow a disappointment, as it can disappoint one in many ways, then it has to be said that even with all its flaws taken into consideration, it is still a somewhat decent fighting game. But unfortunately one which is simply not worth its asking price.

A semi-decent fighting game, but one which is simply not worth its asking price.