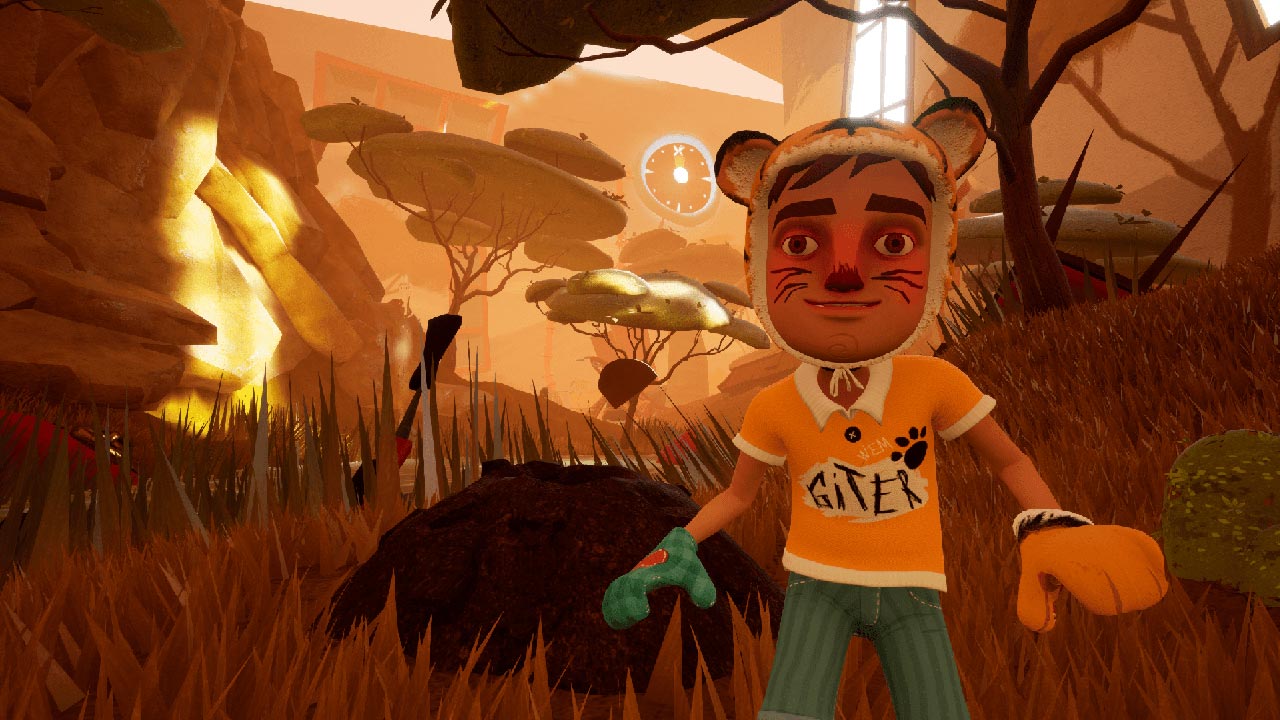 It’s probably been twenty years since I last played a game of Hide and Seek and I’ll admit, I was never very good at it. Easily spooked, too fidgety to keep quiet and hilariously bad at fitting into confined spaces, it’s safe to say as a kid I would have been pretty screwed in the Hello Neighbour universe. Now, with turning thirty looming over me, I reckoned I could go toe to toe with stealth’s finest; after all, Snake taught me the multifunctional diversity of cardboard boxes years ago. Alas, it turns out I’m not the super sleuth I thought I was, but it wasn’t entirely down to my own shortcomings.

Hide and Seek serves as a prequel to last years Hello Neighbour and it’s pretty much more of the same; you puzzle solve all whilst trying to avoid getting captured by a pursuing foe. The game serves to give the first title a little more backstory, as this time you play as the titular Neighbours daughter Mya as her and her sibling play Hide and Seek throughout their childhood home. As you progress more is revealed about the Neighbour and the dark goings on presented in the first game, and fans will appreciate how keen the developers are to give this seemingly run of the mill puzzler some depth. The atmosphere is well realised and despite the fact it looks cutesy enough the game harbours a sense of doom that spreads throughout each of its five distinct stages.

The environments presented in the prequel are less confined and give more breathing space than in the previous title, with each map serving as a gateway into the children’s imagination. Dusty deserts with giant birds, icy graveyards complete with zombies; it’s a much bigger, elaborate experience and each area is genuinely interesting to explore. The siblings adjust to each new environment too, to echo the adventure they’re acting out, for example in one particular level the brother appears as an officer trying to chase you down as you attempt to ‘steal’ money as a thief. 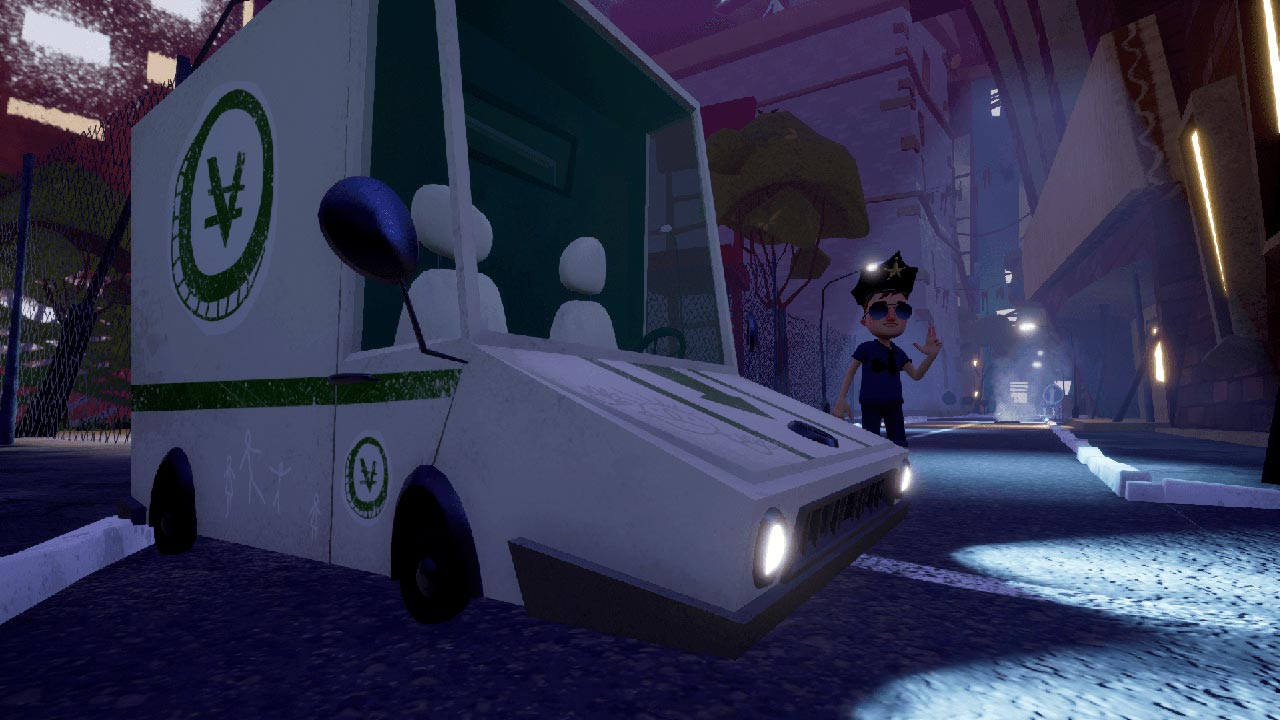 There’s fantastic commitment to really nail the feeling of childhood whimsy, but unfortunately cracks begin to show rapidly with both visual and performance disturbances in abundance. It’s not a particularly pretty game, but even by Switch standards it looks particularly gross and cutscenes aside, it looks more suited for mobile gaming rather than console release. Texture pops and glitches are a common sight, but what’s more frustrating is the gameplay issues. Floaty mechanics make platforming difficult and it’s not uncommon to find yourself stuck between walls or have a much-needed item trapped in an inaccessible area. These inaccuracies often lead to premature death, giving your AI brother a chance to gain the lead on you when he’s giving chase.

The AI is one of the biggest draws in both titles, with the Neighbour and your brother having the ability to evolve as you play, setting traps and reacting to you when you’re spotted. When it’s good its terrifying, and the tense chases are genuinely horrible. One noteworthy moment happened when the familiar tinkling of the chase music kicked in, signified that I’d been spotted, making me panic mid-puzzle to make my escape. As I ran I turned to see how close my brother was, launching a box I was holding to block him off. I expecting him to stutter and fall, but while it slowed him down for a second, he booted it back in my direction, throwing me off long enough for me to drop my guard resulting in my capture. It’s these moments where the everything works as it should that make Hello Neighbour shine, but they’re few and far between as too often than not it doesn’t complete its quota. A majority of the time if you’re spotted you can just run until the AI forgets it’s even chasing you, because as soon as you’re out of his field of vision he usually returns to searching for you in the opposite direction. 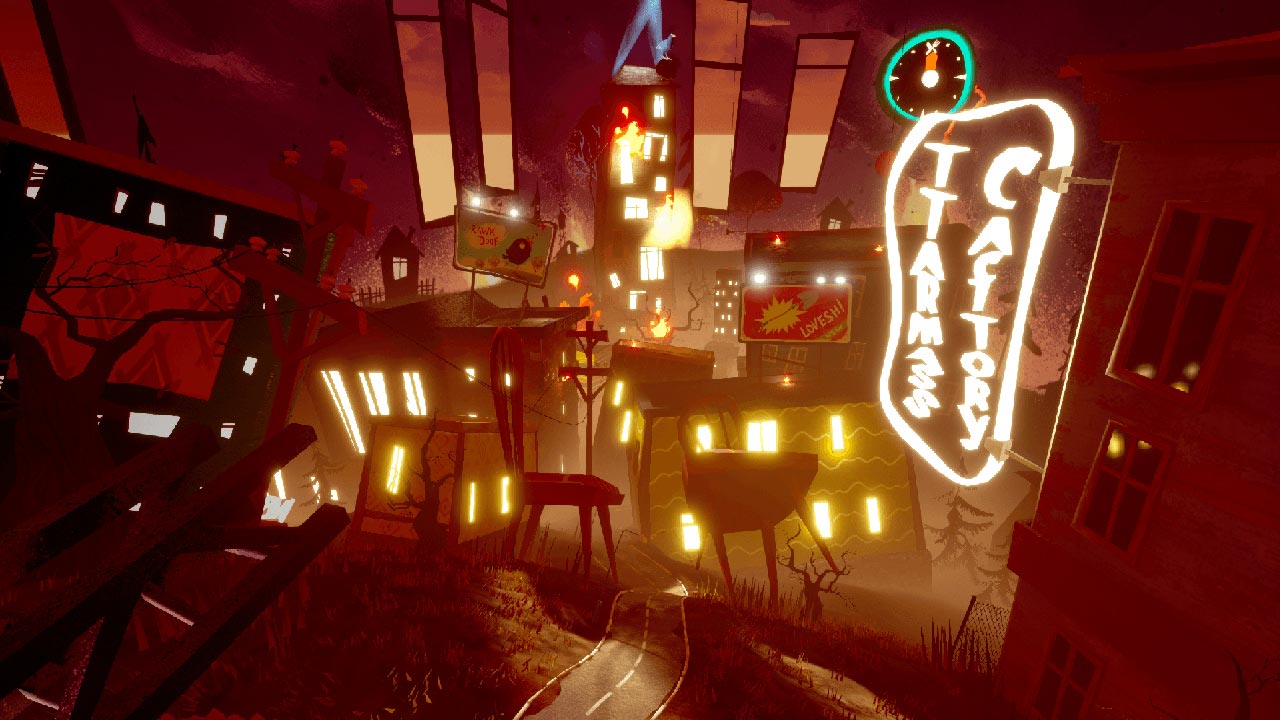 When you aren’t hiding you’re completing puzzles, but this is where my biggest issue with Hide and Seek crops up; it’s just not that fun. The puzzling is mostly illogical and downright frustrating, and whilst you can easily see the game through within an hour, without the aid of online walkthroughs you’ll spend a majority of your time wondering around aimlessly, trying to work out what you actually need to do. There is a hint option that doles out vague hints, but for the most part, you’re on your own.

Most puzzles are fetch quests, but frustratingly items don’t return to their original location if you get caught, so you’ll have to relocate any dropped loot post-capture. Due to the potluck nature of the puzzle system it means you spend more time trying to work out what to do rather than doing anything meaningful or sadly, enjoyable.

I can appreciate the draw to the Hello Neighbour series. The moody atmosphere and the developers commitment to selling the world they’re building is admirable, but the gameplay just isn’t interesting enough to draw you in. The puzzles are boring and nonsensical, the gameplay is inconsistent and frustrating and visually it’s dated and buggy. There are far better options for puzzle fans and stealth fans alike, and unfortunately the horror aspects aren’t enough to save this messy adventure.

Experience playing a game of hide-and-seek with your brother as you both deal with a loss of a family member.