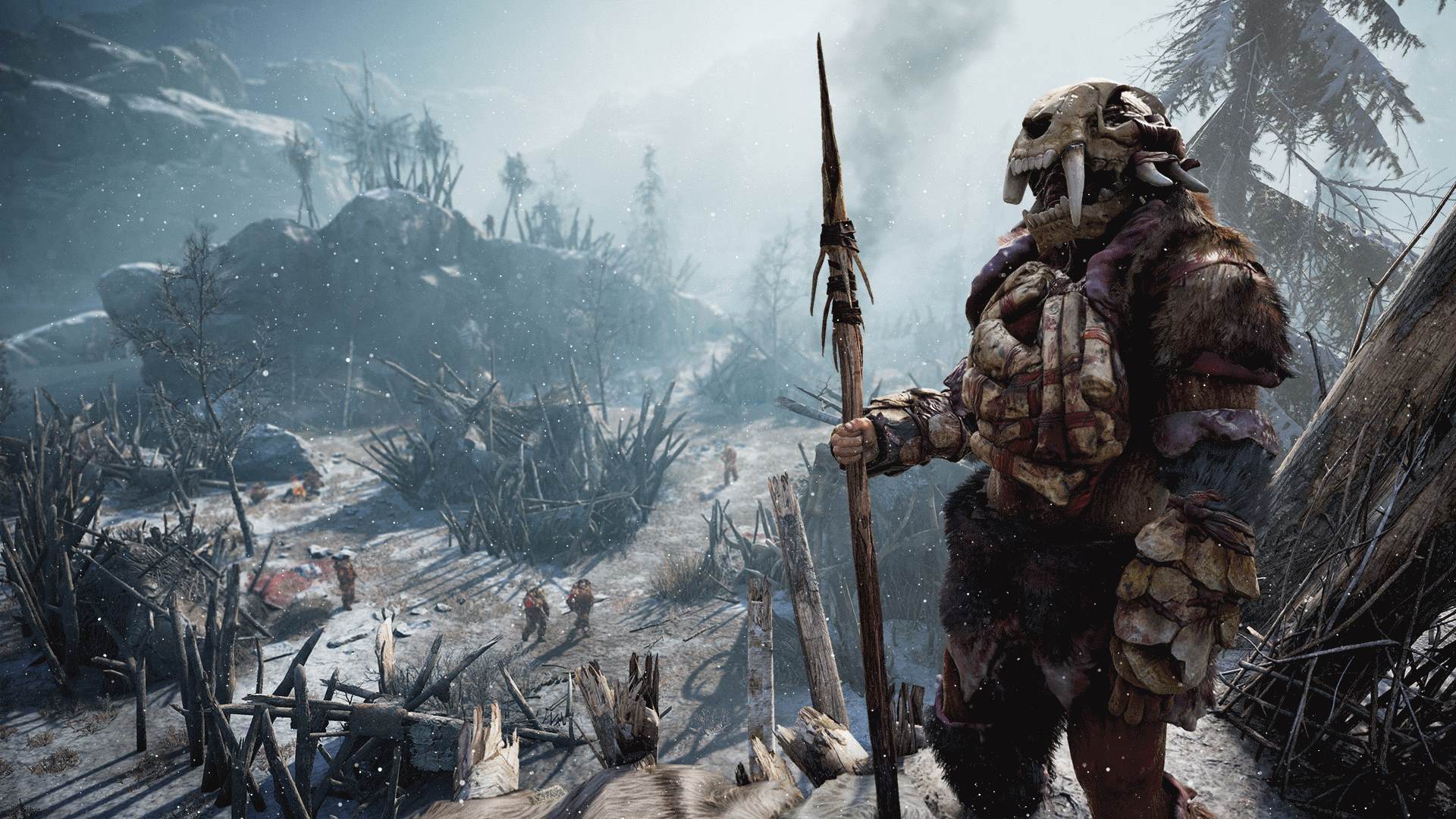 Unlike prior titles in the series which saw gamers enter foreign lands as a mere traveller who eventually eliminated the countries tyrannical oppressors and freed the county’s citizens, Far Cry Primal sees players take to the lands of Oros, homeland of the Wenja which has been sieged by multiple enemy factions who seek to exterminate the Wenja tribe and claim their lands.

Far Cry Primal starts as players hunt a herd of large mammoth with their Wenja brothers in a large open grassland, before a large sabretooth tiger ambushes them separating the protagonist from his friends and allies. Following this players are tasked with obtaining a food sources, and finding their way to Oros, the current home of the Wenja, in order to gain allies, and reclaim Oros from its cannibalistic oppressors. 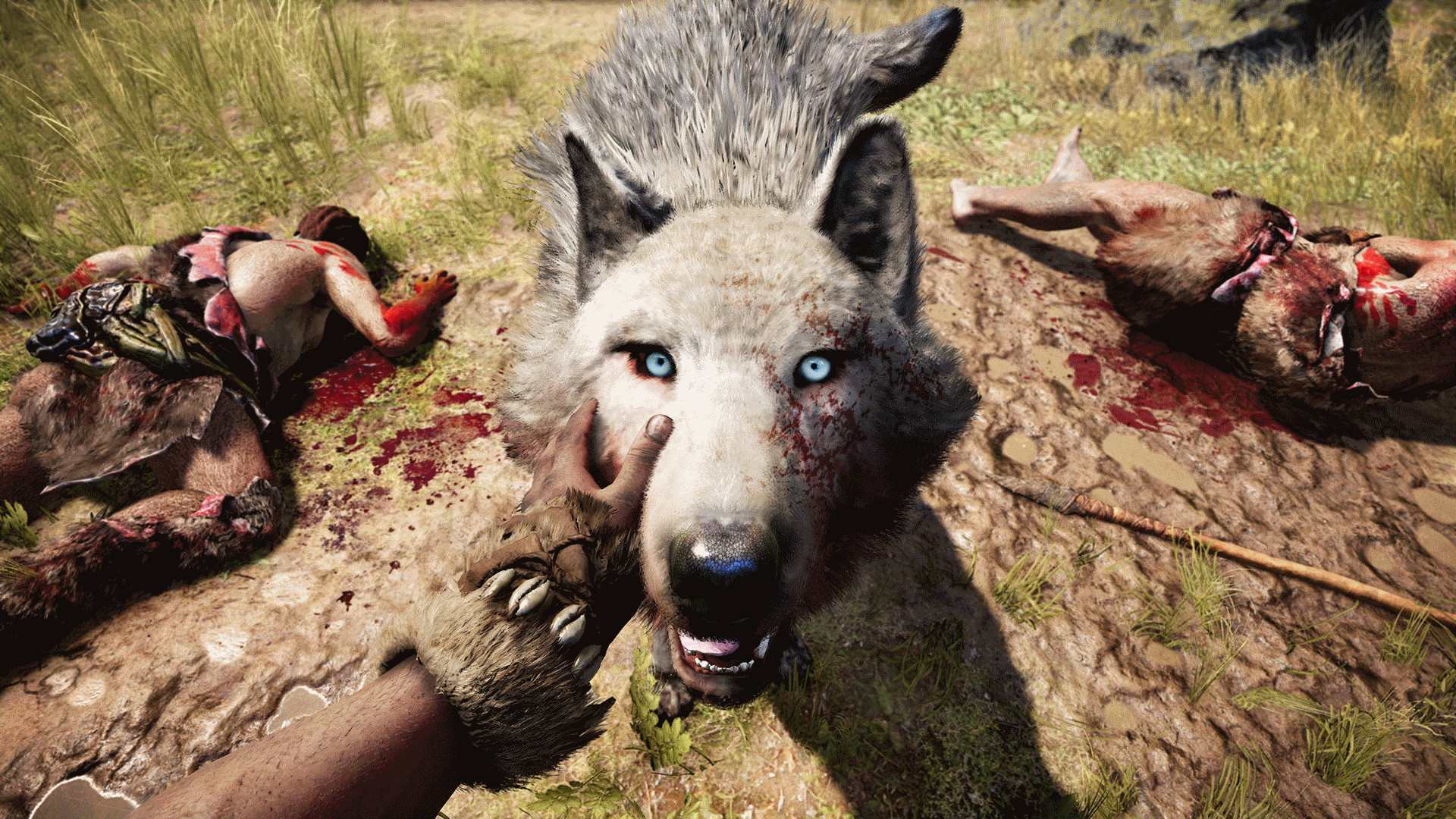 Far Cry Primal sees the removal of several large aspects of prior titles such as the transition from guns to a range of more primitive weapons. However, this change also sees the debut of many new features too such as the beast tamer skill. This new skill allows players to gain control over a previously tamed beast whilst gaining their abilities. For example players are able to utilize an owl to perform reconnaissance over enemy territory, or a sabretooth in battle in order to eliminate enemies. However, this ability also gives players large amounts of power depending on their beast commonly making Far Cry Primal’s battles and stealth missions easier and less exciting.

Another new addition to the title is its new setting, which contains an array of new forms or transport as well as an alternative from securing radio towers. This new environment also paves the way for several new gameplay features such as hunts. During hunts players are tasked with eliminating certain beasts in order to obtain food and supplies for their clan. Furthermore the debut of this new time period allows players to obtain access to a range of new and primitive weapons, such as a makeshift bone, or a hatchet. However due to this lack of powerful weapons from other Far Cry titles players must utilize both the environment and their tamed beasts in order to eliminate their enemies, such as surrounding fires.

Due to its current generation only release, Far Cry Primal benefits from several new graphical elements, from the embers of a dying fire to the grass in a field. This new graphical status also gives players an advantage as areas are commonly dimly lit by fires or small opening of the sun, allowing for drastically more stealth options during the game, as well as the ability to scare beasts away utilizing fire. The title’s audio also allows for several more in-game features and options such as detection of enemies during darkened environments, and large areas of grassland. This also adds extra immersion into the game with the drips of water as players explore a cavern, or the roar of a distant tiger in the wilderness. 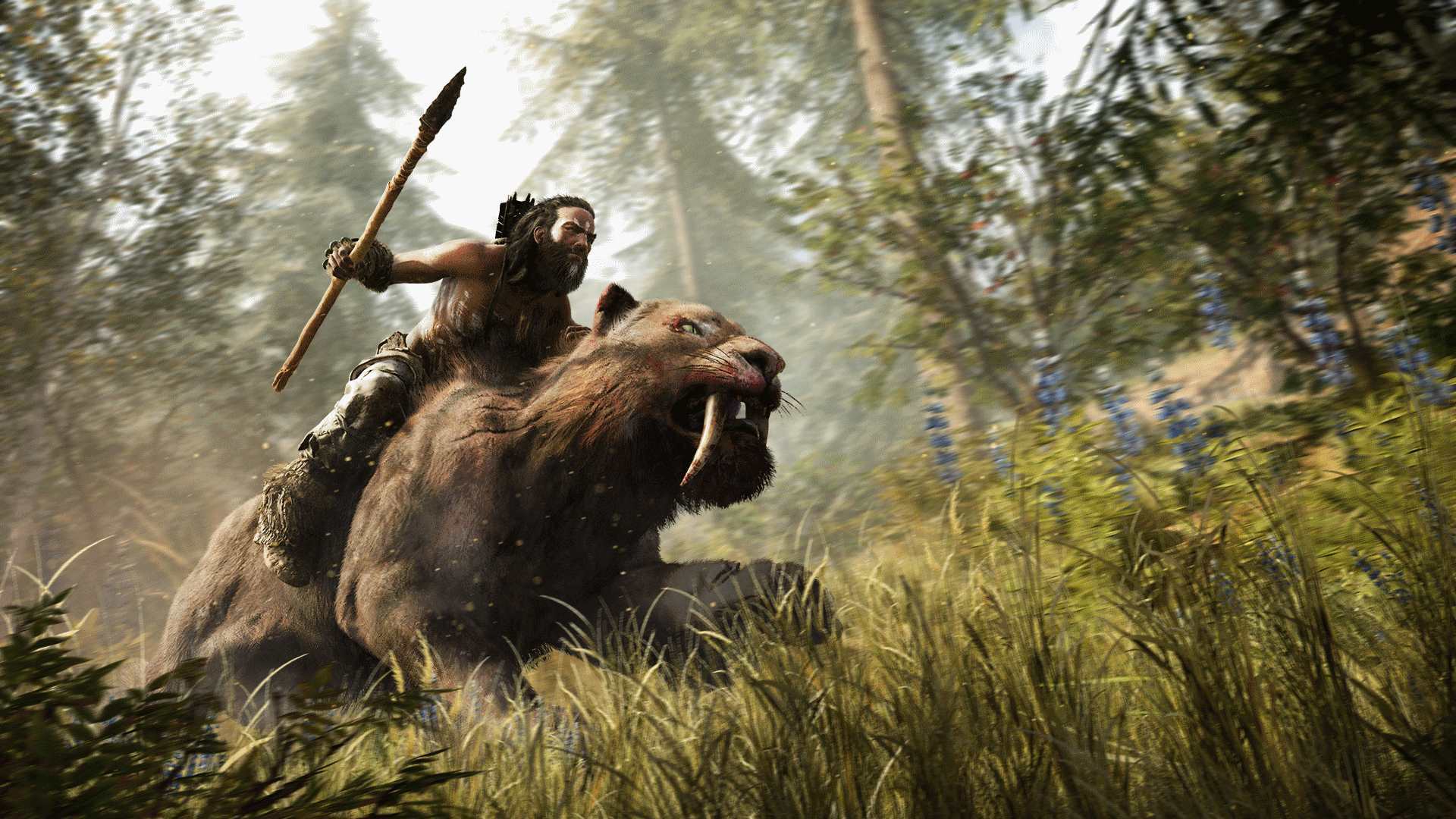 During their play through players are able to recruit several of their Wenja brothers and inform them of their local village in order to increase  its population. However, there are also dangers regarding this as the game’s cannibalistic enemies are able to attack local camps at which point the player must return to their base and eliminate all of their intruders. If the player is unable to do this fast several Wenja could die during the raid, forcing players to return to the wild and recruit more. This is not all players are able to partake in, as throughout Far Cry Primal’s world there are several large side quests regarding a number of characters and objectives, this adds both more replayability to the title as well as more excitement than the main storyline.

With its several new aspects regarding gameplay characters, and questing Far Cry Primal separates itself from prior titles in the series. Alongside a range of new graphical abilities the title offers up both an exciting storyline and an extensive number of side quests alongside it, making Far Cry Primal a must play for both returning fans of the series, and new players.