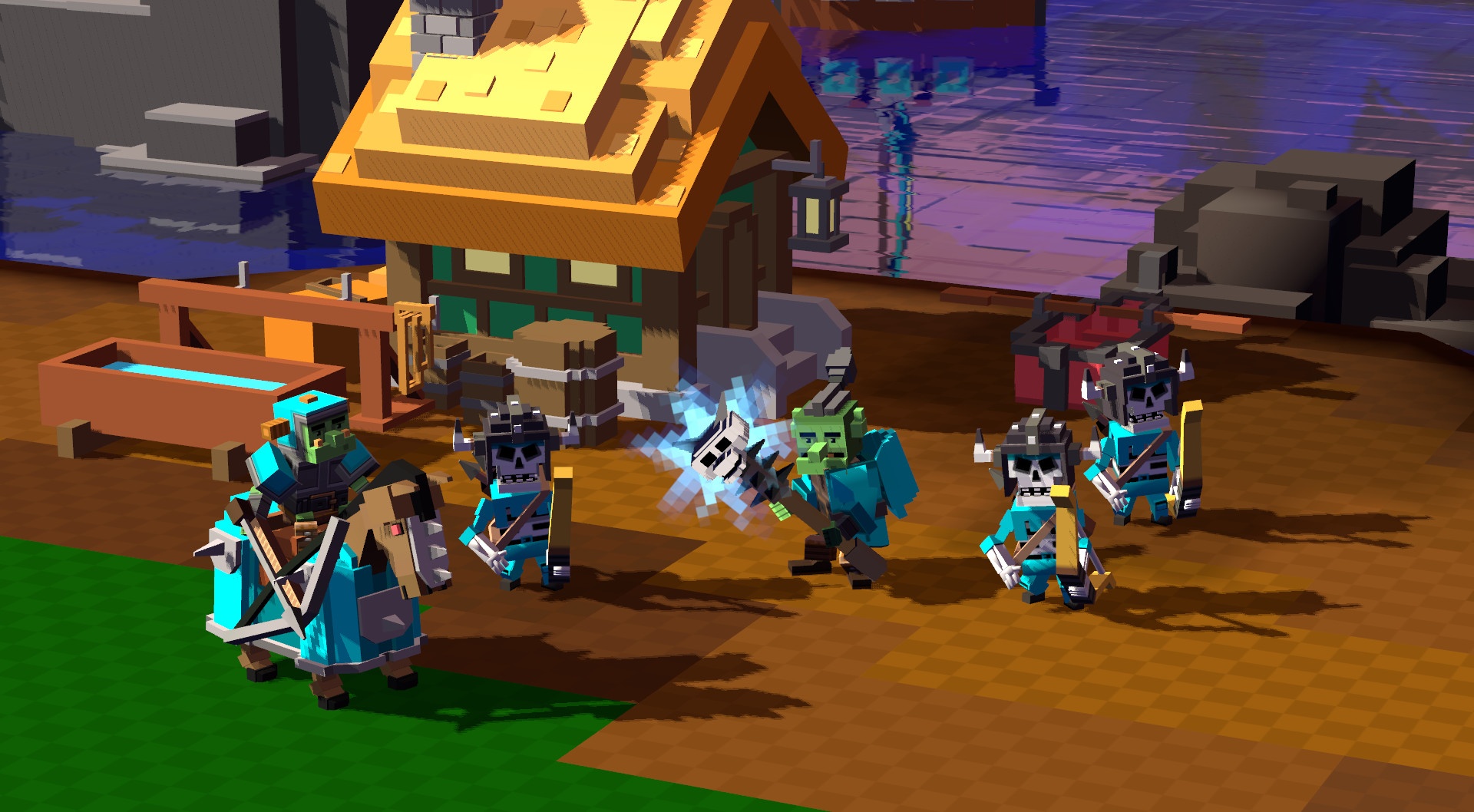 8 Bit Hordes reminds me of both Warcraft and Minecraft in its aesthetics, and in some way, motives for why you are playing in the first place. You’re building up resources and a squad to take on the big bad. Except in this case your craft revolves around dealing with your opponents in the RTS arena.

Real Time Strategy games are either going to be your thing or not, they are a genre that have a huge fanbase in both terms of current titles and old-time classics. For many, RTS games were the first they played on their PCs along with the likes of Civilization, and Petroglyph have settled for making 8 Bit Hordes more of an accessible venture than most.

Faced with a choice of modes to begin with from the off, from an ongoing campaign to a simple jump in a skirmish option, Hordes attempts to provide an online multiplayer mode and a raft of various challenges to keep the longevity to a maximum, while giving a roster of characters to keep the game looking fresh while you play. Multiplayer seems to be a dead duck out of the starting gate unfortunately at the moment, so the chances to experience that were pretty much next to nothing. However, the other modes are still accessible and do offer you lot of choices to help increase the longevity. 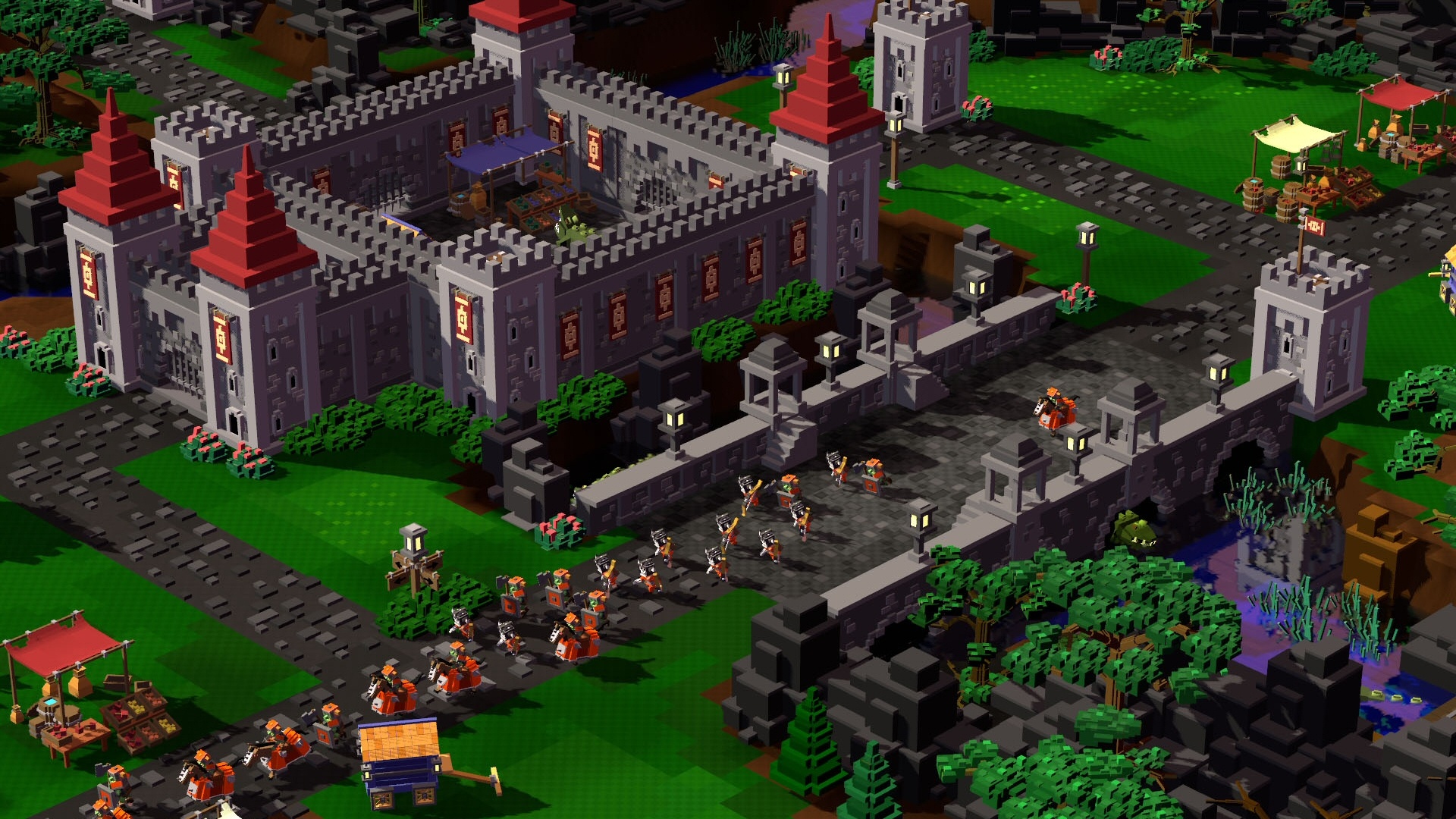 Gameplay as stated above is designed to be easy to jump in and start conquesting as quickly as you can. As expected with any RTS, resource and building are key if you want to win, and both are accessed by a simple press of the R1 or L1 buttons which will bring up either the unit or building wheel. Buildings are placed based on land size required and then will go through a normal production time window before they appear. Units on the other hand are directly assigned to buttons when you instruct them to be built. Building bigger buildings allows you to unlock even better units and buildings as you would come to expect for any game of this genre. There’s something really charming about the entire graphical presentation of the game, and in some ways it can help you forgive some of the shortfalls Hordes throws up.

Everything apart from the resource gathering units are controlled through the wheel control system and it allows you to gain some control over your armies, though until you’ve played a few games, like me, you’ll just assign troops haphazardly and hope that it gives you the victory you need.. It kind of works but in later levels, you’ll be sufficiently punished for just loading up with any old soldier if you expect to take down the opposition. There is a clear rock paper scissors kind of situation going on here, and it will take extended plays to fully understand the meta of what is going on, even if sometimes you get the feeling the game delights in making life very difficult.

8 Bit Hordes is a difficult game to play in terms of how it controls and in some ways that’s pretty unforgivable considering the need for such preciseness in this genre. You feel it has been ported over from PC without a real regard for how the Playstation controller would handle things or where the player would sit when they were playing the game. The selection wheel for both buildings and units is finicky at best, and you wish you were playing with a simpler grid formation than a wheel, and the text explanation for each of the units is pretty much unreadable as it has to be small enough to fit inside the decision wheel for both the units and the buildings. This is replicated  throughout the presentation of the entire game, and so you kind of give up in trying to learn the real intricacies of everything on offer here. It’s a pretty lazy implementation which should have been sorted out before the game was released, which just adds to the lists of frustrations and things that add up as you play. 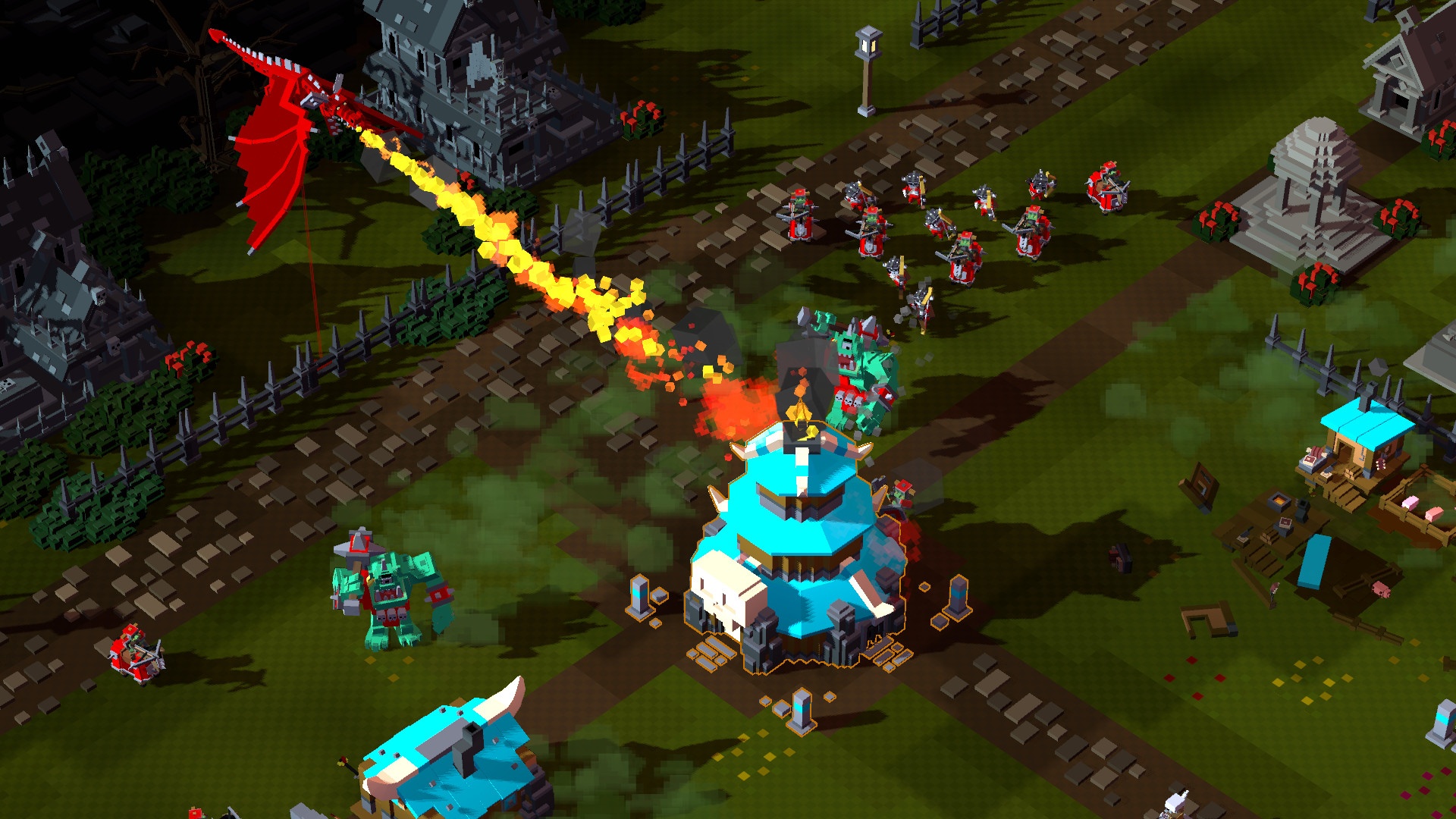 RTS rely on the ability to switch play and react to a given situation, and while you can switch to various parts of the map fairly easily, I couldn’t find an easy way to zoom out of the map so I could get my bearings to where the enemies are. I couldn’t find it anywhere in the instructions, so I guess it simply isn’t there, which meant I spent too many times lost out in the wilderness. It doesn’t help with exploration and it certainly doesn’t help when you are trying to defend your home base.

Even if you are starting the game on the easiest difficulty, you get the sense the opposing team AI is given a huge leg up over you before you even have time to start building units that you would hope would be able to fight back. Sometimes you’ll feel on the back foot before you really feel you are achieving progress, where from absolutely nowhere, the enemy rocks up with several of its most powerful units and you’re sitting there wondering how?

The worst thing is? You’ll return back again and again just to give it one more chance, only to have them dashed time after time. It’s kind of fun, but there are so many frustrations over what appears to be a lazy port. After playing the sister game Invaders! You get the feeling that there is very little thought into the user interface and what a console player is likely to experience. It’s really unfortunate it’s been copied across into this game as well.

I wouldn’t be surprised if you’ll give up playing because you can’t be bothered persevering, because for all the charm Hordes oozes, it really needed more play testing to fit the audience it was intended for.

For all the charm Hordes oozes, it really needed more play testing to fit the audience it was intended for.