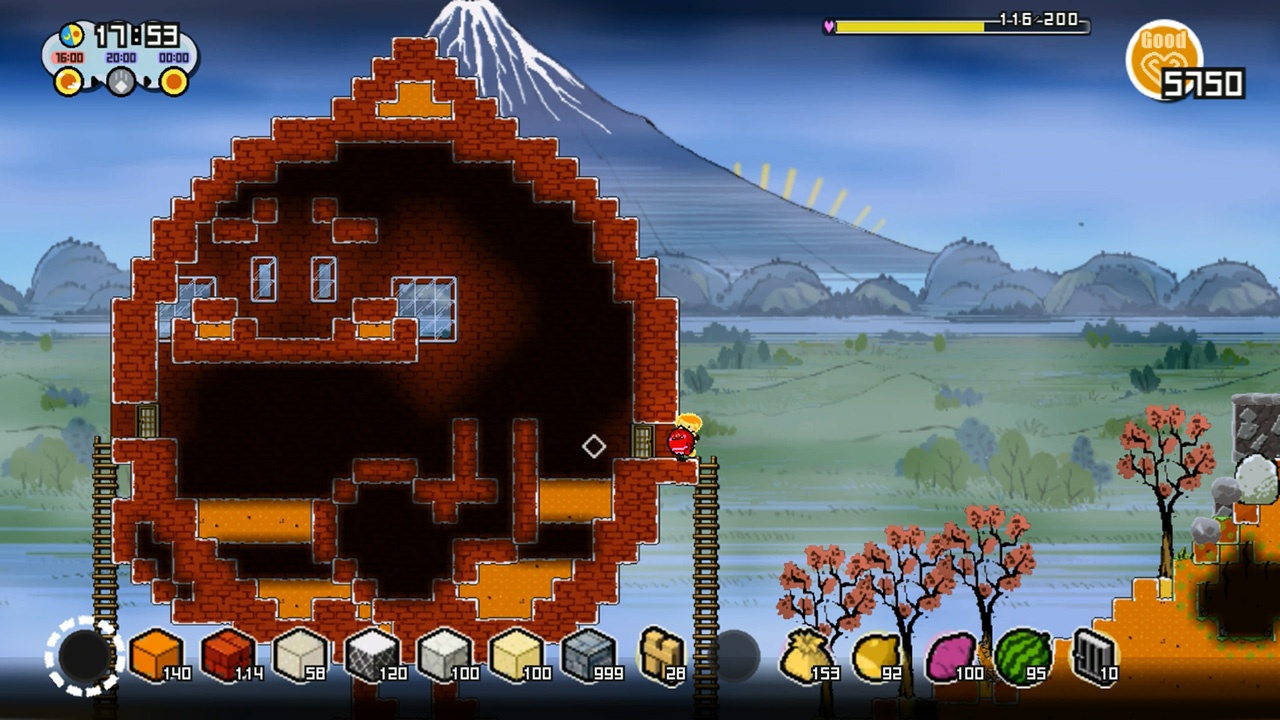 It’s such a shame that Junk Planet is so underwhelming. It’s such a charming game, with many parts that I want to love, but the problems and inconsistencies rear their ugly head too often for me to even see any point in investing time into the title, especially when it does the same as other games, just much worse.

Junk Planet’s biggest issue is its translation. It’s a consistently poor switch from Japanese to English, and a majority of the game is almost completely unreadable. The main problem with this is that it’s not self explanatory, so working out what you’re meant to be doing is downright baffling. Some of the guide can be loosely followed, but for the most part it’s a guessing game, relying on your smarts to work out how to get around.

Luckily, the basics are pretty easy to grasp, even if the story is absolute nonsense. You play the role of a fat, round monster, tasked with clearing up the planet from junk (obviously) with the help of a baby-type thing, who for some reason does all your bidding. There are monsters to defeat, creatures to capture and plenty of ground to dig through. A sandbox title wouldn’t be complete without a whole load of crafting too, so the junk you collect can be used to make useful tools, weapons and clothing. 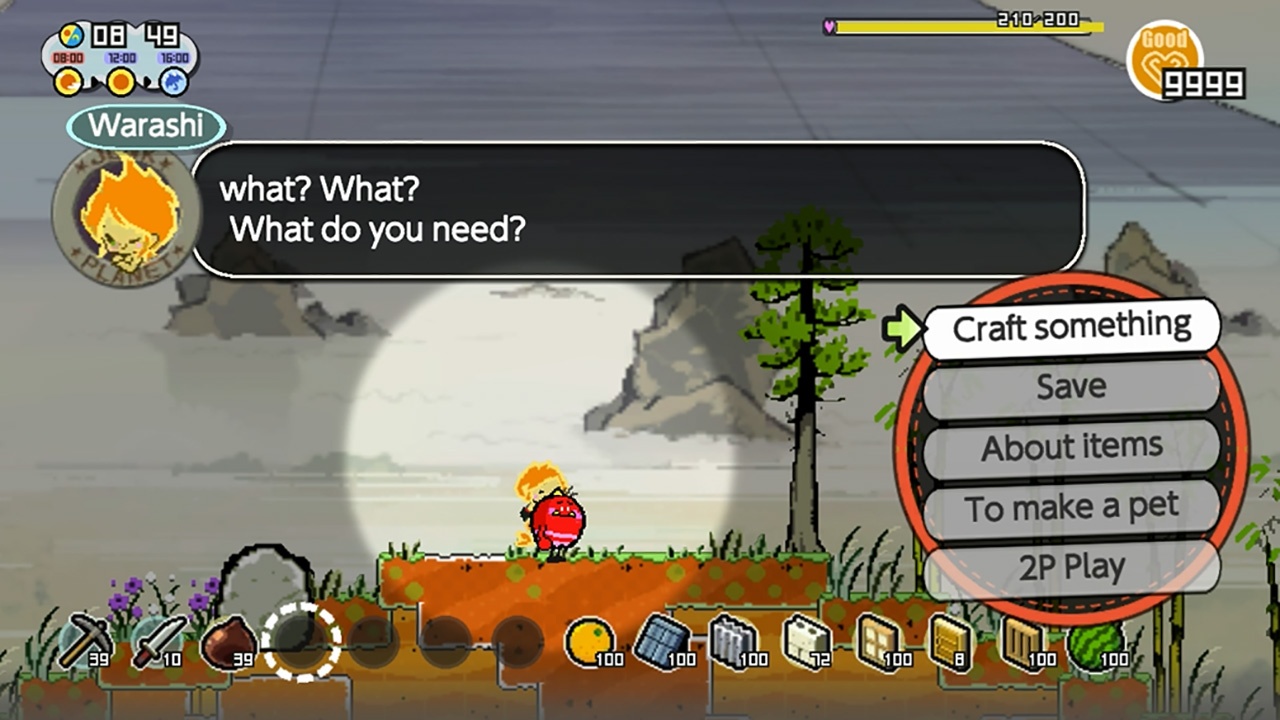 But while it ticks all the usual sandbox boxes, it all just feels like a knock off of better titles. Fighting is unsatisfying, a case of swinging either your fists or a crafted weapon to defeat the blobs and weird creatures that come after you, but because it’s so inconsistent you have to hope your hits land. All activities, from walking and crafting knock health of your character, and because healing isn’t obvious, unless you’re lucky enough to find something you can craft into food, you’ll often just purposefully get yourself killed so you can at least get a little life back, especially as once you’re down to low health you walk painfully slow.

You also rely so heavily on the strange baby thing that, if you want something crafting, the game saving or pretty much anything that doesn’t involve digging you have to chase the little guy down. For some reason though, instead of sitting and waiting for you to come to him, he crawls around the map, occasionally getting himself stuck in weird, hard to get to places. It’s very frustrating to have to travel back and forth constantly if you want to do anything in the game.

It might not be so frustrating if it wasn’t for the horrible controls. Moving is insanely floaty, feeling constantly like you’re running across ice. Picking up, placing and using items is also hit and miss; sometimes, it simply just doesn’t work. There are challenges that you can complete too, but for some reason everything is a challenge in Junk Planet, and you’re scored on everything from swimming, digging and even walking. It’s frustrating that every time you complete any action a pop up appears on the screen to tell you how many times you’ve done something, and frankly, I don’t care if I’ve walked a 30 steps. 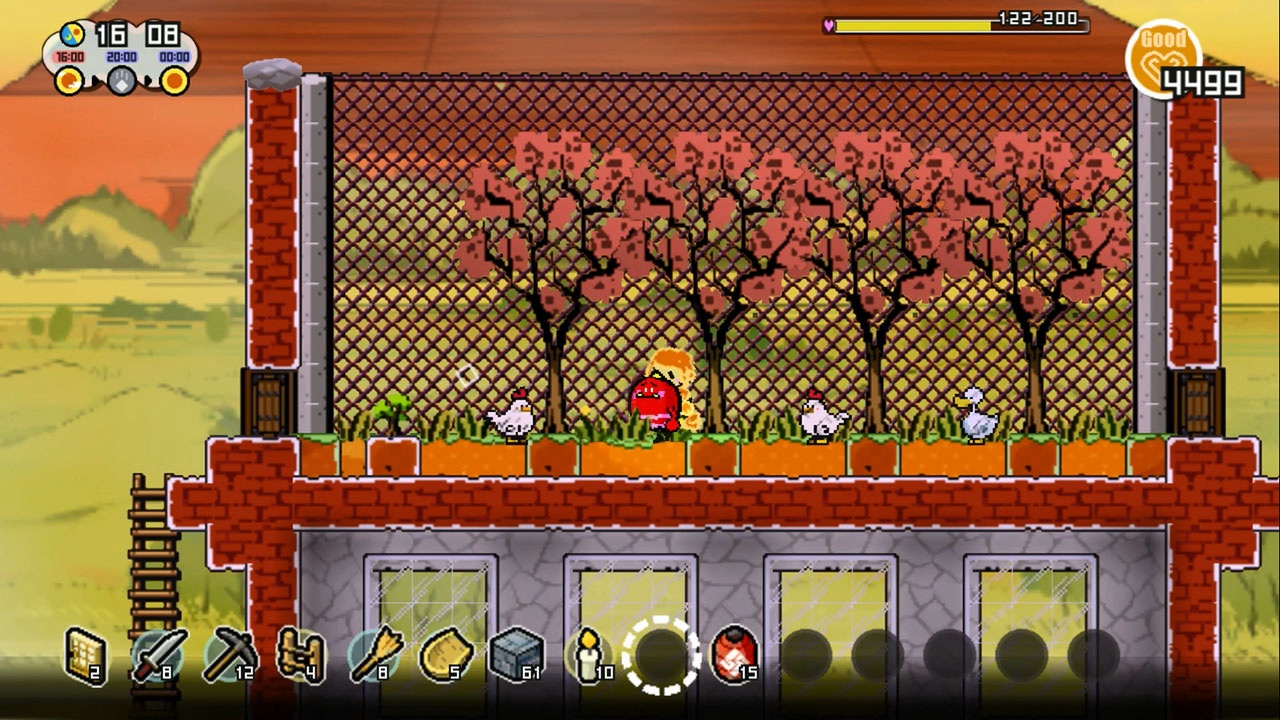 But for all its gripes, some of the game is pretty adorable, such as the pet mechanic. You can grow young creatures into fully developed companions, such as deer, boars and mice. You can also craft makeshift fish tanks and keep things you’ve caught. They’re like miniature virtual pets, especially as they need to be constantly fed and kept healthy and happy. It also has pretty clever uses for some items, and some crafted items are fun to build, such as furniture options and plenty of clothes. It also, for a relatively cheap indie title, looks pretty good. Some of the creature designs are cute, as is the world itself, and the weird and wonderful cast are weirdly charming, even if I haven’t a clue what they’re going on about.

The biggest problem with recommending Junk Planet is that there’s many better titles of the same genre available on the Switch. Terraria, Minecraft, Don’t Starve and Steamworld Dig are all exemplary sandbox titles, all polished, all enjoyable. It’s a shame, because at its core it’s a cute adventure marred by endless faux pas.

Junk Planet’s biggest issue is its translation. It’s a consistently poor switch from Japanese to English, and a majority of the game is almost completely unreadable.