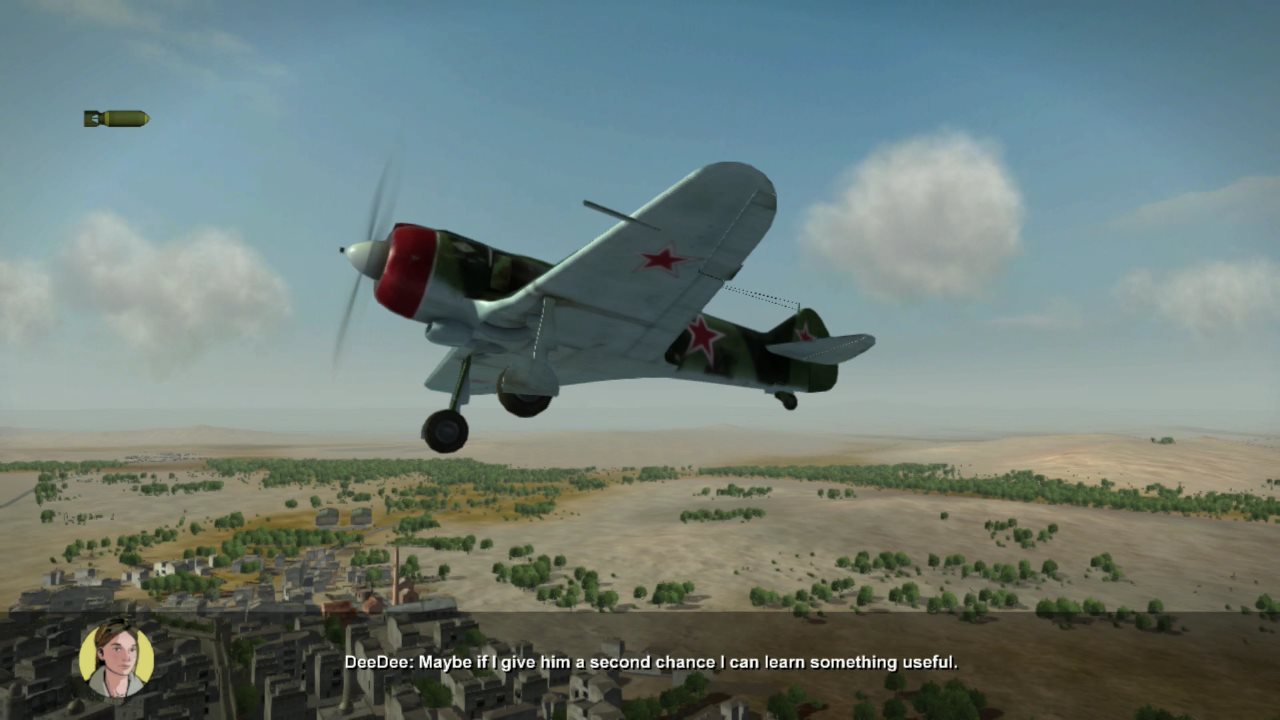 Since its release, the Nintendo Switch has seen a wide-ranging selection of aerial combat games within its library. It can be a daunting task for fans of the genre to know what title will scratch their itchy trigger-fingers or make a barrel-roll in producing a satisfying flying mechanic that both satisfies and thrills. It largely depends on what you’re looking for; historical or modern settings, arcade or realistic handling and third or first person viewpoints. However, if you’re basically looking for a flight combat sim that just simply entertains and holds enough content for the long-term, then look no further than Air Conflicts: Secret Wars.

Developed by Games Farm s.r.o and published through KalypsoMediaGroup, this aerial combat game sets you as a pilot during the Second World War through a variety of locales from the dunes of Africa to the flak of Berlin. Spanning over seven campaigns that comprise of a total of forty-nine missions, you play as Dee Dee, the daughter of a World War One ace, who finds herself embroiled within the conflict through the skill of her flying capabilities. Starting off in the deserts of North Africa, you embark on a journey that takes you across the skies of Europe and through a variety of more than sixteen different aircraft. From the propellered flight of the Supermarine Spitfire, Messerschmit BF-109 and even the Sopwith Camel to the jet-powered roar of the experimental Bolchowitinow BI-3 and the Horten H IX, you soar your way through a variety of missions that involves not just a simple dogfight, but also through bombing runs, escort and protect duties and stealth operations to add a touch of variety to your air time.

The game follows a linear path through a series of graphical-novel style cut-scenes that pushes a story along between missions. For the most part, this is a rather lacklustre part of the game, with a plot and theme that is largely slow-paced and uninteresting. For the majority of the time, it was simply a part of the game that I found myself skipping. However, the majority of players don’t play flight combat sims for the story. It’s the mechanics of flying and the thrill of the chase that forces us to play and in the instance of Air Conflicts: Secret Wars, you’ll be glad to know that it is here where the title simply exceeds. 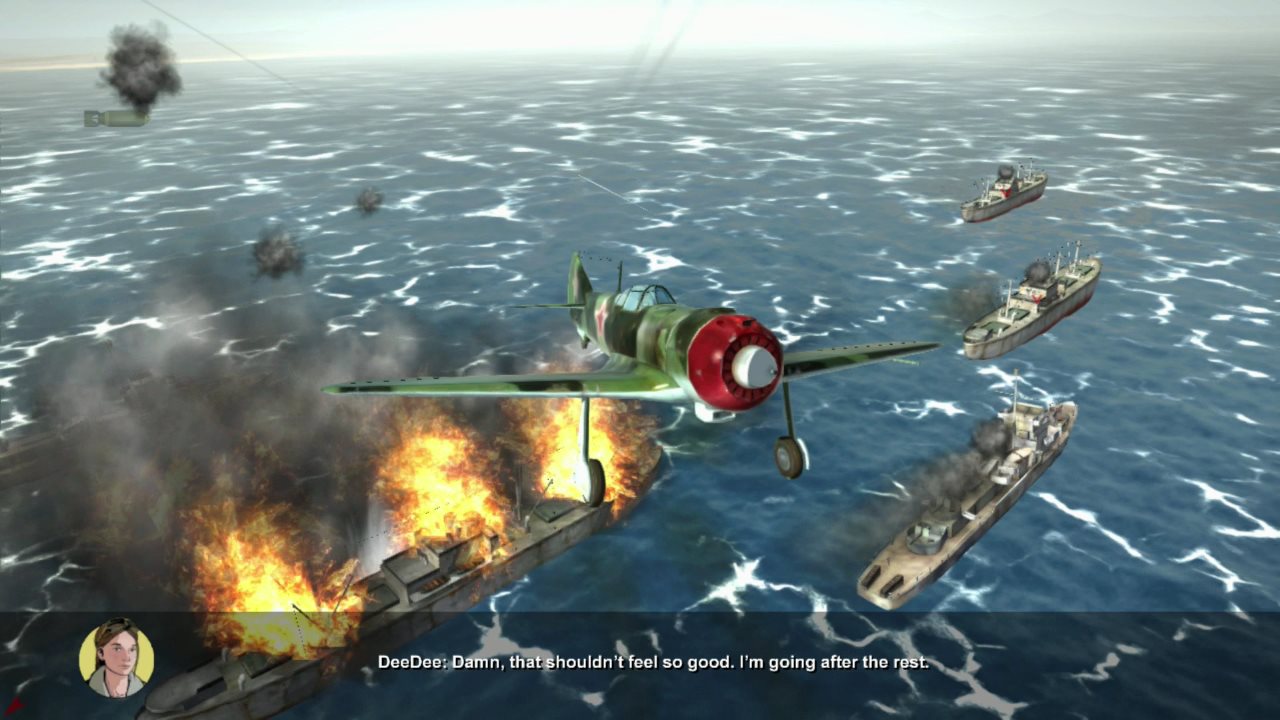 For an arcade-style shooter, the planes handle incredibly well and in an almost, realistic fashion, plus there is also an option to switch the gameplay to more simulated style for any ace pilots out there; as well as the option to view the action from a third-person perspective or from within the cockpit. The models of each of the aircraft on offer are incredibly detailed and certainly look the part; as does the scenery of which you’ll be flying above. In my opinion, this is easily one of the most detailed flying games available on the Switch to date. It’s these mechanics that make the game such a joy to play. The handling, control scheme and even the enemy manoeuvring techniques play in a very satisfying way. The mission varieties also help to keep a staleness at bay, tasking you with all-out dogfighting one minute to delivering casks of whiskey the next and even forcing you to fly low-level at night in a series of covert operations where stealth flying is essential. It all adds to keep things fresh, as well as produce an air of excitement through the flying of the game’s missions.

Through mission progression, you accrue a series of stars that unlocks further varieties of aircraft to fly. You can choose what aeroplanes you wish to fly, although the game does recommend certain models for specific missions and for the most part, are the best plane for the job. Mission lengths can vary in time, from multi-branching flights that change on-the-fly, to quick aerial reconnaissance to package deliveries. You can even perform landings and take-offs during the missions, although this is largely an automated process, requiring you just simply fly through a series of rings to touch-down on the ground. 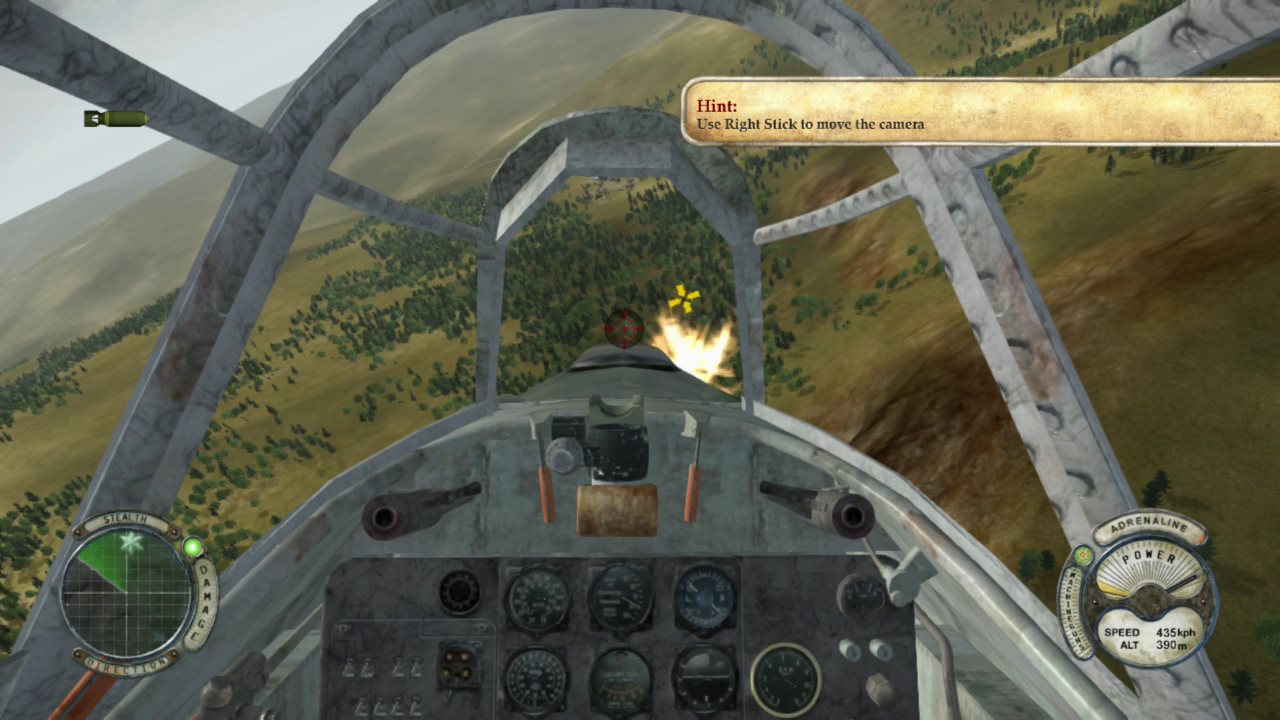 The aiming mechanics of any aerial combat encounters involve honing your sights on a reticule that positions just in front of enemy aircraft, giving you the perfect aim with which allow for the movement of the enemy manoeuvring. It also contains an aim-bot style of mechanic, locking your sights to the reticule, although it’s not an automatic process here and some manual firing and adjustments are needed, giving the game a really nice balance in its aerial combat mechanics. It creates a satisfying element of combat that seasoned pilots won’t mind and new recruits find incredibly helpful. However, this can all be tailored-made within the options menu, allowing you to fine-tune the game to your own preference and skill level.

As well as a solo campaign that lasts a decent amount of time, you can play through a series of customisable dogfights that pits you against a constantly spawning array of enemy, as well as take the fight online through a series of playlists that span across eight-player dogfights to team dogfights and capture the flags to destroy and protect styles of play. Despite reviewing this game a couple of weeks after its launch date, I was unable to find any occupied lobbies with which to try these modes out. Unfortunately, it’s an all too common problem with a large majority of indie games on the Switch. Hopefully, with time, the lobbies will become more populated.

Overall, Air Conflicts: Secret Wars is one of the better aerial combat sims available on the Nintendo Switch. Despite containing a rather lacklustre story, it’s in its flying mechanics that the game really shines through. With a high level of detail and attention to aircraft models and sceneries, as well as a variety in its content, this is a title that entertains throughout the majority of its playtime and if the online audience begins to grow, will also be a title that lasts over the long-term. It does contain a few niggles that some might not like, like the inevitable invisible wall syndrome but if things like this don’t really bother you, like me, then this won’t be a purchase that disappoints. There are a wide variety of games within its genre available on the Switch, but if you’re looking for a game that gets that the sensation of flying just right, then this is one of them.

It’s no secret that this air war holds no conflict in its satisfying combat and flight mechanics.